Deciding on the best time to visit New Zealand comes down to choosing between the unique drawcards that each season has to offer. There are so many incredible places to visit in New Zealand all year round, from the adventure playground of Queenstown to the iconic fiord of Milford Sound, with its imposing, tree-coated cliffs and tannin-stained water.

Decide on the activities that are on the top of your list, and use this guide to determine when is the best time to visit New Zealand, for you!

At any time of the year, there is something spectacular to enjoy in New Zealand, seasons and weather permitting. Also to consider, the further south you venture, the cooler temperatures will be. 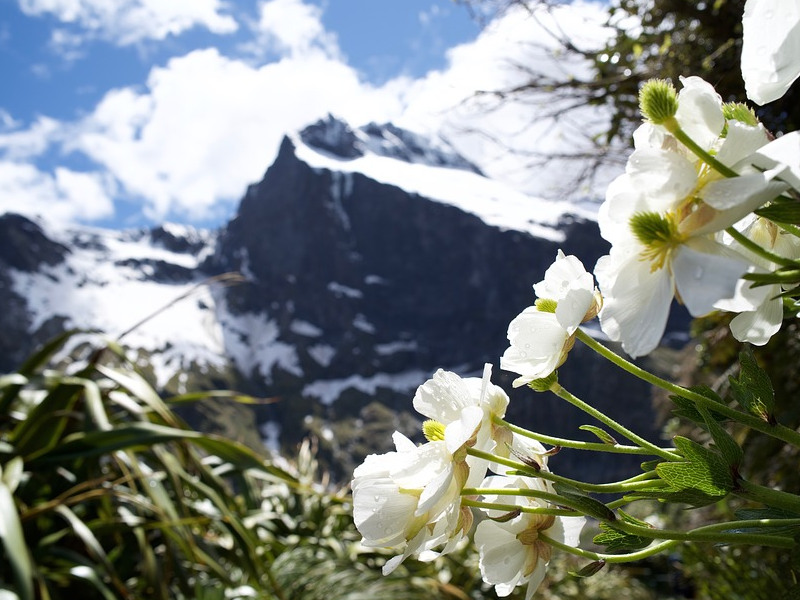 The New Zealand climate dictates distinct periods of spring, summer, autumn and winter on both the North and South Islands, however, the South Island tends to be a few degrees cooler than its northerly counterpart. 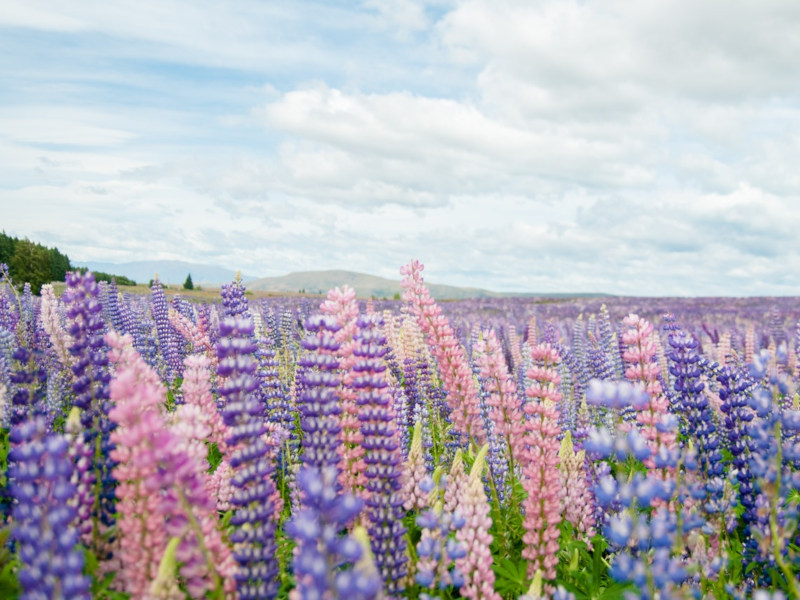 The bloom of spring in New Zealand is also the windiest season of the year, so those winter layers will only slowly get peeled away, from September through to November. Snow-capped peaks still linger on the Central Plateau of the North Island and the Southern Alps of the South Island. Take advantage of some of the best weather in New Zealand during the spring-summer period and visit the flowering indigo lupins along Lake Tekapo.

Summer is widely regarded as the best time to visit New Zealand, as the weather is at its optimal overall. The summer months span from December to February, bringing with them longer days and balmy nights. This is also considered the peak season for tourism, with both local and international visitors flocking in to enjoy the many festivals and great New Zealand weather. 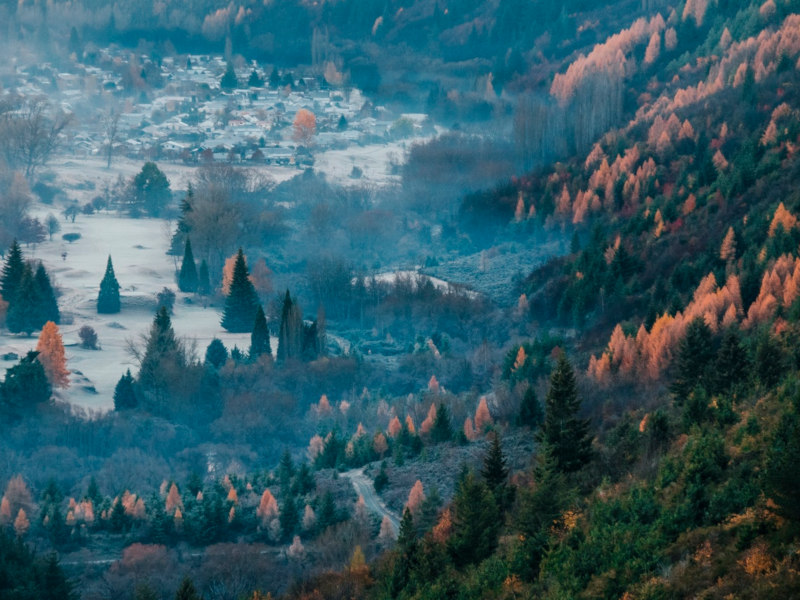 The golden hues of autumn (or fall) cascade over New Zealand’s landscape from March to May, ushering in cooler, crisper temperatures and spurts of that high average rainfall that the island country is known for. Days are still long and edge ever slowly into the upcoming winter season. Take in some of the changing colours at their best during this time, in the wine region of Central Otago on the South Island.

While the central and northern regions see a fair amount of rain during the winter months of June to August, conversely the southern regions are experiencing a drier period at this time. Hit the powdery white slopes as the mountainous regions of the north and south Islands become heavy with winter snow and humpback whales make their migration past Kaikōura on the South Island coast.

The span of spring sees the sunrise at an average time of 06:50, before dipping below the horizon again at around 18:40. Early birds will get the most out of the long summer days, if you’re up for the 06:00 wake-up call, but you’ll still get a good few hours in until the sun sets at around 20:20. 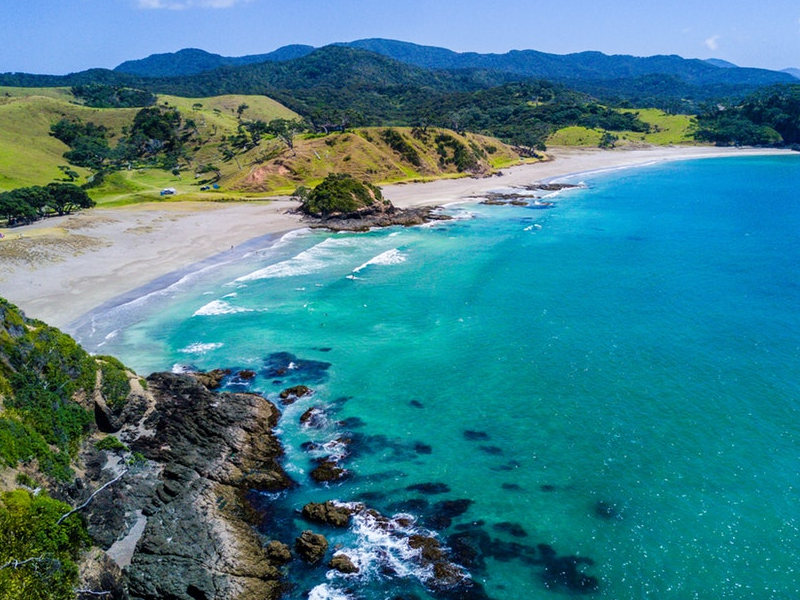 New Zealand is an island archipelago with a coastline that borders both the Pacific Ocean and the Tasman Sea. Sea temperatures vary between the North Island and its cooler neighbour, the South Island.

How much are flights to New Zealand?

Although any time of year can be considered worth the visit, take into account that the best time to visit New Zealand by weather could see you travelling during the busy and expensive peak season.

New Zealand’s peak season coincides with summer and local school holidays, so you can expect to pay a premium during this time for flights and accommodation. Be sure to book early, as you may pay up to 27% more for flights during this time, than in the months spanning the low seasons.

Autumn and spring are considered the low tourist seasons but may be the best time to travel to New Zealand as the islands implement off-peak rates, and the burgeoning crowds of summer start to settle down. March sees the cheapest flights, at 21% less than in the height of the peak season and these lower prices continue through to May.

Winter is regarded as the low season for tourism due to the weather, with fewer crowds and off-peak rates in most of the lower lying and coastal regions. As a result of the incoming ski season, with mountainous regions becoming blanketed by snow, flight prices, however, can increase by up to 22% at the start of winter and accommodation prices at the ski resorts increase. 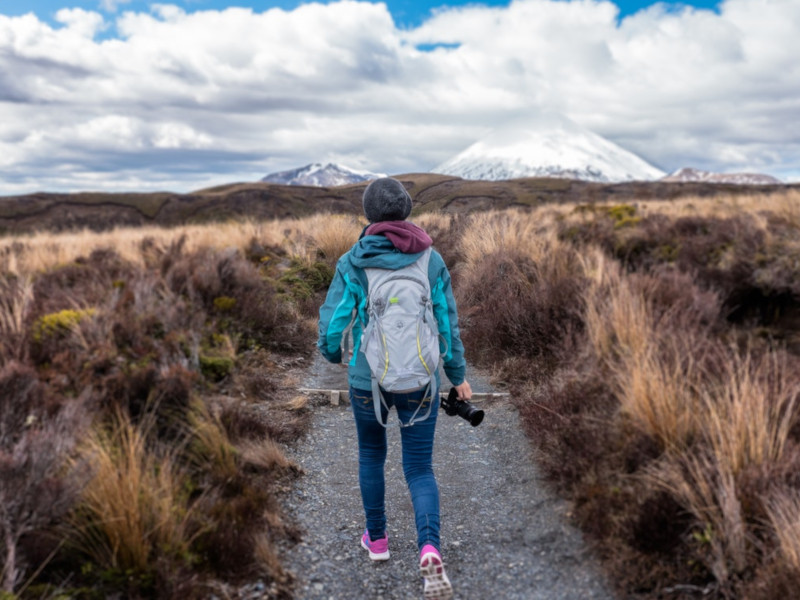 There’s something for everyone to enjoy throughout the year in New Zealand, from activities in the spectacular, changing landscapes and visits to local landmarks to an array of festivals and events.

A design competition of epic proportions and international acclaim, WOW draws in entries from around the globe and showcases the most innovative wearable art. The capital city of Wellington attracts tens of thousands of spectators each year, who flock in to witness the avant-garde garments and displays.

Considered one of the best ways to ring in the new year, New Zealand’s East Coast plays home to the premier three-day international music festival that is Rhythm and Vines. Take in the world’s first sunrise of the new year in Gisborne, while being entertained by top musicians.

Dating back to 1840, the one-day sailing regatta is an annual event that brings the ports of Auckland to life, on the last Monday of the month. Expect the public holiday to draw in thousands of regatta revellers, sailors and sea vessels. The anniversary weekend also bustles with music, food and more in the days following the regatta. 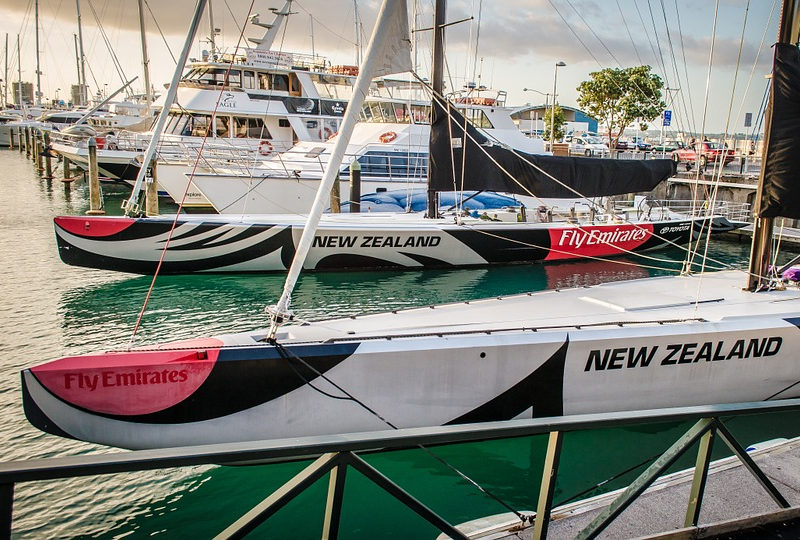 Over the Easter weekend in Auckland, the Royal Easter Show continues to bring in locals and visitors alike for an array of family-friendly fun. Attractions include Easter hunts, carnival rides, world-class circus acts, an animal farm, motocross performances, music, food and more!

In celebration of the start of winter, the city of Queenstown bursts at the seams with fireworks, live music, winter games, comedy, and even mardi gras. Local pooches can bark it out at the Monteith Dog Barking Competition and the brave can bare (almost) it all for the Jucy Undy run across the icy cold bay, in their undies. 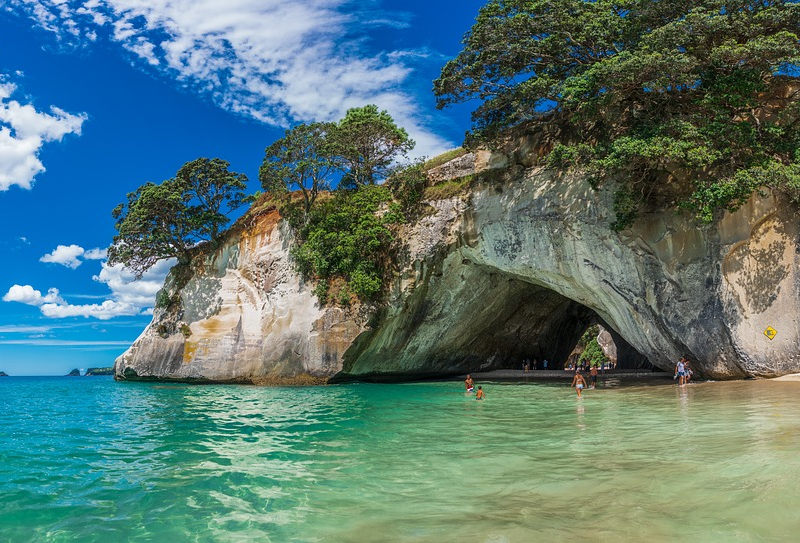 Whether you are more of a beach bum or a ski bunny, there’s a coastal escape or snowy piste calling your name! Pick the best time to visit New Zealand for you, and get onto booking your dream trip to the island nation asap.

Travelstart is here to help you find cheap flights to New Zealand and the best hotels. For more incredible flight specials, you can sign up to our newsletter. All that there is to do now is start dreaming about the Land of the Long White Cloud or Aotearoa. Better start brushing up on your Māori too!