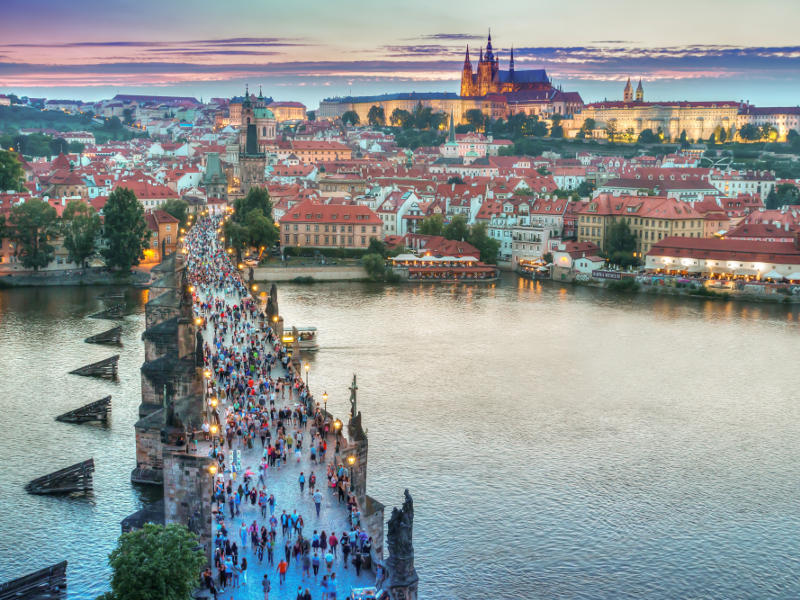 If you’re travelling to the Czech Republic, it most certainly means visiting Prague, but this little country is home to so many more stunning sights. With 12 UNESCO World Heritage sites and hundreds of small towns and hill-top castles, the Czech Republic is the epitome of a medieval fairytale country. Take a look at these incredible things to do in Prague and the country’s smaller towns too.

Things to do in Prague

Built in the 9th century, Prague Castle is the largest ancient castle in the world. Overlooking the Vltava River, Prague Castle is an impressive piece of architecture. It is an important symbol of the Czech state. During your visit, you’ll find an extensive collection of palaces and ecclesiastical buildings of various architectural styles at this phenomenal castle.

An important thing to do in Prague is to go and watch the oldest operating astronomical clock. This medieval tower clock is located at the southern side of the Old Town Hall Tower. When the clock strikes the hour (from 09:00 to 23:00) you will see a procession of the Twelve Apostles in motion. 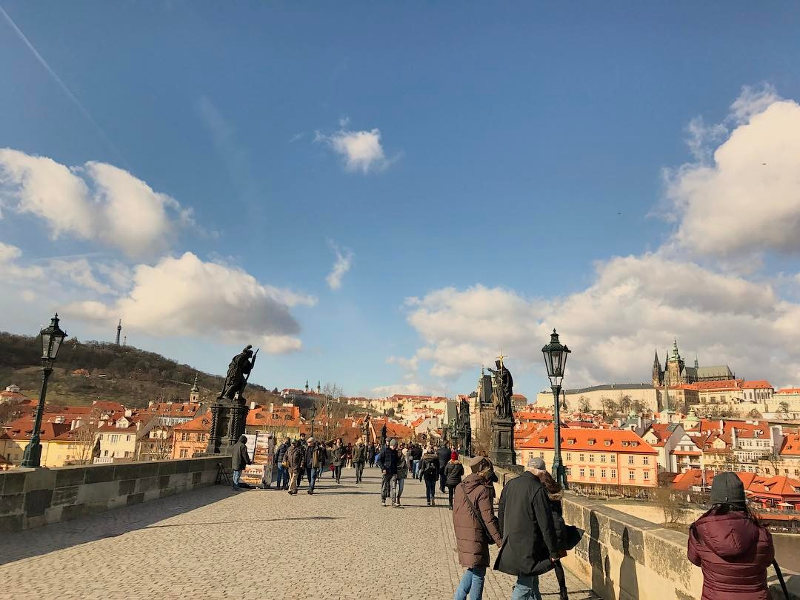 Charles Bridge is the stone Gothic bridge that connects the Old Town and Malá Strana (Lesser Town). Commissioned by the Czech king and Holy Roman Emperor Charles IV, building began in 1937. For an enjoyable and equally memorable thing to do in Prague, go for a scenic-rich walk across Charles Bridge.

Visit the Wallenstein Palace within the garden walls and you’ll see an epic piece of sculpture, the dripstone wall. You can enjoy the peacefulness and absence of crowds here. Take in the sights and sounds of such ducks and peacocks, and enjoy the relaxed atmosphere of the fish pond. But the winning feature has to be the dripstone wall which was supposed to represent artificial stalactites found in limestone caves. The peculiar shapes will surely intrigue you!

Take a selfie at the John Lennon Wall

This interesting wall is the perfect spot in the city to capture and let others know about one of the best things to do in Prague. The John Lennon Wall is filled with impeccable graffiti and lyrics from Beatles’ songs. Nineteen-eighty saw the start of John Lennon images appearing after his assassination. The wall serves as a way for citizens to express their grievances. So, every time you visit Prague, the content on the wall will have changed. 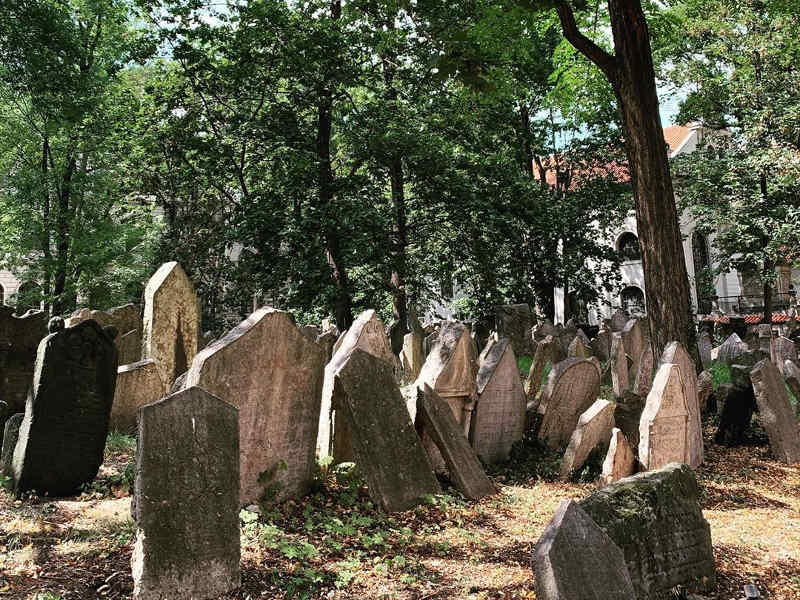 Stroll through the Old Jewish Cemetery

A visit to a cemetery might not be top of your list of things to do in Prague but believe it or not, the Old Jewish Cemetery is a fascinating space filled with many historical stories. Wander through the twisting valleys and admire tombstones encroached by spectacular creeping vines.

Take in the sunset at Riegrovy Sady

Head to Riegrovy Sady (Rieger Gardens) as this English-style public garden is ideal for strolls or a good run. From Riegrovy Sady, on a hill, you’ll get to see beautiful views toward Prague Castle. This lush garden is home to a massive beer garden. It is the perfect venue to enjoy a cold beer during spring and summer afternoons.

Things to do in the Czech Republic’s smaller towns 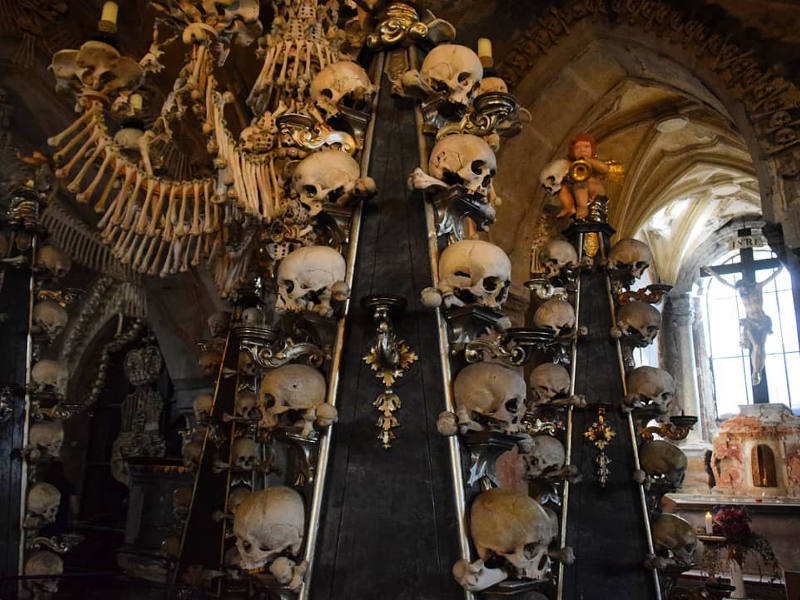 Kutna Hora is a picturesque town which is home to one of the best examples of Gothic Architecture in the world – the Saint Barbara Cathedral. Having begun in 1388, it was finally finished in 1905 and has a spectacular vaulted ceiling, flying buttresses and stained glass windows. Be sure to visit the ossuary or “bone chapel” in the suburb of Sedlec which is decorated with the exhumed remains from the cemetery it is  built on and even features a human bone chandelier!

Explore the striking beauty of the Moravian Karst

Just north of the southern city of Brno, is the Moravian Karst wilderness, filled with more than 1100 caves and gorges which are an adventure and outdoor enthusiast’s heaven. Whether it’s above ground on the myriad of hiking and cycling trails, or below ground in one of the four massive caverns, there will be a definite adventure to be had! Visit the 76-metre wide sinkhole cave of Mococha Abyss or take a cruise on the underground river in Punkva Cave – well worth it!

Be blown away by the medieval buildings of Cesky Krumlov

Set deep in the Vlatva River valley in the south of the Czech Republic, Cesky Krumlov has a wealth of Bohemian architectural treasures, the most famous being its castle, perched atop the cliffs alongside the river and the second-largest in the country. It is also near to many other special sites like one of Bohemia’s oldest monasteries, the Zlata Koruna and Hluboka Castle, modelled on Windsor Castle in England. 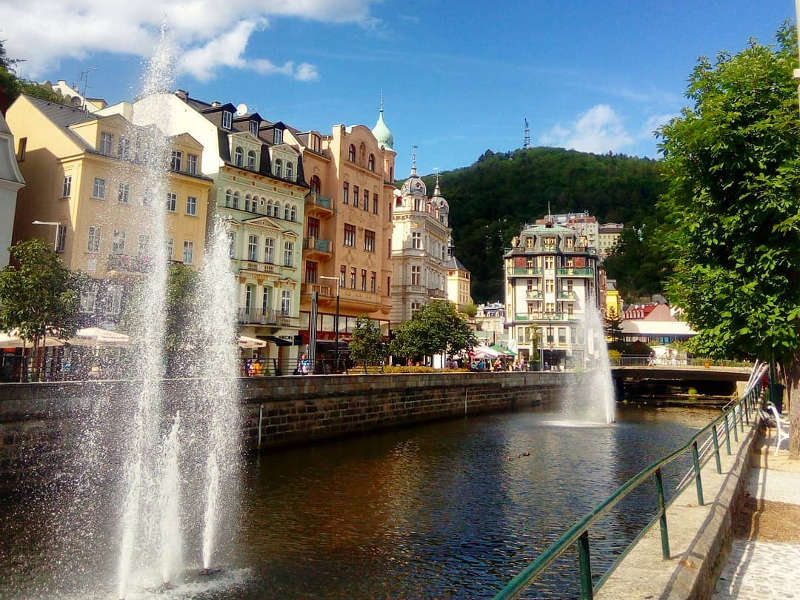 Kick back like royalty in Karlovy Vary’s hot springs

In the far west of the country towards the German border, nestled in a forested valley is the spa town of Karlovy Vary.  It was founded by Holy Roman Emperor Charles IV in 1370 to exploit the healing powers of the hot springs here. This extraordinarily picturesque town has been popular with tourists for centuries and counts Russian Tzar – Peter the Great, Attaturk (founder of modern Turkey) and musicians Beethoven, Chopin and Mozart amongst its former patrons. Take time out to enjoy a luxury spa or stop by the exclusive Moser Glass factory’s visitor centre.

Go back in time at the Karlštejn castle

The formidable fortress of Karlštejn is just 30 kilometres from Prague and is one of the finest examples of Gothic fortresses to be found anywhere. Built in the 1300s by Holy Roman Emperor Charles IV, Karlštejn was intended to house the Emperor’s crown jewels and treasures as well as holy relics. You’ll be able to view the crown of the Czech kings, the world-famous panel paintings in the Church of the Holy Cross and the original decorative mural from the 15th century. 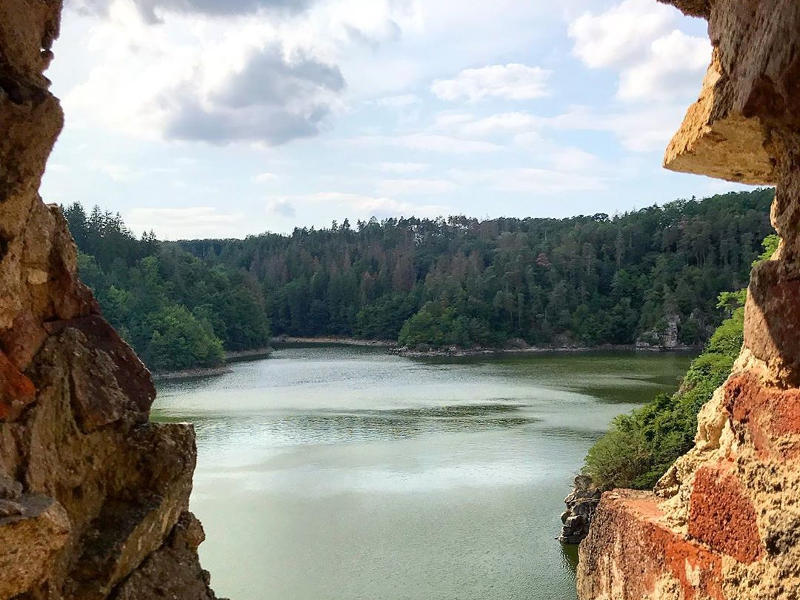 Now you’re in the know with the best things to do in Prague, and once you’ve had your fill of the capital city, you can head out to more stunning sights in the Czech Republic’s small towns.

To find out about the best flight specials to the Czech Republic and other incredible destinations, sign up to our newsletter.

Have you visited the Czech Republic recently? Let us know what your favourite things to do in Prague and the country’s smaller towns are, in the comments below.