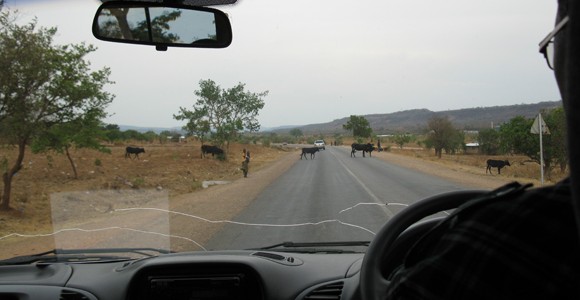 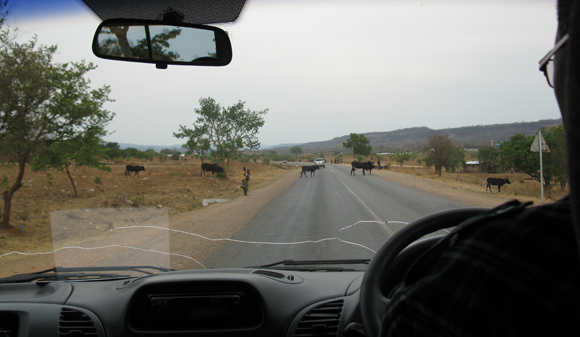 It is early afternoon. We have left Lusaka and are on the road to Kafue National Park.

The highway that runs west from Lusaka is a dual carriageway with narrow dirt hard shoulders on either side and intermittent road markings. Unlike some roads I have travelled on in Africa the potholes are few and far between and drivers who are relatively calm when overtaking.

I take out my headphones and turn on my iPod; planning to watch the landscape slide past. ‘Movin on Down the Line’ by Jerry Lee Lewis clicks on.

I love this song.

Well, you can’t be my lovin’ baby
You ain’t got the style

We pass groups of women and children selling mangoes on the side of the road and start up a slight hill. Boys on bicycles fly down the road; one pedals furiously before standing and free-wheeling. His eyes are wide with exhilaration.

Whoosh. He is past us.

I’m a-gonna get some real gone love
That’ll drive a cool cat wild
I wanna move, move on down the line

We pass over the rise of the hill, ahead and to our right is another group of women selling mangoes. Ahead and to our left a small herd of five or six cows amble along. Like the other cows we have passed they are a few metres off the road, minding their own business. One of the cows, brown and medium sized, slowly walks into the road, less than 100 metres in front of us.

She is looking in the other opposite direction.

Gonna get me a gal, then I go out on the town

David, our driver, begins to break. Don’t swerve I think, don’t lock the brakes; do either of those and the van will roll. David applies the brakes smoothly and we slow steadily and smoothly. There is plenty of time for the cow to get out of the way.

The cow looks up at us and freezes.

I’m gonna get me a gal, make some time

The wheels have locked, the tyres are screeching, I am pushed forward, my seatbelt snaps tight across my stomach and holds me in place. The cow is still staring directly at us. Such big beautiful eyes she has.

We are not slowing fast enough.

Well, I wanna move on down the line

I clamp my teeth down, locking my tongue safely away and await the inevitable. Eyes wide, mouth open, the cow tries to move but slips as her hooves slide uselessly on the smooth asphalt. David waits until the last second and pulls the wheel to the left in a desperate attempt to avoid her.

We hit the cow.

I’m gonna move, move on down the line!

Thud. Right on her rump. The impact is much lighter than expected, David has managed to slow the van almost to a stop. The cow staggers, down and away from the van. I can see her baying although I cannot hear the sound over Jerry Lee and the muffled yelling from within the van. Out the right hand window I watch her stumbling across the road and into the bushes on the other side.

I pull out my headphones and look around at my travelling companions. Is everyone alright? I ask. The cow! The cow! Is she ok? Did you see where she went? Come the answers. Excuse me but f*** the cow – are you alright? Yes, yes, everyone is fine but what about the cow? She’s absolutely fine, I say. I saw her cross the road and walk away.

It isn’t entirely a lie I tell myself. Besides, if they think the cow is hurt they might go running across the road after her.

We get out the van to see what damage has been caused but there is only a small dent in the bodywork, not even a broken headlight. It is then that I notice that one of the women who was selling mangoes is crossing the road, shouting and gesturing with one hand. He other arm cradles a baby that is clutching an exposed breast and suckling heartily; oblivious to the commotion our encounter with the cow has caused.

What is she saying? I ask Solistor, our guide; expecting to hear of threats to call the police and demands for compensation. His answer surprises me. She is saying that our driver did a wonderful job, such very good driving; he barely even bumped that stupid cow. She smiles and starts laughing. Yes, haha, stupid cow. I laugh with her but my heart is still pounding.

Solistor ushers us back onto the van. We still have an hour to go until we reach Kafue; the people at the lodge are waiting for us, he says. They have prepared lunch which we will have on our river cruise when we get there.

I take some pictures of the ladies on the side of the road and we wave to each other as David pulls away.

Lunch on the Kafue river is waiting.

Travels in Zambia – Part I: Lusaka. 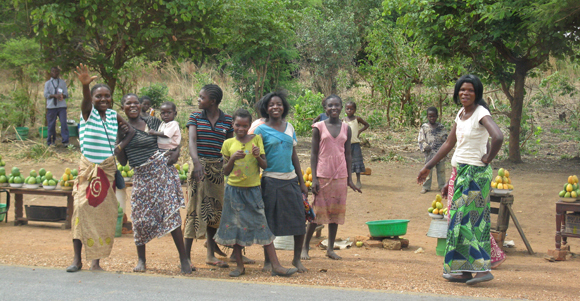 The friendly woman with her baby is second from the left 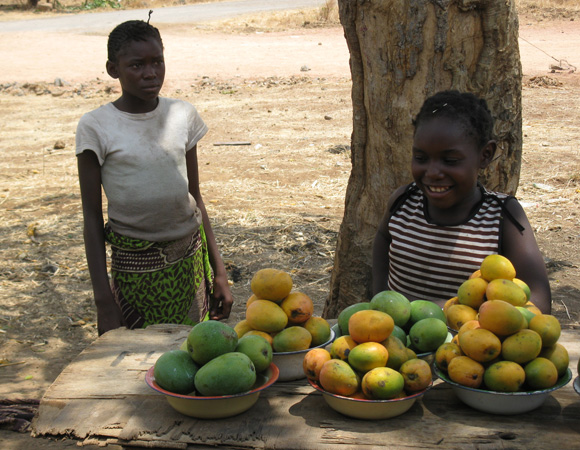 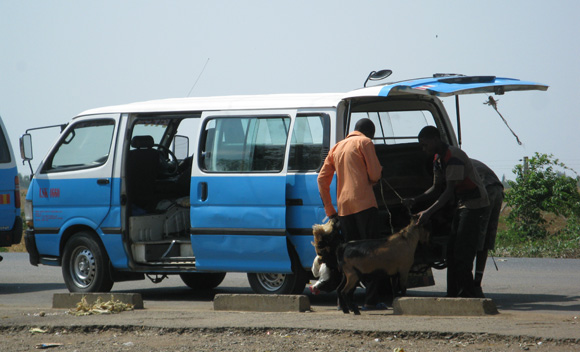 Goats being loaded under the seats of a minivan 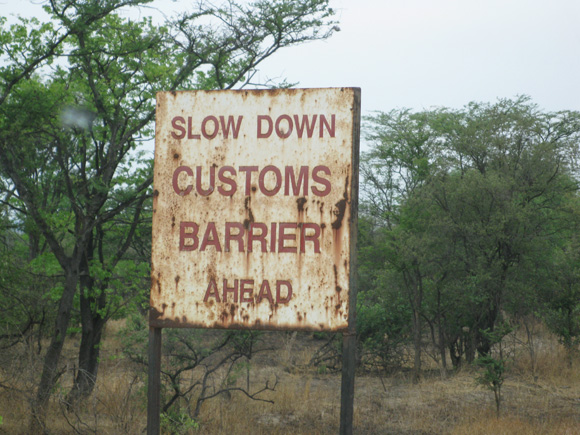