The Province of British Columbia in Canada recently played host to the 2010 Winter Olympics, with events held in Vancouver and Whistler. This summer, the province is celebrating a significant milestone – the 100th anniversary of BC Parks. 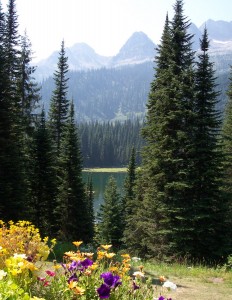 Located on the West Coast of Canada, the province of British Columbia (BC) is well known for being one of nature’s great playgrounds. BC Parks is the governmental agency responsible for overseeing 830 provincial parks and more than 11,000 campsites, which cover more than 114,000 square kilometres (To give you some perspective, if BC’s Parks were a country, it would be the 100th largest in the world, slightly bigger than Cuba, South Korea or Liberia).

Back in the early 1900s, the demand arose to create a system for maintaining and preserving the natural treasures in this region, thus the creation of BC parks. Today the organization is responsible for the designation, management and conservation of a system of ecological reserves, provincial parks and recreation areas, with an emphasis on the protection of areas containing nationally and internationally significant natural and cultural features and outdoor experiences.

BC Parks are celebrating this anniversary in a variety of ways, with numerous free-of-charge events scheduled from August to December 2011 at parks throughout the province. (Visit BC Parks web-site for a complete list of events)

If you get the opportunity to visit the province of BC in Canada, you simply have to visit a variety of BC’s parks.  They are open to all for free and are one of the region’s great natural treasures.