As most of you are aware, Australia was hit with a series of significant floods in December and January. The damage has been estimated in the billions of dollars, with the most hard-hit regions being the provinces of Victoria and Queensland. 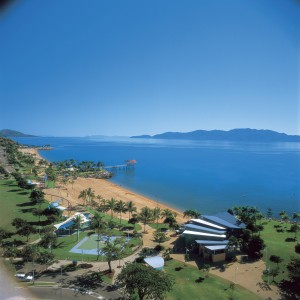 What does this mean for travellers planning to visit Australia in the near future? Should you forego a potential trip this year because of the disaster, or should you forge ahead regardless of environmental events beyond your control?

Tourism Queensland (who you may have heard of from last year’s Best Job in the World contest), has a message for travellers on their web-site this week:

While Tourism Queensland of course wants to promote tourism to their region, their message emphasizes a common sense that all travellers should be equipped with.  Australia is a massive country; Queensland province alone is bigger than 90% of the world’s countries, and the flood has affected some but not all areas.

To date, parts of Central Queensland, Queensland’s Outback, Western Downs and the Lockyer Valley continue to be affected by the floods and access to these areas is restricted, as are certain areas in the North and North-West of the province of Victoria. But other than those areas, most of the country is open for business.

Most of Queensland’s major tourism destinations including the Gold Coast, Sunshine Coast, Fraser Coast, Bundaberg, Gladstone, Agnes Water, 1770, Whitsundays, Mackay, Townsville, Cairns and Tropical North Queensland are accessible and tourism operations are open and ready to welcome you, including beaches, island resorts, accommodation providers, tour operators and attractions. All travellers are advised to check with tourist authorities to ensure the specific area you want to visit is operational.

Stay clear of areas that are in a state of emergency, but realize that the damage caused by the floods hits only specific parts of a country, and not the entire nation.   As always, if you travel safely and use good judgement, you will rarely be disappointed.