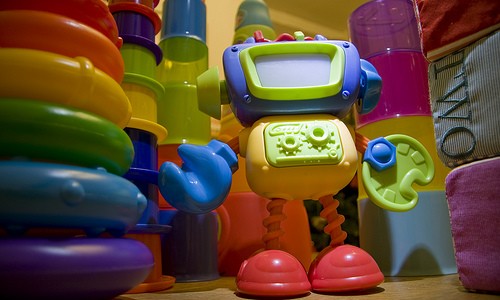 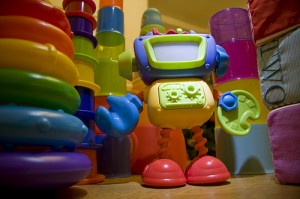 Checking into the Yotel hotel New York is almost like checking into the future. This already very futuristic looking hotel near Times Square introduced a robot luggage handler last year. This massive robot arm, which the Yotel hotel New York has aptly called ‘Yobot’, can collect, store and retrieve luggage in and from lockers in the hotel lobby. That way guests that have checked out can wander around the city luggage-less before going home. Unfortunately, the robot doesn’t know how to shoot it up to your room yet, so I’m afraid you still need to lug it into the lift and into your room yourself.

What it can do however, is chute your bag all the way to JFK, Newark and LaGuardia airports. The Port Authority of New York and New Jersey have built an underground tunnel system that links Manhattan hotels with the airports and the Yotel hotel New York is the first New York hotel to offer this service. The low cost airline Jet Blue is the first airline to have signed up to handle luggage transported through the system and more airlines will apparently soon follow.

More and more services are being replaced by robots and machines these days and some people might find all of this a bit cold and impersonal.  But hey, this robot at the Yotel hotel New York does its job without huffing and puffing and you don’t have to worry about tipping him either. How very conveniently futuristic is that?