Stranger Things keeping you up at night? In the spirit of Halloween Travelstart brings you 10 hideously haunted spots to explore this Halloween- if you dare… Ghoulish tales of gore and ghosts will frighten even the most foolhardy adventurer.

For frights and fun join in the 1.7 km Zombie Walk (over 3500 zombies attended last year) in Cape Town on the 29 October. Get your tickets for the after party here. 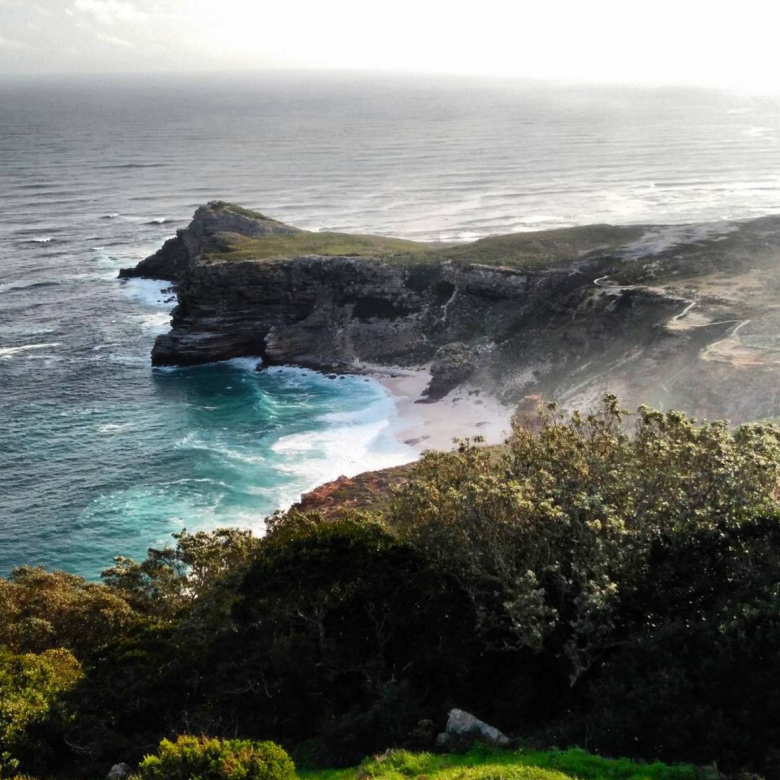 Over the years lighthouse keepers at the Cape of Good Hope have reported multiple sightings of the ghost ship the Flying Dutchman during storms. The famous ship tried to find safe harbour during a terrible storm around the Cape of Good Hope but never made it and is now doomed to sail the seas for eternity. It is considered a terrible omen to see the Flying Dutchman while at sea. On a stormy day make your way to atmospheric Cape Point and you may spot the famous ghost ship in the eye of the storm. You can also get a ticket to ride the Flying Dutchman Funicular at Cape Point. 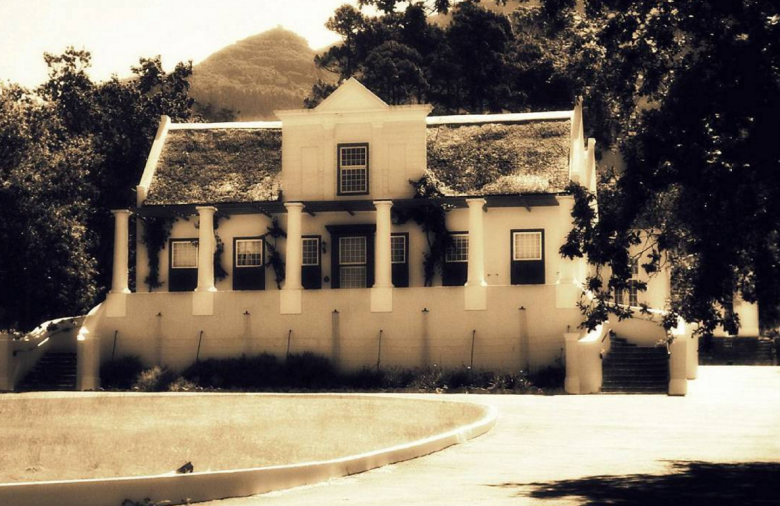 On New Year’s Eve be sure to visit Tokai Manor House set amongst ghostly trees. It is a National Monument which has escaped damage from terrible fires and now houses the headquarters of the Table Mountain National Park.

In the early 1800s inveterate partier Petrus Michiel Eksteen became the owner of the house. The house has a dramatic entrance with steep stairs and at one of Eksteen’s raucous New Year’s Eve parties, his son Frederick accepted his father’s wager to ride his horse up the staircase and into the dining room. Frederick circled the dining room table on horseback before tragedy struck and he fell down the stairs with his horse, breaking his neck. These days one can hear a horse galloping at full speed in the forest, and on New Year’s Eve the ghostly rider attempts to ascend the stairs once again.

3. Ghostly sightings in Matjiesfontein, the Karoo 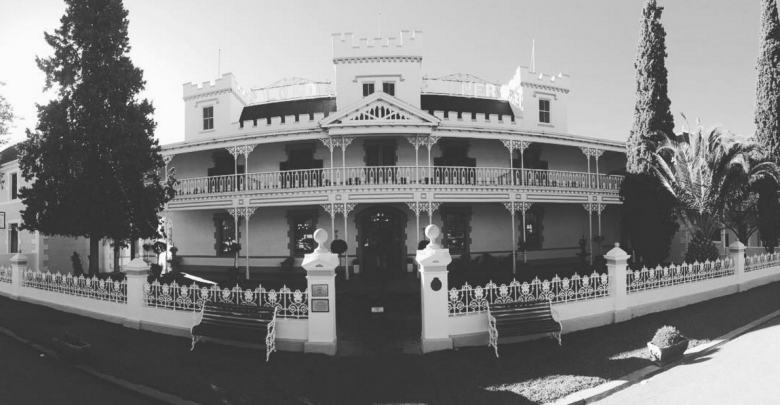 The splendid Matjiesfontein hotel in the middle of the Karoo is full of ghosts. You may hear Katie shuffling her cards in Katie’s Card Room, or see the ghost known as Lucy wandering around in her negligee. Ghostly British soldiers from the Boer War are said to haunt the staircase while the hotel insists that the spirit of the founder of Matjiesfontein, James Logan, is still present in the Hotel. Just 250 km from Cape Town off the N1, a frighteningly good weekend in Matjiesfontein is a few hours’ drive away. 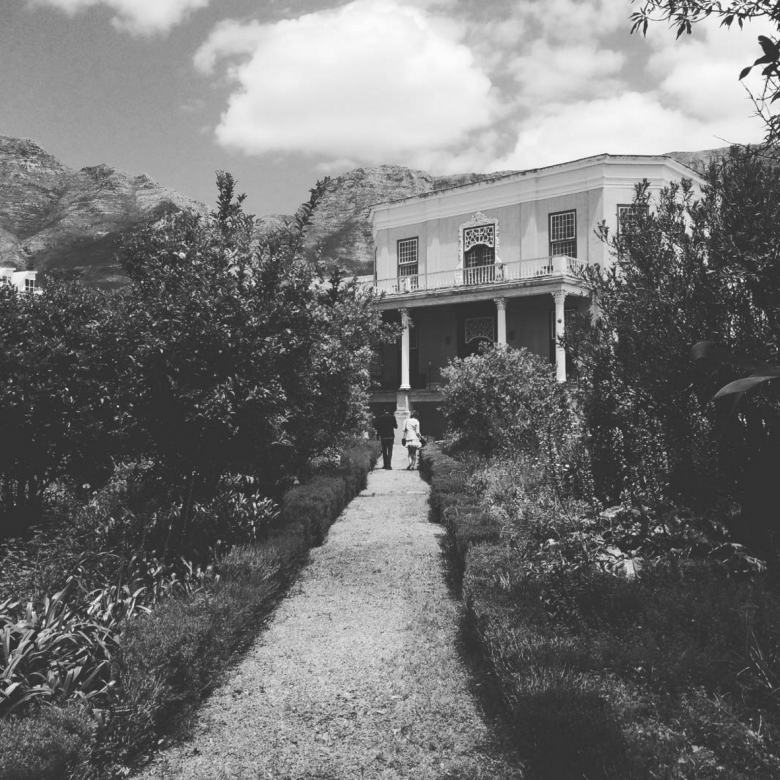 Be careful when you feel a tap on your shoulder in Rust en Vreugd, an Iziko Museum in Cape Town. Some say this is the most haunted house in Cape Town.

Many claim to have picked up a hitch-hiker on the lonely road to Uniondale only to have her disappear mid-journey. One motorcyclist said that his bike actually swerved from the shifted weight as a result of her disappearance.

6. The helpful hands at the Kimberley library… 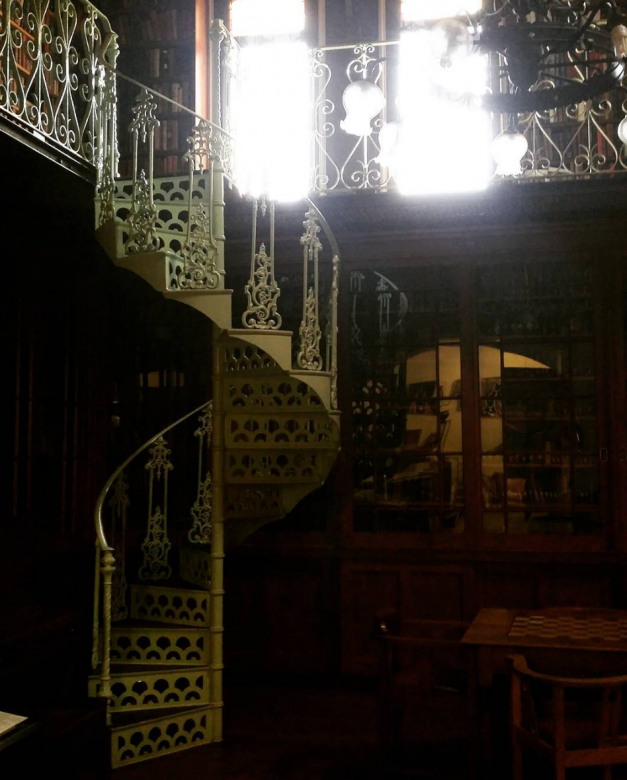 Librarians at the Africana Library in Kimberley say that if you request a book, helpful ghosts have been known to knock that book off the shelves onto the floor.

7. Spot the ghostly canine and luminous spectre at the Castle of Good Hope, Cape Town 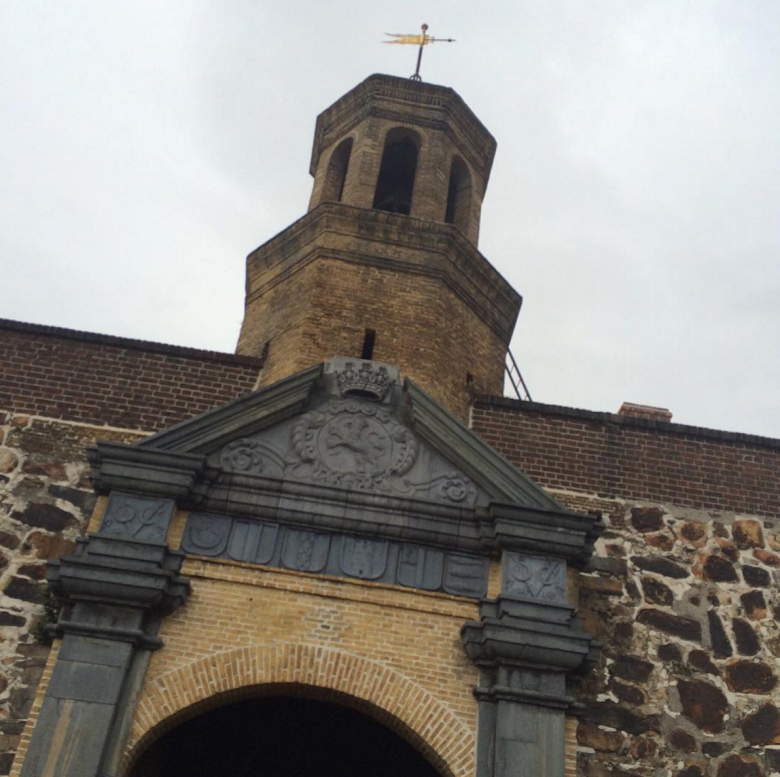 Centuries of violence and slavery in the Cape of Good Hope Castle have left the legacy of disturbed and restless spirits. There was a Donker Gat (dark hole) where prisoners were held and tortured. Consequently there have been many ghostly sightings such as that of a 2 metre tall ghost which haunts the battlements, striding up and down, semi-luminous and terrifying. There are rumours that you can spot a large black dog which will lunge at you, disappearing at the last possible moment. Lights switch on and off by an invisible hand. Pay the castle a visit on Halloween if you dare… 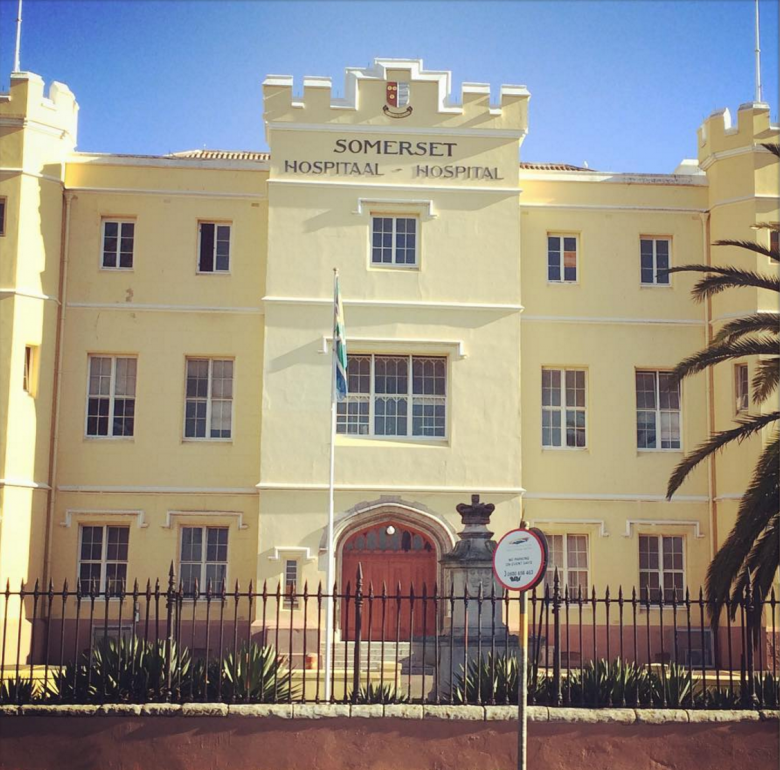 If you have the misfortune to check in at Somerset Hospital, be on the look out for a mysterious nurse with white eyes who is said to assist patients then disappear. 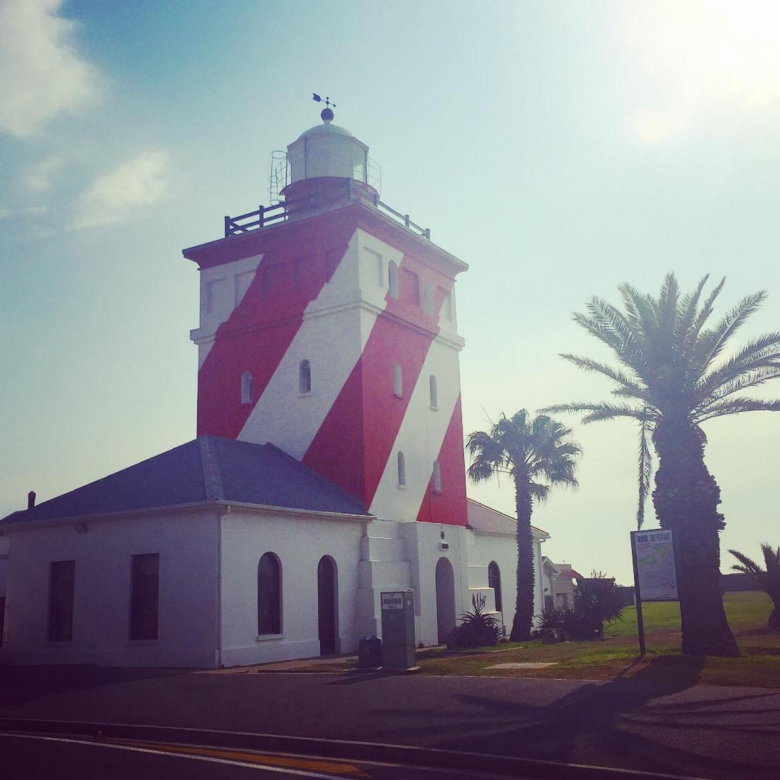 The one-legged ghost, Daddy West, the ghost of a light-house keeper, is known to haunt the tower of the Greenpoint Light house. 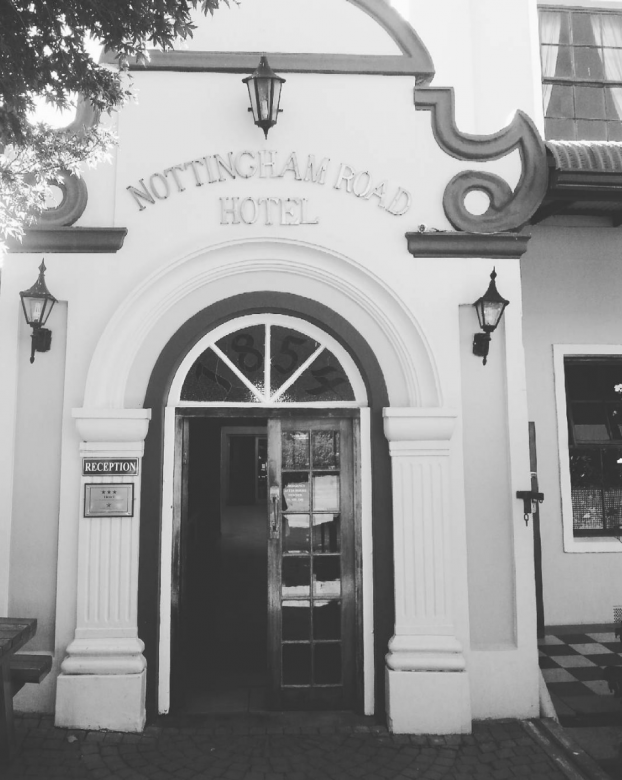 When you stay at Nottingham Road hotel tucked into the rolling green hills of the KZN Midlands, be prepared to encounter ghostly Charlotte. Charlotte is a heartbroken ghost who is said to have been in love with a British soldier who died on the battlefield, she was so grief-stricken that she flung herself over the balcony at the hotel, to her untimely death. A less savoury account has it that she was a a lady of the night who fell victim to a client who would not pay and then pushed her to her death. Charlotte is said to be fond of tidying and will rearrange flowers and objects in your room and she may even pull your toes while you are sleeping…

Not in the mood to be terrified? Why not get into the Halloween spirit by sipping on a famous pumpkin-spiced latte from the Starbucks’ branches at Rosebank and the Mall of Africa. 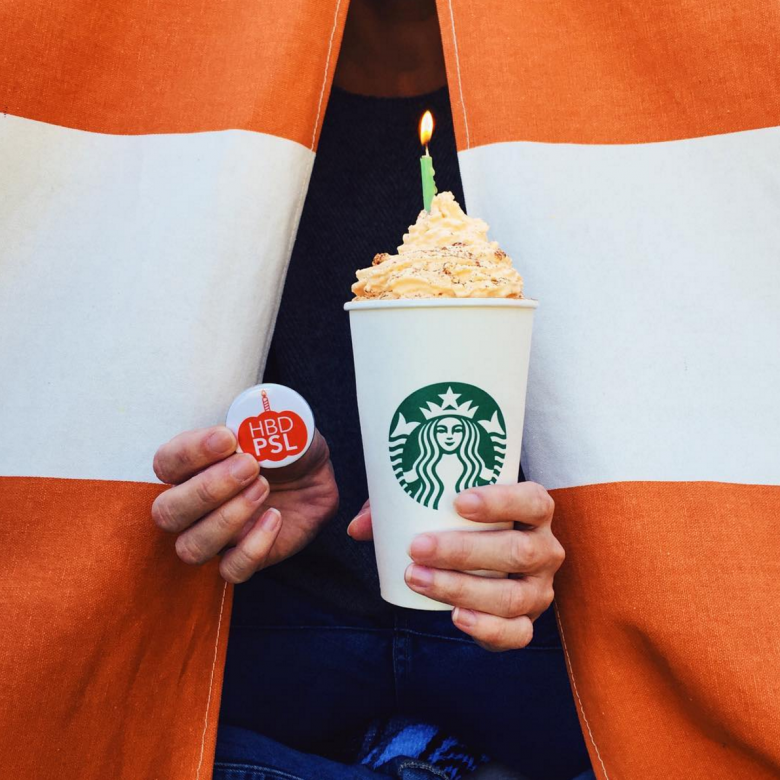