Even though the history of mailed Christmas greetings doesn’t date back donkey’s years, it’s been an eventful one.

Sir Henry Cole is recognised as being first to market with a Christmas card (as readers from the 90s and early 00s would know it). In 1843 Cole commissioned John Horsley to design a holiday greeting card to send to his peers, and by 1860 the custom of sending Christmas cards was part of the British consciousness. 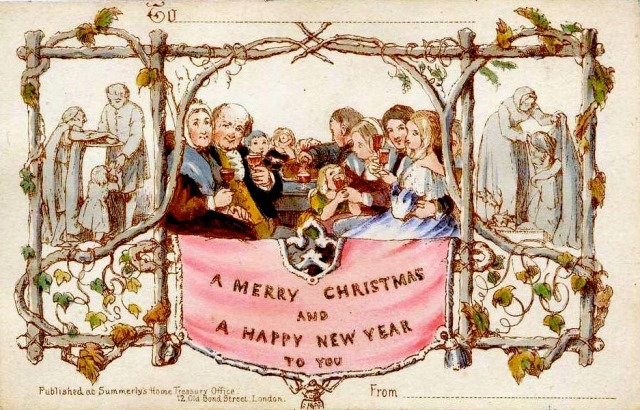 One of the first Christmas Greeting Card’s by John Horsley

Lithographer Louis Prang, who owned a printing business near Boston in the 1800s, is generally considered the father of the American Christmas Card. Prang published his first Christmas card for his customers in 1875 – a simple flower design with the words “Merry Christmas.”

Needless to say Prang’s card caught on and by 1881 he was printing 5 million cards a year!

Stuck for gift ideas? Avoid the madness of the malls with this unique travel gift

The digital age really shook things up for the greeting card industry – in 1995, America’s Greeting Card Association reported that 2.7 billion Christmas holiday cards would be sold that year. By 2011, that number had dropped to 1.5 billion cards as people switched to more modern and time-efficient ways of communicating their Christmas cheer.

E-cards, virtual or electronic greetings have evolved in themselves from simple clipart and gifs to the personalised and immersive experiences of today made possible by apps such as Elfyourself.com and JibJab.

No matter how much the sentiments of the season have evolved over time, to us it’s still the most wonderful time of the year.

And with that, here’s 4 special Christmas skits from Travelstart.