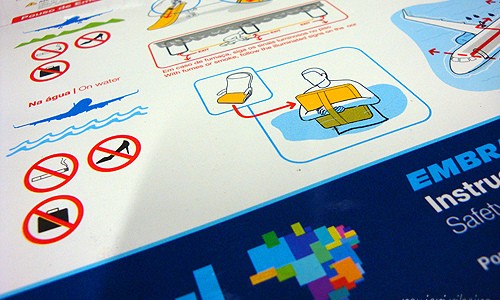 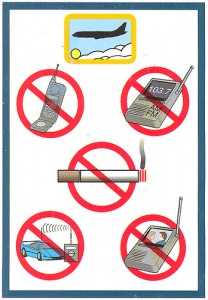 Do you ever wonder why some people simply can’t help themselves but to ignore the safety instructions of the cabin crew? People who just have to leave their seat reclined upon landing and then unbuckle their seat belt when the plane is practically still in the air. Or what about passengers who get up from their seat to get their luggage out of the overhead bins when the plane is still taxi-ing? I find it highly irritating. Well, one Russell Miller must have felt the same way when a teenage boy sitting next to him on a flight from Las Vegas to Boise refused to turn off his IPhone upon landing even after the flight crew had given instructions to do so. Mr Miller supposedly told the boy to switch the thing off. When the fifteen year old refused to do this, the two passengers started arguing. Mr Miller became so ticked off about the whole thing that he then hit the boy. On the arm. When the pilot of the plane heard what was happening behind him, he called the police and Mr Miller was arrested on account of misdemeanour battery when he deplaned in Boise. He now might face a 6 month jail sentence and a fine that could go up to $1,000. Poor Mr Miller is what I’m saying. I admit that lashing out was maybe a bit over the top and not to mention very un-PC, but arresting him? As far as I know a mere slap on the arm has never killed anybody, but fiddling with your phone could very well interfere with safely operating an airplane. At least that’s what they tell you. The way I see it Mr Miller deserves a gold medal for saving a whole plane full of passengers from falling out of the sky. (And maybe a couple of anger management classes.)