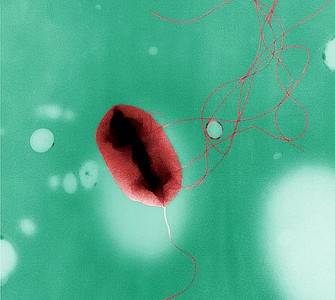 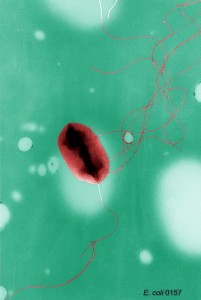 Just when you thought the exhaustive security checks made flying as safe as houses, there is a new potential on board killer on the prowl. The killer cucumber and lethal lettuce.

It all sounds very sci-fi, but sadly it is reality. In Germany, where the outbreak seems to have started, more than 1600 people have been infected with E. coli bacteria after supposedly eating cucumbers, tomatoes and/or salads. So far 18 people have died. And it seems to be spreading rapidly across more countries in Europe as people who are travelling from one country to the other are taking the infection with them. Not a very nice holiday souvenir to bring back to your loved ones.

Just to give you some of the facts; the E. coli bacterium is a tough little fellow as it’s proven to be resistant to pretty much all existing antibiotics and it’s very hard to get rid of. It can cause potentially fatal liver damage, as well as haemolytic uraemic syndrome (HUS), which is a very bad kidney ailment, and give you bloody diarrhea. Apparently prevention is better than trying to cure it; so if you really want that salad wash the vegetables really well and peel them if you can.

That’s why multiple airlines, such as American Airlines and of course Lufthansa who fly in and out of Germany have opted to avoid all risks and changed their menus. Also LSG Sky Chefs, the company that provides many airlines with their inflight meals, have also stated to hold off on serving salads to passengers. At least that’s one good thing about this very awful and sad situation; no more soggy inflight salads.