Golf has been the gentleman’s choice of sport since the 15th century. This popular activity is enjoyed by thousands across the globe and is played in a vast variety of different locations. There is no shortage of wonderful golf courses to choose from, but if you’re looking for something specific, we’re here to help with information on the top golf courses from around the world.

What makes a golf course great?

There are a number of factors that contribute to a great golf course. Golfers have various things that they look out for when choosing a good terrain, including how the course reacts to various weather conditions, how challenging the course is, its overall size, turf type and play sequences.

It is said that golfers generally rely on the ‘feel’ of the playing field. This is generally attributed to the design that the architect decides on when creating the course. Of course, different players appreciate different design courses so one course may never fully qualify as the best amongst a varied group of players!

One thing that all golfers can agree on is that location certainly has its appeal as there is no game without its terrain!

Those in the know find traditional links style courses especially popular as they add in an element of adventure. The appeal lies in the land which changes up between flat and raised ground, nature reserves, coastal areas and inland plains. Some of the best courses from across the world are links courses.

St. Andrews is easily the most iconic and well-known golf course in the world! On many a golfer’s bucket list, this public course has seen legends playing the Open Championships in Scotland. There are seven courses to book and play at. The course has been around for more than 600 years and is considered the ‘Home of Golf’. The course is maintained by a team of around 400 staff during peak season, ensuring pristine conditions. 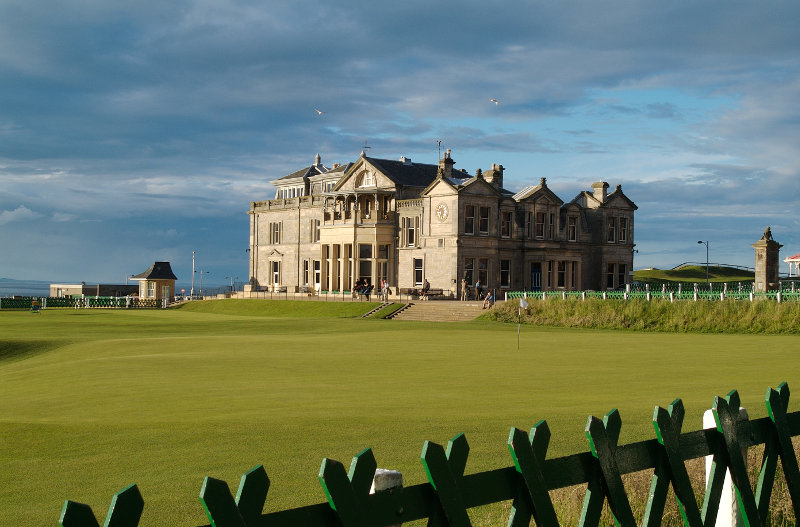 The oldest in Ireland, this beautiful golf club in Northern Ireland is one for the books. It has the mesmerising scenery of the Mourne Mountains as a backdrop and the Irish Sea at its feet. Of its two 18-hole courses, none is more admired than the 4th and 9th. There are peaks to combat, bushes to navigate and elevated tees to test. The golf course has a sense of nostalgia about it, with regular customs that have been passed down for more than 100 years.

The oldest formal golf club in the USA, Shinnecock Hills Golf Club is certainly one to visit. The links club is situated on the Atlantic Coast and has hosted numerous U.S Open Championships. It is also the first club to permit female players from the day it opened its doors in 1892! The course was built to resemble the courses of the British Isles and has one, 18-hole course.

Pebble Beach is loved for many things, including its stunning scenery of the Monterey Peninsula on the coast of California. This course has a significant part of golf history, with the wins and losses of many legendary players over the years. It has also hosted numerous U.S Open Championships throughout. There are four courses situated within the Pebble Beach resort. Many have called it the best golf course in the world but playing there can be quite pricey! 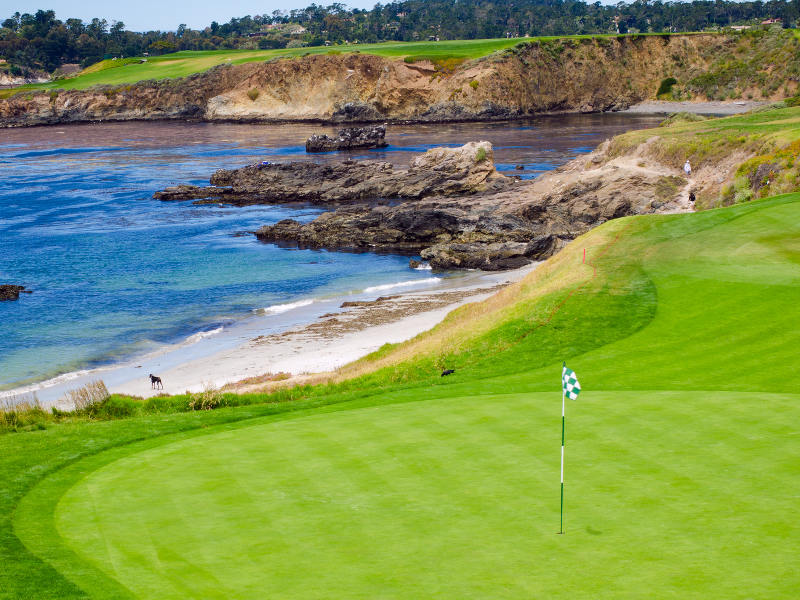 This famous club has been going strong since 1933 and has played host to the annual Masters Tournament since 1934. It marks the top of the list of America’s top courses over and over again. It is both appreciated and criticised for its high premium standards of exclusivity. The course was once a plant nursery, with each of its holes named after a plant! The scenery on and along the course is beautiful, with many enchanted by the singing birds that serenade the players daily.

Royal Melbourne Golf Club is easily noted as the best golf course in Australia. The club was founded in 1891 and has since then held high standards of golf architecture. The club is known for its inclusive experience and world-class facilities, as designed by renown British golf architect, Dr Alister MacKenzie. The club is private but allows members to invite guests on most days.

As the Gulf is known for, the luxury and pristine conditions of Address Montgomerie’s golf course does not disappoint! The course is challenging and enjoyable and a top tourist attraction of Dubai. The 18th hole is a spectacle to admire with the Dubai Marina in its background. Another one to look forward to is the 13th hole, which boasts a 360-degree tee area! The opulence of the hotel extends into the course, with comfortable rest areas and refreshment areas on each nine. Though relatively new, this definitely qualifies as one of the top golf courses from around the world. 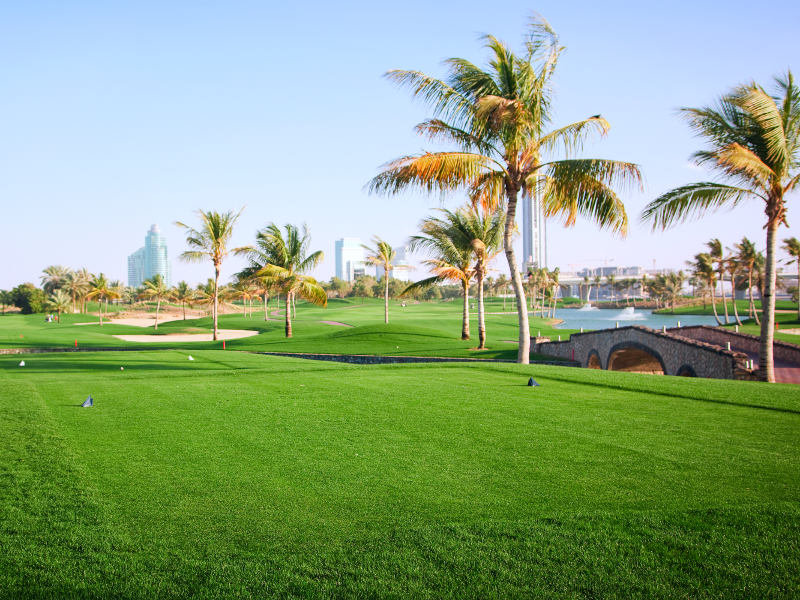 Home of The Honourable Company of Edinburgh Golfers, Muirfield is the playing field of many top golfers from across the world. Muirfield has hosted the Open Championships more than 15 times and is a privately-owned links club. The unusual layout of the course, with one clockwise and one anti-clockwise course of nine holes each, makes the terrain both fascinating and challenging. Visitors are welcomes to join in the action on Tuesdays and Thursdays.

Pine Valley Golf Club has been ranked in the top 100 golf clubs since 1966! It is often referred to as the best golf course in the USA, with its beautiful landscapes and architectural design. The club is noted for its large size and its demanding shots, making those who conquer its holes beam with much-afforded pride. For those looking for a shorter play, the course also sports a ten-hole short course. The club is private, with visitors permitted alongside a member. 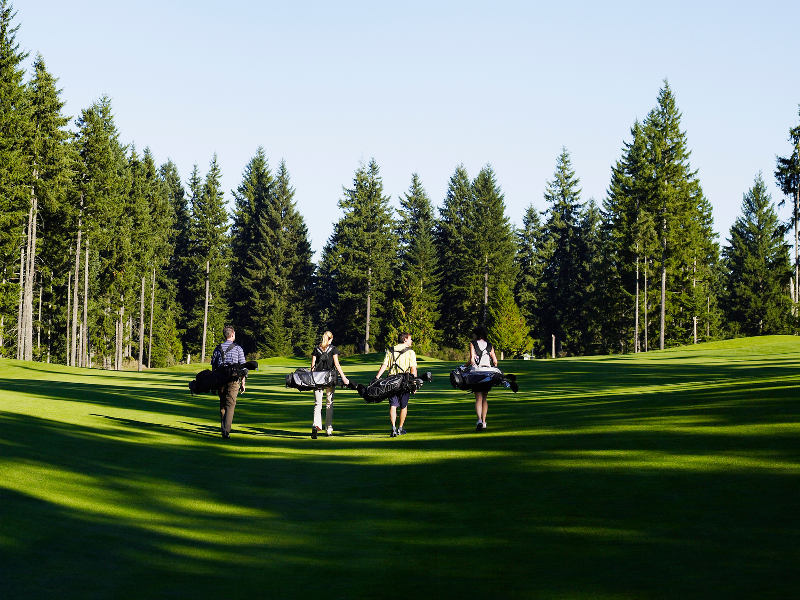 Just under two hour’s drive from Cape Town, the Arabella estate is ranked as one of the best golf courses in South Africa. The course is loved for its beauty, with the 18th hole setting the perfect scene for that finishing touch. The course has seen the likes of many golfing celebrities on its course, enjoying the scenery and picturesque spots to mount your tee.

This course was designed by world-renown golf player, Gary Player, and is home to the annual Nedbank Golf Challenge in Sun City. The course has outranked many others in South Africa, as well as Africa as a whole. It is a demanding course, with plenty of carefully places bunkers, water features and inclines to look out for!

As the course borders the Kruger National Park, sightings of majestic beasts such as hippo and elephants are commonplace at this marvellous golf course! The 13th hole holds magnificent views of the surrounding terrain, with the 9th and 18th hole surrounded by bodies of water. The golf course has been applauded for its architectural design and landscaping innovation.

And there you have it – the top golf courses from around the world! Have you played at any of these courses? Are there any others that you think should make the list?

Sign up to Travelstart’s newsletter for incredible flight deals and promotions, and you could find yourself jetting off to one of these golfing locations in no time at all!