Japan is an amazing country, with a rich cultural history contrasting with numerous technological advances. It’s the place where you can immerse yourself in bustling street life, admire the cherry blossoms in spring and enjoy the awesome sights of the towering skyscrapers. Go on a food adventure, discovering authentic Japanese cuisine, which includes the traditional and the modern. Hike up the imposing Mount Fuji or treat yourself to an entertaining scene at Roppongi. Choosing the best time to visit Japan depends on what you’re aiming to do. No matter what time you decide on visiting, you can look forward to a wonderful and unforgettable experience. 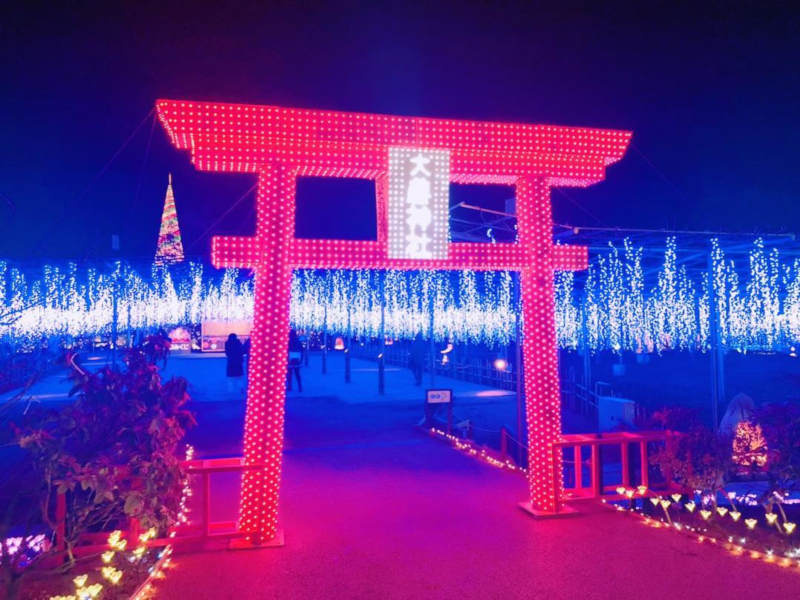 Japan experiences significant changes in its weather throughout the year. Summer is made up of humidity, strong winds and heavy rains. Autumn brings a rich variety of colours. Following that is the snowfall of winter, heaviest in the mountainous regions and northern parts of the country. The temperatures start warming after that for the spring season, which brings the famous cherry blossoms. Each season offers you something incredibly different, so we’ll let you decide on your best time to visit Japan.

Summer in Japan depends on what part of the country you are in. In the south, summer can begin as early as April and last up until October. The further north you go, signs of the summer start showing later, with cities like Sapporo only experiencing summer from July to September. Temperatures around places such as Tokyo, Matsuyama, Fukuoka, and the southern islands begin ascending into the high 30s, with increasing humidity. It would be wise to enjoy the air conditioning of the shopping malls and restaurants around this time. If you’re hoping to spend time outdoors during these months, situate yourself in Hokkaido. This northernmost part of Japan offers you cooler and drier conditions than the rest of the country. You can enjoy the outdoors with more pleasant conditions, with the daytime temperatures peaking around 25°C, excellent conditions for mountain hiking.

Autumn takes place from September to November in the north, while other parts of Japan see the autumn colours from mid-October to early December. Across the country, the season brings warm and dry conditions, making autumn the best time to visit Japan for great weather. In southern Honshu, Okinawa, Izu, Ogasawara, Shikoku, and Kyushu, autumn is close to the typhoon season and the bright colours only reveal themselves from mid-October to early December. Pay close attention to the annual weather reports before deciding on where you choose to go to in Japan during this season. 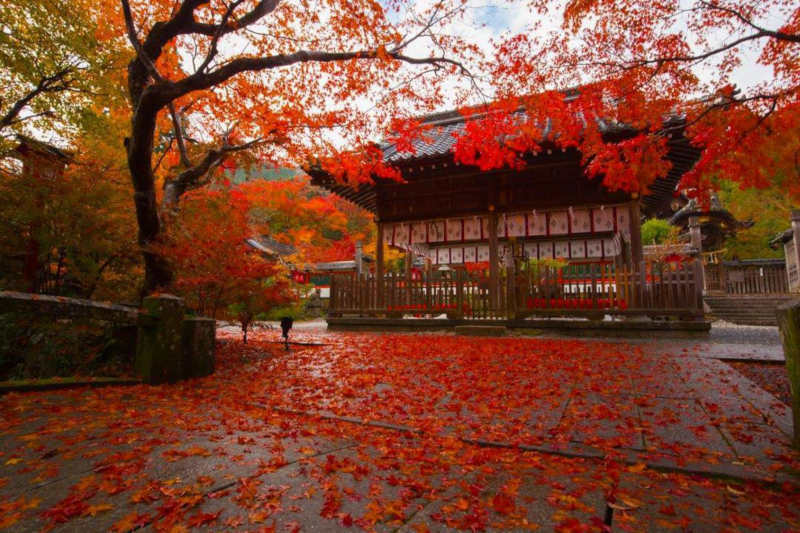 Winter lasts from December to February. The winter season brings cold temperatures and strong winds to the northern parts of Japan, meaning heavy snowfall. With these conditions, winter is the best time to visit Japan for skiing and snowboarding! The southern part of Honshu and further south throughout the Okinawa Islands brings milder temperatures, around the low 20s. Take a break from the cold and warm yourself at a rejuvenating hot spring.

The spring season usually occurs from March to May, bringing the best weather conditions throughout Japan. Temperatures in the northern parts of Honshu and throughout Hokkaido, spring ranges from cold to cool. The further south you go in Honshu, the warmer conditions you will experience. In Shikoku and Kyushu, you can enjoy moderate to warm temperatures, but be prepared for some rain, especially in Shikoku. The cherry blossoms begin blooming in the southern parts of Japan as early as January, while the north only sees the famous flowers bloom as late as May. The opportunity to witness the well-known cherry blossoms makes spring the best time to visit Japan. 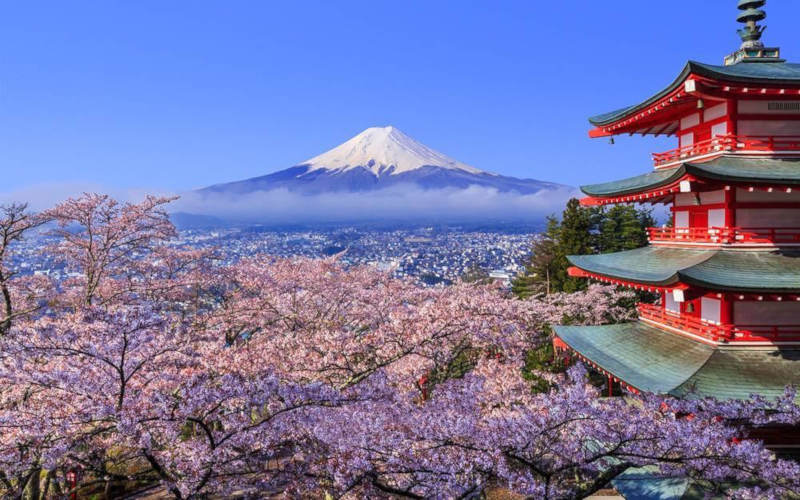 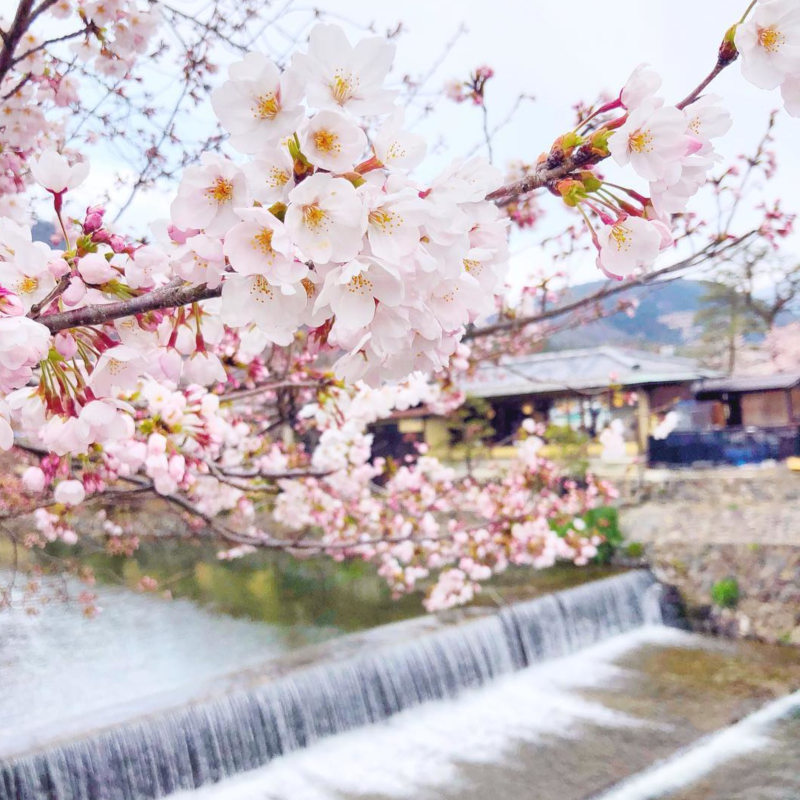 The summer season may bring long hot days, but it’s also the time for you to experience awesome festivals, mountain hikes, mass folk dancing, or simply a cold beer on a city rooftop. You’ll have plenty of daylight to enjoy numerous events and watch the parades and spectacular exploding fireworks.

The sun sets early in winter, but with longer nights, you can party till the sun comes up.

How Much are Flights to Japan?

Heavy snowfall results in great opportunities for snowing. The ski resorts usually see a high influx of tourists during these months. Make sure you book at least three months in advance so that you can avoid the high costs of late bookings. You could pay 10% more on your flight tickets and accommodation than in any other time of the year.

Spring season sees a slight drop in tourist activity. Locals and visitors do tend to spend time among the cherry blossoms during this time, however. The shoulder season in Japan can have you paying 5% less than in peak season.

The typhoon season runs through summer and autumn. The increased rain, wind and humidity results in much shorter lines at the attractions and restaurants. You can look forward to paying up to 10% less than in peak season. Watch out for the price hikes in mid-August when families head to the coast for the school holidays.

Book your cheap flights to Japan with Travelstart today! 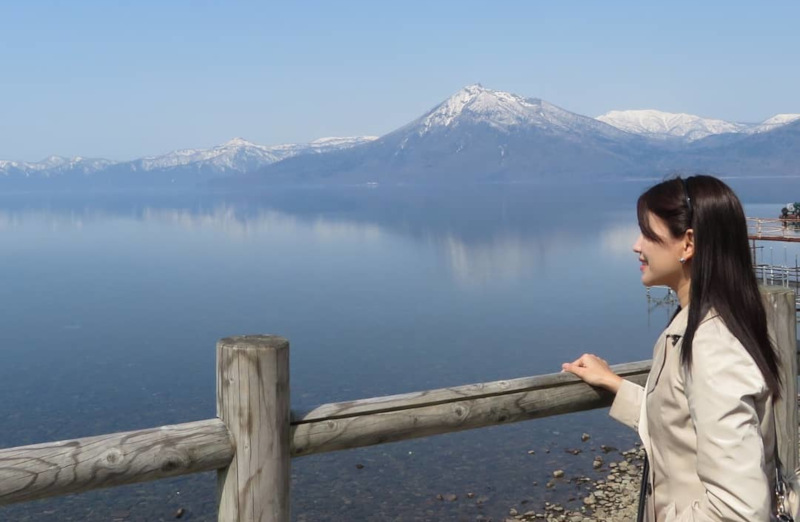 The Japanese New Year Festival, known as Shogatsu, is an exceptional event you should definitely be in Japan to experience for yourself! Locals have all their homes and entrance gates decorated with ornaments made of pine, bamboo and plum trees. At midnight on 31 December, Buddhist temples all over Japan ring their bells for a total of 108 times, to symbolise the 108 human sins in Buddhist belief, and to get rid of the 108 worldly desires in every Japanese citizen. It’s the best time to visit Japan to enjoy a variety of special dishes, including osechi ryori and ozoni. Take part in numerous traditional games, such as hanetsuki (Japanese badminton), karuta (a card game) and takoage (kite flying). It’s also a tradition to visit the shrines and temples during Shogatsu.

Hanami – March to May

Hanami is a festival held to celebrate the blooming of the cherry blossoms (sakura) in Japan. It lasts from March to May due to the cherry blossoms blooming at different times across the country. The ancient festival is celebrated today with a picnic-like experience under the cherry blossom trees in the parks. If you want to get a good spot, get to a park early. Some locals even stake out a spot a day in advance.

Visit Kyoto during July and witness one of the most exciting festivals in Japan. Gion Matsuri takes place throughout the month, finally culminating in a parade, the Yamaboko Junkō on 17 and 24 July. The event combines religious observance with street-level fun. Locals and visitors gather to the promenade in colourful yukata robes and satisfy their appetites with street food and beer. Don’t miss out on this experience and you’ll perhaps find your best time to visit Japan in July. Admire the illuminating floats during the Yoiyama evenings, and especially the two large parade floats. 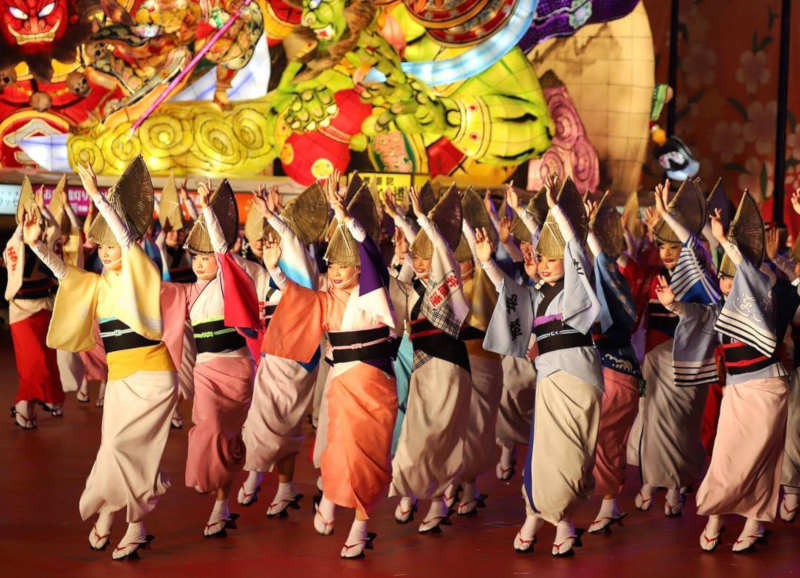 This event is the largest dance festival in all of Japan! Around the middle of August, dancers and spectators arrive in Tokushima to see and take part in the “Fool’s Dance”, which dates back more than 400 years! There are several events during the day to enjoy, but the main event is in the evening when thousands of dancers perform in the blocked off streets of downtown Tokushima. The city centre shuts down and transforms into a large dance stage. The festival also features food and game stalls outside the stage areas. For anyone who loves dancing, being in Tokushima during August is the best time to visit Japan!

The Nagasaki Kunchi is held annually in Nagasaki from 7-9 October. Locals have been celebrating the festival for more than 400 years. Discover aspects of Chinese and Dutch cultures in the festival, reminiscent of their history in the city. The event’s highlights include dance and show performances representing Nagasaki’s many districts. There are also many street performances involving large floats, shaped like ships. The Nagasaki Kunchi offers you an artistic variety, with some performances calm and peaceful, and others wild and energetic!

The Chichibu Night Festival is the festival of the Chichibu Shrine in Chichibu, which is just a 90-minute drive from central Tokyo. This event is another one of the top festivals in Japan, making December in Chichibu the best time to visit Japan. Check out the floats ornately decorated with lanterns, tapestries and gilded wood carvings, along with accompanying music on flutes and drums. There’s also a spectacular fireworks display, which lasts nearly two and a half hours! The event takes place from 2-3 December, with the fireworks display on the evening of the 3rd. Make sure you get to the town early to secure yourself a spot to see all the action. Alternatively, you can reserve a seat. Otherwise, you’ll have to be content to watch everything on the big screen in front of Seibu Chichibu Station. 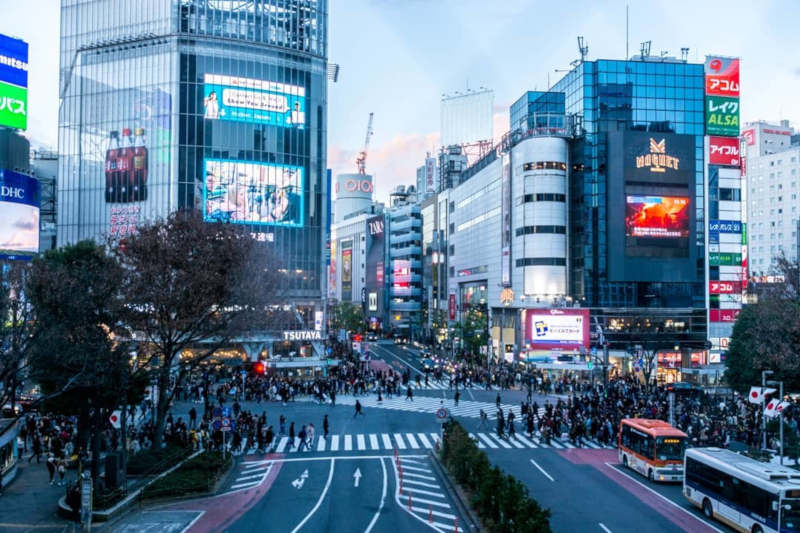 Get ready to discover even more reasons why this East Asian country is such a popular holiday destination with a great number of exciting things to do. Book your flights and accommodation, and discover your best time to visit Japan.

Sign up for our newsletter for awesome travel deals and choose your ideal flight special to Japan and many other wonderful places!

Let us know which season is your best time to visit Japan in the comments below!