A trip to London should definitely be on everyone’s bucket list! This city is one of those quintessential places to be and a must for all seasoned travellers. London and the UK, in general, can be quite pricey so choosing the best time to visit London is essential if you’re keen on saving a pound or two. Travel to London can be done at any time of the year as this destination has it all with plenty of rainy days that you can’t run away from, even in the heart of summer. Set your sights on the home of Big Ben and let Travelstart help you choose your best time to visit London. 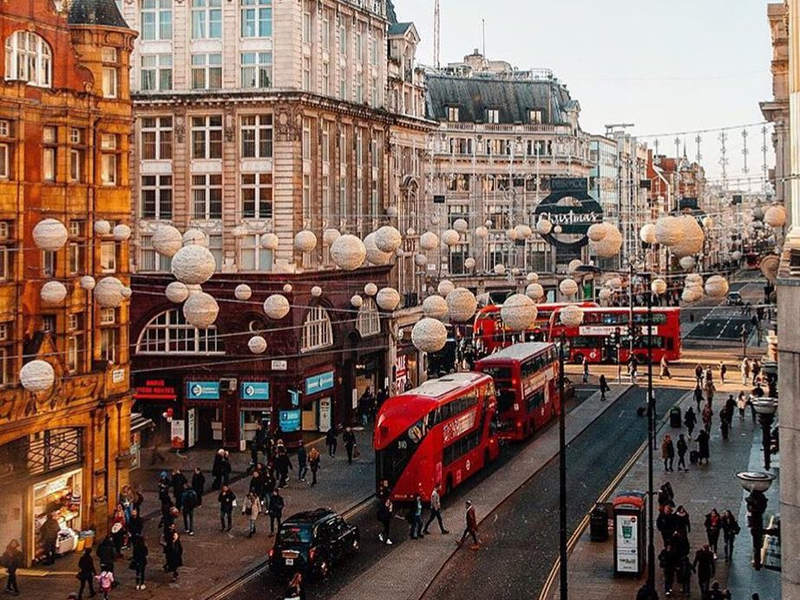 Contrary to popular belief, it’s not all grey days in London! The city has four distinct seasons and those who plan to visit in summer may even find sweltering days of up to 28°C! In typical European climate, summer falls between the months of June and August and on the other end of the stick, winter falls between the months of December and February. Both are very popular times to visit London as both seasons have wonderful attractions that appeal to every kind of tourist. During summer, you can look forward to lots of open-air concerts and of course, the Royal events with Buckingham Palace being open to the public, as well as other royal halls that give the public a peek into their favourite monarch’s lives. Winter holds all of the festive appeals with no city going quite as big and lavish as London does for Christmas and New Year!

Spring and autumn are great alternatives to the extreme peak season. Spring falls between March and May, and soon after London’s peak season, autumn falls between September and early November. 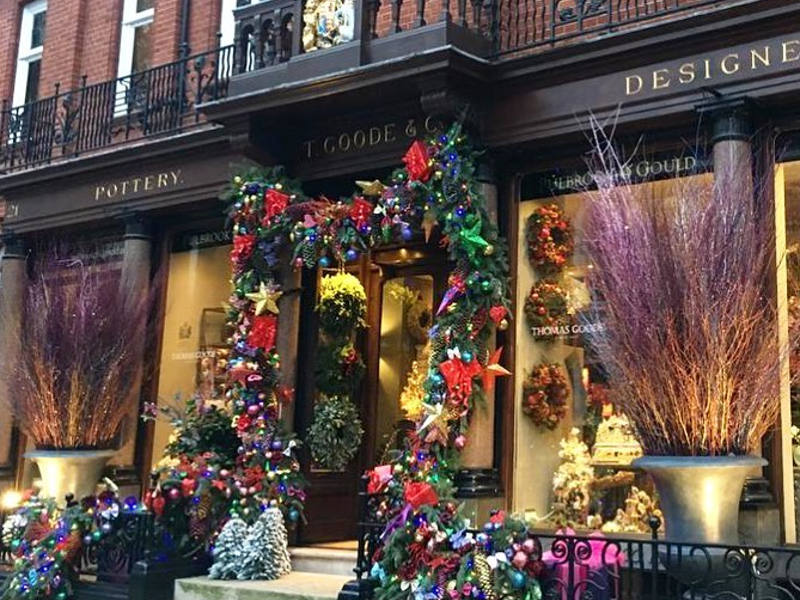 London is a peak tourist destination for the festive season and its surrounding public holidays in December and January. If you’re looking for the Christmas atmosphere, you’re in luck over winter as London’s streets are lit up from mid-November already. So, if you’re after that exciting atmosphere but at a more affordable option than December’s peak season, then aim to travel to the city in  November. Right after the end of year festivities, those in the know get their comfortable shoes out and get ready to shop! The best sales happen in January and if you’re happy enough with long queues, then you’ll be in the perfect city to score some great designer savings. After the Christmas rush and January sales, the city calms down a bit. Consider visiting towards the end of January and through February if you’re hoping to avoid the crowds and just enjoy the city in the heart of winter.

London is a busy destination all year long and though it might be a dream of yours to wander the streets on a quiet day, its important to know that the city is popular with tourists yearlong, including the shoulder seasons of spring and autumn. Early spring (March to early April) is possibly the best time to visit London when looking to stay clear of the massive crowds. May, just before the peak summer season, has two public holidays and has since become a very popular time to travel to this UK destination too.

There is no tourist-free time in London, but you could consider visiting nearby cities or towns if you’d prefer to skip the crowds. We recommend Manchester and Liverpool.  As for autumn, October and November are wonderful months of the year to visit but also the wettest months of the year in London. Be sure to pack in an umbrella if you decide to visit during this time! 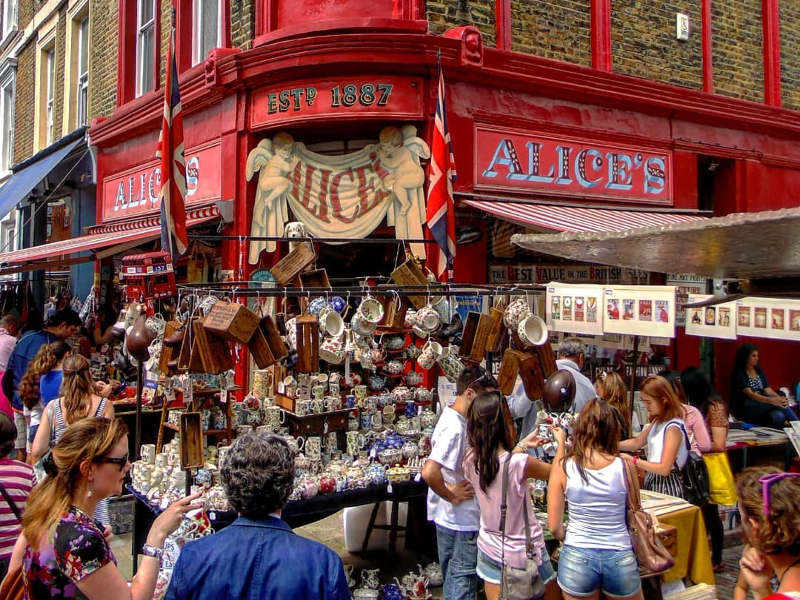 There’s nothing quite like experiencing summer in London. There’s a buzz in the air that has everyone in good spirits and appreciative of the warm days. Did you know that on average, London only has around 45 sunny days in the year? It may not be many but Londoners sure do know how to enjoy their hot days! If you’re planning a visit during summer, note that the school holidays start in July, so you can expect to see lots of families out and about. One of the perks about travelling to London with your family would definitely be that the city offers free transport to children under 11 years old! Also, if you remember in time, you can get a children’s summer pass to all of the major museums and theatre productions during summer. Make sure to plan and book these passes months in advance as there is a limited number available. If you would prefer to spend your summer in London with fewer little ones walking around then you should consider visiting in June, before the schools are out. 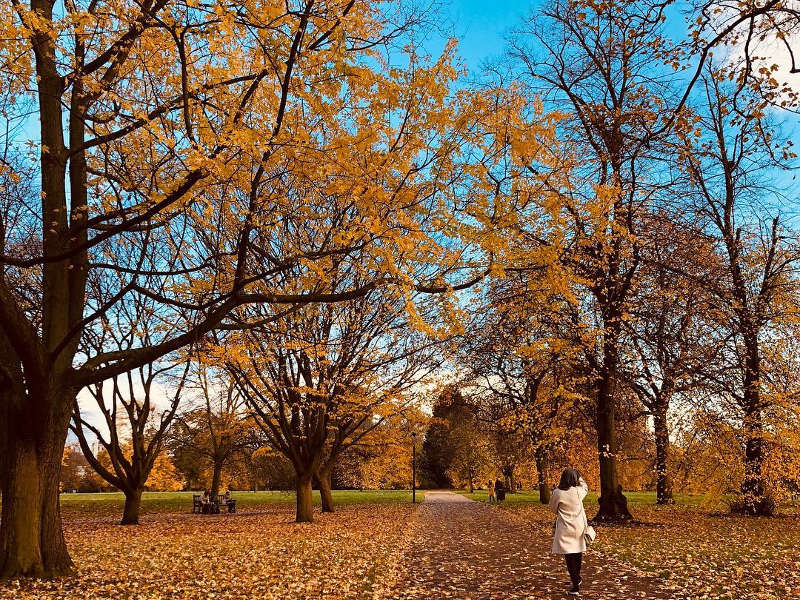 Summer in London is the ideal spot for all of your European fun. The days are extra long and there’s so much to do that your days will be filled to the brim with early morning breakfasts, open-air concerts, brunches in the park and nights dancing away! On average, the days are around 16 and a half hours long.

Winter is surely a magical time in London, with fairy lights and snow lighting up the streets! The day can be quite short, around 9 hours only, but you’d be surprised by how much you’re able to do. Also, just because the sun sets early, don’t think that there’s nothing to do! The festive season (end of November to early January) is abuzz with activity! 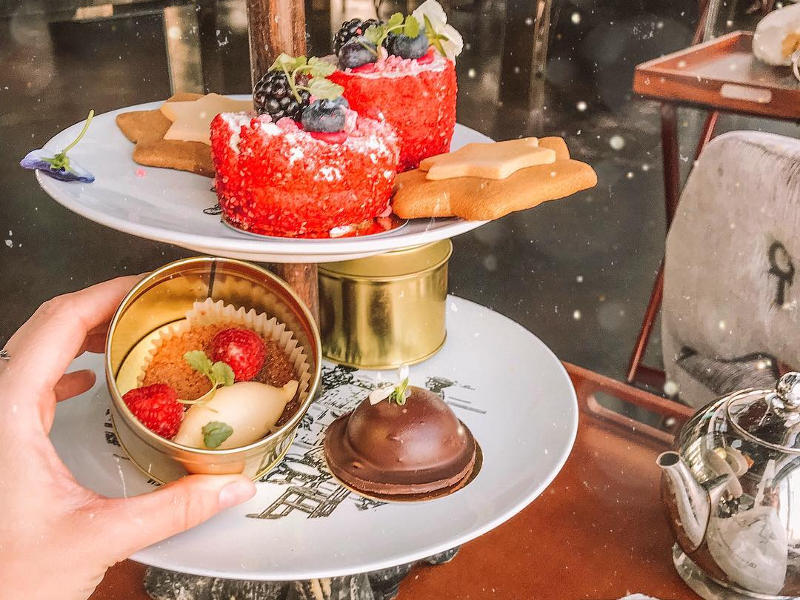 How much are flights to London?

November and mid-January through to the end of February is off-peak season and very possibly the best time to visit London! Flights to London are significantly lower and you could save around 30% on flight tickets.

May to August is considered peak season in London as the sun is out and the city is in all of its splendour with long, summery days! Flights and accommodation are known to be quite a bit pricier during this time than in winter, so expect to pay between 25 – 50% more on flights.

When it comes to the festive season, everyone wants to be in London to join in the fun and soak up the atmosphere! With that in mind, flights and accommodation are generally a lot more expensive than the rest of the year and you could pay up to 60% more than during off-peak season! 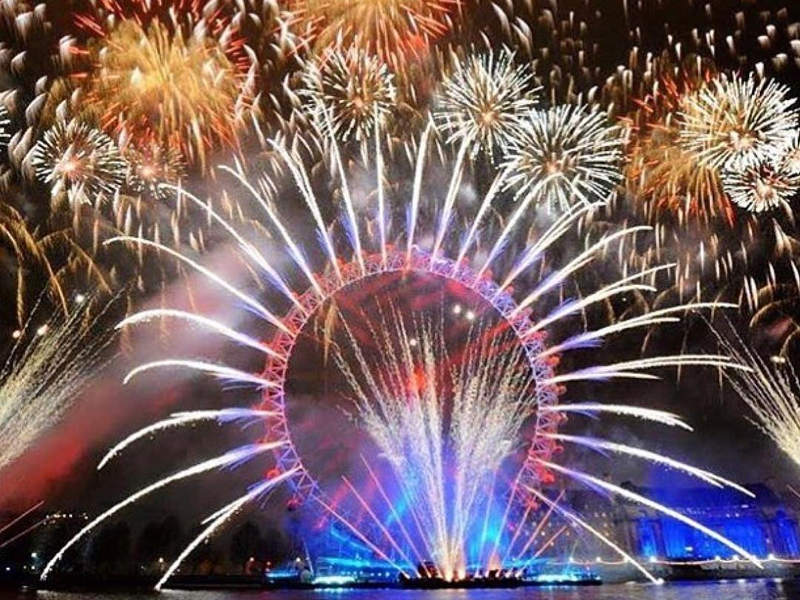 Book your cheap flights to London with Travelstart!

As one of the most popular destinations in the world and a favoured amongst the hundreds of thousands that are constantly returning, London is known to have some of the most wonderful annual events. Visitors and locals alike look forward to these dates as they know to expect only the most spectacular shows on display! From royal events to international races and street parades, choosing the best time to visit London may well depend on the events happening during your stay there.

See the city of London come alive in all of its splendour on New Year’s Eve and New Year’s Day every year. The city puts on a display like no other and spares no expense. On the 31st of December, you can look forward to a buzz on all of the streets of the city with an amazing display of fireworks at midnight. The next day, expect an extravagant parade during the New Year’s Day Parade – through Piccadilly Circus to Parliament Square.

Join more than half a million runners from across the globe as they compete in one of the biggest marathons in the world, the London Marathon. The race passes many iconic landmarks of London and is cheered on by the crowds.

Chelsea Flower Show – end of May

The Chelsea Flower Show attracts visitors from far and wide to this majestic flower show every year. Professional plant breeders and lovers of all things botanical come together at the Royal Hospital Chelsea to admire and compete. Expect plenty of flowers, trees, vegetables and so much more!

One of Britain’s most loved events, the Queen’s Birthday Parade and Trooping the Colour is a stately event that Brits and tourists adore! Soldiers parade down the streets of London with flags of the battalion being passed amongst the officers. Look forward to a very English atmosphere that’s broadcasted live every year.

Enjoy a colourful, Caribbean celebration in the town of Notting Hill with parades, floats, music, and a party atmosphere! This event is a yearly bookmark for most of London, with people of all ages and cultural backgrounds coming together to celebrate.

Get your camera ready and add some glitter to your outfit for this star-studded event. The London Film Festival is held annually towards the end of October and is a great place to catch sight of your favourite celebrities. Not just for the famous, the public joins in on the festivities by attending film screenings, workshops, and Q&A sessions. 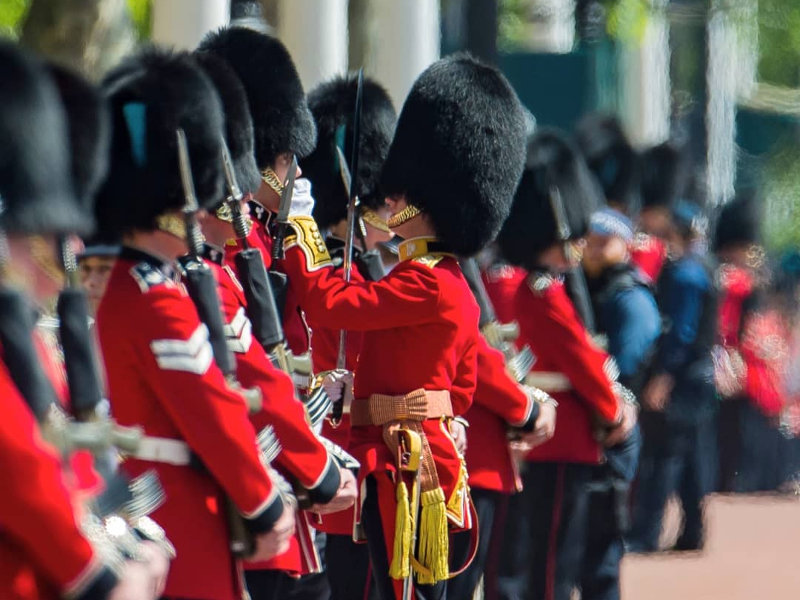 With all of these events, activities, and places to see, when do you think is the best time to visit London? Let us know in the comments below!

Don’t forget to sign up to our newsletter for the best flight deals with Travelstart.