Mexico is a colourful and dynamic destination filled with intriguing Aztec-rich tales, beautiful beach resorts and contemporary artists, such as the ethereal Frida Kahlo. You’re forgiven if the film, Desperado, springs to mind! The best time to visit Mexico differs depending on which region you visit and what you’re hoping to see and do. Mexico’s weather will greatly influence your decision on where to go and what to pack.

Generally speaking, Mexico’s regions experience a warm climate. The North American country is known for its diverse range of landscapes that includes dry deserts, fertile valleys, tropical forests, beaches and snow-capped mountains. This diverse terrain means the weather throughout Mexico varies extremely. The country experiences two main seasons, the rainy season which occurs roughly between May and October, while the dry season (December to April) experiences little to no rain.

During the dry season, you will experience cloud-free, blue skies with average temperatures of 24 degrees Celsius throughout Mexico. Many travellers consider these perfect weather conditions the best time to visit Mexico.

Central Mexico experiences spring-like weather conditions with warm temperatures during the day and cooler evenings as the sun sets. You are encouraged to pack a mix of clothing as temperatures can vary from 7 to 22 degrees Celsius in Mexico City. April and May are the capital city’s warmest months of the year. If you’d like to enjoy some whale watching, January and February is the best time to go to Baja California.

Mexico’s weather in the Yucátan Peninsula is quite warm throughout the year. The tropical climate in this region affords plenty of sunshine and minimal rain during the cooler months of January and February. This is a popular time amongst tourists with sea temperatures averaging 27 degrees Celsius. Pack in your sunscreen as you can expect daily highs of around 28 degrees Celsius. From March to April is the best time to go to Cancún if you’ve always dreamed of experiencing spring break on the Caribbean Coast. If not, this is the time to travel elsewhere in Mexico to avoid the tourist crowds in Cancún.

December is a popular month for travel in the various Mexican regions with warm and dry weather across the country. Christmas and New Year is a particularly busy time, so plan your holiday well in advance! If you’re set on relaxing at Mexico’s beach resorts then consider visiting between October and May. 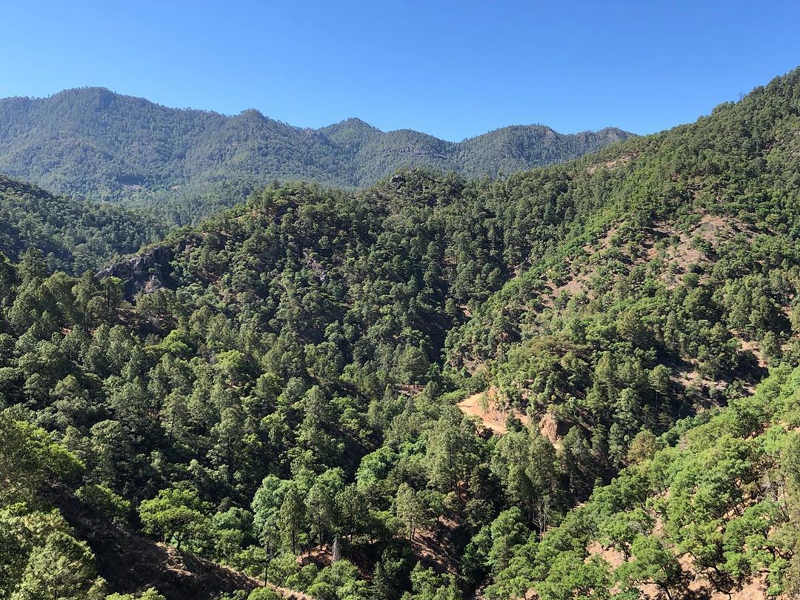 The Rainy Season (Summer to Autumn)

Mexico’s summer and autumn months are more aptly referred to as the rainy season. You should not be put off by the rainy season, as showers generally take place in the afternoon or evening. You can expect short, sharp bursts of refreshing rain. This will still give you ample time to enjoy the Mexican sunshine and opportunity to explore. Rainy conditions also vary from region to region. In most places, it is a welcoming relief from the harsh sunshine and hot temperatures.

Northern Mexico and the Baja Peninsula

If you’re visiting the Copper Canyon in Northern Mexico and attractions in Baja Peninsula, you needn’t worry as it hardly rains in these regions. In fact, it is quite hot in northern Mexico during August while the rest of the country receives rain.

Mexico City’s busy and rainy season commences in June until August. During the rainy season, you can expect average temperatures of 24 degrees Celsius. Plan your outdoor activities for the morning. Pack in an umbrella and lightweight clothing. October marks the end of the summer rainy season in Mexico City, and as there are fewer visitors in the city, it’s a good time to find discounted prices on hotels and attractions. Pack in a warm jacket for cooler temperatures averaging 10 degrees Celsius. 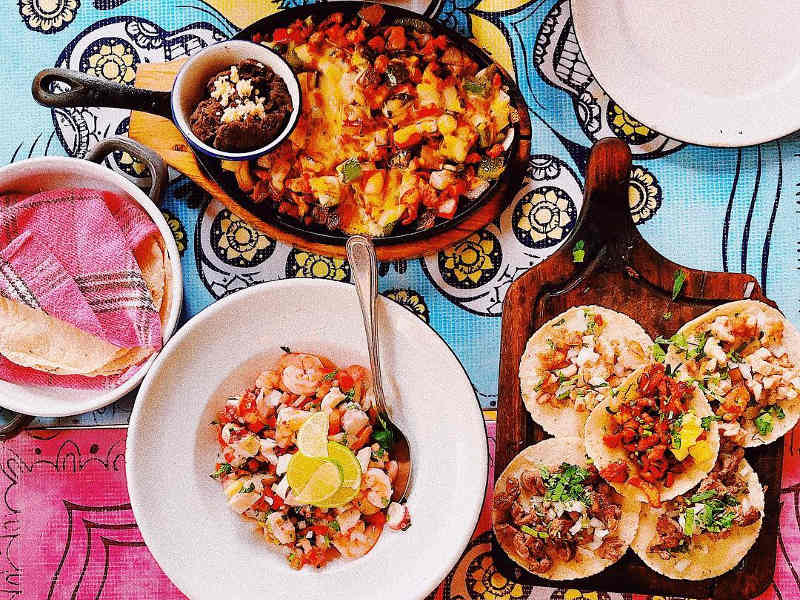 Visit Cozumel, Mexico’s top island destination off the coast of the Yucátan Peninsula. It is the ideal time and place for divers and snorkellers. The island’s coral reefs are home to beautiful multi-coloured fish, sea turtles, starfish, nurse sharks, and more.

Wherever you find yourself in Mexico, the rainy season provides the perfect opportunity for some ‘rainy day activities’:

Also read: Two islands in Mexico you have to visit 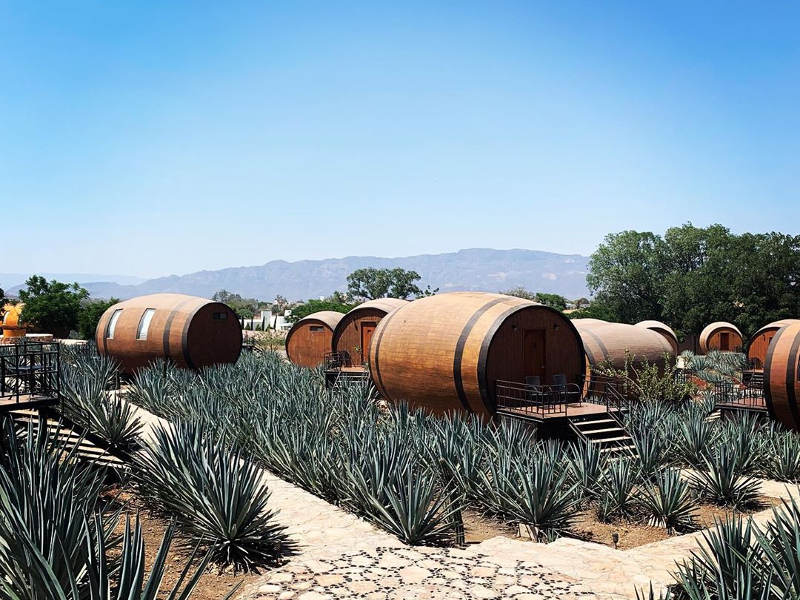 When you’re considering Mexico’s weather for your holiday plans, do not forget to factor in the hurricane season. From June to November, hurricanes and tropical storms can affect the Gulf, Pacific and Caribbean coast. 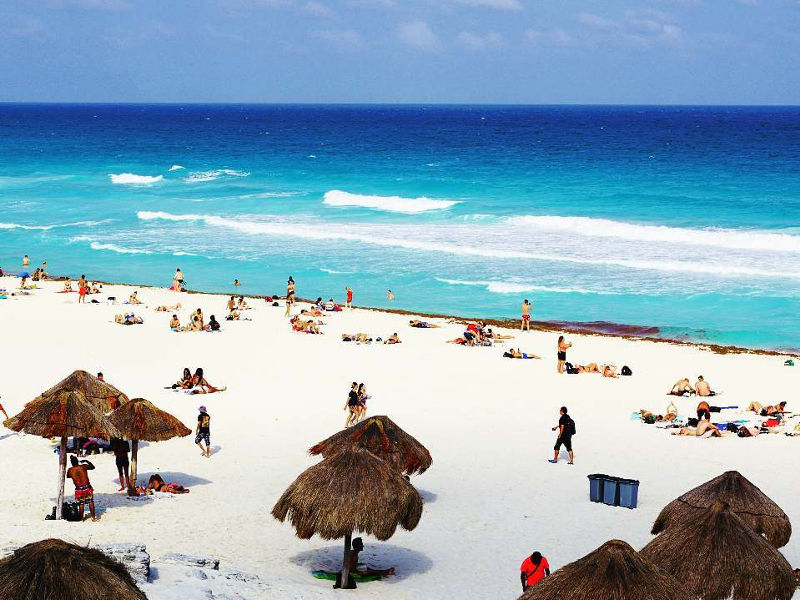 The rainy season in Mexico offers daytime hours that last up to 13 hours. Make the most of Mexico’s weather by going exploring in the morning before the afternoon showers descend.

During the dry season, the daylight hours are two hours less than in the summer rainy season. Mexico experiences around 11 hours of sunshine during its dry season.

Mexico is a destination enclosed by three seas, namely the Pacific Ocean, Gulf of Mexico, and the Caribbean Sea. Before you pack your swimming costume and head to Mexico, it is worth knowing the various sea temperatures and when is the best time for water activities.

Sea temperatures in the resort town of Puerto Vallarta are warm year-round. With temperatures averaging 24 degrees Celsius, any time is a good time to dip your feet in the water. 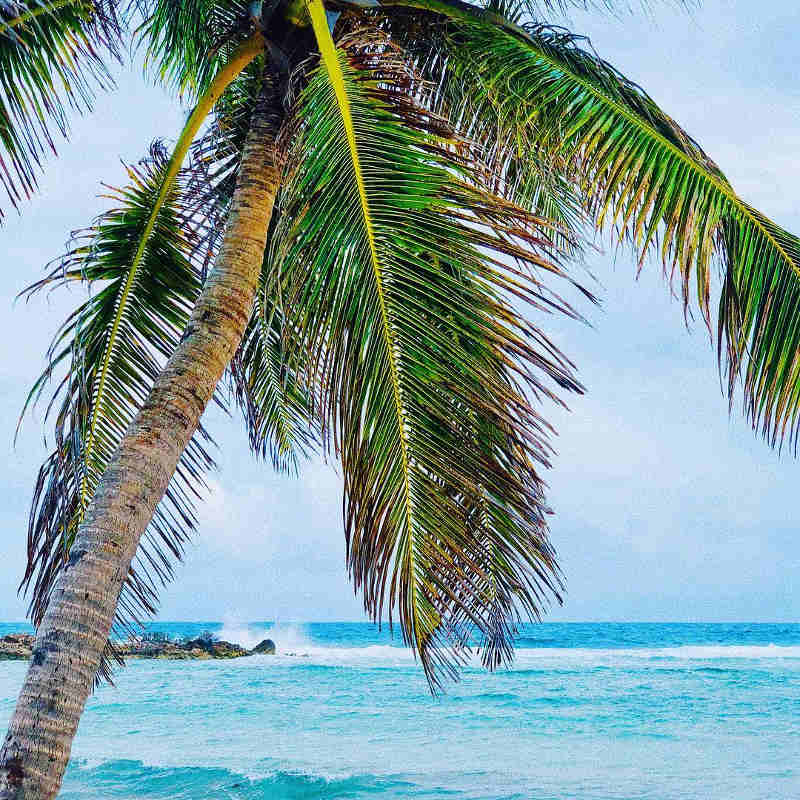 How much are flights to Mexico?

Mexico’s high season will depend on the city you’re flying to. Here is a general explanation of flights to Mexico for South African travellers.

Flights to Mexico during its summer months can cost you 40% more as South Africans avoid the cold winter season back home. Keep in mind that the summer months are peak season for Mexican families to travel in and around the country. Be prepared for crowded beaches and high prices. Book your flights and accommodation well in advance!

Low Season – March to May/ September-December

Travel outside the summer months and save up to 40% on flights to Mexico. The day after Easter (around March or April) to May, and September to mid-December is generally considered the low season.

The capital of the Mexican state of Yucatán, Mérida, is home to the celebrated International Arts Festival. Mérida’s bustling cultural scene comes to life during the festival which showcases an array of literature, theatre, cinema, dance, visual arts, and more.

Thousands of people travel from around the world and make their way to the main temple of Kukulcan at Chichén Itzá to celebrate the start of spring. On 20 March, you can witness the play of natural light and shadow which looks like a serpent descending from the northern staircase. The day is accompanied by rock bands, traditional Mexican music and folk-dance troupes.

The country celebrates the anniversary of its independence from Spain in fine fashion. The national holiday is celebrated with reenactments of the historic moment and an array of performances, including fireworks and dance routines. Plenty of food, dancing and music is involved!

Day of the Dead is a celebration of life and death. The world-renowned holiday originated in Mexico and is celebrated all over Latin America. In Mexico, this day is celebrated in remembrance and in honour of deceased loved ones.

Head to the Caribbean shoreline in Playa del Carmen for the thrilling jazz festival. Major national and international jazz artists are invited to perform at Mamita’s Beach Club. The festival is free to attend. Previous line-ups include Earth, Wind & Fire, Sheila E., and Sergio Mendez. 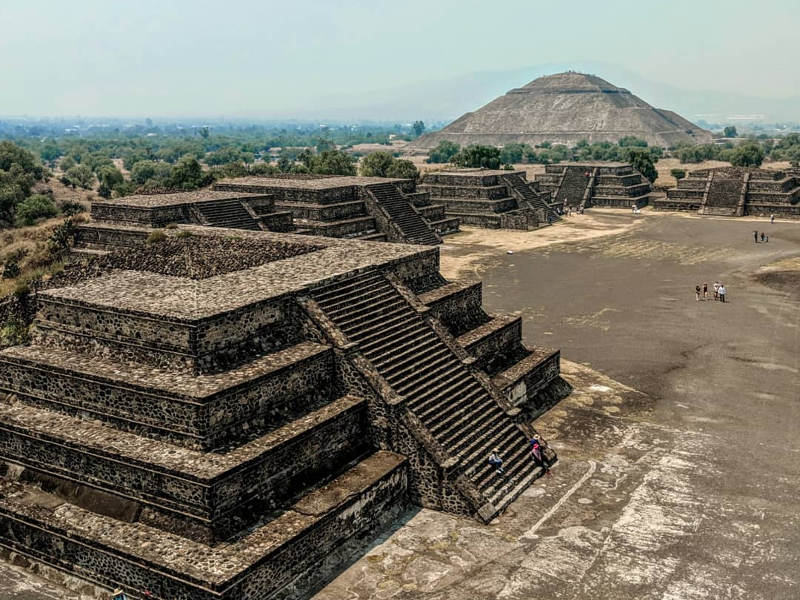 Experiencing Mexico first-hand is a dream come true! Its various climates and landscapes make it easy to understand why a trip to this country is absolutely worth it. With this helpful guide on the best time to visit Mexico, you’re ready to see and experience the Aztec ruins, mariachi music, authentic tacos and breathtaking contemporary art.

Book your cheap flights to Mexico with Travelstart.co.za!

Sign up to our newsletter for the ultimate flight specials to Mexico and other amazing destinations.

Have you recently visited Mexico? Tell us about your experience in the comments below.