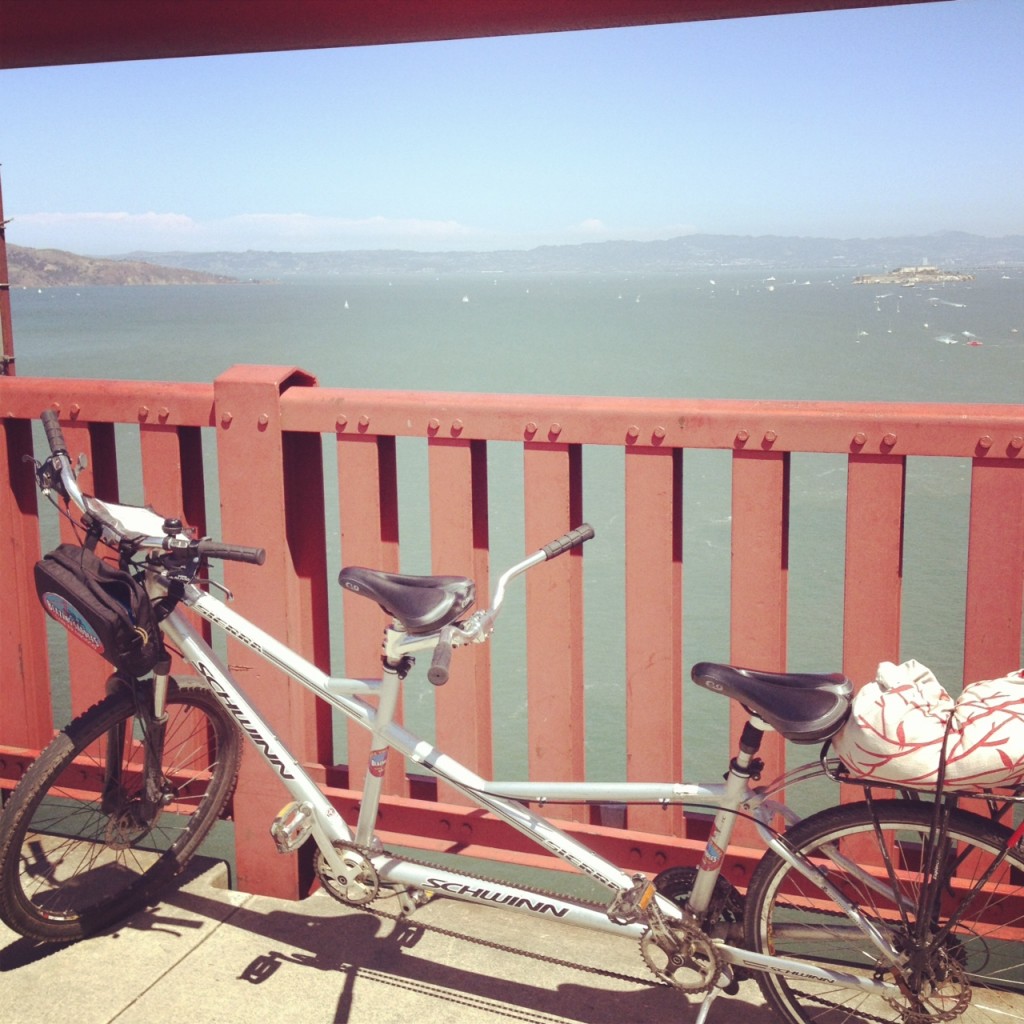 One of the most awesome things we did during our month in the USA (a month that was pretty much awesome from start to finish) was biking over Golden Gate Bridge. Yes, it’s on the tourist list and everyone does it, but that doesn’t make it any less fun.

We hired a tandem (yes! A tandem bicycle over Golden Gate Bridge – talk about a dream come true) and headed off along busy Fisherman’s Wharf and up and over a small hill to Marina Green. Our timing was particularly lucky, because the America’s Cup semi-finals were happening that day, so we were able to see yachts racing across the water from a distinctly uncluttered vantage point. Then from Marina Green we headed to Crissy Fields, past giant red steel artworks, and then began the climb to Golden Gate Bridge.

Let me share a little secret with you here: when you hire your bicycle, they tell you to go a certain route, that includes a viewpoint from beneath the bridge. While this is a great route to that viewpoint, it means you’ll be cycling directly uphill for what will feel like at least an hour. If you take the top road to the bridge, you can cycle downhill to the viewpoint on the way back, and feel vastly superior to all the sweaty souls making their way up the mountain.

Viewpoints abound, in fact, and it’s tricky not to want to stop cycling and take pictures every five minutes. From the bridge itself the views will take your breath away, and there’s something very cool about hanging out on a landmark seen in so many movies… You can continue on and over the bridge to the suburbs on the other side, or meander your way back to the city – it depends how much time you want to spend in the saddle and if you want to follow the entire tourist route or veer off it (as we did).

Whatever you do, though, don’t miss out on cycling over Golden Gate Bridge – it’s a memory that will stick with me for years.