Do you consider yourself a friend of Qantas? When you fly to the East and beyond is Qantas your number one choice airline? Then you’re probably in the running to claim a whole bunch of rewards from Australia’s national airline.

Qantas today announced a range of specials to thank their loyal customers who stuck with them through the thick of the recent strikes.

Selected Qantas Frequent Flyers will be offered additional points based on their tier status for all eligible Qantas flights between 16th November 2011 and 23rd December 2011, including new bookings and those already made.

In true Australian spirit Qantas CEO Alan Joyce says “We deeply regret the impact on our Frequent Flyers of the recent industrial action and grounding of the Qantas fleet. However, our customers can now book Qantas flights with confidence and certainty. Qantas is now 100 per cent focused on getting customers to their destinations, safely, on time, in comfort, and rewarding their loyalty to Qantas. We are delighted to be offering these special bonuses to our valued Frequent Flyers.”

If I qualify, what do I get? 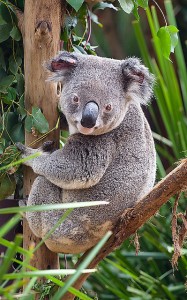 Any Qantas passengers that were directly impacted by the strike action will be offered a unique Qantas gift or experience. This could be a complimentary epiQure – Qantas’ online food and wine community, a Qantas First Lounge or Qantas Club invitation, a voucher for Qantas Valet or Qantas Drive, or a complimentary Q Bag Tag depending on the member’s tier status.

Remember you have between now and 23rd December 2011 to claim your Qantas bonus points, gift or experience. Hurry over to Travelstart and book your Qantas flights now. And go….

N.B. If you’ve selected the optional extra “Customize My Booking” on Travelstart, then be sure to contact us so that we can add your Frequent Flyer Number to your booking.