“They said of course, that Budapest is beautiful. But it is in fact almost ludicrously beautiful.” – Anthony Bourdain

Budapest, the capital city of Hungary was created on the 17th of November 1873 as a result of the merger of the three neighboring cities of Pest, Buda and the old town Óbuda. Located on the hilly west, Buda was the traditional home of royalty, castles and Elven-style fortresses; while Pest was a commercial hub, today it’s bustling with city slickers, hotels and hip bars is on the east.

Located just 200 km from Bratislava, Slovakia; 250 km from Vienna, Austria and 525 km from Prague. Budapest is a city of many personalities and walking around feels like you could be in any one of South Africa’s capitals. Its suburbs are leafy and its footpaths are populated with bustling locals, wandering in and out of street-side grocery stores and small, artisanal eateries. Known for their architecture, admirable love of paprika and best spas in Europe. Here’s a list of things to do and see when exploring the city for 48 hours: 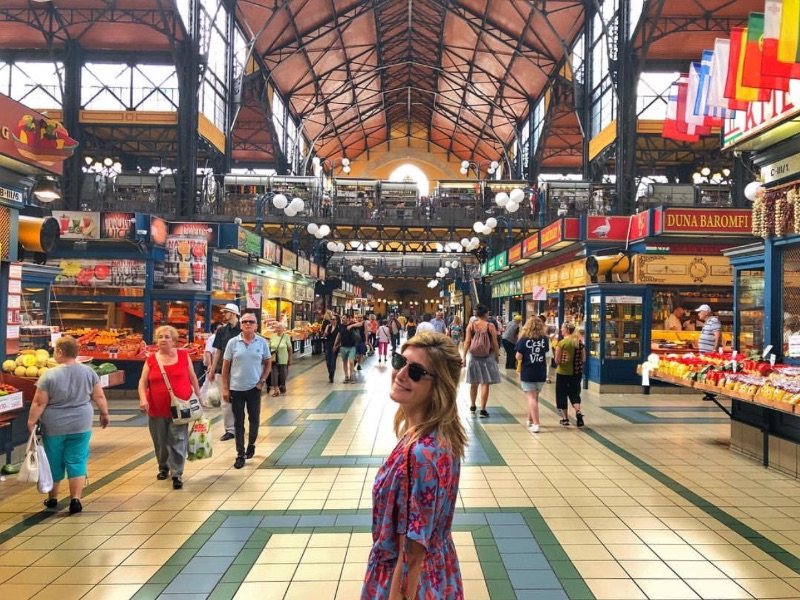 Start your day at the Great Market Hall where one can fuel up for a busy day of exploring with a bite to eat from one of the market stalls. Opened in 1897, this is Budapest’s oldest and largest indoor market with three floors of fresh fruit and vegetables, delicious pastries and street food like toltott kaposzta (stuffed cabbage), Hungarian goulash (stew), Hortobagyi palacsinta (meat-filled pancakes).

Take the Budapest Metro, the oldest underground system in Europe. It began operations in 1896, is also the second oldest electrically operated underground railway in the world, predated only by the London Underground. Price for a single ticket is HUF 350 (R17). 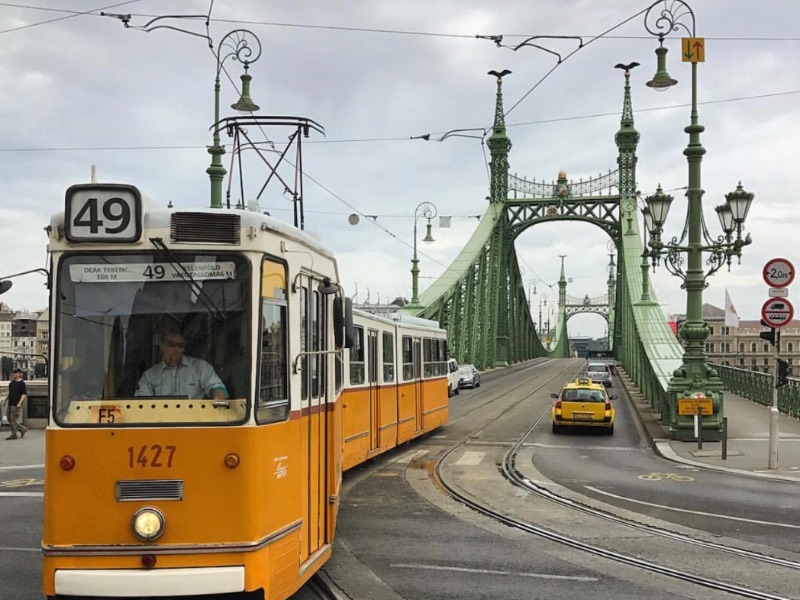 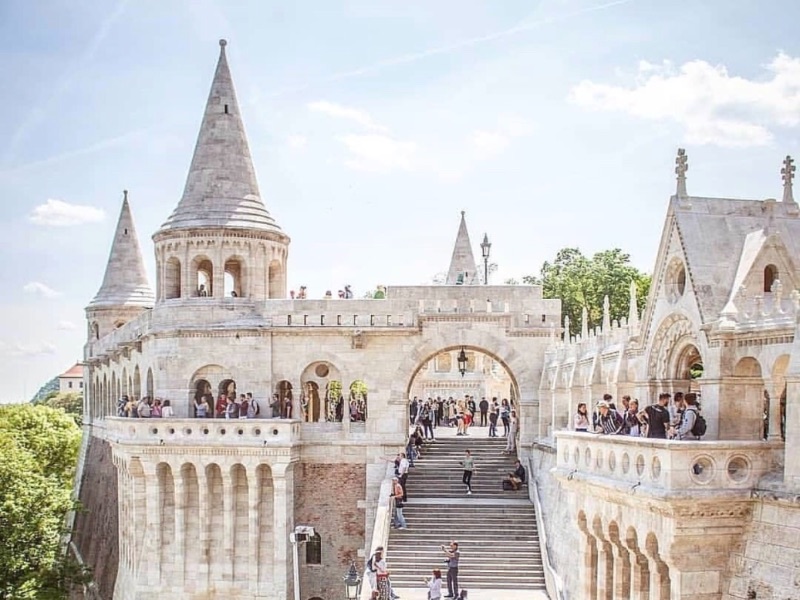 A trip to Castle Hill is a must, where Buda Castle (formerly Royal Palace) is found, a palace razed and rebuilt over centuries, now home to the Hungarian National Gallery and Budapest History Museum. The gallery hosts a large collection of Hungarian paintings, drawings and sculptures. Other attractions include the Fisherman’s Bastion, a neo-Romanesque architecture which features conical turrets, seven of which are said to represent the original seven Magyar tribes. The grounds are open 24/7 but the gallery and museum are only  open on Tuesday- Sunday 10am-6pm. It is well worth booking in advance, as the queues can get really long during the day. Tickets for non-EU citizens are 1600 HUF (R78).

Note: There is an additional fee for some exhibits and Matthias Church and for the upper-level lookout terrace at Fisherman’s Bastion. 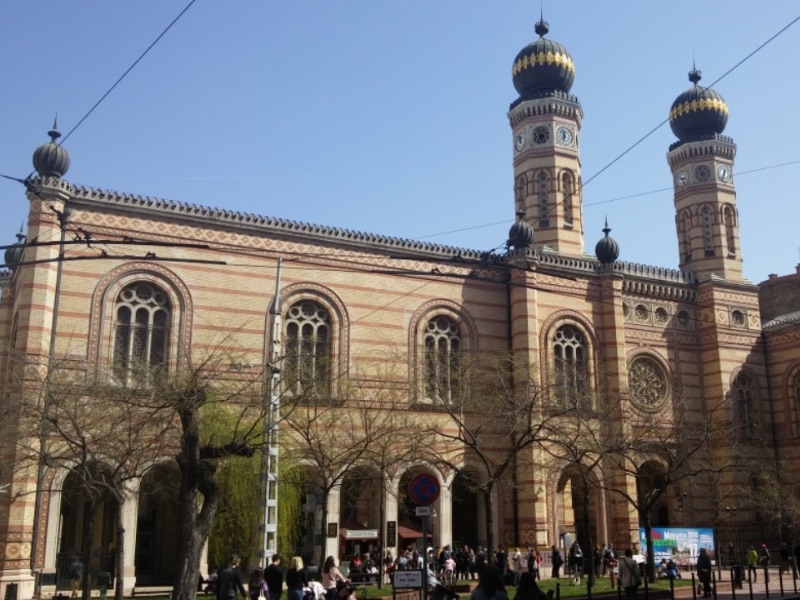 Budapest has the second largest synagogue in the world which was listed as a UNESCO World Heritage. The Dohany Street Synagogue was built in 1859 in the Moorish style and it can seat 3000 people. Its huge size demonstrates the significance and the high economic and cultural standards of the Budapest Jewry of the age. Tickets are 4000 HUF (R194) and can be purchased at the entrance. 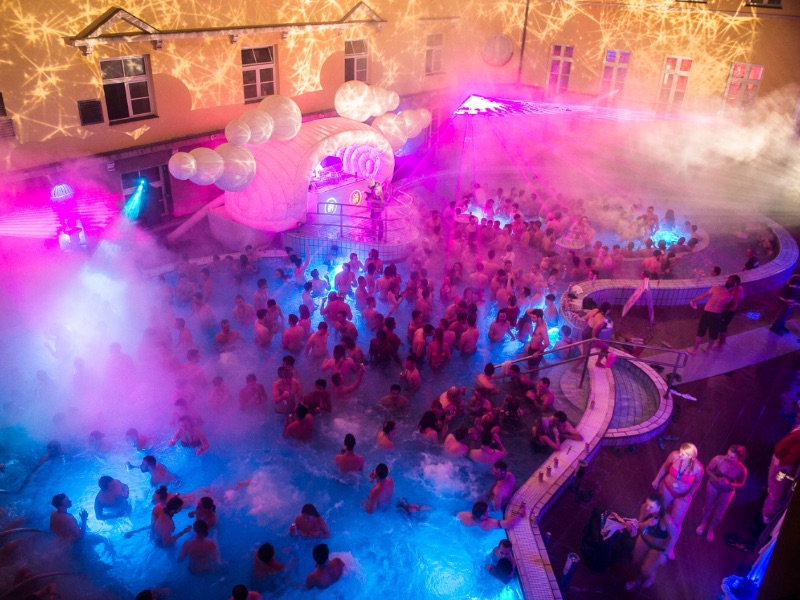 For HUF 20 900 (R1007) per couple, the Lukács Bath Party is a unique experience where one can enjoy cocktails while listening to music in a thermal bath. 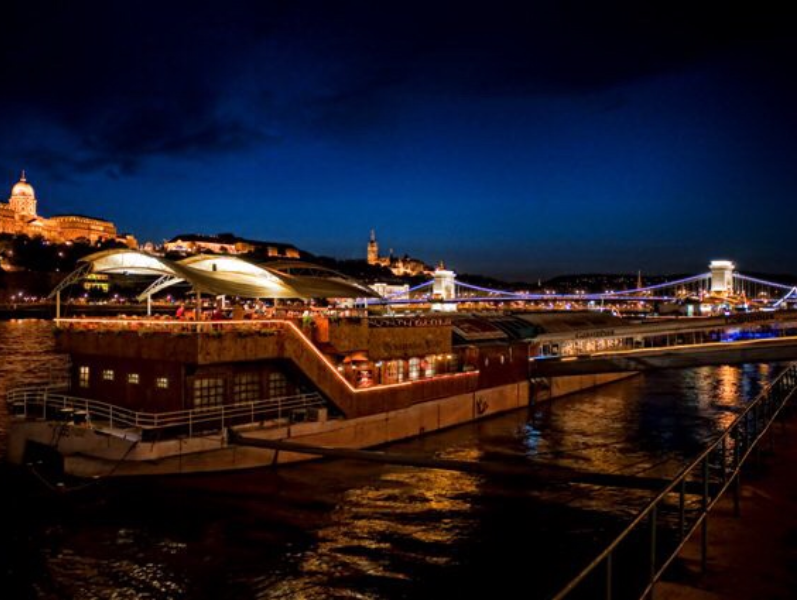 Dine at Columbus Étterem és Pub, a boat restaurant and jazz club that sails on Danube River and serves Hungarian dishes. Dinner and drinks for two can range between 5000 HUF (R240) – 25 000 HUF (R1204). 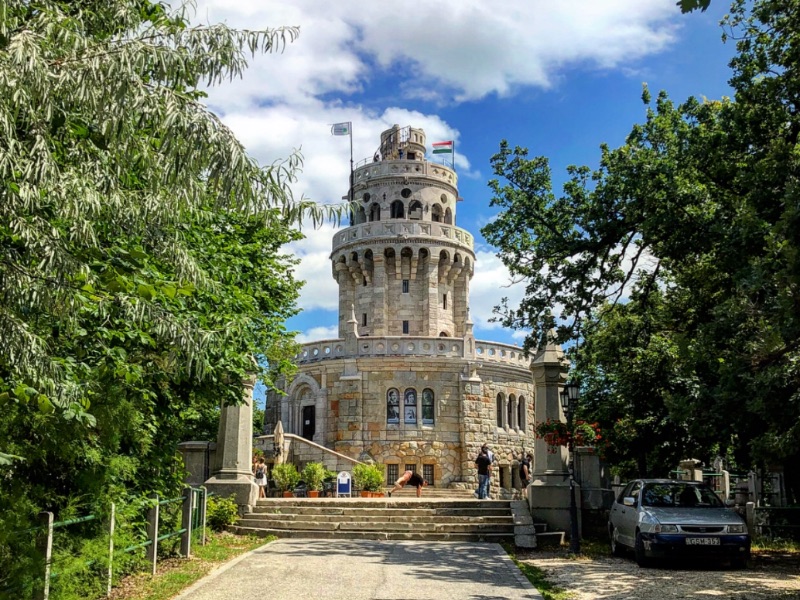 Adventure purists should consider escaping the city and taking a 40 minute drive to Buda Hills. Reachable by bus then a chairlift, János-hegyis is thhe highest point (527m) of Budapest. On top of the hill stands the Elizabeth Lookout Tower that was built in 1911 and named after Empress Elisabeth, wife of Emperor Franz Joseph I. Visitors can enjoy amazing views of the city. This is a popular destination among hikers, mountain bikers and runners. 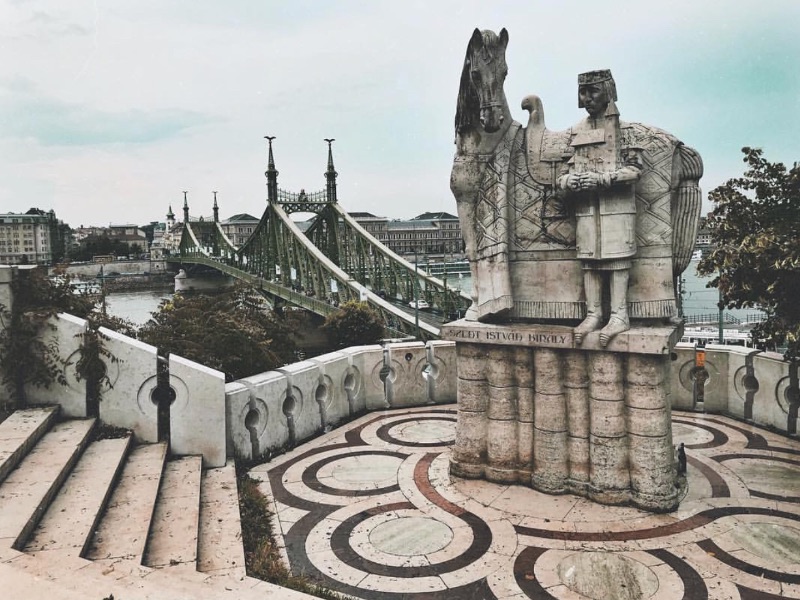 Located inside the Gellért Hill Cave, in Budapest Old Town is the Sziklatemplom also known as the Rock Church. The chapel was founded by a group of Pauline monks in 1926. It’s believed that a hermit used to live there and use natural thermal water of a muddy lake next to the cave to heal the sick. During World War II it also serviced as a military hospital for the Nazi army. 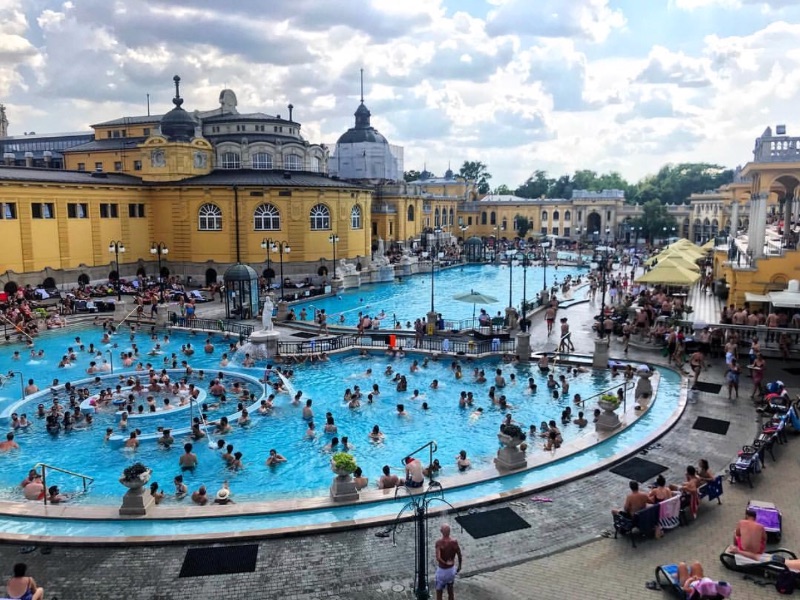 Hungary has one of the most important thermal spring cultures in Europe. The country boasts no less than 1,500 spas, typically featuring Ottoman-era architecture. A visit to Budapest is incomplete without visiting a thermal spa, renowned throughout the world for their therapeutic effects. Built in 1913, Széchenyi Spa is the most popular and largest medicinal bath in Europe with 11 medicinal pools and eight regular swimming pools. The water contains minerals that are recommended for treating degenerative joint diseases and chronic articular inflammation. Full day tickets are 6000 HUF (R291) on weekdays and 6200 HUF (R300) on weekends this excludes other services like manicures and pedicures 3200 HUF (R155), and different massages that range from 6,500 HUF (R315) to 16,000 HUF (R770). 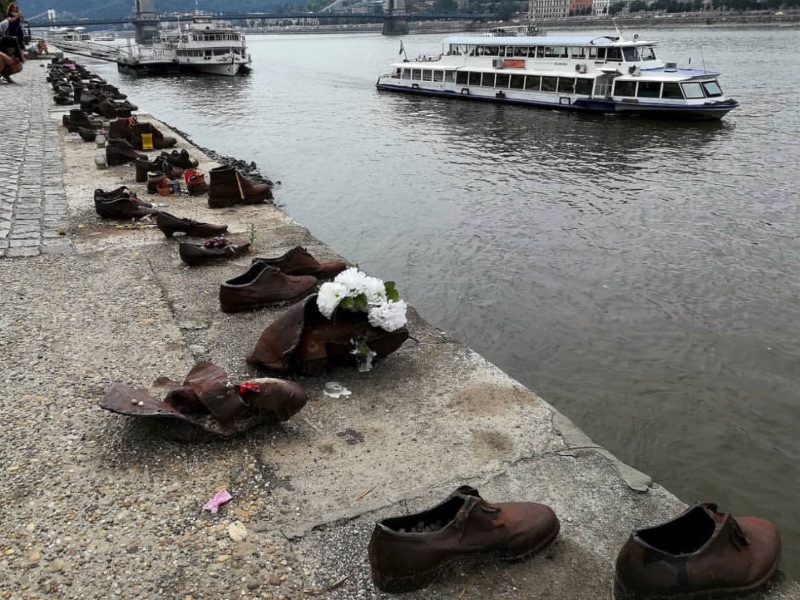 Take a stroll on Danube Promenade, located on the Pest side, the banks of the Danube were added to the World Heritage List in 1987. Sites to see along this stretch of the Danube include the Elizabeth Bridge which was named in honor of Queen Elisabeth, wife of Emperor Franz Joseph. The original suspension bridge was built at the end of the 19th century, but the damage sustained in World War II left the bridge beyond repair. Using the old pillars, a new bridge was built in the 1960s. The Chain Bridge, the first permanent stone-bridge connecting Pest and Buda. The shoes on Danube Bank, this memorial honours the Jews who were ordered to take off their shoes then tied together before they were shot at on the banks of the river, and thrown into it by fascist militiamen during World War II. The Vigadó concert hall and the Margaret Bridge. The famous bridges and landmarks are beautifully illuminated every night. 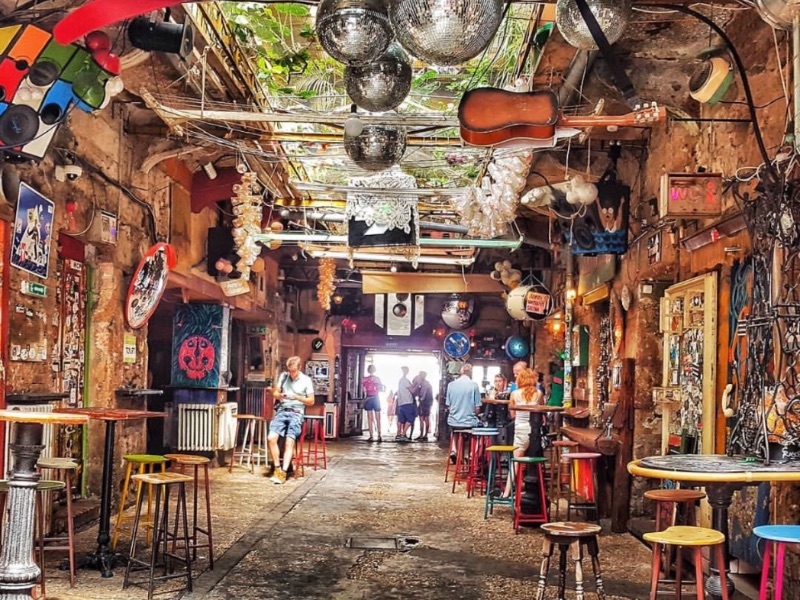 Have a drink at Szimpla Kert also known as the ruin pub where abandoned buildings and derelict spaces transformed into an eclectic meeting place. With mismatched furniture, colorful lights, unique art work, funky decor, cheap food and alcohol, this is where to go to party with the locals

Please note this process is available to South African passport holders. Requirements for the Hungary Visa are the same as with any other Schengen visa, here is what travellers need to know:

Type of tourist visa and cost:

Step by step: How to apply for a Schengen Visa

Have you been to Budapest? Any must-see places you’d recommend? We’d love to hear your tips on how to fit the most of this city into a short trip.

All information on this page was correct at the time of publishing and may change at any time without prior notice. Travelstart will not be held liable for loss or inconvenience resulting from the use of information from this website!