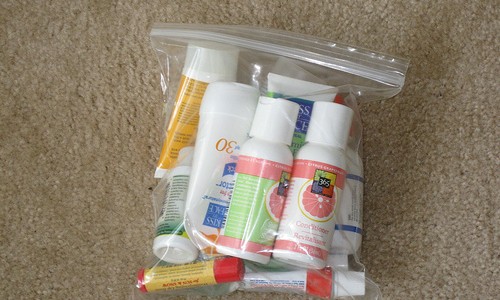 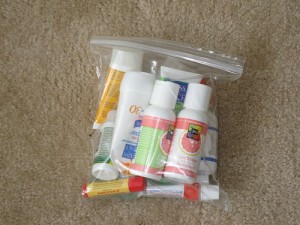 I read some very exciting news the other day. The restrictions to carry liquids on board a plane that were put in place back in 2006 when a potential bomb plot was uncovered involving liquid bombs, have been eased from April 28th. Albeit partially. Finally, I say! No more waiting in line with a see-through bag that is filled with your very personal toiletries. You can learn a lot about a person by just looking at their little plastic bag. I mean do you really want other people to see you have bad breath, stomach problems and a receding hairline?

Another thing what really gets to me about this regulation is the overzealousness of the security agents. On a flight from the Bahamas to Miami, I totally forgot about my lip-gloss that was lying around in my handbag. The security agent found it and looked at me like a belligerent schoolteacher when she said: “I can’t let you take this on board! It should be in a small plastic bag.” After a lot of arguing,  I had to part from my beloved lip-gloss which was well below the allowed 100ml, by the way. Gutted, I was.

I also have trouble understanding is that I’m not allowed to bring a pot of Nivea facial cream that contains 200ml of beauty enhancing ingredients while there are airplanes flying over pretty much the entire central area of London every 2 minutes. Not to mention my house. Although I guess there is a risk I could throw my pot of Nivea through the cabin at that guy that snores like a big brown bear.

But that aside, it looks like we soon have to worry about all of that anymore. So no more trying to squeeze that last mini 100ml shampoo bottle in your already overflowing little plastic bag. At last.