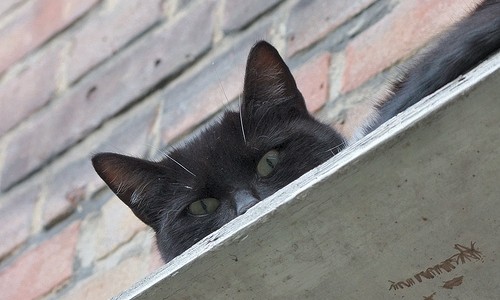 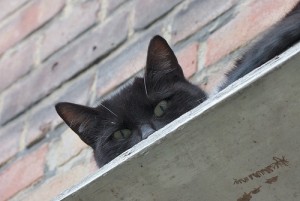 Cat cafes are usually coffee or tea shops where guests can come in, have a tea or coffee while playing with cats. And Cafe Neko is exactly that. It looks like a normal coffee house, but the theme is so evidently feline. There are pictures of cats hung on the wall, cat toys and baskets are strewn all over the place and of course there are real cats trotting about the coffee shop; draped over the furniture, playing with the punters or simply enjoying being petted by them.

The idea comes of course from quirky Japan where Cat cafes are already hugely popular. They have been around for a couple of years now and new ones still keep popping up all over the country.

Takako Ishimitsu thought it would be a good idea to bring a slice of Japan to the streets of Vienna and so far it seems to be a successful venture. Ishimitsu told the media: “Surprisingly, more than 99 per cent of the reactions are positive. One of our goals is to provide some happiness to people who cannot have cats on their own, because of their jobs or family members suffering from allergies.”

The Viennese cat cafe has five felines and they all come from an animal rescue home. Ishimitsu felt that her cat cafe would also be an excellent way to give a new home to some of the cats from the local pet shelter which she had been supporting for years.

It seems to be a win/win venture for the animals as well as the punters. Except of course, if you’re a dog. Unfortunately, no dogs allowed at cat cafe Neko.