Mexico is the 14th largest country in the world and has 32 states. It’s known for its Pacific and Gulf of Mexico beaches, diverse landscape of mountains, desserts and jungles. Discover Chichén Itzá which is one of the new 7 wonders of the world and a UNESCO world heritage site! There are over 4,400 Maya sites throughout Latin America, with about 200 of them located in Mexico.

Chichén Itzá is the most visited ancient ruin in Mexico and is located in the state of Yucatán. The main purpose of Chichén Itzá was to serve as a religious center for the people in this region. Built by the Maya people, the ruins were once a large city and cover an area of 5 square kilometres. “Chichén Itzá” means: “At the mouth of the well of the Itza.” This is derived from chi which means “mouth” or “edge,” and ch’en meaning “well”. The name is fitting because the many cenotes (natural pit) nearby which they used as a source of water. Chichén Itzá was also an important trading center for the Maya people. 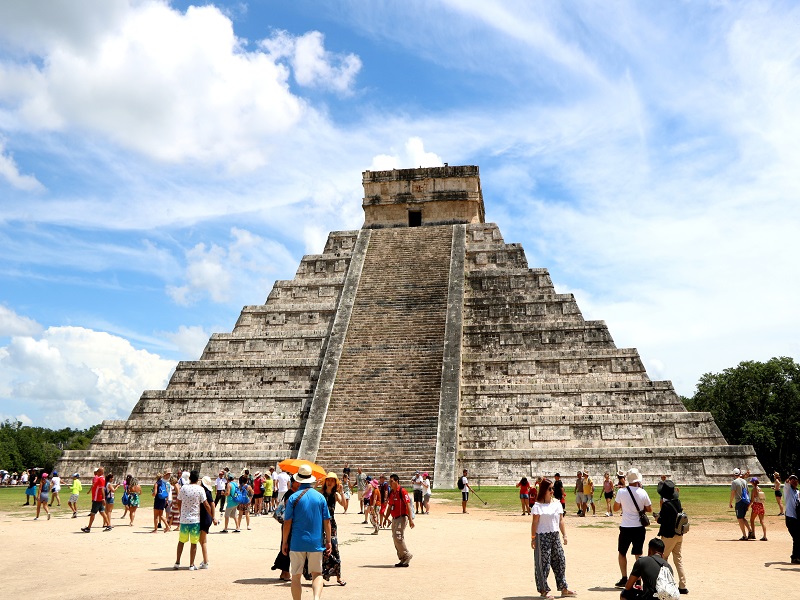 The buildings are grouped in a series of architectonic sets, and each set was at one time separated from the other by a series of low walls. El Castillo (the castle) dominates the center of Chichén Itzá. This 30 m high pyramid has exactly 91 steps on each side leading up to the top on the temple. When you include the steps taken to enter the temple, the total number of steps adds up to 365 – one for each day of the Mayan solar calendar, known as the Haab’. The same calendar that predicted the year 2012 to be the end of the world.

One of the reasons Chichén Itzá is a world-class site is because of its phenomenal architectural design. Twice a year, shadows align the steps of El Castillo creating an image of a snake. The sites are known for their exceptional acoustic design. For instance, El Castillo creates sounds that mimic the chirp of a bird which resembles the sound of the Mexican Quetzal, a sacred bird in the Mayan culture. The ‘chirp’ can be triggered by a hand clap made at the base of the staircase.The structures of Chichén Itzá were overgrown with jungle and slowly decayed until major archaeological projects began in the 1920’s. Since then, more of the ancient structures have been cleared and restored and more and more tourists come to visit.

Originating in the state of Yucatán, about 2600 B.C, the ancient Maya people were famous for their outstanding skills in agriculture, pottery, calendar-making and Mathematics. There are an estimated 7 million Maya people still living in and around the state of Yucatán, making them the largest single block of indigenous peoples north of Peru. They inhabit southern Mexico, Guatemala, Belize, El Salvador and Honduras. The term Maaya is a Yucatec Mayan language word that describes the language spoken by indigenous people in the Yucatán Peninsula, México 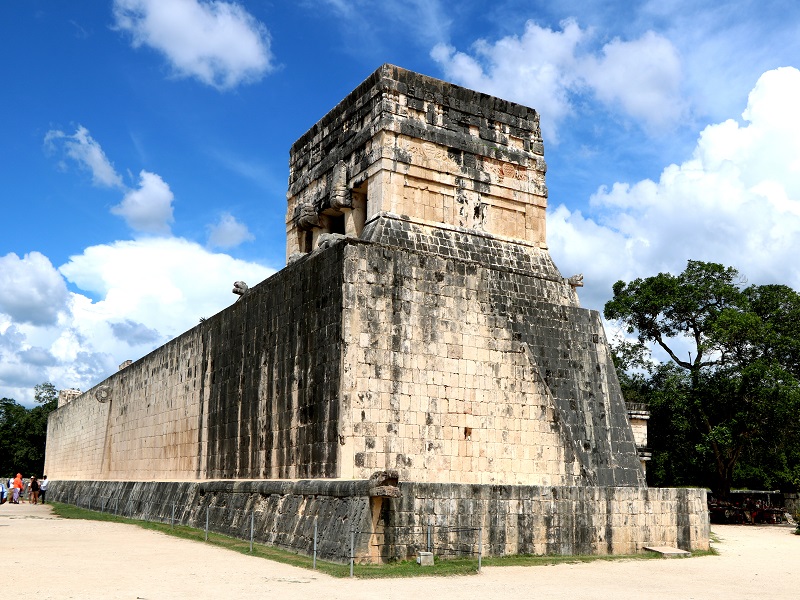 How to get to Chichén Itzá

Car rental: Rental car and driving privately to Chichén Itzá is one of the best options. There’s no reason for you to be intimidated by driving in Mexico. If you use a third-party website to rent cars, which often has really low prices, be aware that you’ll still have to buy insurance at the rental counter, which may double or even triple the original quote. Entrance fee at the ruins is 237 Mexican Pesos (R 165) and It’s free for kids under 12. This is a large park and usually visitors are on a tight schedule, consider the services of a guide. They can be found in the museum at the entrance and are very nice and reasonably priced.

Bus: ADO bus service from Cancun costs 202 Mexican Pesos (R136) for a one-way trip and takes 3 hours. You will be dropped right next to the ruins. You will need to purchase a ticket to visit the ruins. You’ll have about 4 hours to spend in the area if using the faster bus. Remember that if you are coming from Cancun or anywhere in that coast, you are in Eastern Standard Time and when you get to Chichén Itzá, it’ll be Central time, so you gain an hour to explore the ruins!

Day Tour: Many tourists visit Chichén Itzá as a day trip, especially from Cancun since there are a number of companies that organise tours. You can take a break from the busy city life and book a day tour to Chichén Itzá which is approximately 200 km away from Cancún. A full day tour (8am – 6pm) is approximately 36 USD (R 530) pp and includes all entrance fees, a buffet lunch with delicious Mexican food and a stop for a swim at a cenote. 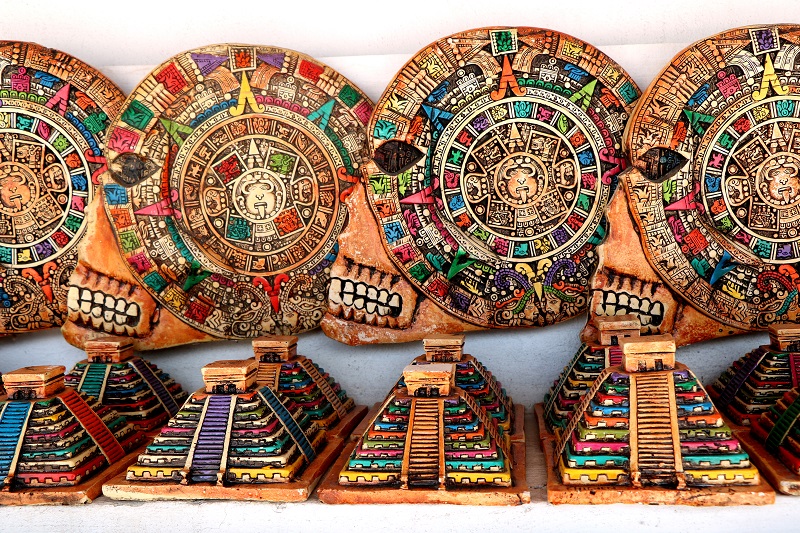 Travel Tip 1: At the site you can only get around on foot so make sure you wear comfortable shoes.

Travel Tip 2: Chichén Itzá is very hot, even if you visit in the mornings. It is advised to bring with you a hat/umbrella, sunblock and water.

Travel Tip 3: If you choose to visit the ruins without booking a day tour. The best option is book a hotel overnight in the area then visiting the ruins in the morning. The gates open at 8 am. You’ll experience significantly less crowds before the tourist busses arrive at about 10 am. It’s also the best time to avoid the heat.

Travel Tip 4: Chichén Itzá closes at 4 pm but reopens from 5 – 6 pm. Often you have the place almost to yourself.

Travel Tip 5: If you want to know more about the Mayan local communities, their cooking, religious rites, calendar system and ancient arts, visit the small towns around Chichén Itzá.

Chichén Itzá is incredible! While visiting, you can shop for souvenirs. Items like magnets are still super cheap so it’s always nice to pick up some gifts for your loved ones at home! In general, though, prices are higher here and you should shop around and negotiate on the cost.

What are you waiting for? Book your next trip to Mexico and explore one of the New 7 Wonders of the world!