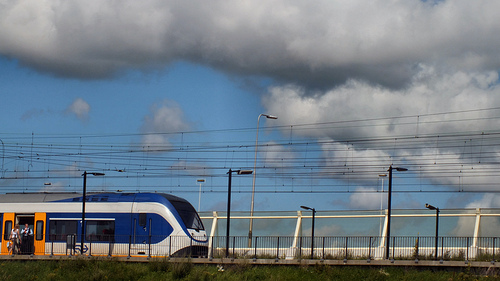 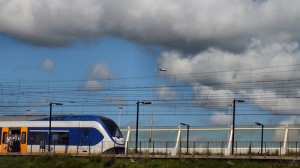 Train travellers in the Netherlands who find themselves on the so called Sprinter trains, will be unpleasantly surprised to find no loo on board. This has been a heated discussion topic for a couple of months and the Dutch national rail operator NS has been attacked over this. However, they’ve come up with a solution. You’d almost think that Ryanair CEO Michael O’Leary runs the national rail operator as they’ve proposed to stock the Sprinter trains with urine bags for those who have to spend an urgent penny. However they’re only to be used in emergency situations.

The initiative followed after a long and dragged out debate whether NS should install toilets on these trains or not. Most trains in the Netherlands do come equipped with loos, but the Sprinter trains, which are used for short distances only, don’t. With the last couple of winters being the harshest in decades and trains breaking down on numerous occasions, passengers did find themselves stuck on these loo-less trains for hours on end a few times.

The urine bags will be located in the conductor’s cabin where passengers who are in dire need of a loo, can do their business. I’m not sure how that will be put into practice though. Will the conductor step out every time someone needs to wee? Who will drive the train then? And where will one leave the used urine bags? Not in the conductor’s cabin I hope. I don’t think any driver would like to see their office being turned into a stinky loo-bag depository. And what about, you know, the other kind of business?

I understand that the Dutch Secretary of Transport Melanie Schultz, has pressed the national rail operator to install loos on every single train by 2025 and that the urine bags are only a short term solution. My suggestion till then is that when you’re planning on taking the train in the Netherlands, don’t drink anything before you travel. Otherwise you might just find yourself showing the train conductor more than just your ticket.