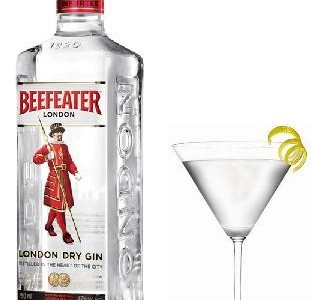 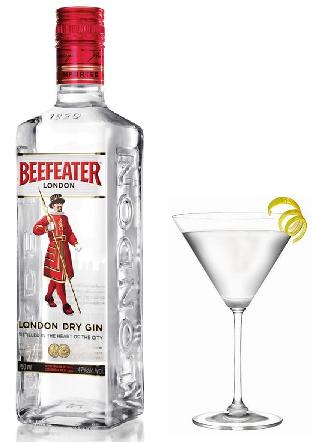 Beefeater Gin and the Classic Martini

Gin traces its origins back to the 11th century, when Italian monks added juniper berries—a primary ingredient of gin—to spirits for flavoring and medicinal value. This crude liquor was often used as a remedy for illness, and was drunk during the medieval period to thwart the effects of the plague. Obviously, it was largely ineffective.

Fast forward a few hundred years, and Dutch physicians and chemists sold a more refined gin-like spirit for the purpose of treating stomach ailments and a variety of other health issues. British soldiers in Holland during the Eighty Years War encountered the gin, liked it, and brought it back to England, where it became very popular among the poor.

The British government encouraged gin distillation and, to help the fledgling spirit, imposed heavy taxes on imported liquor. Within a few years, gin distillation was booming in England, with gin the country’s favored beverage, even outpacing beer in production and sales. However, the unregulated gin market soon began churning out vats and vats of pure swill — cheap, crudely-made liquor often flavored with turpentine and sold for absurdly cheap prices. As a result, gin-related social, criminal and medical problems increased. Ensuing legislation forced distillers to sell only to licensed distributors, putting more regulatory control into the hands of the government. Though some illicit gins continued to be produced for decades, the gin market began to improve as better brands using quality techniques emerged.

Today, gin is enjoyed all over the world. The London Dry style of gin is one of the most common, featuring noticeable flavors of juniper, while new Western style gins are more subtle and experiment with various botanicals. For the uninitiated, the classic martini is a great foray into gin.

Stir (don’t shake) all ingredients with ice, and strain into a chilled cocktail glass.