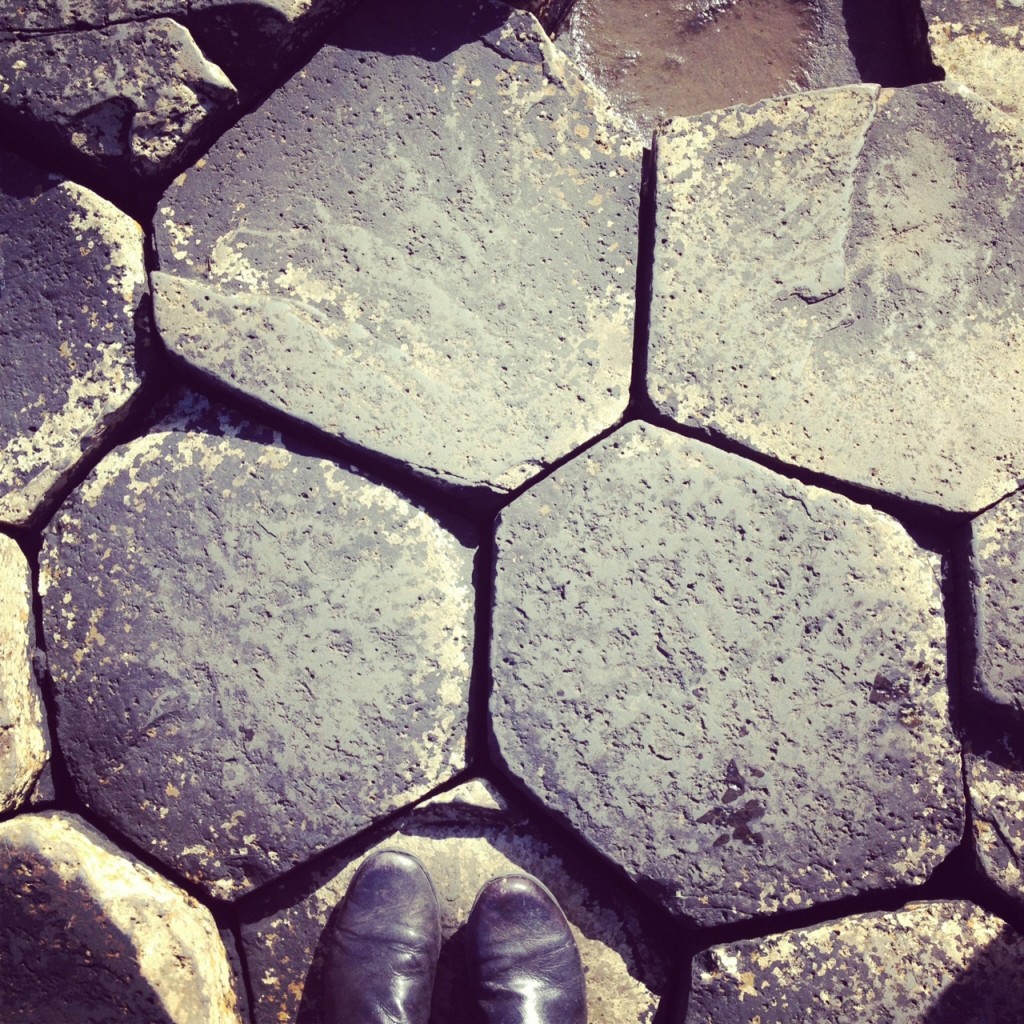 Travelling around Ireland almost makes you immune to beauty. There is just so much of it – every road is a scenic route, every corner holds a new scene that looks like it’s been lifted straight out of a picture postcard. So by the time we reached Belfast and its resident beauty, Giant’s Causeway, I thought I had seen it all… Well, nearly.

Needless to say, I was wrong. Giant’s Causeway is, quite simply, an absolutely fascinating natural wonder. Somehow, molten lava from an ancient volcanic eruption created this wonder, which looks like nothing much from afar, but a miracle of nature up close. Essentially, it’s a whole collection of hexagonal interlocking basalt columns that fit together like an intricate puzzle. Some of them push up into the sky, some can be walked over like paving, all are perfectly formed and – even stranger – perfectly uniform. They’ve been fitted together by some master puzzle-maker to create a mind-boggling display.

The other thing that makes Giant’s Causeway such a special attraction is that unlike most places you visit (where you have to walk around a strictly cordoned off area), Giant’s Causeway is open to the public. It’s right on the edge of the ocean, and you’re allowed climbing all over it. What this means is that you get to have an entirely personal experience of it, right down to finding the right stones to sit between and lean back, armchair-style.

And the name? Legend has it that the giant Finn McCool created it as a path across the water… A legend that makes an enormous amount of sense when you look at the tops of the columns forming stepping stones that start at the cliff and disappear beneath the waves. Whatever the origin, today Giant’s Causeway is a UNESCO World Heritage Site, and the most popular tourist attraction in Northern Ireland. Be sure not to miss it!