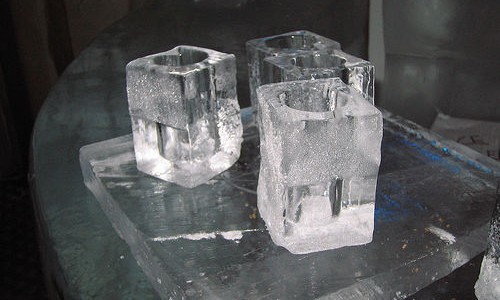 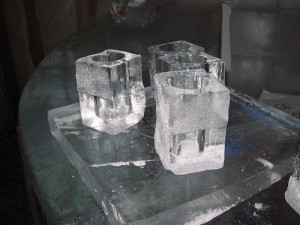 The ICEHOTEL Art & Design Group that builds the famous Ice Hotel in Jukkasjärvi in Sweden every year has revealed plans to add an ice mosque to its complex.

Every year when temperatures drop, the Ice Hotel is built by a group of skilled ice builders, designers and architects. The blocks of snow and ice are harvested from the nearby river Torne and sculpted, chiseled and morphed into a unique design every winter. And then every year when temperature rise, the Ice Hotel melts down to a muddy puddle only to start the process again in the following autumn.

The first Ice Hotel was built in 1989 and every winter after that it has been rebuilt. For the last couple of years the ice complex has seen the addition of an ice church which proved to be very popular with couples wanting to get married in Swedish Lapland. I guess the cold doesn’t put them off as around 150 couples say: ‘I do!’ in the Ice Church every year. Albeit it with chattering teeth and blue lips.

Next year an ice mosque will be erected next to the ice church, which some people might think to be a bit controversial. But the ICEHOTEL Art & Design Group doesn’t think so.

According to the director of the Ice Hotel, Yngve Bergqvist, the hotel hosts many tourists from all over the world including Muslims, so he sees it as an extra service to them which gives them an opportunity to get married here as well. As preparations for this year’s build have already started, it is now too late to add the ice mosque to the complex this coming winter, however the plan is to have it up and running during the winter of 2012/2013.

This means that all the couples wanting to get hitched in a sub-zero icy mosque at Ice Hotel will have to wait another year. At least that will give them some more time to look for a woolly hat and mittens that match their wedding dresses.