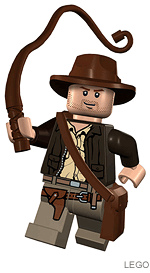 The fun at Legoland Windsor doesn’t need to end when the park gates close as the LEGO themed attraction park has announced it is opening a new hotel on its grounds in March 2012.

As if the funpark itself isn’t fun enough, the new hotel has plenty of amusement to offer visitors as well.  Legoland Windsor’s new hotel will boast 150 rooms which will all feature one of three themes. Choose from the royally decorated kingdom room, the pirate room which comes with Polly the LEGO parrot, or feel like Indy Jones in the adventure room. But that’s not all. The hotel will also have a treasure trail carpet, a kids play area and a pirate themed water play area.  There is also a pool, interactive LEGO displays, a bar and buffet restaurant with kid friendly menus and play areas.

Room prices at the Legoland hotel will vary between £247 and £337 (R3150 – R4300) for a family room and it includes breakfast and entrance tickets to the amusement park for two days. And if that’s not enough, each guest will receive a complimentary LEGO gift upon check-in.

Even though the hotel won’t see its first guests till March 2012, they are already taking bookings now. And if you do so before Christmas, you will be entered in a prize draw with exciting prizes up for grabs.

The new Legoland hotel in Windsor promises to be a must stay hotel for all die hard LEGO fans.  I think the only hard part of staying at this hotel is trying to make your children go to sleep.