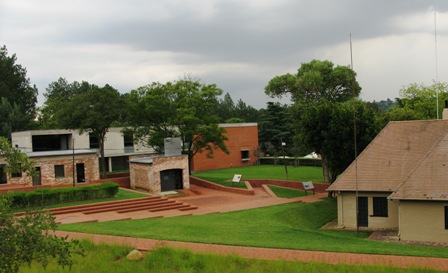 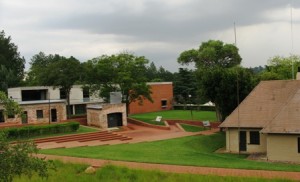 When it comes to presenting modern history for public consumption, South African museums, or more precisely Johannesburg museums, are experts in this type of discourse. The Apartheid Museum, Constitution Hill, and the Hector Peterson memorial are a few that come to mind.

The Liliesleaf Trust, comprising the Liliesleaf farm and a heritage resource centre, is the most recent addition to Johannesburg’s collection of freedom struggle museums, and continues the trend of interactive, dialogue-driven museums.

Set in the midst of the affluent northern suburb of Rivonia, the Liliesleaf complex is surrounded by upmarket homes. While the Liliesleaf farm may have been chosen for its isolation 50-odd years ago, its present day location is a stark reminder that the best way to disguise an undercover operation is to hide it in plain sight.

Liliesleaf farm’s role in the apartheid struggle spans just 3 years, but its history is dramatic, notably as the turning point when the ANC leadership decided that passive resistance against apartheid was futile and vowed to take up arms to win the liberation struggle.

In 1960, the South African Communist Party covertly procured Liliesleaf farm on behalf of the ANC, where the property served as a secret meeting place and the headquarters of the ANC’s newly formed military wing, MK, or Umkhonto we sizwe (spear of the nation). 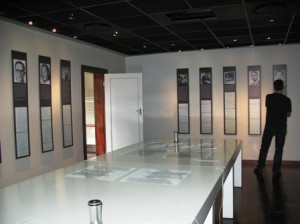 On the 11th of July 1963, police raided the farm and arrested virtually the whole MK leadership. Nelson Mandela, who formerly used Liliesleaf as a safe house, was implicated in MK’s plans to overthrow the apartheid regime using armed resistance. Along with 8 others, Mandela was convicted of treason at the infamous Rivonia treason trial and sentenced to life imprisonment.

In dealing with the difficult subject of violence as a route to peace, Liliesleaf does a thorough job of recreating the social and political conditions that convinced the ANC leadership at that time they had no alternative other than to establish an armed force.

Though the content of the various exhibits is excellent, on some level the slickness of all the technology and the audio-video gizmos takes on the aura of a stage production, and detracts from the deadly seriousness of what the ANC was planning at Liliesleaf – bloodshed and civil war.

An MK leaflet issued on 16 December 1961 ends as follows “…The time comes in the life of any nation when there remain only two choices – submit or fight.”

Liliesleaf is one of Jo’burg’s best museums, not only because the the new structures have been integrated so eloquently into the existing historical site, but because it challenges visitors to consider their responses to thorny moral and political dilemmas that were inseparable from life under apartheid, and frighteningly pertinent today.