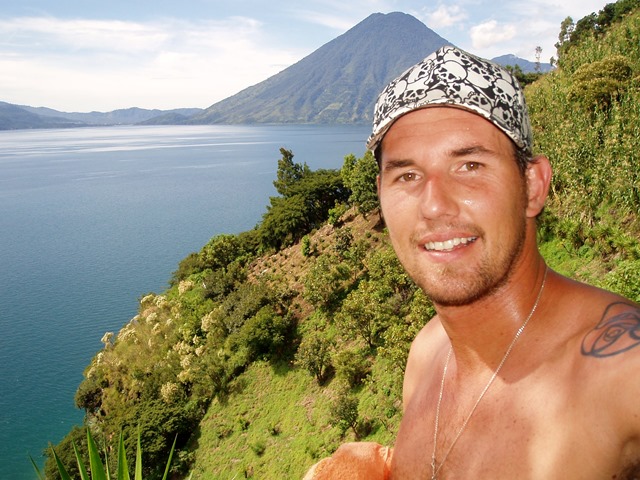 It´s 7am and I’ve reached the end of the blue line from downtown San Diego. Tijuana sprawls in front of me as I still stand on American soil. It has that haphazard look of a shanty town with a blue haze that hangs lazily over its gentle hills. I´m only a few steps from Mexico and on my right, in that no-man’s land between Mexico and America, a group of detained Mexican kids stare at me through the bars while American immigration processes them. So through the gate I went and am welcomed to Tijuana with a big bright mural – I felt like I had just walked out the back door of America.

Arriving at Tijuana airport I realised I had no idea which airline I was flying to Mexico City on, and after trying 2 airlines and getting a lot of frowns and shakes of the head it was time for a quick call to a friend to look up my flight. So off I was and after almost 30 hours of planes, trains, buses and taxis I made it to Puerto Escondido (my lack of Spanish definitely didn´t help me at all, however my Spanish sign language definitely did). 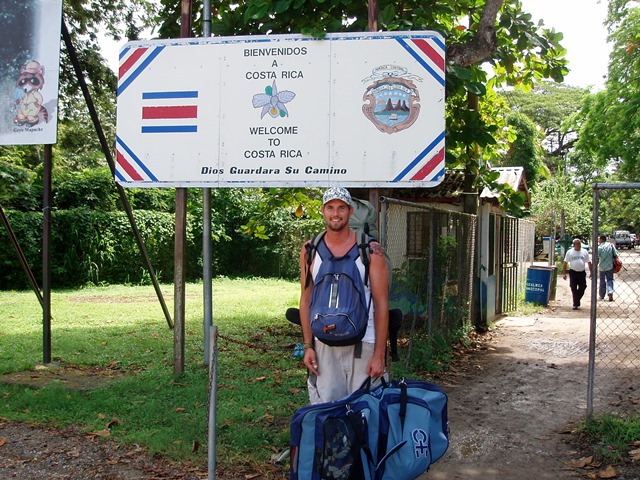 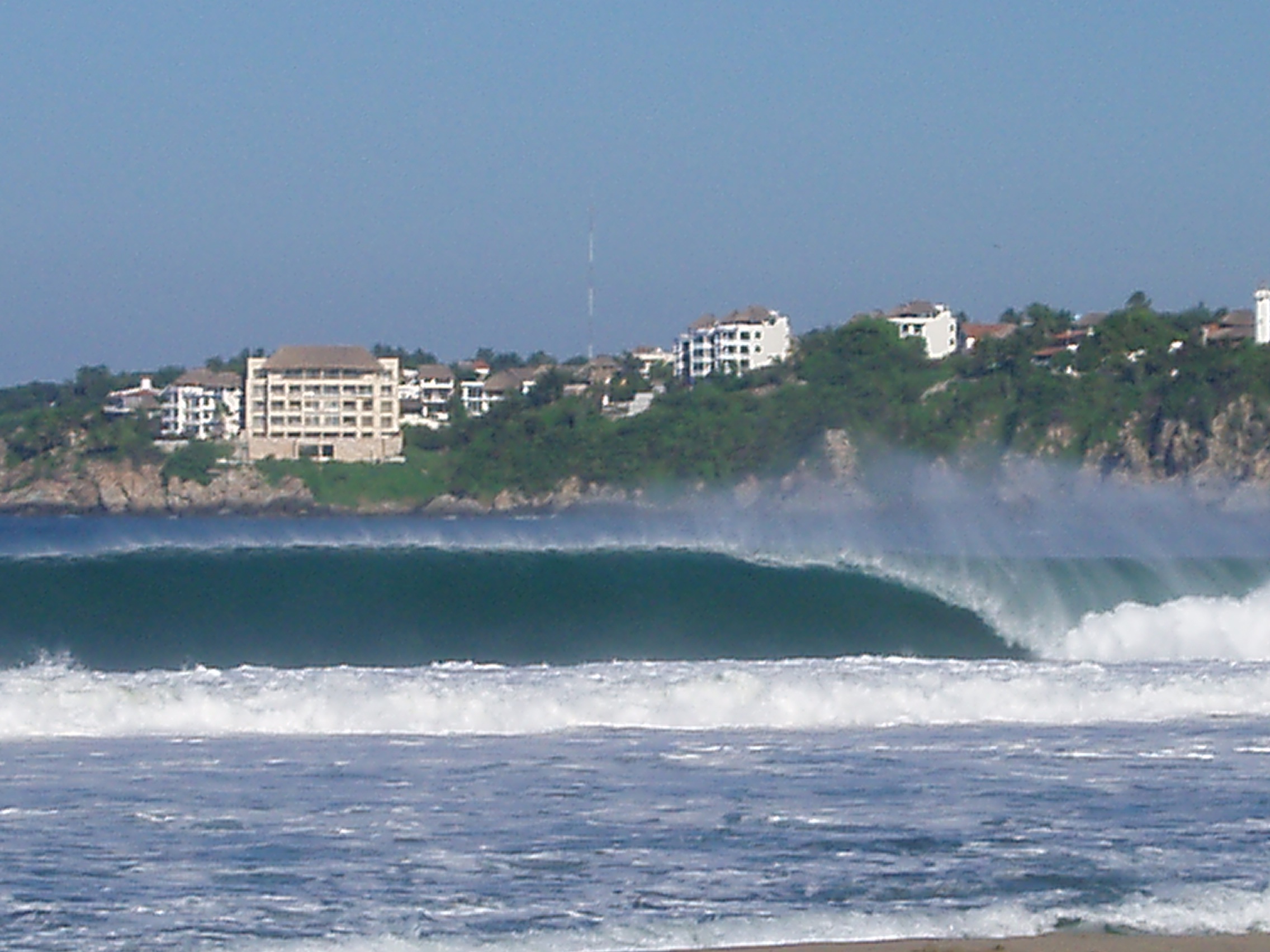 The first thing that hits you is the thick, sticky air. It has a very rural, tropical feel to it with lots of vegetation and palm trees struggling to sway in the languid air. I´m staying on Zicatela Beach – home to the Mexican Pipeline which is right centre of the big bay that the town watches over where lots of little cafes, restaurants and hotels/cabanas line the sandy single lane road. Hammocks are everywhere and the hot sweaty days make for lots of downtime swinging in the trees or cooling off in the pool. Most days start off really early while the winds are still offshore, and then around noon when it swings onshore it´s time for a siesta. The far right of the bay is protected from the swells and acts as a natural harbour for colourful fishing and sail boats, while the beach is lined with more palm-thatched restaurants and cafés. The far left of the bay is another surf spot called La Punta with sea cliffs lining the sandy point and terracotta coloured cabanas tucked in amongst the thick vegetation.

I’m staying at a place called Papaya Surf; my room is very basic with a cold shower, fan and lumpy bed but I can see the beach from my balcony and the waves lull me to sleep (when I haven´t been drinking) so it´s perfect . I’m booked in here for another 2 weeks after which I’m thinking of heading to Guatemala.

And in the spirit of Sal Paradise, I was ‘On the Road’ again…

15 hours after leaving Puerto Escondido I walked across a river and into Guatemala in the warm shadows of the early morning sun. Soon after that I was on a chicken bus headed to Lago de Atitlan. Higher and higher the bus climbed into the highlands of Guatemala, the road double-backing through deep valleys draped in giant ferns, vines and all things green. The temperature cooled off quite dramatically, a welcome relief from the energy sapping heat of Oaxaca. We eventually crested the mountains through a cloud bank and wound our way through Quetzaltenango, Guatemala’s second largest city. About an hour or so after that I got my first glimpse of Lago de Atitlan, its waters shimmering in the afternoon downpour.

The bus dropped me off in Panajachel which is the main town on the lakes shores and a gateway to various other towns around the lake. I boarded a lancha (boat) and headed to my village of choice – Santa Cruz la Laguna. Steep walls climb out of the jade green waters, waterfalls cascade high from above and on distant shores, two volcanoes stand guard over this ancient place where the energy and beauty of the lake really hits you.

It was only a 15 minute boat ride to Santa Cruz and a few steps from the dock is La Iguana Perdida, a peaceful enclave with lots of atmosphere; imagine cabins and dorm rooms tucked away in a thick jungle giving it a distinctly ‘tree house feeling’. I was sleeping in the open air dorm thus my main concern for the next few days became warding off scorpions in my bed and falling avocadoes!

Friday morning was market day in Sololá, a crossroads town about 10km from the lake. Villagers from the surrounding hills and towns all descend in traditional Maya clothing seen through much of the highlands. They come to trade fruits and vegetables of all shapes, sizes and colours as well as fish of the, dried, fried and baked variety, and clothing and fabric from which to weave their colourful traditional clothing. The market was centred around the town square and cathedral and in the shade of the park locals gathered to enjoy the day’s purchases. 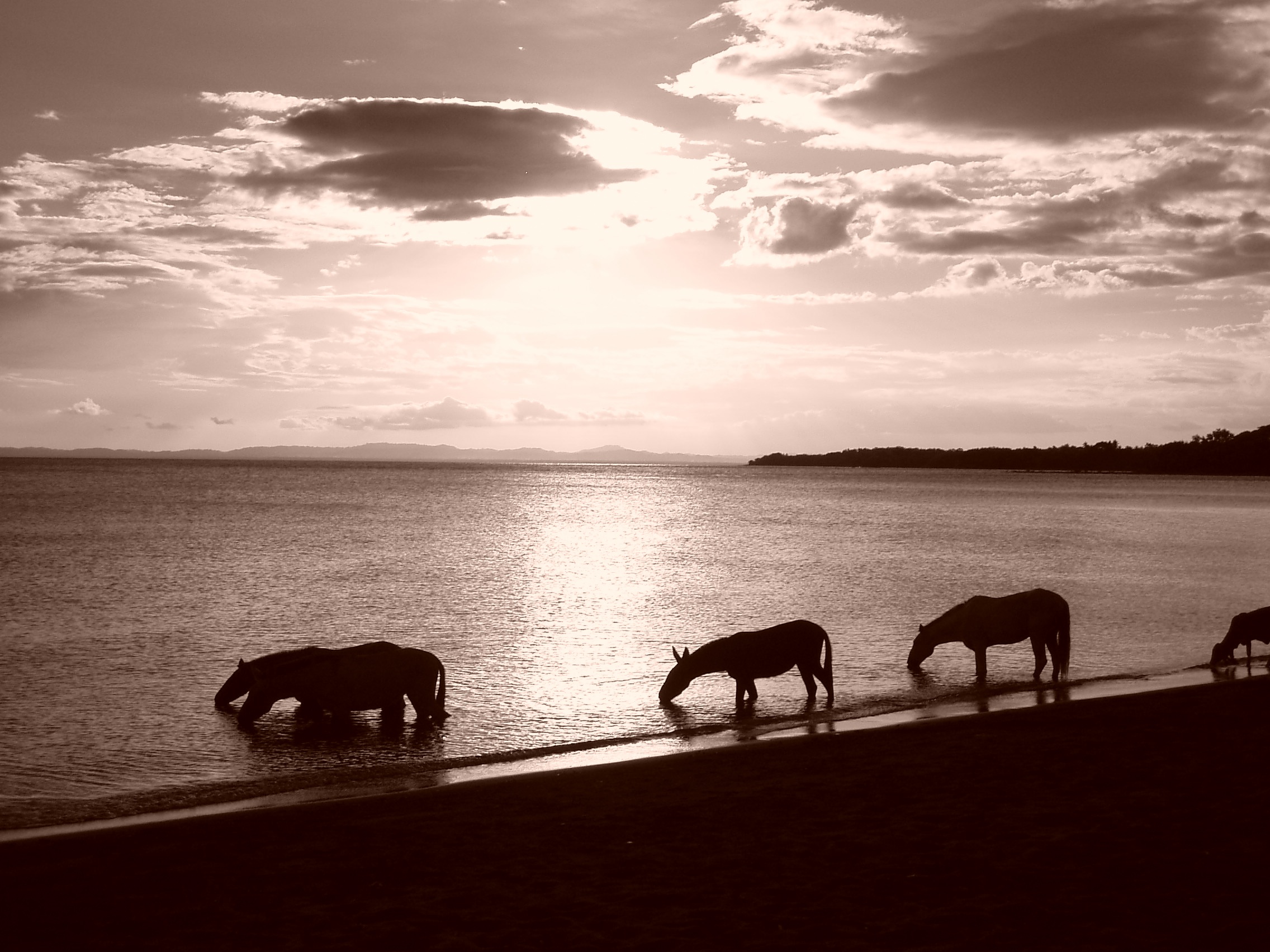 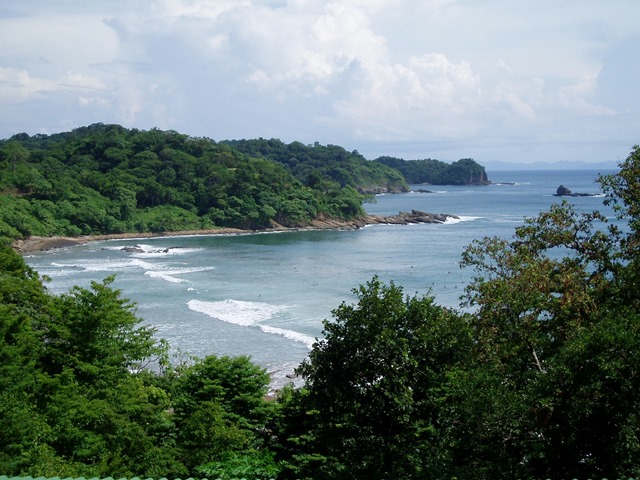 The next day I hiked to the small town of San Marcos. A footpath from Santa Cruz links the two towns and the path snakes its way along the bays, valleys and hills of the lake. Each corner would bring a new vista of raging rivers, translucent coves, peaceful villages and the ever present volcanoes. It was a 2-3 hour hike to the town which had a very earthy, spiritual feel to it with most accommodations close to the lake shore built in the deep shade of coffee trees. Pathways tunnel out of the thick vegetation and happen on holistic healing centres offering all kinds of treatments. To cool off from the walk I found some cliffs where you could jump into the lakes rejuvenating waters; and with the volcanoes behind me, fishermen rocking in small wooden canoes close by and building storm clouds above; it was one of those rare places where you lose a sense of time.

My time at the lake flew by and I am now in the charming colonial city of Antigua enjoying its cobbled streets and sights. Tomorrow I am climbing an active volcano and will then be heading off to the country of El Salvador the day after…

After a quick night in San Jose it was off to the sleepy hollow of Mal Pais on the southern end of the Nicoya Peninsula. More of a village than a town, Mal Pais turned out to be just what I was looking for. It’s about as tranquil a place as you can get, and provided the perfect blend of surfing followed by swinging in a hammock or vice versa. A single muddy road ran parallel to the beach with small shops, restaurants and cabanas on either side. The vegetation was thick and alive here, only the scream of howler monkeys making their presence known interrupts the calm. Big iguana’s scuttling up and down trees or crossing the road, and the ever inquisitive red brown squirrels with bushy black and white tails are also common sights. Throw in scorpions, spiders and who knows what else the characters that inhabit this beautiful stretch of coast are complete.

The beaches here are long and lonely; sand gives way to glistening rock pools waiting for a fresh tide, jungle streams breach the beach and trickle into the ocean. I walked for miles along this peaceful coast and at times had it all to myself being rainy season, but there was still a lot of sunshine to be had. The surf wasn´t that great but any day by the sea is a good day.

I hired a quad bike one morning and set out to explore the local villages around Mal Pais. First stop was Montezuma, a small place with a protected beach and lots of jungle to explore. There were some waterfalls in the area I went to find. The trail was not really a trail, it was more a case of following the river and holding onto vines, trees and roots or anything that would stop you from sliding down the very muddy banks into the river. ue to the rain the waterfall was in full force – 15 metres of cascading brown water. Along the trail I also saw a ‘Jesus Christ’ lizard that when startled runs across the river or pools literally on the water. After Montezuma it was off to Cabuya and Cabo Blanco National Park. The 4×4 trails were made even more fun by lots of river crossings and even more mud. 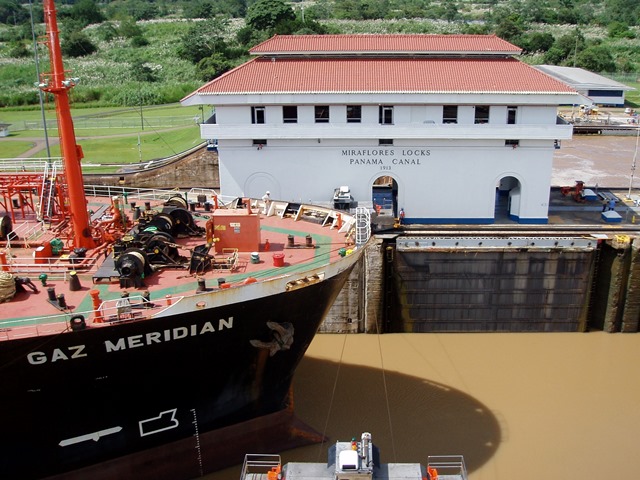 The rest of my time there was filled with relaxation before heading to Panama City in action. I had a great morning today, heading off to the Mira Flores Locks to view the Panama Canal. I timed it just perfectly, arriving just as three container ships were lined up waiting for their turn to enter the locks. One more night in Panama City and then I head off to adventures in Ecuador.

In Panama I find myself at the crossroads of my trip and look forward to a new continent and new countries.