Do you feel like breaking free, getting closer to nature and finding temporary solace from a society of consumerism? Are you ready to strip away the Adidas and Nike in favour of going au naturel? Perhaps you’re just not fond of embarrassing tan lines? If you answered yes to one of the above then perhaps a bare approach to the beach is just what you need.

Nude recreation has become an increasingly popular pastime. You might be surprised to learn that it’s seen as an expression of self and a showcase, not of bravado, but of being completely comfortable in your skin. So for those advocates of letting it all hang out, here’s a guide to finding your freedom minus your threads on South Africa’s beaches.

South Africa has been home to a few unofficial spots where you can strip down to your birthday suit, namely:

However in November 2014, Mpenjati Beach in Kwazulu Natal was declared South Africa’s first official nude beach open to the public. Situated 140 km south of Durban, this tranquil 250m stretch of Hibiscus coast in the Mpenjati Nature Reserve is now a place for naturists to frolic in peace, attracting a number of visitors on a regular basis.

Find the eNCA broadcast of the official unveiling here

How to find Mpenjati Beach in Trafalgar

Although you’re allowed to bare all on these beaches does not mean rules and common etiquette are tossed aside, there are still regulations that need to be adhered to.

1. No photograph may be taken unless everyone in the picture agrees to it being taken and gets to see it afterwards.

2. Staring is not allowed, because “it’s rude whether you have clothes on or not”.

3. “No sexual behaviour of any kind”. For example: dancing in a provocative manner, sitting on someone inappropriately, swapping saliva or inappropriate touching. Swaying of hips is allowed, but pole dancing wouldn’t be, if you get our point.

4. Always take a towel and make sure you sit on it when on other people’s furniture.

5. “Unpredictable erections” must be covered up. 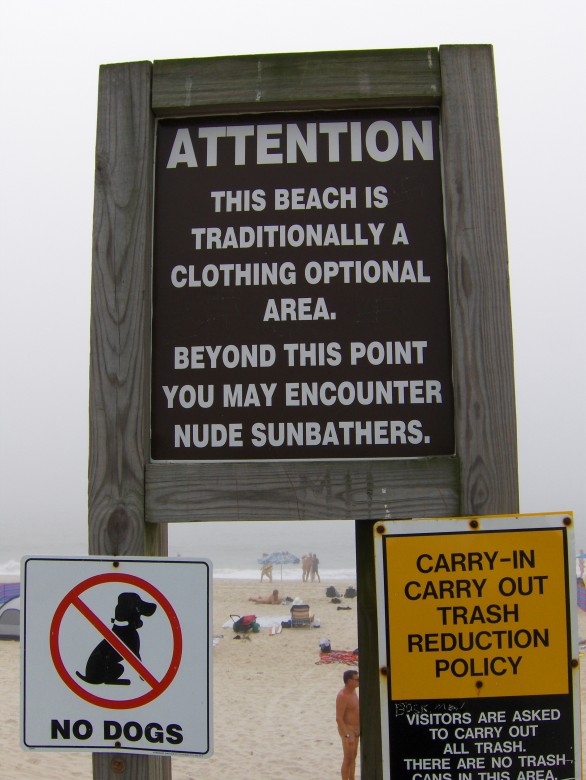 Now that you found a place to get a completely even tan, will you be visiting a clothing optional beach anytime soon? Let us know in the comment section below!