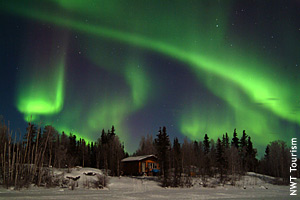 History books often refer to the Americas as the New World, in contrast to the Old World, which consists of Africa, Asia and Europe.

When people migrated from the Old World to the New World hundreds of years ago, it shouldn’t come as any surprise that the first areas to become inhabited were ports and warm regions, for trade and agricultural reasons.

This hasn’t changed today – the most populated areas of the U.S. are New York and California, and in Canada nearly 80% of the population lives within 100 kilometres of the U.S. border, again, primarily for climate and trade reasons.

But even today as the global population approaches seven billion people, there remain areas of the Americas that are extremely unpopulated. I’m thinking specifically of Canada’s Northwest Territories, what could classify as the last frontier, albeit an extremely cold one.

The Northwest Territories are Canada’s northernmost region, covering 1.14 million square kilometres with a sparse population of only 41,464. For comparison, the region is roughly the same size as South Africa, with 1/1000th the population.

There’s a reason few choose to live there.  The climate during most of the year is severe, unliveable in fact for most people. In the winter daily temperatures can reach highs of -20c and lows of  -50c. (brrrrrr.)

Despite the climate, for the adventurous traveller willing to go to all ends of the planet, the outdoor experiences in the region have limitless potential. Perhaps the biggest tourist draw in the region is to view the Northern Lights (aurora borealis), best viewed in September and October.

From January to March you can drive across vast frozen lakes that in the winter become the regions “ice highways”. Snowmobiling, dog-sledding, cross-country skiing and snowshoeing are other popular winter activities. 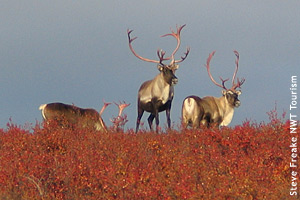 In the summer, there is daylight nearly 24 hours per day.  Wildlife viewing might include bald eagles, grizzly bear, caribou, moose, mountain goats, wood bisons, and perhaps the most exotic, polar bears.  Hiking, camping and canoeing/kayaking are very popular activities in the area.

Travelling there is not easy, yet international flights are available to the capital city Yellowknife, where almost half the region’s population lives.

If you want to get away from it all, the Northwest Territories may be just the place for you.