The hotel itself is located on the banks of the Zambezi river in the Mosi-Oa-Tunya National Park under the backdrop of the thunderous Victoria Falls, said to be the world’s most spectacular waterfall. The Hotel is named after the legendary explorer ‘Sir David Livingstone’ who named Zambia’s iconic waterfall in honour of his queen. 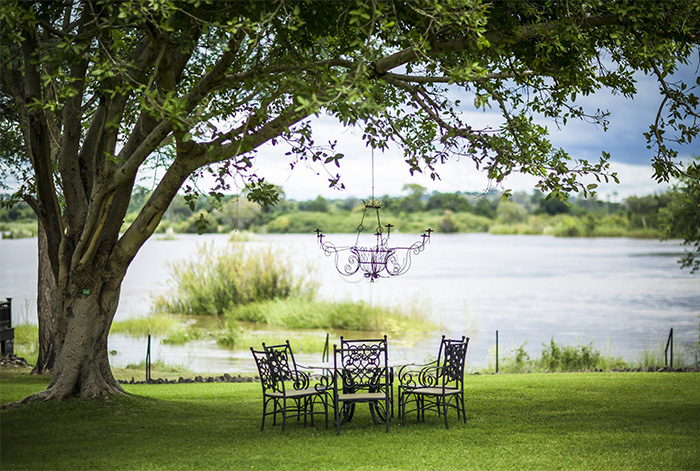 Wild animals such as giraffes and zebras roam freely about the grounds of this five-star resort while hippos and crocodiles make frequent appearances in the nearby waters of the Zambezi. 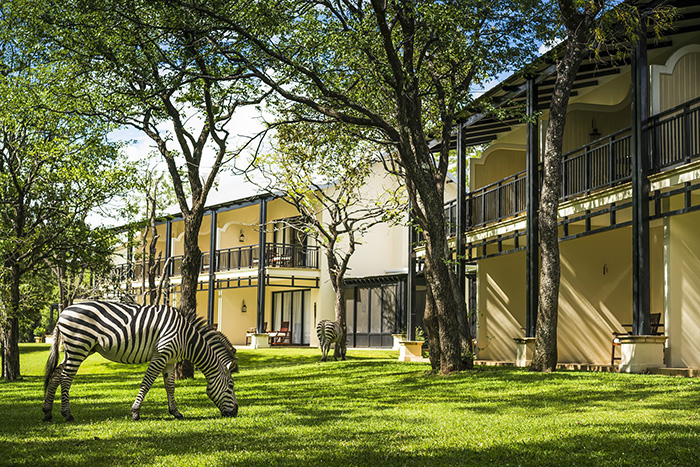 Each one of the 173 rooms at the Royal Livingston Hotel are spacious and beautifully laid out. With king-sized beds or twin singles, air-conditioning and featuring a private terrace with views stretching far over the Zambezi. They come equipped with a satellite TV, minibar and tea-and-coffee-making facilities as well as free WIFI throughout the hotel.

Indulge yourself with a deliciously prepared breakfast spread in the mornings, charming high tea rituals in the early afternoon, and later sun-downers on the deck outside that overlooks the magnificent falls. Savour an intimate African and European fine dining experience, followed by nightcaps under the stars, your every whim is catered for in-house by a team of helpful and friendly staff who make you feel like royalty every step of the way. 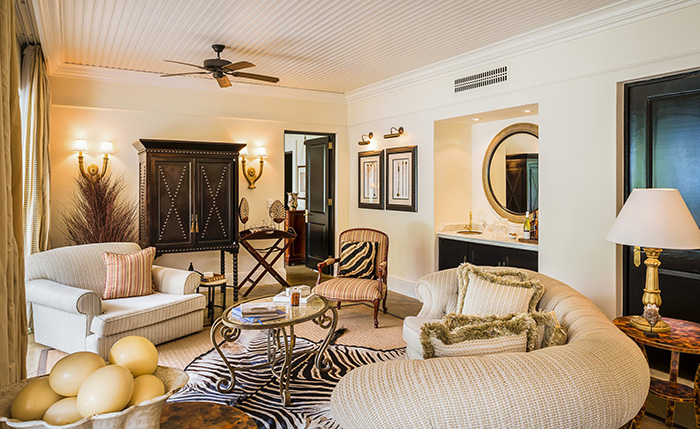 At the hotel’s activity desk, guests can book cultural tours, fishing, abseiling, white water rafting, a sunset cruise, elephant treks, 4×4 wildlife safari’s and so much more. There is also a Spa on the premises which offers river side massages as well as a Casino.

All guests have unlimited complimentary access to Victoria Falls via their private entrance. (from 6am – 6pm)