We recently had the displeasure of being the subject of Brendan Seery’s somewhat searing Saturday Star newspaper column Orchids & Onions (published 13 July 2013). In his headline grabbing opinion piece ironically titled “Sex, lies and bogus headline-grabbers”, Seery picks apart our recent “Mile High Club” study with the inaccuracy of a Harold Camping End of Times prediction. And it seems we’re not the first website to fall victim to Brendan’s ruthless pen. A 2OV post from 2010 confirms this. 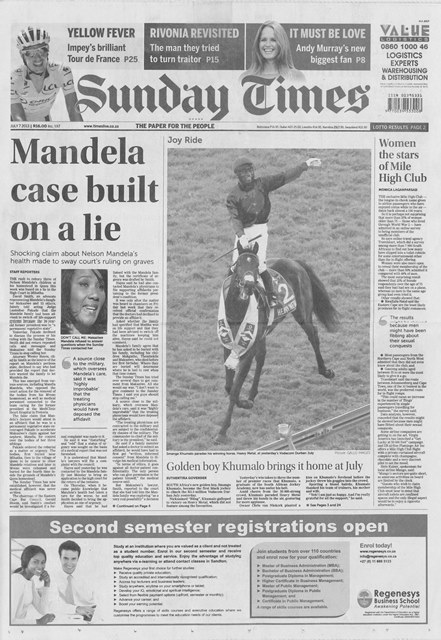 Admittedly his gripes seem more directed at reckless journalists than Travelstart, but we couldn’t help but feel we were the unsuspecting recipient of a few stray Brendan bullets as he uses our survey as a vehicle for his pro journalism ethics rant.

However, in the spirit of transparency we’ve responded to Brendan’s misrepresentations that include allegations like “Add a bit of sex and you can virtually guarantee that any lie you put out to punt your brand will be regurgitated unquestioningly by our media.” 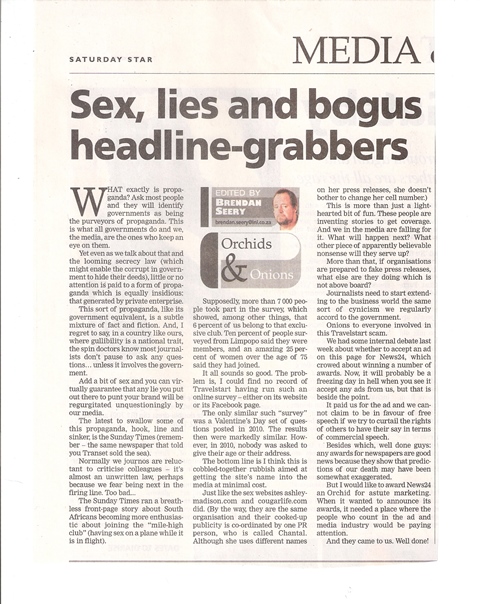 While the survey results were meant to spark some tongue-in-cheek debate among South Africa’s travelling public, the conducting of the research handled by our in-house marketing team was taken with the utmost seriousness.

We ran the “Air your Dirty Laundry” survey in March and April 2013. The survey asked a total of 16 questions of which 3 were demographic based questions (age, gender & province). The aim of the survey was to get an understanding of the South African traveller’s in-flight habits, so the questions covered a range of interesting subjects including the Mile High Club. We broadcasted the survey to our community through several online channels, including our substantial newsletter database and social media following.

We used a third party solution called SurveyMonkey to ask our questions and gather the data. As you can see in the screenshot below, 7684 responses were collected for the Mile High Club question alone. Since we were also asking for demographic information, we were able to segment the data which provided us with the basis for our press release. 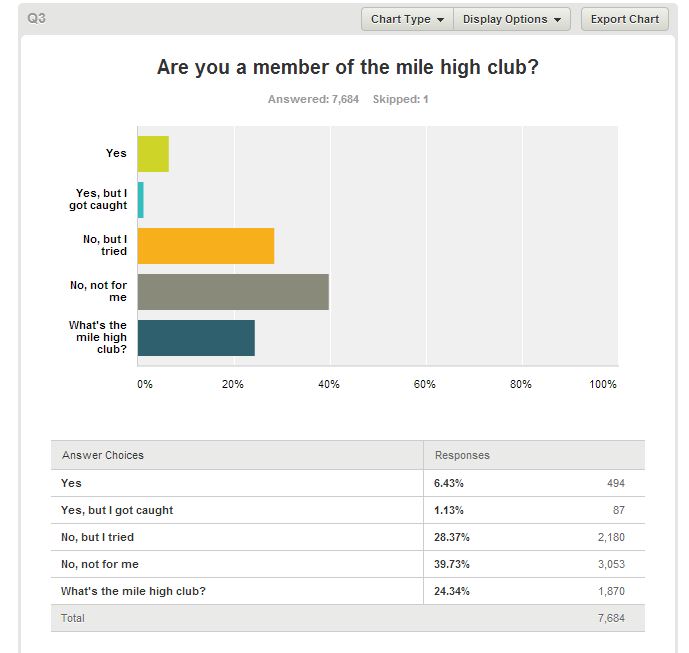 In his column Brendan places great importance on the need for journalists to pause and ask questions before publishing their articles. We agree wholeheartedly, however, we wish he had afforded us the very opportunity he preaches by contacting us if he had misgivings about the Sunday Times article. We are more than happy to provide interested parties with all the information they require, especially responsible fact checking journalists as we did with the Sunday Times reporter who was interested in running our story on the front page.

Our closing advice to Mr Seery – Sir, slicing an onion is like a man about to watch a sad movie. He can resolve to hold his tears back but when he eventually peels back the layers of the story, the blubbering will undoubtedly follow.