The world is a bizarre place filled with the incredible and the creepy. Travelstart brings you 15 places you have to see to believe from abandoned ghost towns to eerie etchings in the desert. 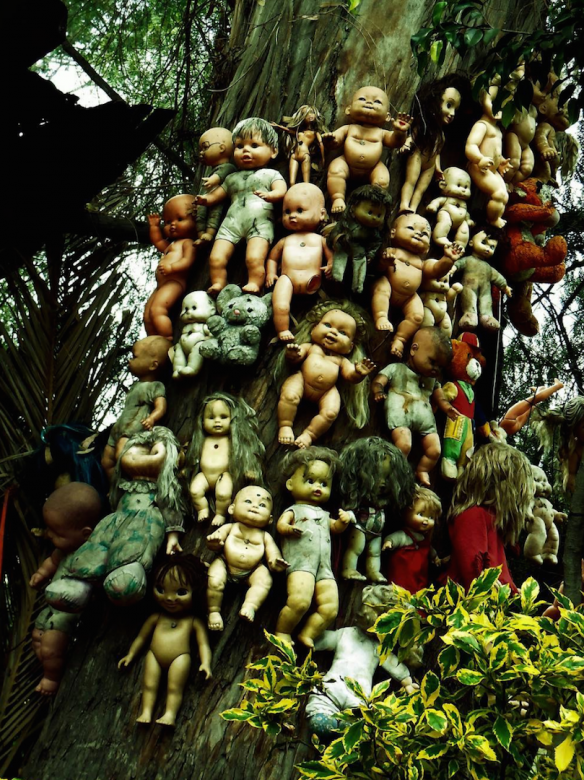 Between the canals of Xochimico, just south of Mexico City, you’ll find the jarring island of the dolls. A young girl drowned on the island and the hundreds of dolls are said to possess her spirit. Take a boat from Embarcadero Cuemanco to get to the remote island, but be sure to go in the day as the dolls are creepy enough in the bright sunlight. 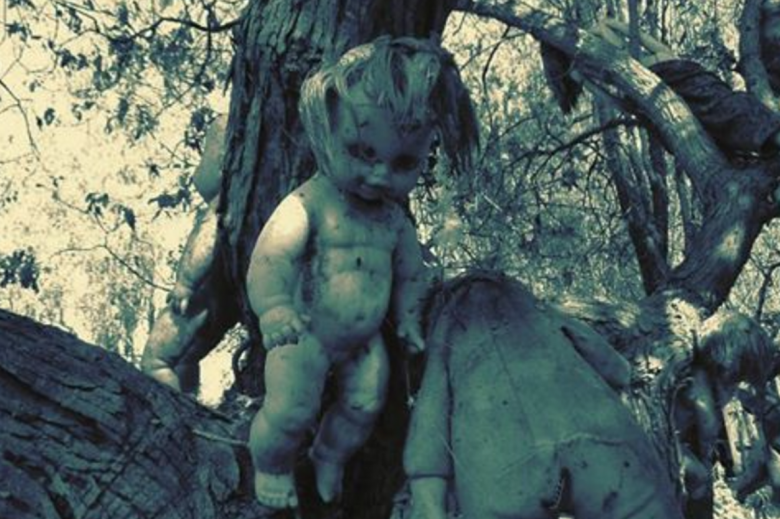 2. The town where no dead may be buried, Longyearbyen, Norway 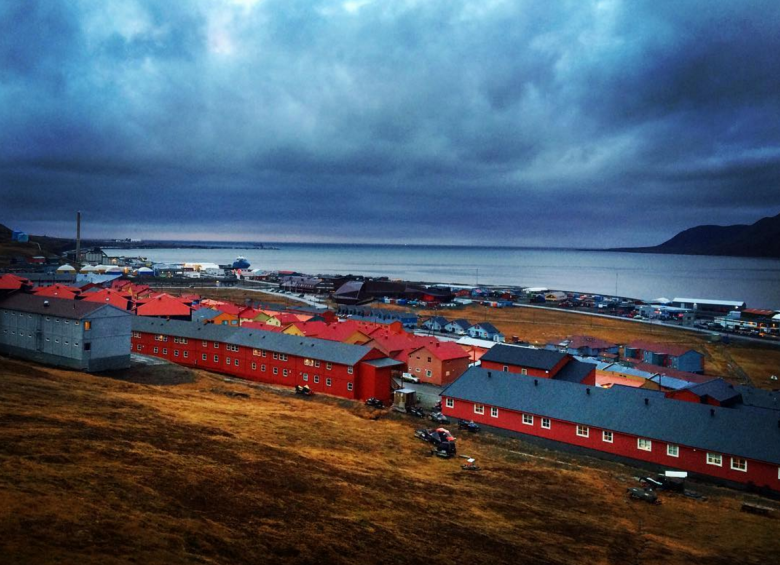 The world’s northern-most town has not buried a single person for the last 70 years because the perma-frost prevents the corpses from decomposing. It is illegal to die in Longyearbyen and even the corpses of polar bears are taken further south. Very few people live in the town for longer than 6 years at a time, the sun does not rise here at all for 4 months at a time.

3. The Temple of the Rats, Deshnoke, India 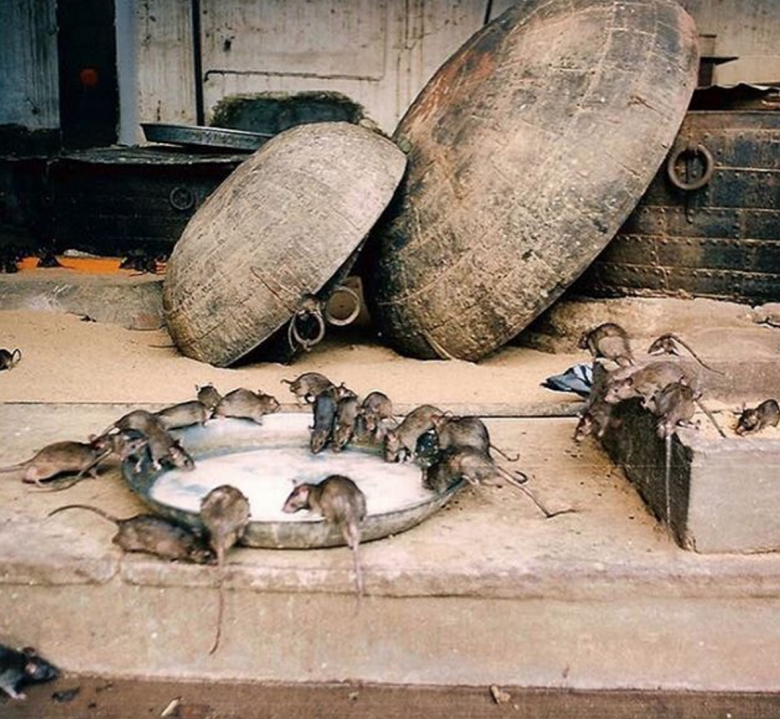 Karni Mata Temple draws worshippers and curious tourists from all over the world as it houses 2000 black rats which are revered and well looked after. These holy rats known as kabbas live peacefully in the temple and it is considered a great honour to eat food that the rats have nibbled on. If a rat is killed it must be replaced by a rat of solid silver. 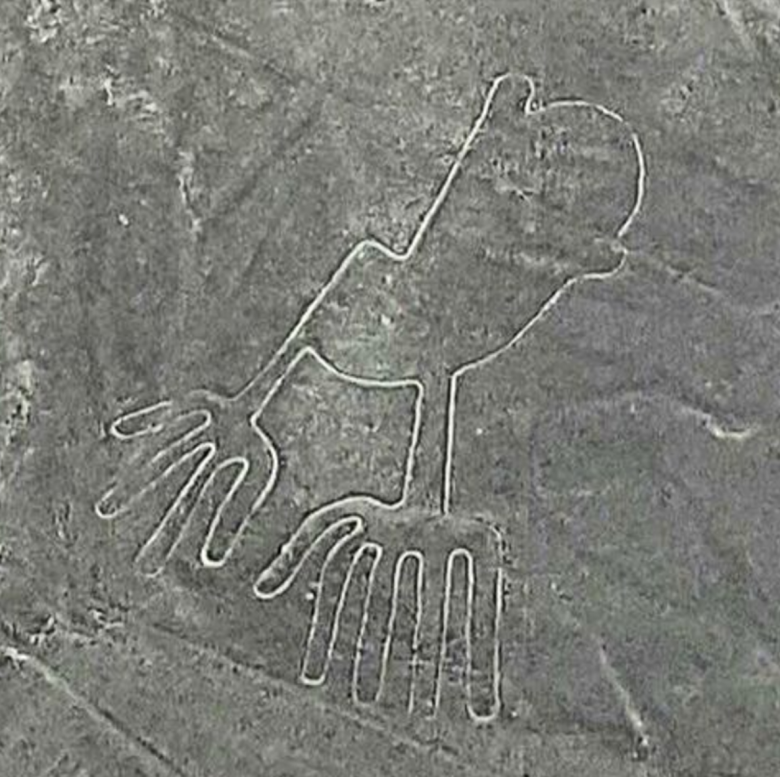 Nobody knows how the geoglyphs, or unusual designs etched into the rocks on a grand scale, came to be. Archaeologists suspect the Nazca culture between 500 B.C. and A.D. 500. Because the weather is so dry and stable, the etchings have been preserved for centuries. It is believed the Nazca people created them to be seen by their gods in the sky. You can view the intricate designs from the surrounding foothills. 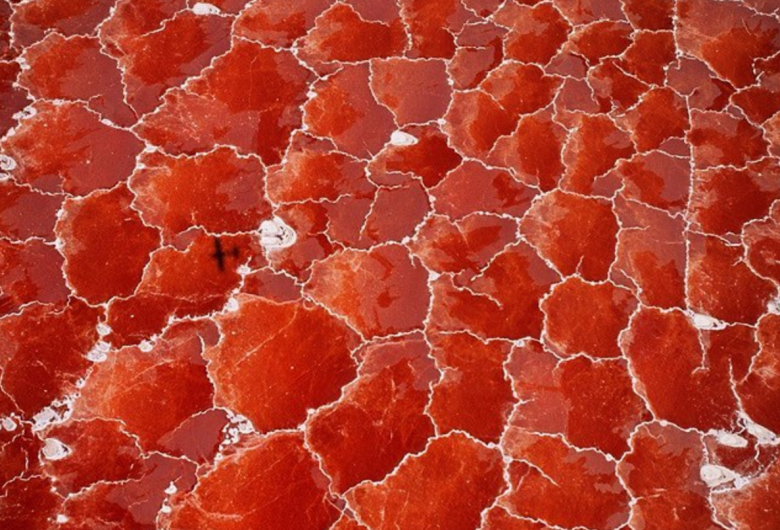 This other-worldy landscape is made up of a salt and soda lake in northern Tanzania. Though it is fascinating to look at, you definitely can’t swim in the lake as it is sometimes reaches temperatures of 60 degrees centigrade! You won’t have difficulty spotting the 2.5 million lesser flamingoes that make Lake Natron their breeding ground each year. 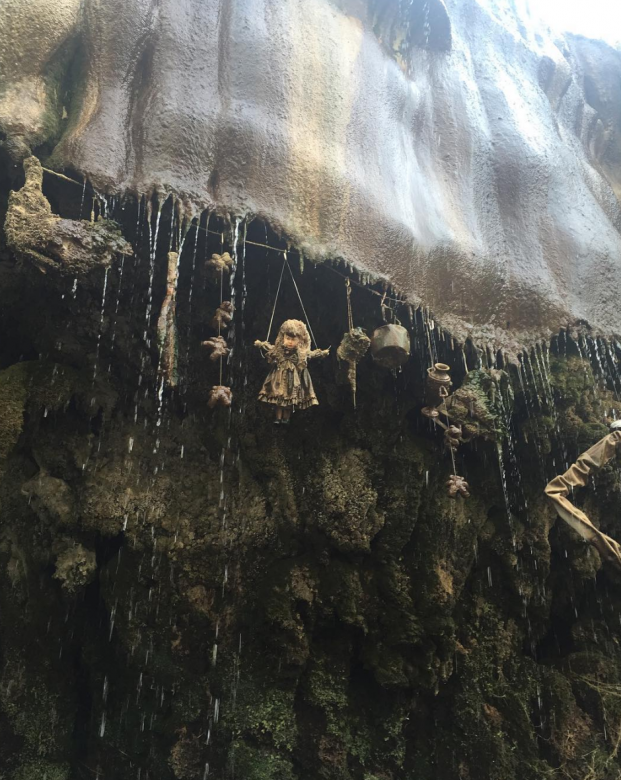 This petrified cave is England’s oldest tourist attraction. It is said that the magical waters of the cave turn all that touch it into stone. It has been open as a tourist attraction since 1630! Found in the Royal Forest of Knaresborough, the cave housed England’s greatest prophetess Mother Shipton. Mother Shipton, born in 1488, is a mysterious figure who predicted the invention of metal ships, the Great Fire of London in 1666 and the defeat of the Spanish Armada as well as the fate of several rulers within and after her lifetime. You can visit the cave in North Yorkshire and see the petrified well for yourself.

7. The Hand in the Desert, Atacama Desert, Chile 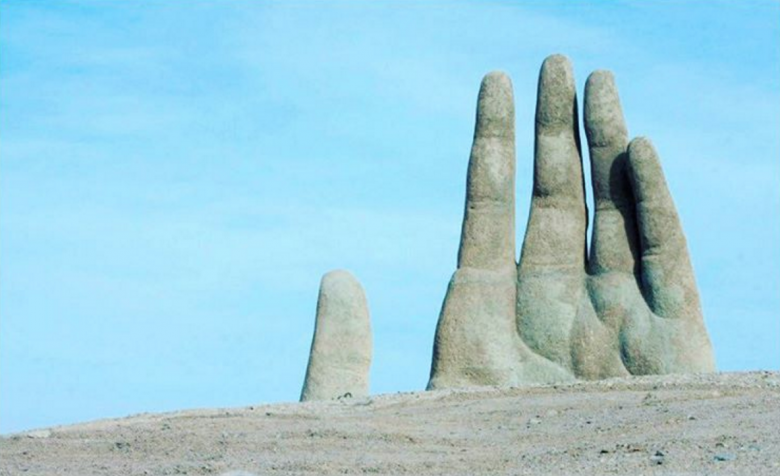 Created by Chilean sculptor Mario Irarrázabal in 1992, this evocative hand rising out of the desert sands is said to represent emotions like injustice, loneliness, sorrow and torture. You can find it 75 km to the south of the city of Antofagasta, on the Panamerican Highway. 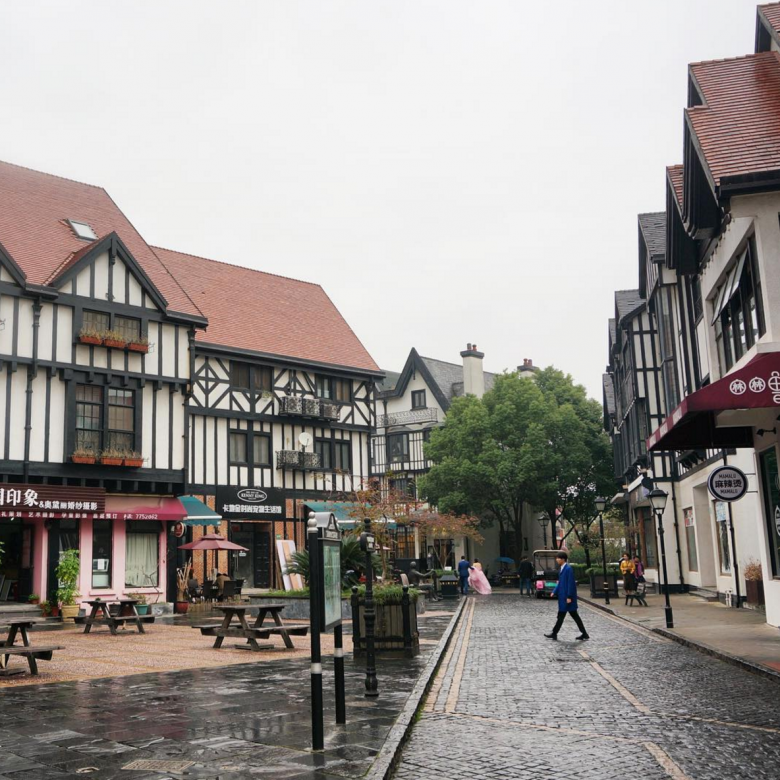 You might think from the photograph above that you have stumbled on a small town in the English country, however this is a full scale replica town 30 kilometres from central Shanghai, China. You will feel like you’ve walked into a parallel universe with its cobbled streets and historical buildings. 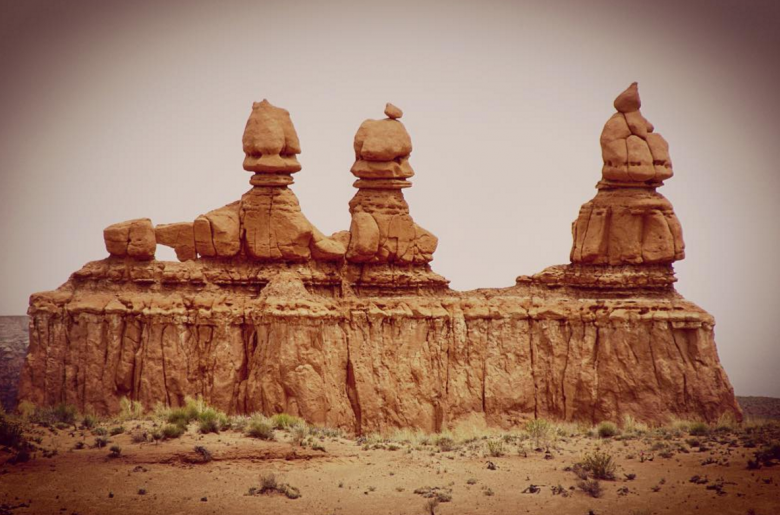 Thousands of hoodoos and hoodoo rocks have naturally formed in the shape of goblins, giving the park its unlikely name and unusual appearance. 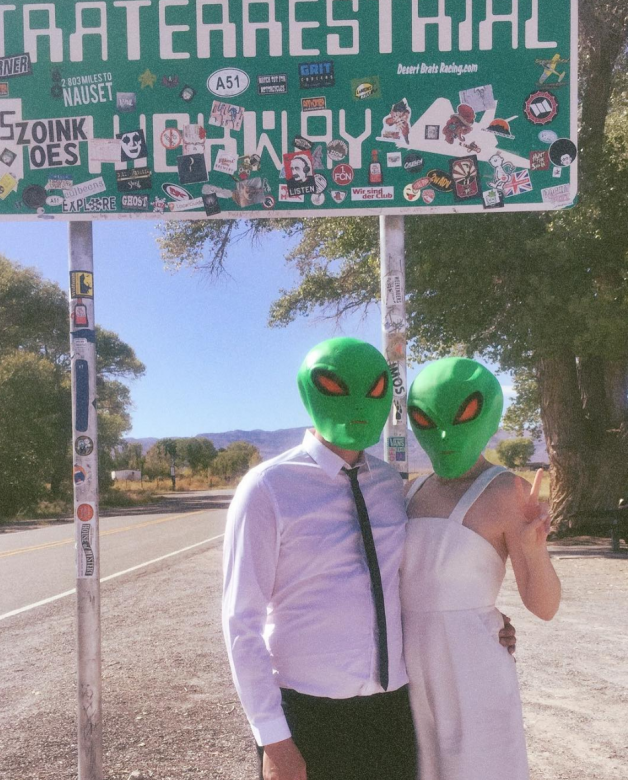 Conspiracy theorists and those who believe in UFO’s and alleged cover-ups like Roswell will relish a visit to Area 51 in Nevada. Kooky and creepy, you won’t be able to go inside the secret airforce base but you can snap a picture outside. 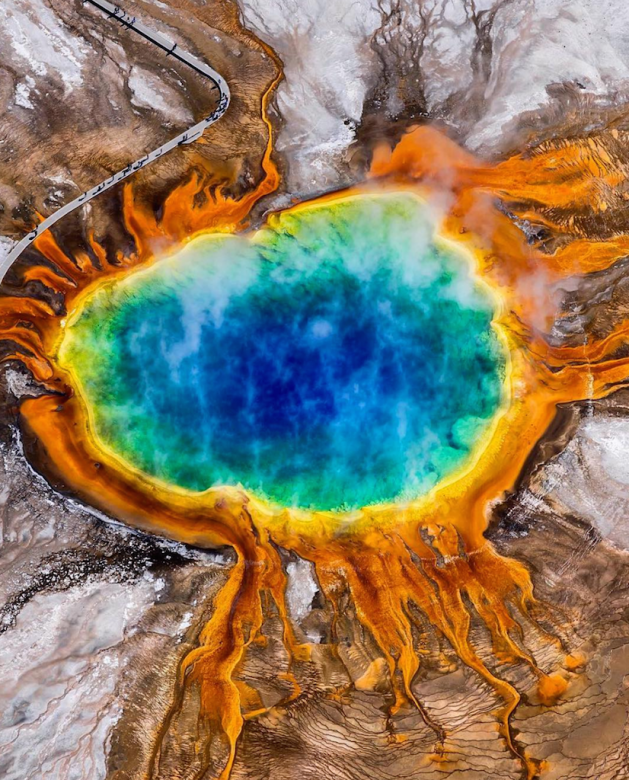 The largest hotspring in the USA, and the third largest in the world, is an unbelievable combination of colours due to the microbial mats around the edges of the mineral-rich water.

12. Where the sky meets the earth, Salar De Uyuni, Bolivia 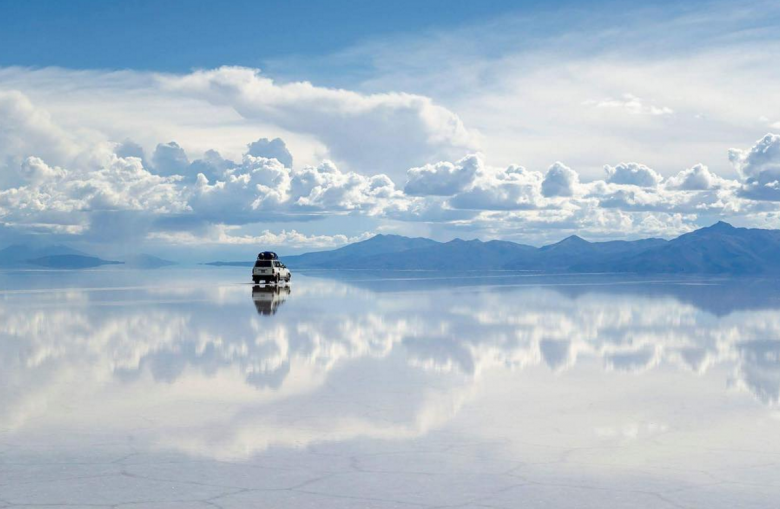 Bolivia has the world’s largest salt flat at 10,582 square kilometers. Visiting Salar de Uyuni is like stepping onto another planet where the earth seems to mirror the sky and vice versa. 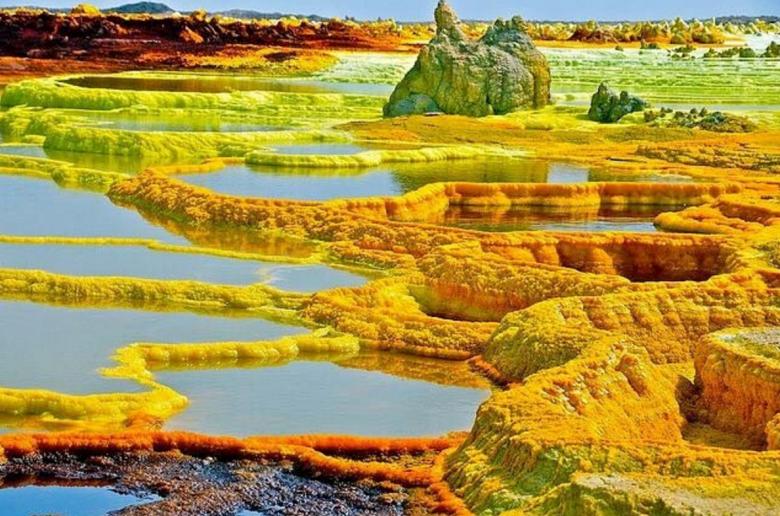 Dallol is an abandoned city in Ethiopia and holds the record for the highest temperature on record in an inhabited region. Visit its acidic hot springs and small gas geysers to have the eerie experience of what life on another planet might be like. 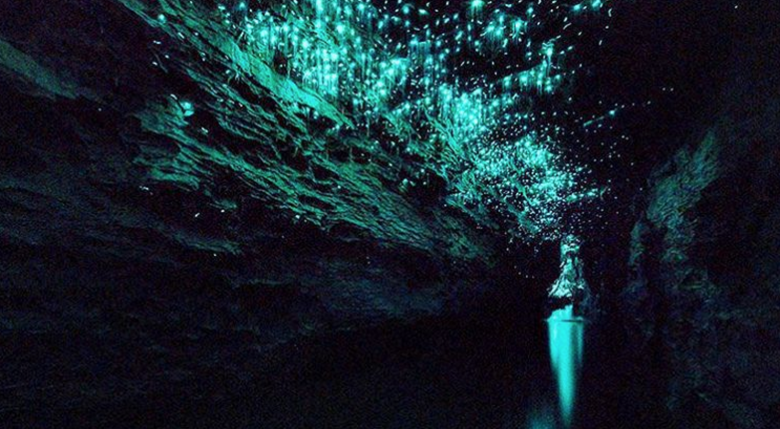 This glittering cave on the North Island of New Zealand, is known for its population of pulsating glowworms, Arachnocampa luminosa.

15. The Ghost Town of Kolmanskop, Namibia 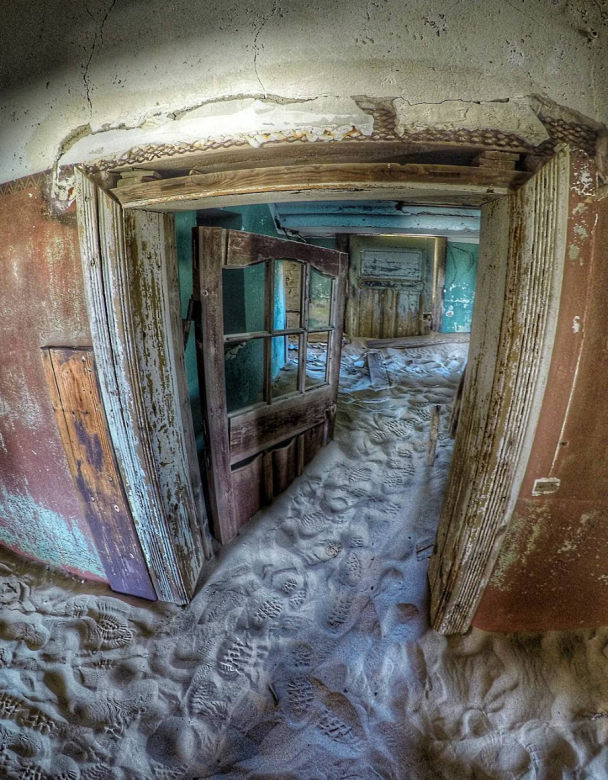 The abandoned mining town of Kolmanskop in Namibia has literally been taken over by sand. Once a thriving town designed in the German architectural style, built with riches from the diamond mines, it began its decline after the first WW and was finally abandoned in 1954. The desert has been taking back the town ever since.
Tours of the town run daily at 9:30am and 11am and 10am on Sundays.