We’ve all been in that uncomfortable situation when the airplane hits a pocket of air and all of a sudden your coffee is on the ceiling and you’re rudely reminded that all that stands between you and the elements is a man-made metal case. According to a recent piece by the Guardian we’re in for a bumpy ride as turbulence is on the rise as a result of global warming. But what exactly is turbulence, and how worried should we be? Travelstart brings you useful tips on where to sit to escape the worst of it and the future of turbulence detection.

“a plane cannot be flipped upside-down, thrown into a tailspin, or otherwise flung from the sky by even the mightiest gust or air pocket. Conditions might be annoying and uncomfortable, but the plane is not going to crash.”

We can describe turbulence as a “rough patch” caused by thunderstorms, proximity to mountains, the jet stream, wind and other factors including different layers of airflow moving at increased speeds relative to each other.

Cases of emergency landings from turbulence are rare

United Airlines Flight 880 had to make an emergency landing two weeks ago as a result of “severe clear-air turbulence” which typically comes out of nowhere and is the result of changes in temperature due to global warming. The plane was flying from Texas, USA to Heathrow, UK when it was forced to make an emergency landing at Shannon airport, Ireland. Luckily these incidents, though more common than in the 80’s, are still very rare, statistically unlikely and are examples of worst case scenarios. 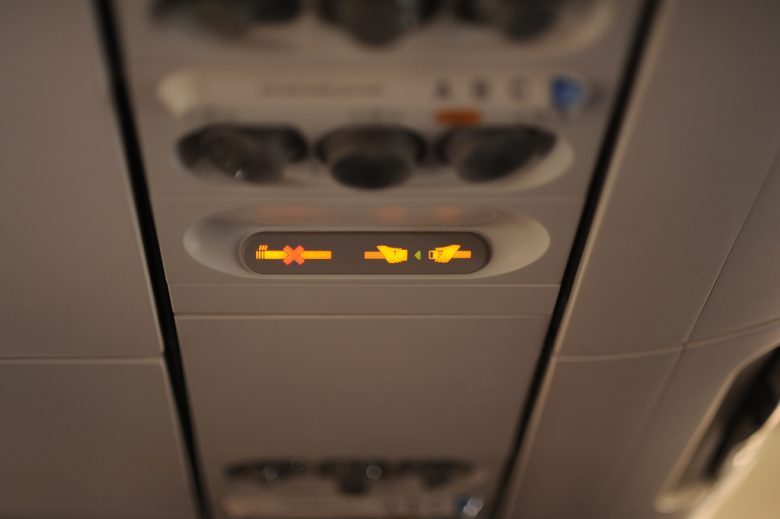 Dr  Paul Williams, a Royal Society research fellow at Reading University, said that before he studied turbulence he did not always fasten his seat belt when flying, however now he makes sure it is fastened at all times. Pilots are able to anticipate most kinds of turbulence and will let the passengers know either through an announcement or by turning on the seat belt sign, so keep your eye on the seat belt sign if you need to visit the bathroom during the flight.

Where is the safest place to sit to escape turbulence?

According to pilot Patrick Smith, over the wings is the most stable spot on the plane. The rear seats near the tail of the plane are the bumpiest.

Are some routes more turbulent than others?

Certain routes are prone to more turbulence, such as when flying south across Africa and crossing the ITCZ (Intertropical Convergence Zone).

Pilots deal with it all the time

Any pilot will tell you that turbulence is just part of the job and in most cases poses absolutely no danger. One advantage of being the pilot during turbulence is that you are able to identify when it will strike and therefore you are prepared for it. There is only one kind of turbulence which can’t be anticipated and that’s clear-air turbulence, which is rare though on the rise because of increased carbon dioxide levels.

According to Patrick Smith of “Ask the Pilot” fame, “a plane cannot be flipped upside-down, thrown into a tailspin, or otherwise flung from the sky by even the mightiest gust or air pocket. Conditions might be annoying and uncomfortable, but the plane is not going to crash.”

Airplanes are equipped with ‘positive stability’ meaning that they are designed to return to their natural position in space, self-correcting any buffeting from the elements.

Help, the wings on the plane are bending!

This is actually a good thing as planes are designed to react flexibly to inclement weather and are capable of handling extreme turbulence and stress. According to Smith, “The level of turbulence required to dislodge an engine or bend a wing spar is something even the most frequent flyer—or pilot for that matter—won’t experience in a lifetime of traveling”.

Engineers are in the process of developing a technique of identifying pockets of dramatic turbulence by shining ultraviolet light along the path that a plane is taking and then analysing the reflections.

In the mean time, stay calm, keep your seat belt fastened as much as possible and grit your teeth- it’ll be over soon! Though annoying and inconvenient most turbulence is harmless.