The cheapest and most delicious way to eat in Vietnam is almost always the street food, be it fresh produce from open-air markets in Hoi An or a bowl of noodles from a tiny shop front along the overflowing alleyways of Hanoi. After three weeks of pavement pounding along the worn out streets of Vietnam, I considered myself something of a street food aficionado. ‘Too many foreigners’ I would think to myself as I shunned a commercial-looking food stand in favour of the hole-in-the-wall Cao lầu vendor a few hundred metres down the alleyway. I’d done my research, and as a result had tasted some of the best food of my life while surrounded by the majesty of Ha Long Bay and the old-world charm of Hoi An. 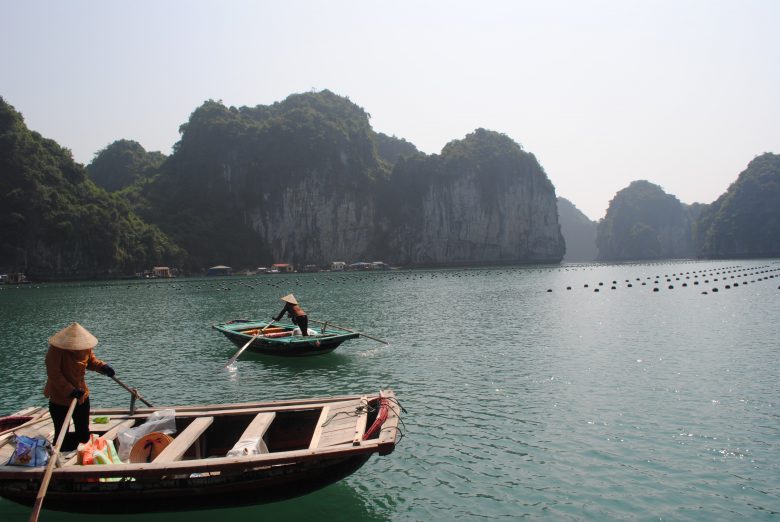 If ever you feel a sense of wanderlust beginning to gnaw gently at you, and a foodie destination is calling your name, Vietnam has some true culinary delights up its sleeve, and the streets are undoubtedly the best place to find them. Here are three dishes which you simply can’t miss once you set foot in this mad, beautiful country. 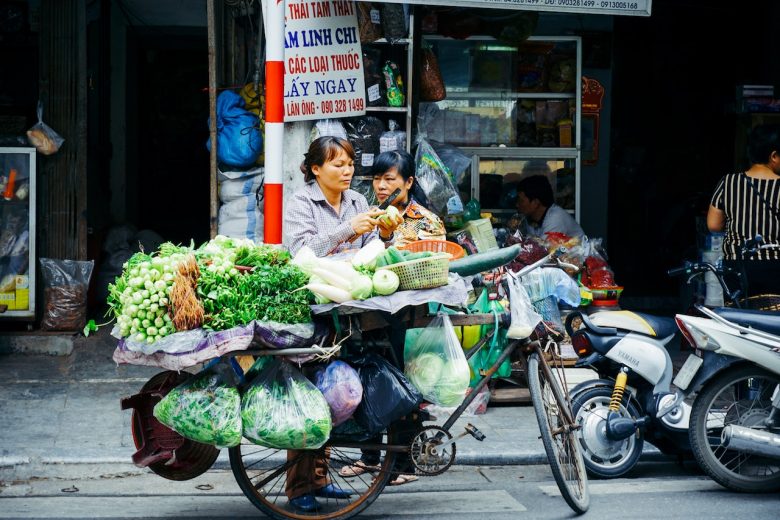 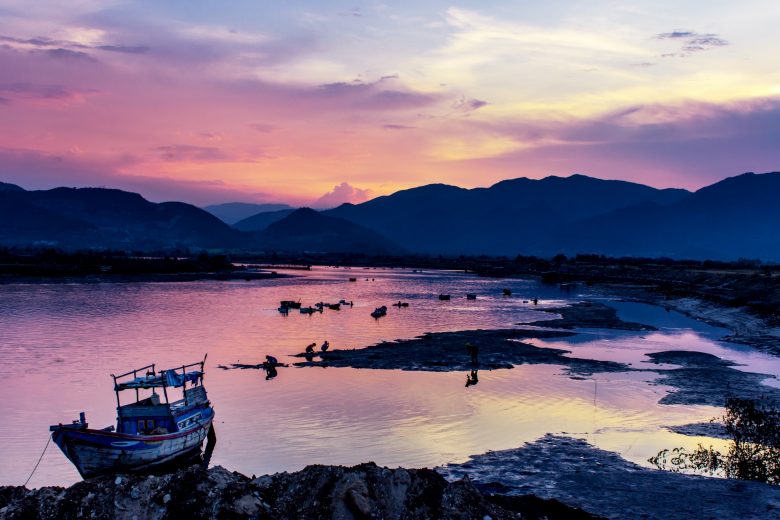 No discussion of Vietnamese food could be complete without mention of the country’s most well-known and popular dish, pho. A clear noodle soup most commonly made with beef, pho is traditionally served at breakfast. You could easily sample it at a restaurant chain or in fancy places with normal sized seats and maybe even air conditioning. But that’s not the way you want to experience pho. Not at all. 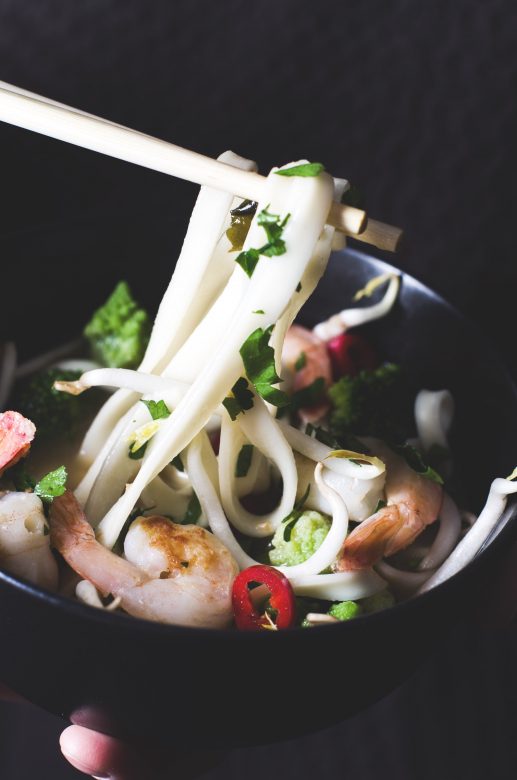 In the crowded streets of Hanoi, the Vietnamese pull up in their scooters by the hundreds, parking alongside the narrow pavements to start their day with a steaming hot bowl of Pho. The good Pho stalls will be all sold out by 9am, so get there early. 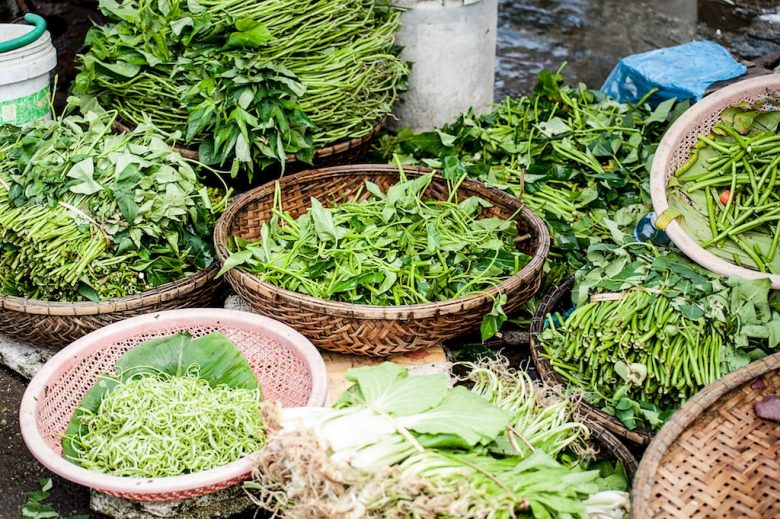 How do you spot a good beef or chicken Pho? As with all street food, look for large crowds of locals. The Pho broth should be totally clear, the herbs and leaves fresh and vibrant (they come in huge quantities and you add them to your broth), and the noodles soft and thick but yet still substantial. The meat will fall apart in your mouth and be full of flavour. Before you add the frankly ridiculous quantities of fresh herbs and lettuce that they supply you with, sip the broth to taste the concoction of flavours that only the street food stalls can really perfect just to get the full flavour experience. 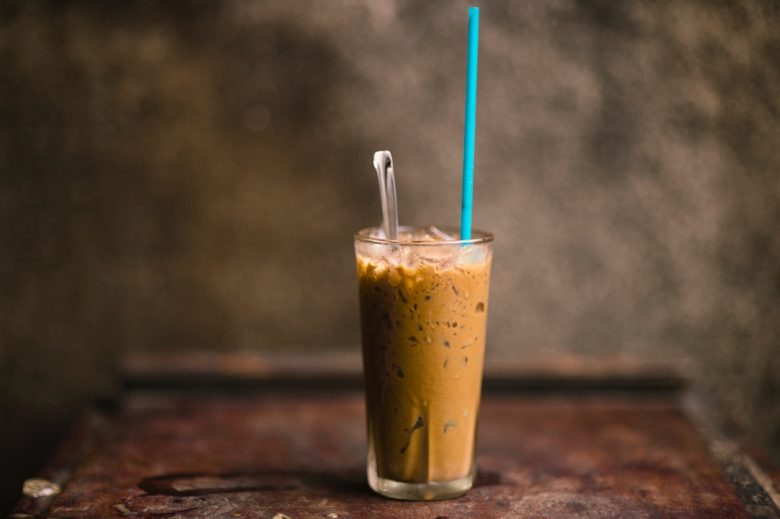 Getting lost in the old quarter of Hanoi led me to my favourite dish of the entire trip – a Bun Cha so good that I still have dreams about it. We stumbled upon a hole in the wall restaurant teeming with locals who were eagerly gathered around tiny barbecues whose lacklustre flames were kept alive by miniature handheld fans reminiscent of children’s toys in the early 1990s.

We glanced upwards at the sign proudly displaying the menu, which was limited to one item. Bun Cha. 20 000 Vietnamese Dong per portion (R11). Not bad, as far as huge plates of food go. A gesture and smile or two later, and the elderly woman running the place happily presented us plates laden with freshly barbecued pork heaped on top of cold rice noodles, as well as the standard plate of lettuce and herbs, and a broth. 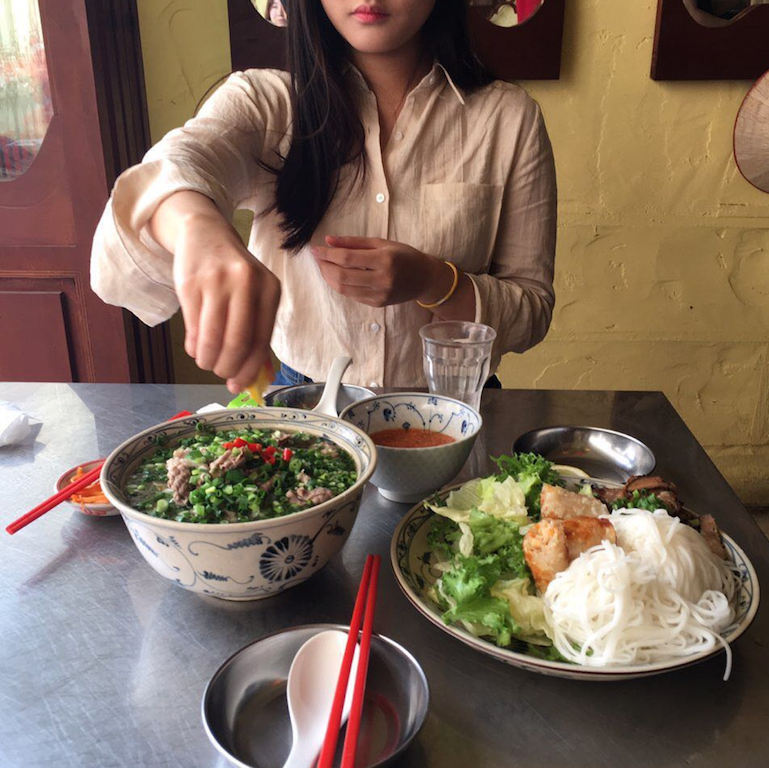 When I say ‘a broth’ I don’t mean the kind of broth you might make for your chicken soup. I mean the kind of broth that changes your life, the way that Nutella changes a toddler’s life forever. Not a single one of my dining experiences in any country has ever managed to match up to the perfectly balanced flavours of the noodles, pork and herbs swimming inside this delicious broth. The mixture of vinegar, sugar, herbs, fish sauce and probably some kind of secret ingredient manages to be sweet, sour, tangy, salty and fresh all at the same time. It’s the kind of marriage of flavours that quickly becomes addictive, the attraction never wearing thin even after you’ve stuffed yourself so full that you feel you might burst. 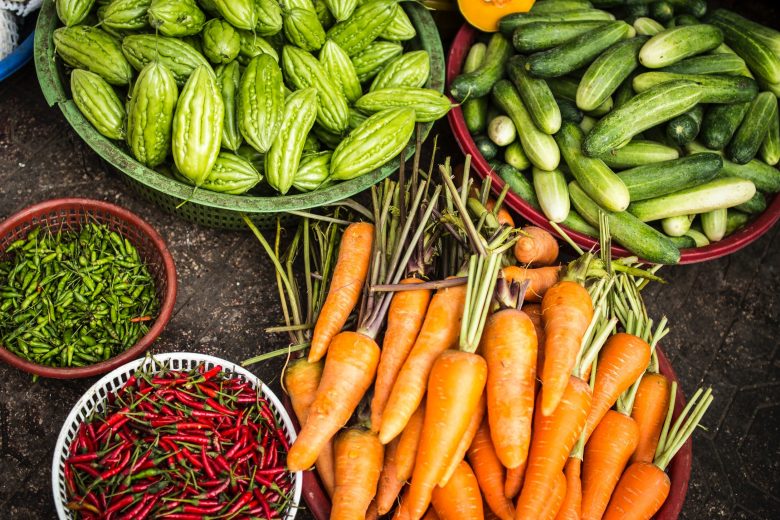 It doesn’t take too long in Vietnam to realise that there’s a significant amount of French influence within the local cuisine. Banh Mi is a prime example of this. A popular dish, Banh Mi is basically a French baguette served with your choice of fillings. Unless you’re a real sandwich enthusiast, this might sound fairly uninspiring, but don’t let that deter you from sampling them. 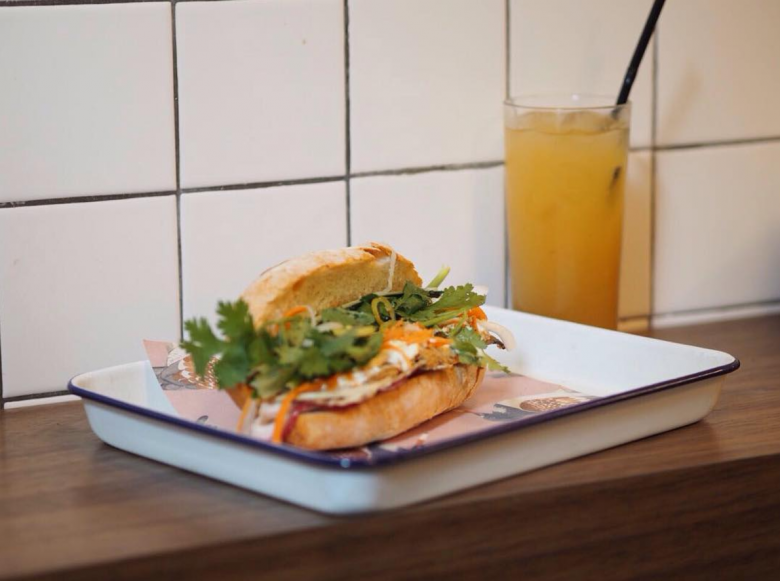 Coeliac suffers rejoice because the best part of Banh Mi is that it isn’t made of wheat. The Vietnamese make their bread with rice flour. Why is this such a noteworthy point? The result of this rice flour bread is that it’s unbelievably crispy on the outside, with a light and soft centre. They’re honestly perfect, coeliac or not.

Traditional fillings usually include your choice of meat, along with vegetables and pickles, and topped with cheese and sauces such as mayonnaise or chilli sauce. Liver pate is a common feature too, and meat choices generally consist of often barbecued pork or chicken, chicken or pork floss (which looks like very fine onion rings!) and meatballs. Order whatever everyone else is having, unless you can’t stand pate. 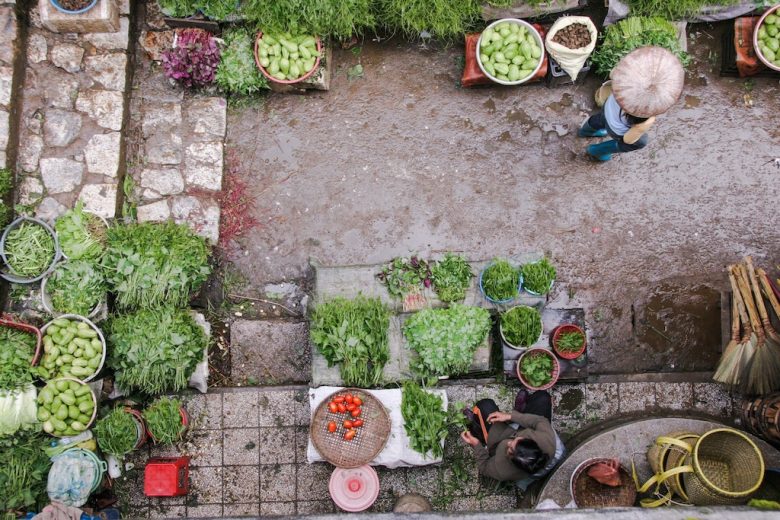 In summary of Banh Mi, not only was I surprised to find that the Vietnamese make a shockingly good sandwich, I also realised that while the locals won’t order three at a time they truly are so good that it would be a sin not to.  After all, you’re only there once and holiday calories don’t count, right?

After three weeks in Vietnam, any traveler could wax lyrical about the show of fruits, vegetables, and fresh food on display everywhere from upscale restaurants to seemingly grimy pavements. If there’s one thing I learned though, it’s to take every opportunity to pull up a tiny plastic stool and wield your chopsticks like a local.