“It was thanks to R4200 return flights on TAAG that I found myself in Portugal on a whim.”

Oporto. Portugal’s second city. There’s something enticing about second cities, Pretoria-dwellers will agree. The term is so often said with a hint of disdain in the voice. Voted Best European Destination for 2017 by Lonely Planet, Porto might be the second largest, second most-visited and many other seconds… but it definitely isn’t second best. While Porto is deservedly famed for its port wine, the ruby-red tipple is just one of many magical things that this charming (second) city has to offer.
nbsp; 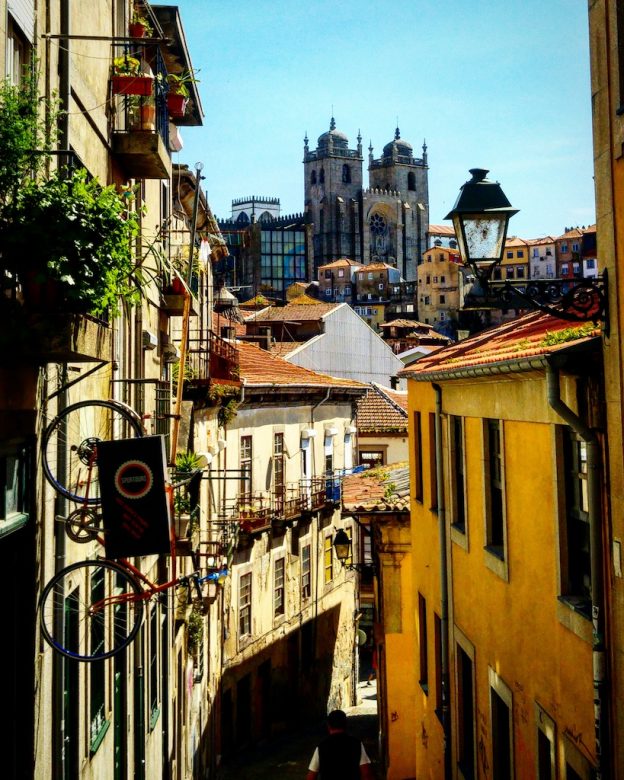 It was thanks to R4200 return flights on TAAG that I found myself in Portugal this Easter on a whim. Lisbon was done and dusted and while it was a pleasant enough experience, Portugal hadn’t left its indelible mark on me quite yet, not the way that other destinations had. All my hopes were pinned on Porto and boy, did it deliver.
nbsp;

From the minute you step into its windy, cobblestone streets Porto oozes charm and friendliness. Spend some time exploring the hidden streets of Porto and it quickly becomes obvious that it is an eclectic city which will creep into your soul. With its beautiful Baroque architecture, quaint bookstores, gorgeous coffee spots and a host of charming locals, there really is something for everyone.

“It’s here that you’ll eat like royalty, even on the lowly South African rand.”

It doesn’t take a genius to notice that Porto is a haven for foodies. For every couple of hundred metres you walk of the narrow cobblestone streets you’ll encounter a new restaurant with a TripAdvisor Certificate of Excellence displayed proudly upon their window. There’s so many that it seems like some kind of elaborate food scam that the entire city is in on – but a quick online search will confirm that Porto is in fact just a city absolutely laden with wonderful places to eat, including two Michelin starred restaurants.

Sometimes they’re enormous, spacious places decked out with crisp white tablecloths and tuxedo-clad waiters. More often they’re small family-run restaurants with only six or seven tables, but still somehow packed to the rafters. It’s here that you’ll eat like royalty, even on the lowly South African rand. Opt for traditional Portuguese food – pesticos (small plates, similar to tapas), seafood and delicious local cheeses. If you’re feeling hungry after a long day of drinking in the sights (and the port!) then there’s only one solution; the Francesinha. Porto’s most famous dish, this is a monster of a sandwich that’s equal amounts terrifying and amazing.  Health food it is not. Your sandwich comes layered with pork, traditional smoked sausage, steak and bacon, then topped off with a fried egg and melted cheese, then served in a hot tomato and beer sauce. And yes, there’s French fries on the side too, just in case your arteries hadn’t hardened enough already. 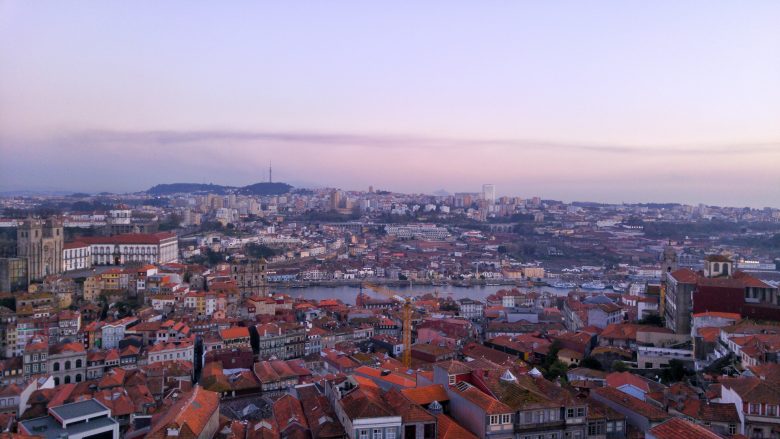 “Walk along the streets, slip in and out of whatever bars you like, have a drink or just peek inside to see what’s going on.”

You’d assume that a city like Porto would revolve around nights spend in front of a fire, drinking port wine in the UNESCO-protected old town. While there’s plenty of that available if you like, Porto is home to a university and thus, a wealth of students. The streets lining Porto’s downtown play host to a huge variety of clubs and bars. A young, bohemian crowd cram into Plano B, a two-storey bar which features local and international bands and DJ’s gracing the vibey downstairs area, while the upper floor remains a quiet, classy cocktail bar. You could try the Porto Tonico at The Gin Bar, just down the road from Plano B, or sip on beers and ciders at one of the many cafes. Walk along the streets, slip in and out of whatever bars you like, have a drink or just peek inside to see what’s going on. Just remember, if you’re after a crowd, you’ll only want to head over at around midnight when the Portuguese are just getting started with their celebrations. Plan your dinner accordingly and book for 9-10pm, like the locals do!

And aside from the food, the nightlife, the coffee, scenery and the myriad of other things that Porto offers, there’s something else. It’s something which isn’t tangible, an atmosphere that somehow manages to emanate from the heart of the city itself.

When you visit Porto it will enchant you and leave you yearning for more. You’ll slowly wind your way through the city by way of yellow brick walls, terracotta rooftops and eatery after tiny eatery. The locals will peer curiously down at you from their haphazard shuttered windows painted in varying shades of green and red. When this happens, stop for a minute to take it all in. I did, and as I pushed back my sunglasses to breathe in the sight of the Douro river winding along the banks of the city, a thought occurred to me. I’d never stepped foot in Portugal until a couple of weeks prior, but visiting Porto felt like coming home.