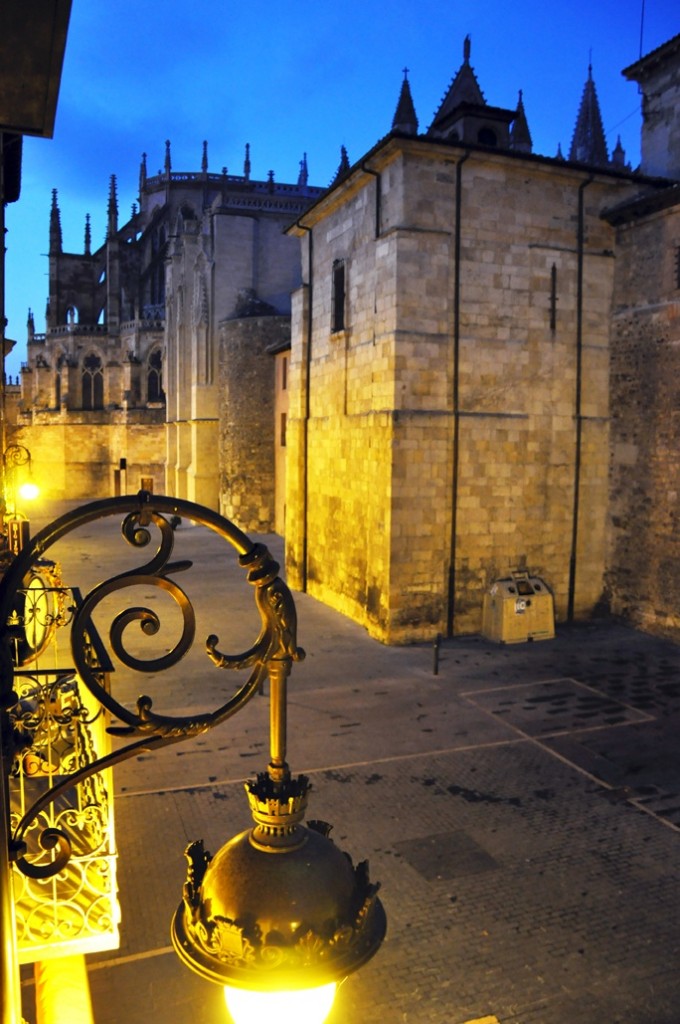 It’s funny which cities get a reputation in Spain. Barcelona is obviously the artistic capital, and Madrid gets attention because of fashion and business, Burgos has the cathedral and Santiago is famous for pilgrims. But then there’s Leon, the forgotten little brother of a city, who has just as much to offer as the other cities, yet somehow gets left off the list.

We arrived in Leon late one afternoon and left so early the next morning that clubbers were still heading home (that’s what happens when you’re a pilgrim walking the Camino de Santiago!) But even though we spent so little time in Leon, it remains a really beautiful place, in my memory. This is mainly because of the wandering around that we did, and all the wonderful things we saw as we wandered.

For starters, we managed to find our way to a little square filled with locals and no tourists. We were sitting eating a snack on one of the park benches, and could see all the locals wandering about, sitting at bars, playing dominoes and soaking up the last of the early summer sunshine. It’s a laidback kind of a city, with people of all ages mingling at cafés and bars, taking the time for a drink and a snack to wind down at the end of the day.

We stayed just off a large stone square, so we had more than enough opportunities to see more locals sunning themselves surrounded by ancient churches, fountains and statues – it seems that history is so much a part of the city of Leon that people don’t seem to notice it any more.

When we walked out of the city the next morning, we took the long way round and passed the stunning cathedral, countless monuments and statues, and long winding roads through the old town, which feels not unlike it must have felt 100 years ago.

Although Leon doesn’t get nearly as much attention as its more famous siblings, it’s definitely worth a visit next time you find yourself in Spain.