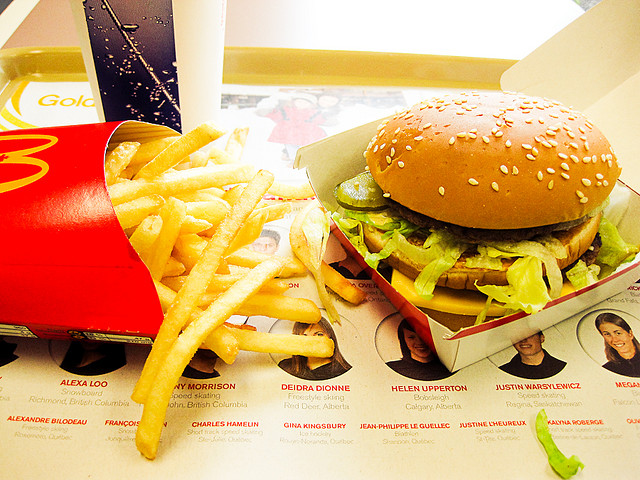 Something I discovered a little while back is an interesting study the economist magazine have done which rates countries the world over on the price of a McDonalds’ Big Mac, the world-famous double beef patty, 3 piece-of-bread, cheese burger. If this is anything to go by, it could well shape your choice in holiday destination!

Some of the pricier burger nations surprisingly include the home of the Hagia Sofia, Whirling Dervishes and downright delicious local cuisine: Turkey at R26 for the famous sandwich. Home to Qantas, Kangaroos and the iconic Opera House, Australia ranks highly too at around R28. But the most expensive countries all over R30 for the burger are all in Europe with the nation most likely to fleece your wallet being Norway, charging a whopping R48 for a single Big Mac.

The cheapest countries in the world to buy a Big Mac

South Africa is definitely one of the cheaper countries to beef up on fast food, and no surprises that other African nations like Egypt (at around R16.50) come up cheap too. But your best value burger munching spots are all going to be in Asia like some of South Africa’s favourite overseas destinations, Thailand at around R15 and Malaysia at around R14.50 per burger. However, the world’s cheapest burger joints will be found in that mystical, faraway land of China, setting you back a mere R12.80 for a Big Mac.

Food for thought, excuse the pun. Thankfully there are many destinations which have so much to choose from in local cuisine that hopefully you won’t have to resort to slinking through the golden arches get a decent meal!