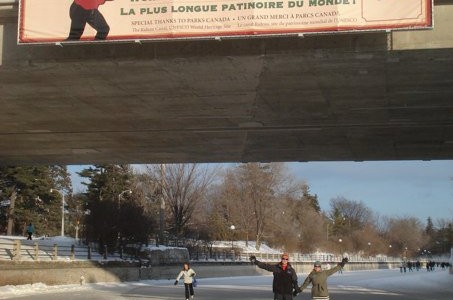 With cold winter conditions covering much of the northern hemisphere, I thought that I’d write about my favorite cold-weather winter attractions…. The World’s Largest Skating Rink – The Rideau Canal Skateway in Ottawa, Canada. 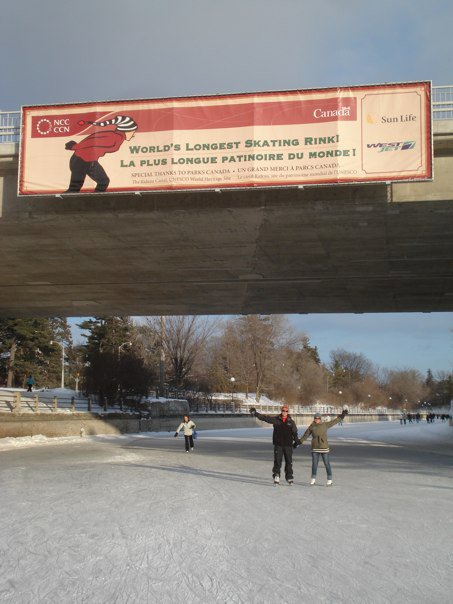 The Rideau Canal is 7.8 kilometres long, the surface area the equivalent of 90 Olympic skating rinks, making it the world’s largest skating rink according to the Guinness Book of Records. The canal is also the oldest operating canal system in North America, earning it recognition as a UNESCO World Heritage Site.

The entire canal in fact extends for more than 200 kilometres, yet the 7.8km section reserved for winter skating meanders throughout the heart of downtown Ottawa, the capital city of Canada. Many locals in fact put on a pair of skates, and make their daily commute to work along the canal. Some of the sights you will see along the canal include Carlton University, and the National Parliament Buildings.

Skating is possible during the period of freezing weather, which usually extends from late December until early March each year. The canal is also the centerpiece of the annual Winterlude Festival, a large outdoor festival with various activities including music concerts, children’s play areas, skating, ice sculpture competitions and other events.

Skating on the canal is free of charge, and skate rental is available if you require a pair. There are many stops along the canal where you can also find a warm beverage – you will likely need one on a cold winter’s day in Canada.