Finding snow in South Africa is unpredictable – sometimes it even snows in the Johannesburg CBD! There is nothing more exciting than waking up to the news that snow on a mountain range just outside your window. Only in South Africa can you go for a sunny sea swim in Durban and two and a half hours later find yourself freezing your fingers off in the Drakensberg foothills.

Londoners may grow weary of this slushy weather phenomenon, however, the rarity of snow in South Africa makes it worth the drive and the wonky snowman built on the side of the road. We bring you the lowdown on where to go and stay in striking distance of this icy phenomenon this winter. 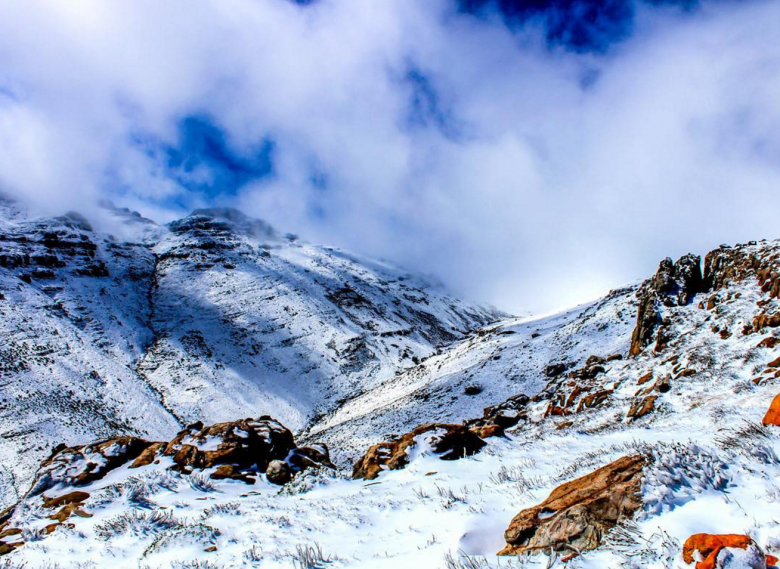 The Matroosberg mountain is the second highest peak in the Western Cape after the Seweweekspoort Peak in the Swartberg Mountain Range. There is a 4×4 route for off-road enthusiasts. You don’t need a 4×4 to reach the Matroosberg Ski Hut which sleeps up to 20 people. There’s no electricity but hot showers await you after a day of hiking or adventuring on the 4×4 track in search of snow.

Another great spot is the secluded 100-year-old Goatherder House which sleeps six people. You’ll find serenity here with its cosy fireplace. It’s fully equipped and welcomes pets.
A two-night weekend stay will cost you around R2,700. 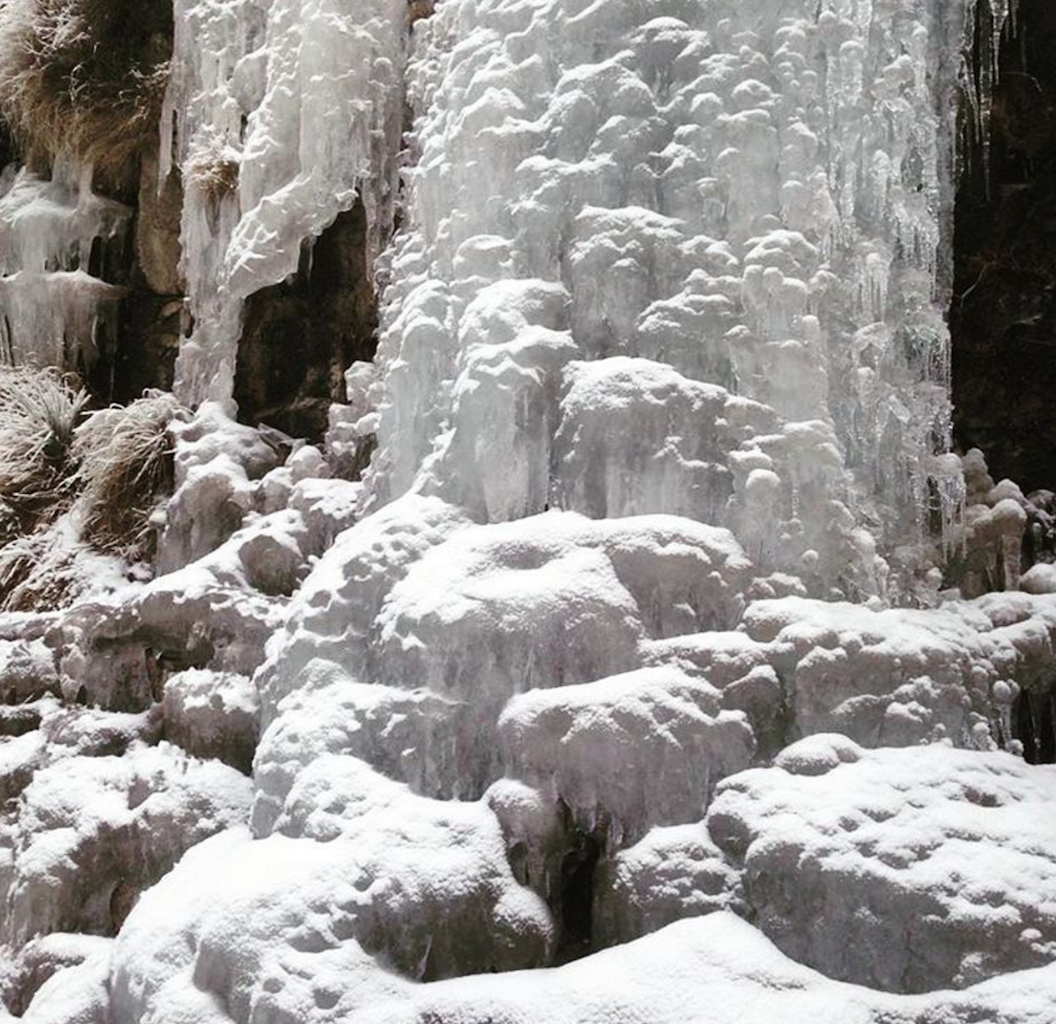 If you’re going to see winter snow in South Africa, it will most likely be on the Sani Pass. It starts at 1,544 metres, rising 1,332 vertigo-inducing metres to the summit peaking at 2,876 metres! Throughout winter the streams going up this steep pass are frozen in fascinating shapes. Once you’re at the top you can warm yourself up with a drink at the Highest Pub in Africa.

Find accommodation along the Sani Pass.

Book a weekend away in the charming farming town of Underberg and if you’re lucky you might wake up to several centimetres of crisp white powder outside. If not, then it’s onwards and upwards to nearby Sani Pass.
Stop in at the Underberg Inn for a pint and for a delicious country dinner, head to The Old Hatchery. 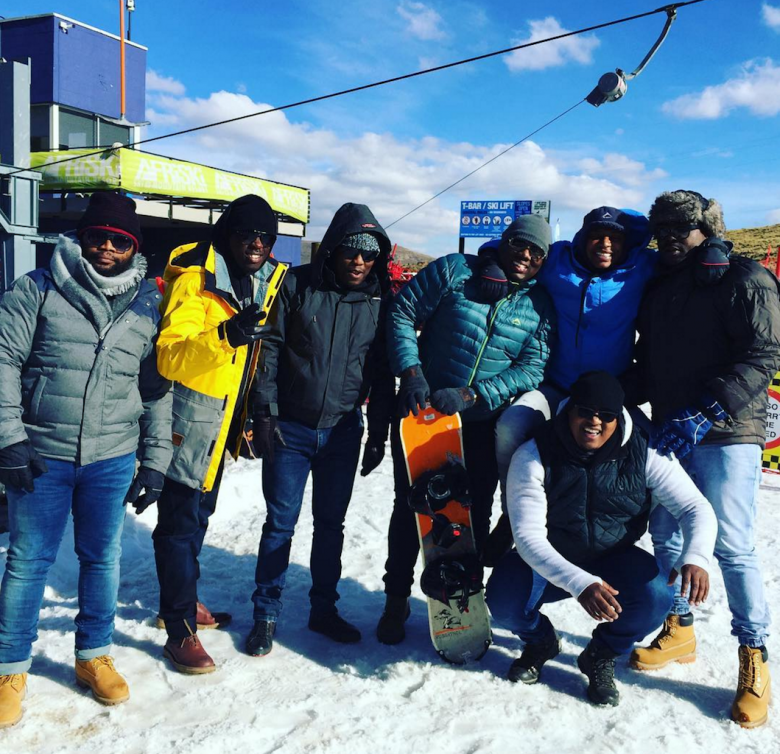 Lesotho is home to Thabana Ntlenyana meaning “Beautiful little mountain” in Sesotho, which is the highest mountain in southern Africa, in winter there is practically no possibility of not seeing snow in the mountains of Lesotho.

This mountain kingdom is prime snow hunting territory. Ski enthusiasts will have a fantastic time on the slopes at Afriski. Budget backpacking accommodation ranges from only R180 per person.
Rent a luxury mountain chalet which sleeps six to ten people, or discover a great range of mid-range accommodation too.

Good to know before you go: 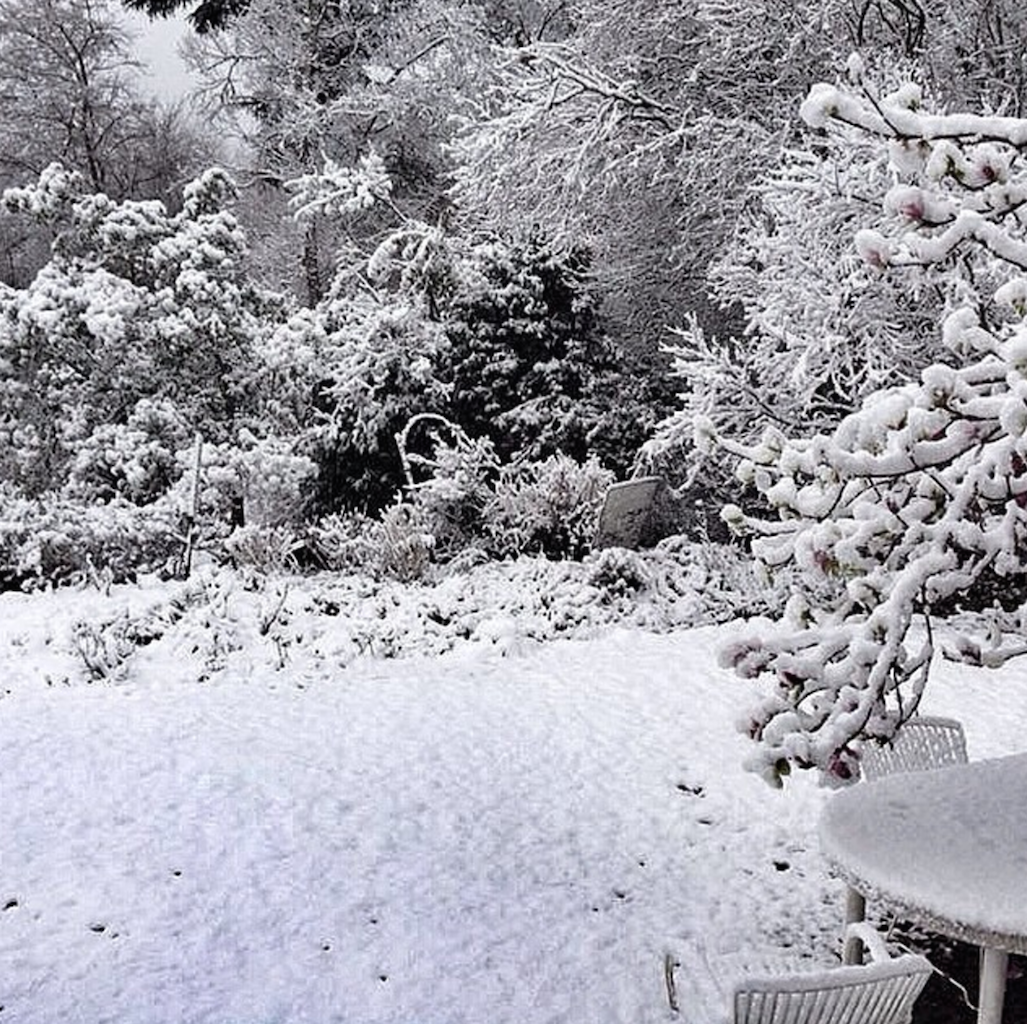 Local legend has it that Tolkien’s Middle Earth is the Amathole Mountains. Apocryphal or not, the ethereal Hogsback village of artists and bohemians is occasionally blanketed in a layer of snow. Don’t miss the open-air bathtub with a view at Away with the Fairies backpackers. Call: (045) 962 1031 to make a booking. You can choose to stay in a dorm room or book the two-bedroom Hobbit cottage fro R700 a night. 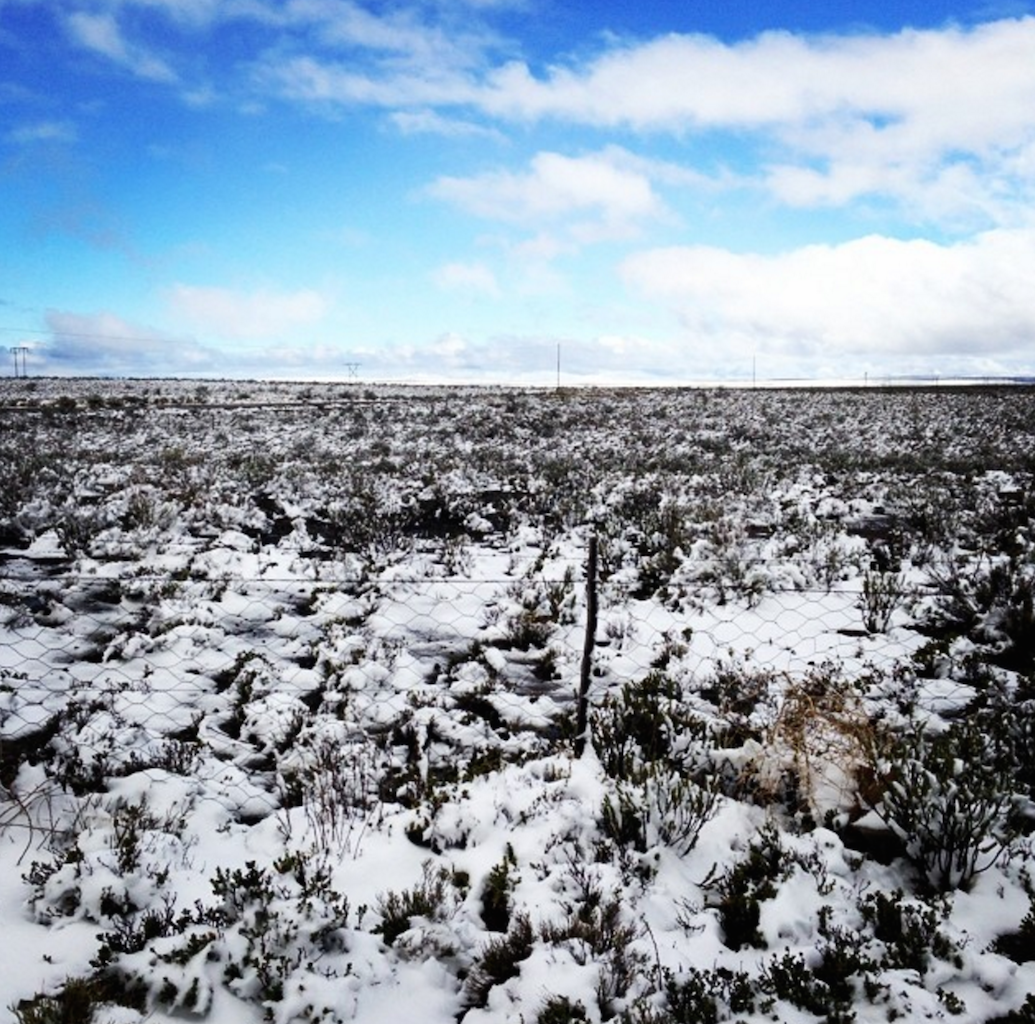 Reportedly the coldest place you’ll find snow in South Africa, it’s crazy that one of their heaviest snowfalls took place in mid-summer on the 6 December 1970! Pack your car and head north for a magical road trip where you can build snowmen by day and cosy up beneath the star-lit sky at night.
Stay at Blesfontein Farm for their star show and warm hospitality.

Of course, snow means snowball fights and hot chocolate. Let us know if we have missed any other great spots to catch the snow in South Africa!