Stockholmers call their laid-back city ‘beauty on water’, and once you visit you will understand why. There is no other city in the world quite like it. Not only is it a city where land meets the ocean, but it is also a city where history meets modernity.

We have compiled a list of 10 things that will make you fall in love with Stockholm. And who knows, maybe after you read all this, you will be excited to plan your next getaway here. Discover these unique things to do in Stockholm! 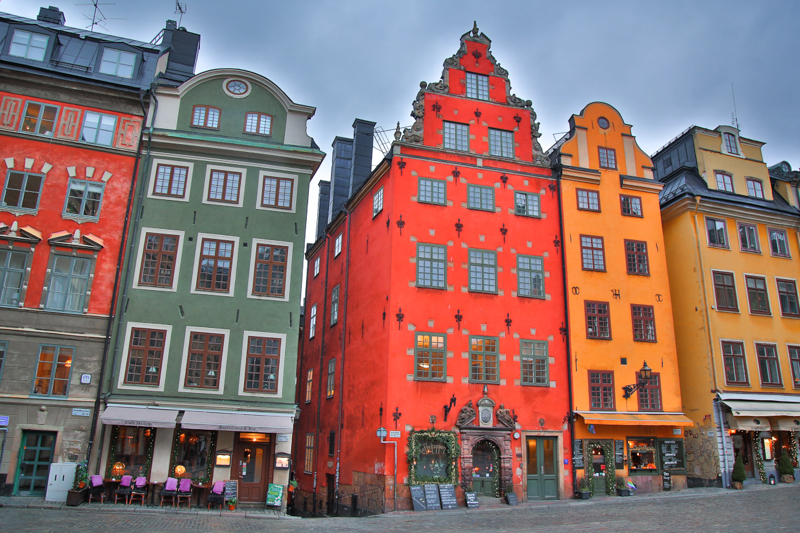 Despite the fact that the city comprises 14 islands that are connected by 57 bridges, Stockholm has a whole other range of unique characteristics that make it special.

Geared for outdoor enthusiasts and nature lovers, the city rises gracefully above water so clean that you can go swimming in it. Its array of waterfronts are teeming with boats, ranging from ferries to sailboats, that whisk you away out into the city’s vast archipelago that stretches into the Baltic Sea.

It is one of the only cities in the world where you can take gentle sunset strolls along the Baltic Sea and a few minutes later, cross over bridges before arriving at picturesque water canals.

2. One of the safest and happiest countries in the world 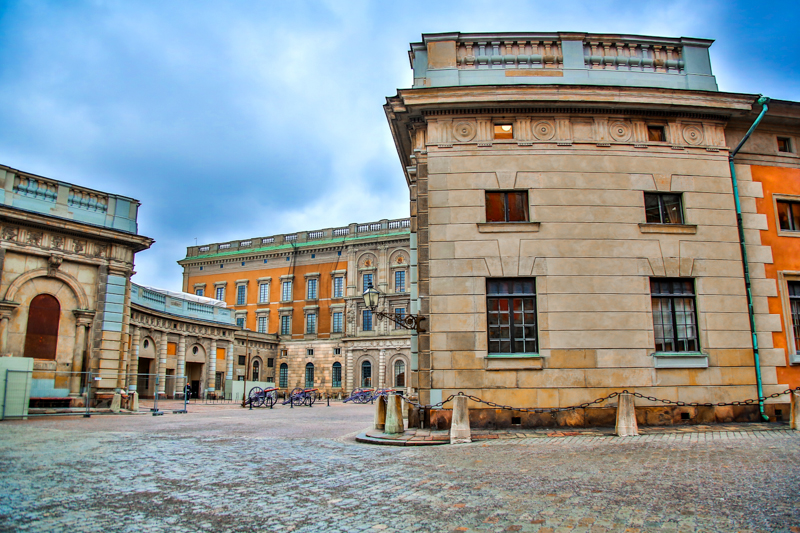 You’ll just love how warm and welcoming the people here are. Not only is Sweden one of the safest places in the world to visit, but it also ranked in the top 10 as one of the happiest countries in the world, as reported in the 2019 World Happiness Report. 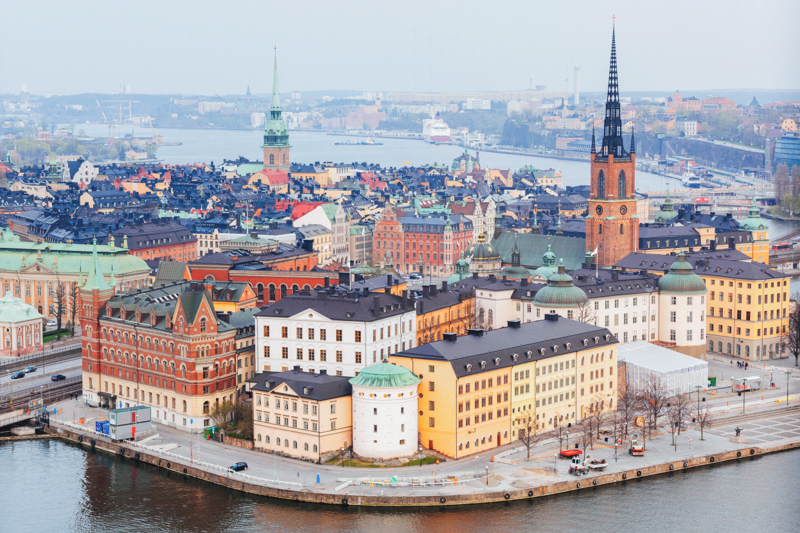 While Sweden isn’t an island, since land connects it to both Norway and Finland, its capital city spans across 14 islands, all connected by 57 bridges, each one boasting unique characteristics.

Arguably, one of the most beautiful of all the bridges is the Djurgårdsbron Bridge that stretches from Strandvägen to the magical island of Djurgården. You will appreciate this one for its interesting sculptures that depict figures from Norse mythology.

Another bridge famed for its beauty is the 19th-century Vasabron Bridge that connects the Old Town to Norrmalm.  It is 600 metres long with the highest part sitting 26 metres above water. Its elegant design is subtly decorated and dominated by low arches and elegant lampposts. It was named after King Gustav Vasa. A statue stands in his honour near the southern end of Vasabron in the courtyard of the House of Nobility.

From here, sunset panoramic views of the old town will just captivate you. 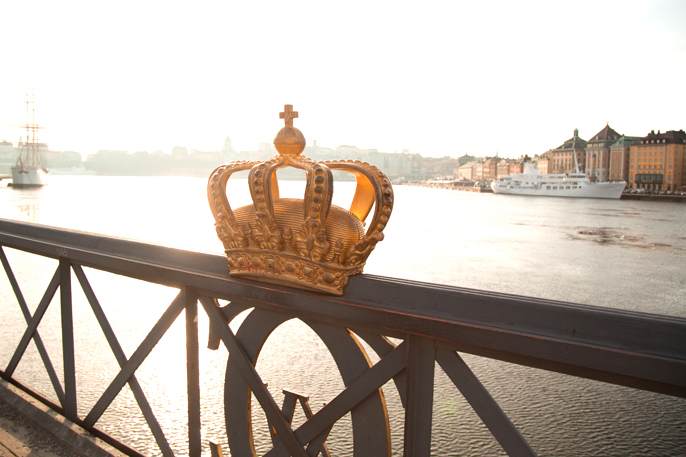 The neoclassical style Norrbro Bridge, is Stockholm’s oldest standing bridge, that at the time was famed for being a technological masterpiece. It was completed in 1807 and was the first of the bridges to be made of stone and paved.

The most modern of all the bridges is the Centralbron Bridge that was completed in the 1960s. It was created purely as an addition to Stockholm’s infrastructure. It connects other parts of the city to the well-preserved historical city centre. 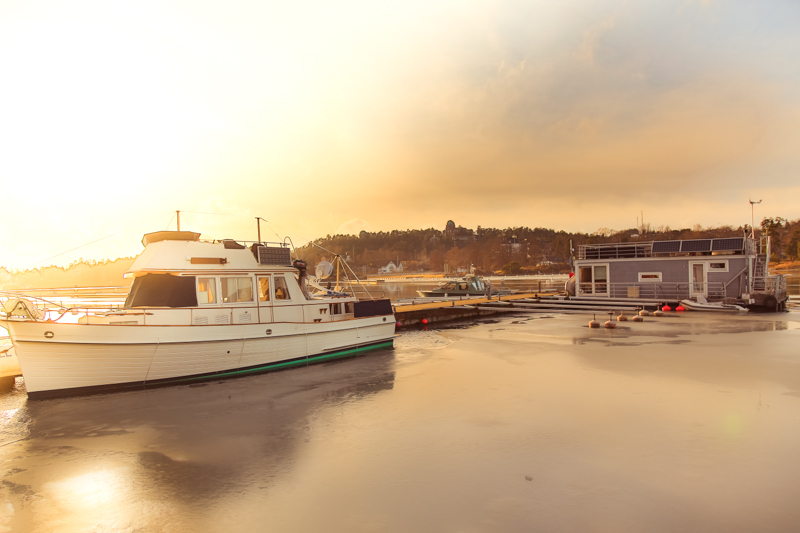 It is almost impossible not to find a body of water in Stockholm. Water is everywhere and the main allure to the city. During the summer months, the Baltic Sea flows through the sparkling blue waterways of the 14 islands that make up Stockholm. During this time the city becomes awash with boats of all shapes and sizes. Despite this flow of traffic, the water is so clean, that you can drink it, swim in it and fish in it. 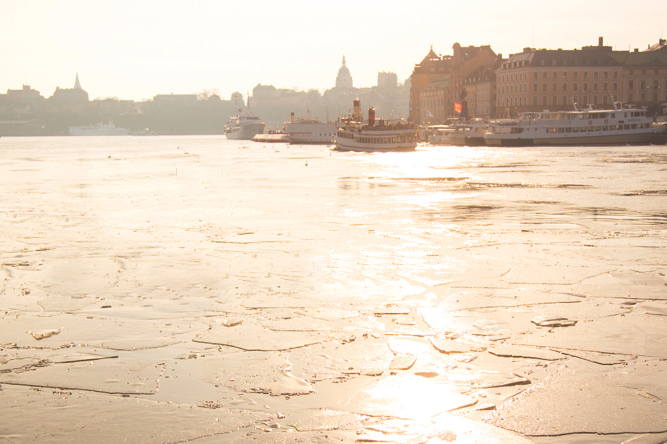 During winter, the Swedes take to winter swimming around the Stockholm archipelago. This may sound daunting to first-timers, but it is not as bad as you might think. It’s certainly one way to improve your blood circulation! 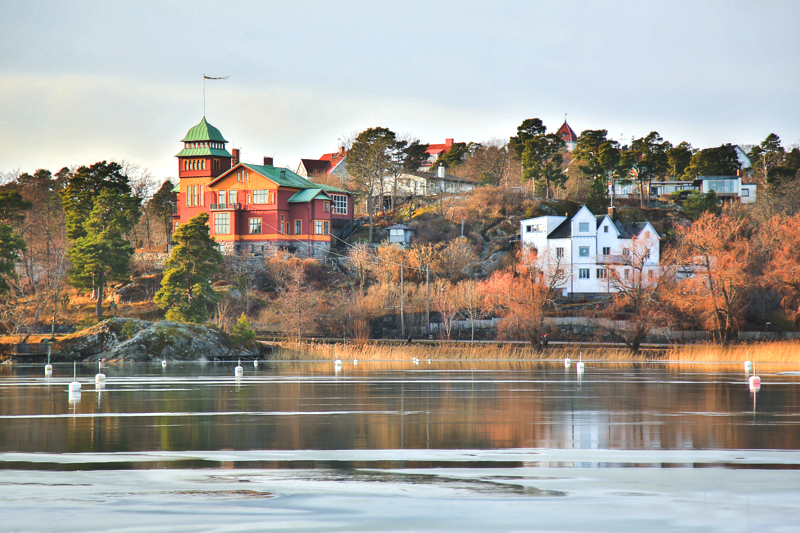 Stockholm may not be in the heart of a wild rugged landscape, but it does have subtle touches of green nature incorporated within its urban city.

There are 26 city parks, with the biggest being the National City Park, as highlighted below. You can expect to find centuries-old oak trees, streams, lakes, marshes, enticing beaches, and craggy hilltops. It truly is hard to believe that you are in the middle of a thriving capital city. 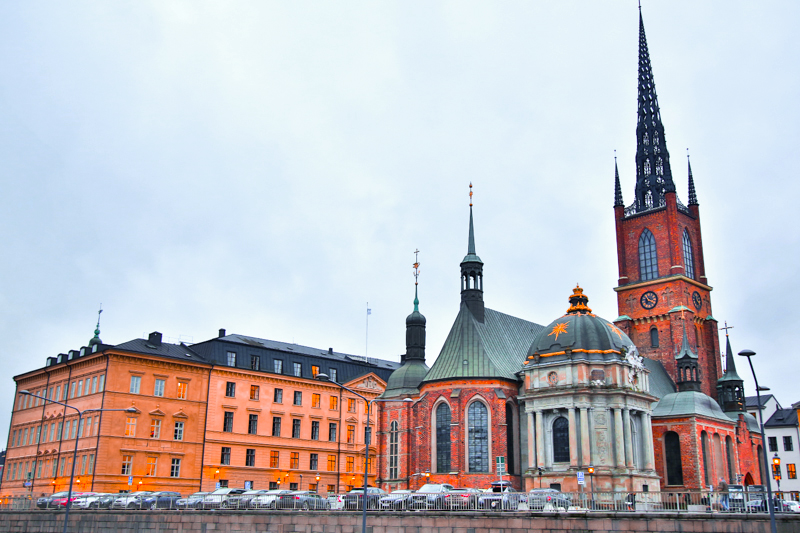 Begin your journey of exploration of various architectural styles dating back to the 12th and 13th century by talking a walk through Stockholm’s old town. Gamla Stan (as it is called) will make you feel like you have been transported back into medieval times as you meander through a bewildering labyrinth of tiny, winding streets.

The city houses a range of buildings, some of which have different architectural styles. The Stockholm Palace, for example, boasts a baroque style, while the Public Library’s style has been inspired by medieval and renaissance ancestry. 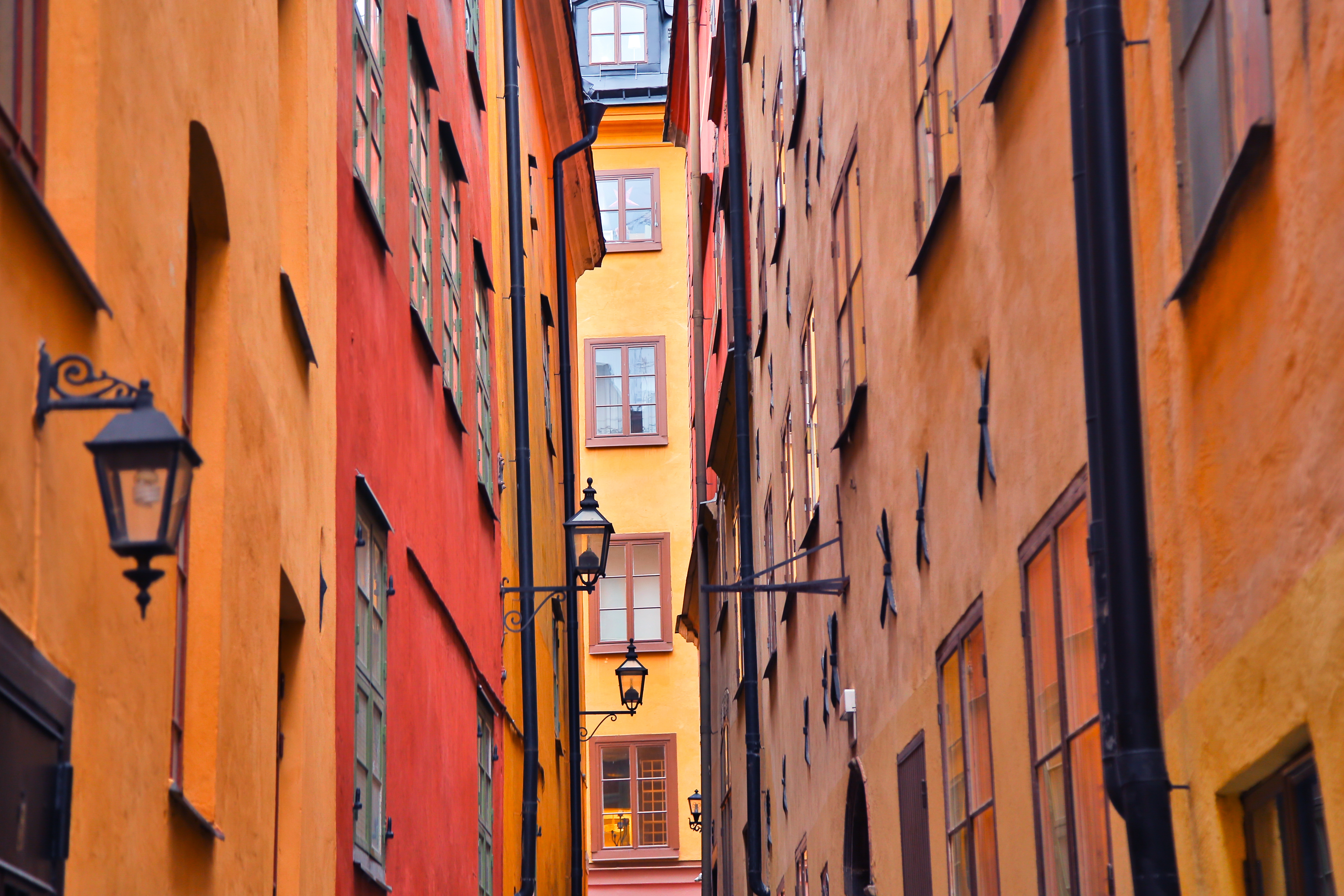 Some notable buildings are the large German Church, the Riddarhuset and the Bonde Palace. As well as Tessin Palace and Oxenstierna Palace. Be sure to also explore the Royal Palace, Parliament House and Sweden’s oldest building, the Riddarholmskyrkan that dates back to the 13th century.

Another one of Stockholm’s most pride attractions is Sky View. It takes you atop of the world’s largest spherical building, the Ericsson Globe. The view from up here is incredible and encompasses all of Stockholm. 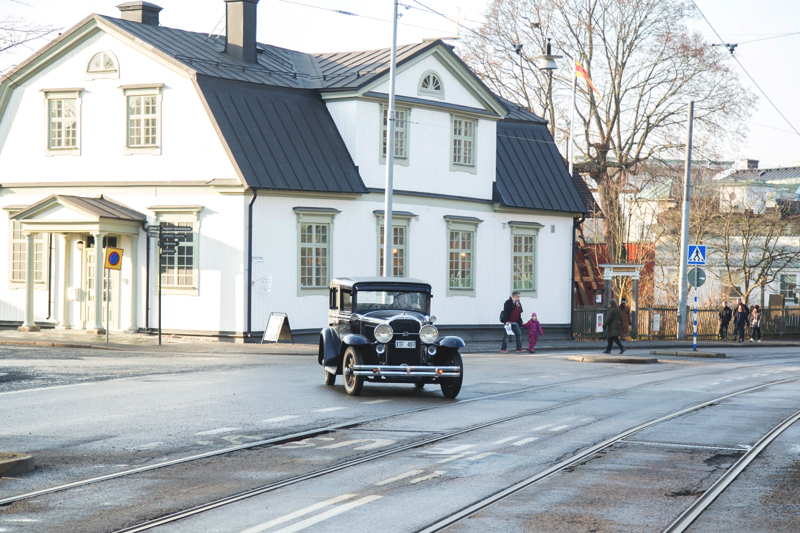 Stockholm is scandalously rich in cultural assets. Gamla Stan, the city’s oldest district, has been famed as being one of Europe’s most enchanting and preserved historical centres where the past, present and future constantly merge.

One of the best things to do in Stockholm is spending some time exploring the maze of medieval cobbled streets. You will soon realise just how much history is harboured within these gabled buildings. There are 70 museums and 57 theatres, including the Royal Opera House. As well as 96 movie theatres, 66 churches, 129 art galleries and an array of concert culture halls. The cultural experiences here are endless.

You can even experience a traditional changing of the guards ceremony, marvel at ancient Viking treasures, explore warships, and live out authentic traditions at Skansen, an open-air living museum. 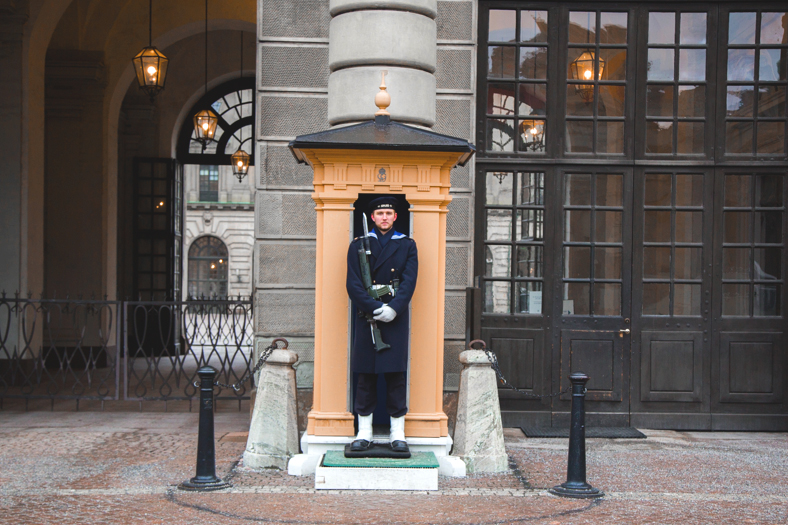 Here you will also find three of Sweden’s World Heritage Sites – the Birka, Drottningholm Palace and Skogskyrogarden. And, if this isn’t enough to draw you to the city, it is worth mentioning that it’s most famous for hosting the annual Nobel Peace Prize.  It was named after the famous scientist Alfred Nobel, one of the most famous Swedes ever. 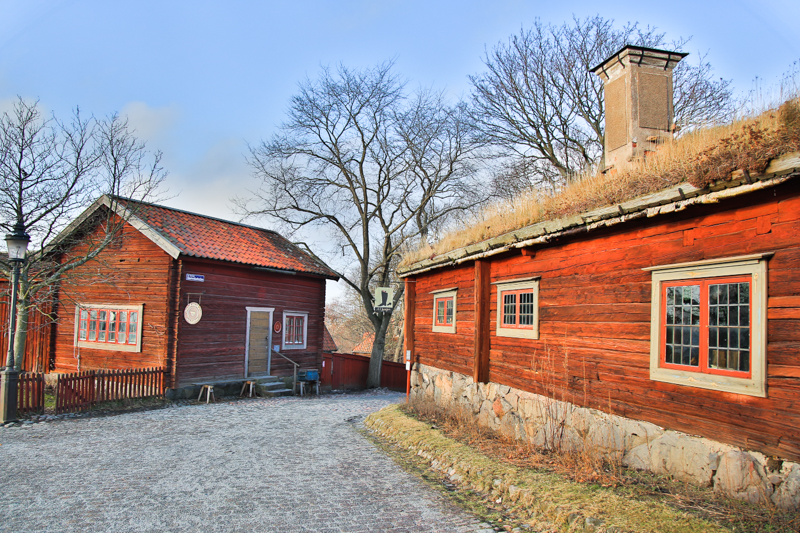 Stockholm is home to Skansen, the world’s first open-air museum. It is located on the Royal Djurgården Island and boasts more than 150 unique home and farmsteads that will give you insight into five centuries of Sweden’s past. 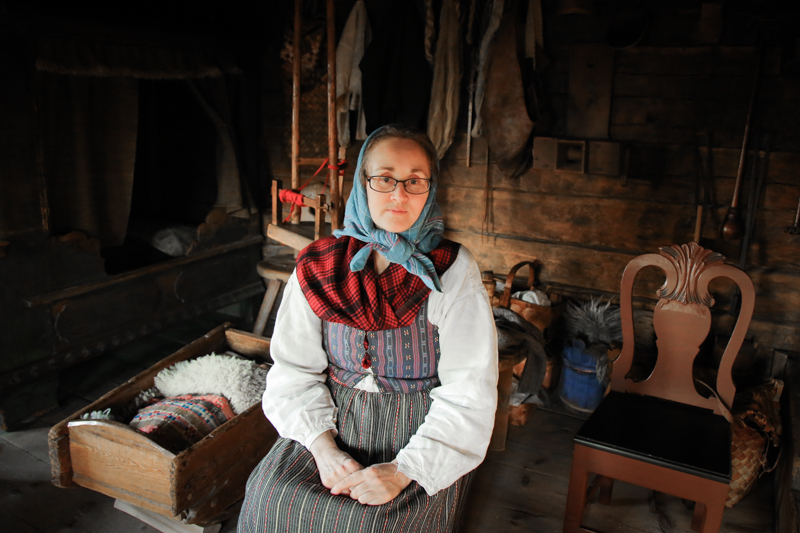 Authentically-dressed staff add life to the museum, going about their everyday life as they would have done centuries prior. Some, for example, can be found knitting and spinning in 18- and 19th-century-old houses. This experience will make you feel as if you have just stepped into a time capsule. More so, it will allow you to fully understand how Swedes once lived, including their traditions and craftsmanship and how they adapted to the ever-changing weather conditions of the region. 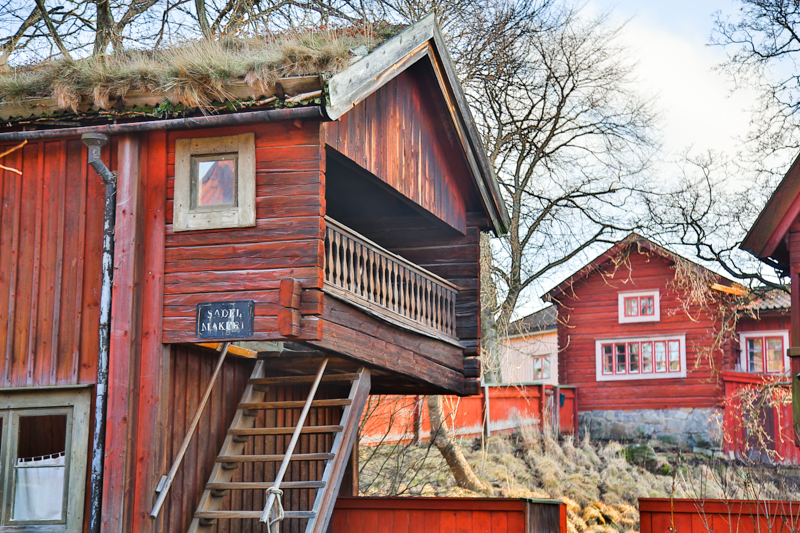 It is so big and interactive that you can quite easily spend an entire day here. There is even a zoo where you can rub shoulders with 75 different species of Scandinavian wildlife iconic to the region. You can expect to see moose, brown bears, lynxes, wolves, and even seals.

It even offers a taste of Sweden at the Solliden Restaurant where you can sample Smörgåsbord – a traditional Swedish dish.

International labels are rubbing shoulders with high-class Scandinavian designs, particularly in Östermalm, Stockholm’s most exclusive fashion district. Since the world’s fashion scene is in an intriguing state of flux, Stockholm has been challenging the dominance of its four mighty fashion competitors – that of London, New York, Paris and Milan. 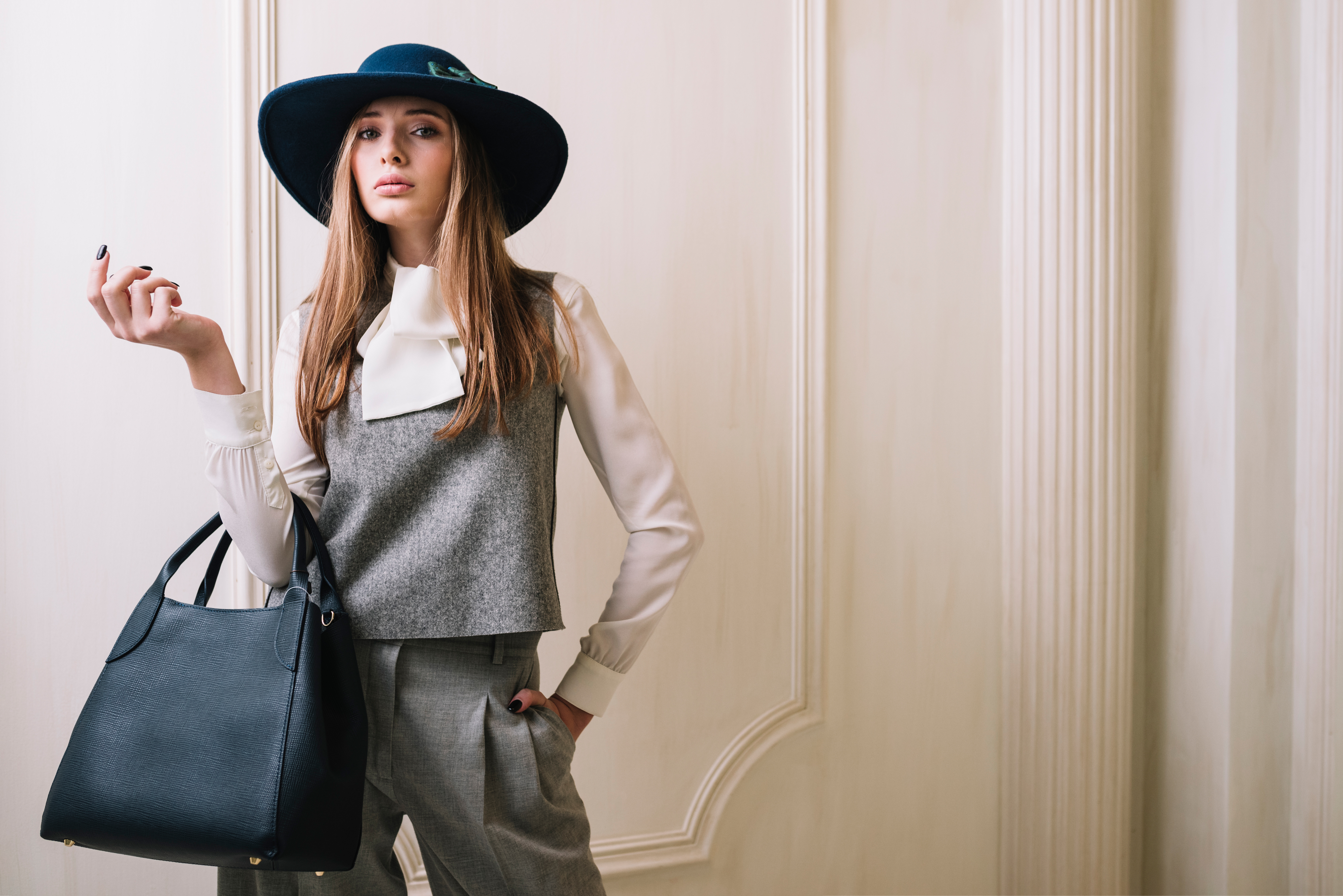 Stockholm’s Fashion Week, which has recently celebrated its 17th anniversary, saw buyers from Harvey Nichols to Fenwick take to the front row seats. The reason? Local designers are clued up with the hottest trends, offering an effortless yet ingenious simplicity of style with an innovative approach to fashion.

It comes as no surprise as to why the Swedes have coined the term ‘Scandi-chic’. The term refers to their natural sense of street style that is not just about one look in particular, nor is it about wearing certain labels or brands. 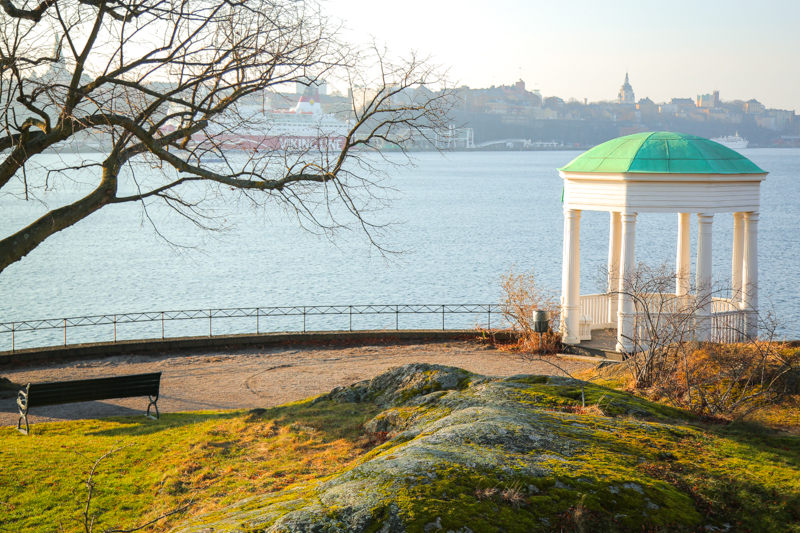 Set right in the heart of Stockholm city, you will find the World’s first National City Park. It is Sweden’s most visited green space and a central pillar of life for the people that live here. The park covers 6,671 acres and includes the areas covering Ulriksdal, Haga, Brunnsviken and Djurgården.

A walk through here takes you on a picturesque forest and woodland trail. You will pass by some of the cities main attractions – museums, an amusement park, theatres, castles and hills with historic oak trees. You can also find lakes, streams, bays, marshes and canals, meadows with grazing cows, secluded swimming spots, rocky hilltops and areas with wild, virgin nature.

Where else in the world, can you have an encounter with wildlife right inside a city? Spot moose, foxes, deer, and many winged beauties, including various rare birds.

Book your flights to Stockholm and fall in love with the splendour of this unique city. 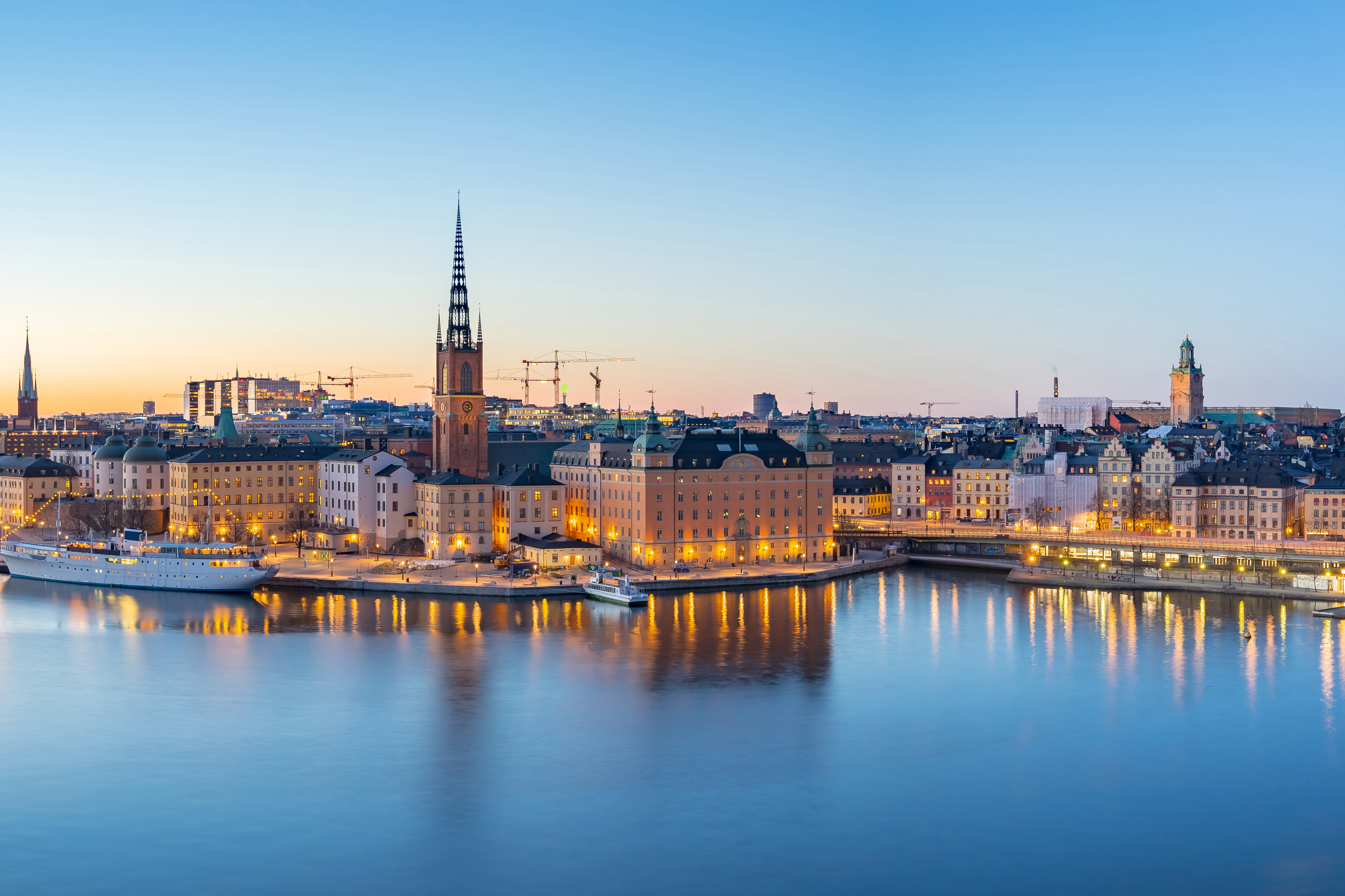 What are some of your favourite things to do in Stockholm? Let us know in the comments below.

Also Read:
Your Guide to an Adventuresome 2020

Applying for your Schengen Visa