When one thinks on Mauritius the clichéd visions of blue pools, beautiful white beaches, bright cocktails and little bikinis are what come to mind. Balmy, wind-free days, days spent lazing around, sleeping and eating all sorts of gastronomic delights that inevitably add to your middle. We headed over for our excursion to have a look at the more active side of the favourite honeymoon and family destination.

It isn’t as expensive as you think 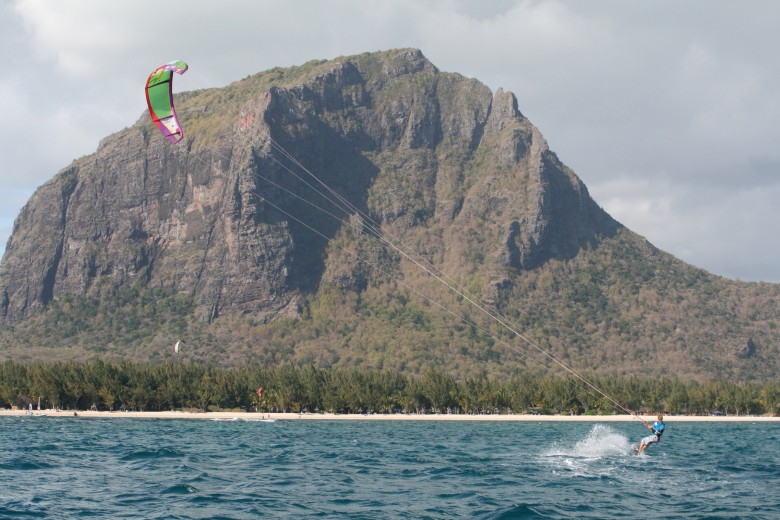 The other thing that comes to mind when musing over Mauritius as a holiday destination is that many of the activities, organized by the resorts, are expensive and out-of-whack with the rest of the budget. Parasailing, deep-sea fishing, the submarine underwater trip and the under-sea-walk all cost big coin. There is a lot more happening on that beautiful island, a wealth of activities that can be enjoyed without the need for a loaded credit card.

With the faintest of apologies to Bono, there has been a lot of talk about surfing in Mauritius. Maybe too much talk. Several surfers have had serious run-ins with aggressive local surfers, and have had to vacate certain waves in order to keep the peace. This is not an ideal experience for a traveling surfer, especially if his or her partner and kids are on the beach. Surf localism is not a pretty thing to witness. Yet there are ways to deal with these situations. Find out where the locals hang out, find out when they surf there the most (usually weekends) and then avoid those times and those surf spots. Which is what I did, and surfed my tits off, literally. In medical terms I surfed so much during my stay that my man-boobs all but disappeared. The turquoise water is warm and there is no need for a wetsuit, the sun beats down on your back, and any surf in Mauritius is better than no surf. It’s also free. 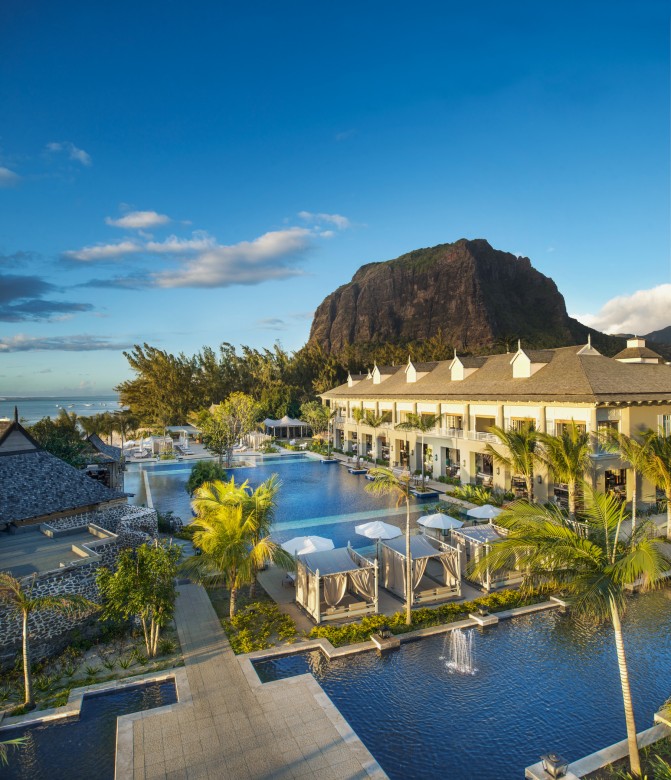 The St Regis Hotel on the Le Morne Peninsula was our venue of choice for the first part of the trip, with the best location for one of the best waves in the area. I just needed to stumble out of my room with my surfboard, flop into the water right in front of the resort, and start the fairly long paddle out through the keyhole. 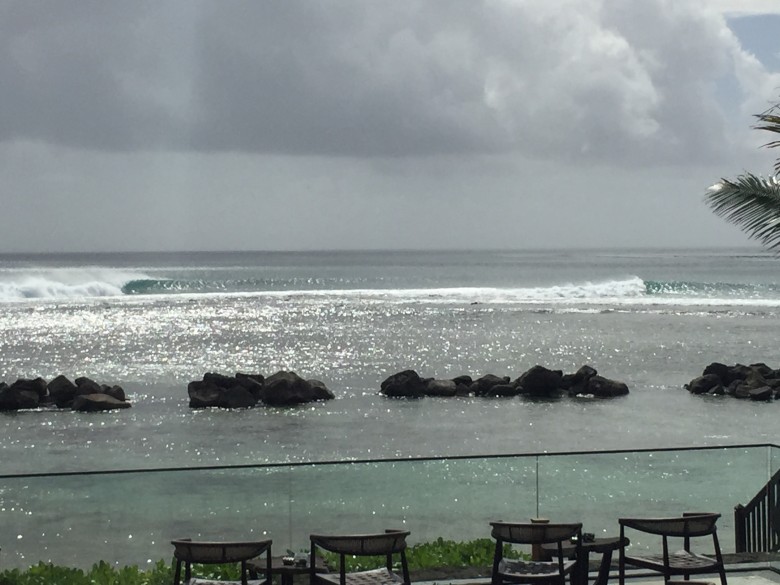 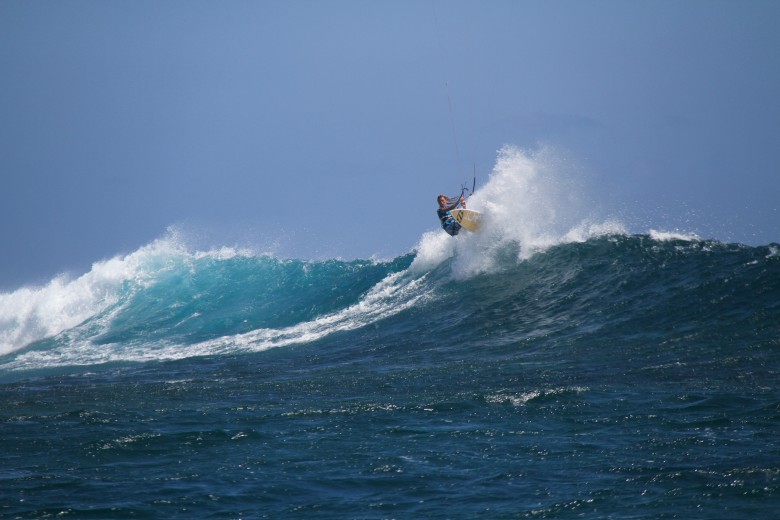 While surfing, looking back at the island and the St Regis resort, the whole view is overshadowed by the Le Morne Brabant Mountain. The Le Morne peninsula was notorious in the early 19th century as a refuge for runaway slaves. After the abolition of slavery in Mauritius, on 1 February 1835 a police expedition traveled there to inform the slaves that they had been freed. However, the purpose of the expedition was misunderstood and the slaves, who thought that it was a trick, leapt to their deaths from the massive rock. It seemed like a good place to go climbing. 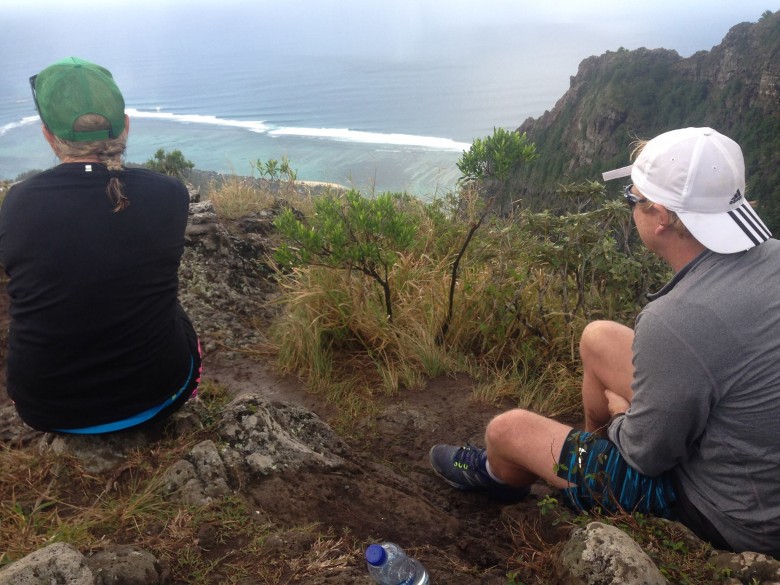 Yan De Maroussem does guided climbs up the Le Morne Brabant Mountain, and it is not for the faint of heart. A strong climber and a hardcore trail runner kind of guy, Yan instills a natural calmness and peace in you whilst climbing up to the Cross on the mountain, and you are going to need all the calmness that you can get. It’s a gnarly climb for novices, it’s strenuous, and it is fairly stressful. You need confidence all the way, you need to trust your body, and if you’re scared of heights or suffer from vertigo, then it is seriously advised that you don’t look down. Ever.

Reaching The Cross, a point 550 meters up the mountain, is an incredible achievement. Apart from the fear, the adrenaline and the overwhelming sense of achievement in conquering all sorts of fears and facing some horrible demons, it is an absolutely exhausting exercise. Muscles that you never knew about are going to ache for days, your chest is going to be exercised like never before. Hand and foot muscles are going to be tight from clambering up and down gnarly situations. The resultant body fatigue resembles the same as that of finishing a full marathon. It’s a real work out, and my wife and I are fairly fit people, having trained for and run two marathons this year. Yan can be found on his company’s Facebook Page Yanature, and the climb is recommended.

Wellness at the Westin Turtle Bay 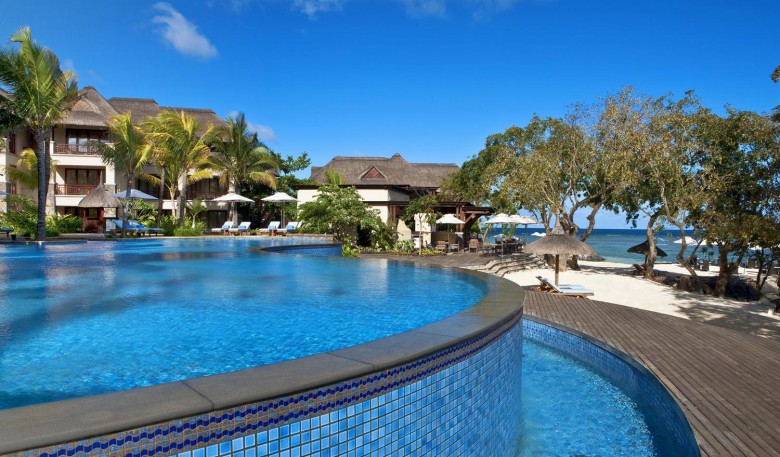 Then it was time to head north. Time to head away from the surf as well as the mountains. Our aim was do some serious running, training for our next marathon, and burn enough calories for the pudding girth to remain stable at least. The Westin Turtle Bay is set in an idyllic location, set in the southern corner of Balaclava Bay. Apart from their general ‘wellness’ theme that runs throughout the hotel, including ‘superfood’ options on the menus, they have another unique service. They offer guests the ability to go running with the hotel General Manager on their mapped run. It’s a magical route, along the beach and through the sugar cane, before alighting back at the entrance to the resort. This was to be our saving grace as we trained towards our third marathon. Being a fairly short route, exactly 4 km to be precise, we used it for some time trials and speed work. 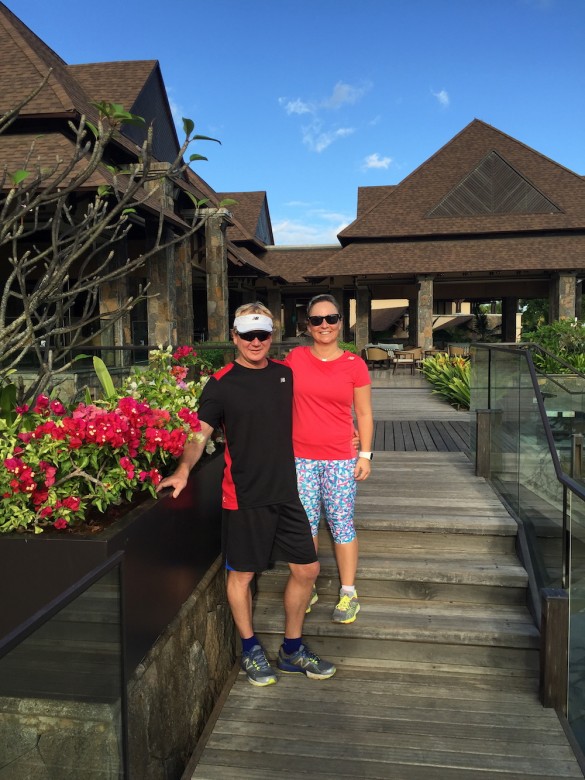 It was deserted and quiet in the early morning on our last day in paradise. Most holidaymakers are not wont to wake up early while on holiday. We headed out for an early run, followed by a vigorous (read cool) swim in the pool before we headed back to pack for our return journey. In the process of packing our bags and surfboards and weighing it all to check for excess baggage I had no option but to note my own weight. I had lost 1 kg while ‘relaxing’ on holiday in Mauritius.

Recommended for an Active Holiday in Mauritius: