When a plane lands at St Maarten’s Princess Juliana International Airport in the Caribbean you could be forgiven for thinking you’ve unwittingly stumbled across a film set reminiscent of Francis Ford Coppola’s 1976 movie Apocalypse Now.

Whether they like it or not, beach revelers on Saint Maarten’s Maho Beach are treated to a planespotters dream as aircraft of every kind (from large A330-200’s to light island hoppers) swoop in over the bay on final approach to Runway 10.

World famous for its close-proximity photographs of landing aircraft, Princess Juliana International Airport has become for many a reason in itself to visit Sint Maarten.

Due to its short runway (2180 metres), airplanes on final approach have to fly at unusually low altitudes above Maho Beach.

Jet blast from departing aircraft is also another ‘attraction’ as it creates artificial waves. However, jet blast is physically hazardous so viewers need to exercise caution; local authorities placed a warning on the airport’s fence to alert people to the dangers of jet blast. 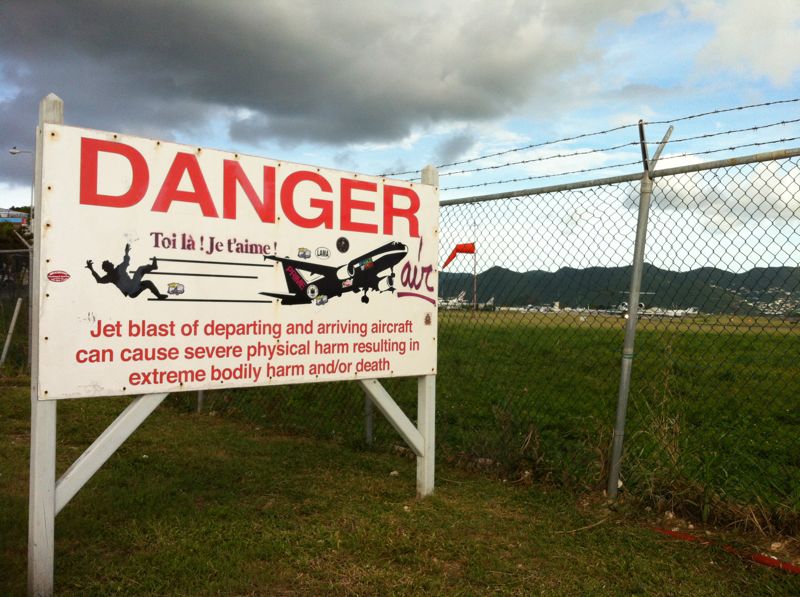 Saint Maarten International Airport (code SXM) opened to the public in 1943 and currently serves the Dutch part of the island of Saint Martin. According to Wikipedia, the airport handled 1 647 824 passengers and 103 650 aircraft movements in 2007. It consistently features in Top 10 lists about the world’s most dangerous airports. 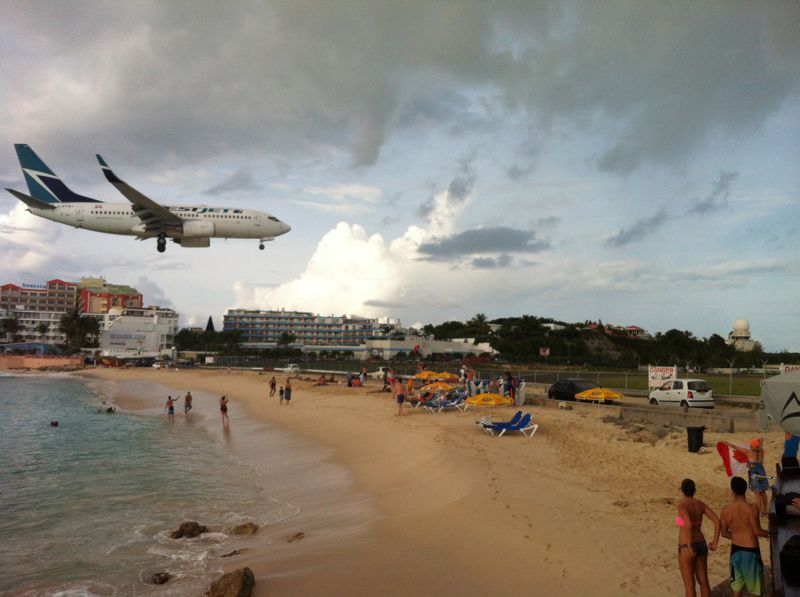 Thanks to Travelstart customer @TravellingMess for these great videos and pictures of planes landing at Maho Beach on Sint Maarten in the Caribbean.