Why is it that everyone thinks their antipodes will always land them in China? Do you even know what an antipode is? Don’t worry I also only found out recently what it is. An antipode explains where you will wind up if you were to dig a straight hole from your current location through the earth’s crust and core to the exact polar opposite.

Wikipedia explains an antipode as “In geography, the antipodes of any place on Earth is its antipodal point; that is, the region on the Earth’s surface which is diametrically opposite to it. Two points which are antipodal to one another are connected by a straight line through the centre of the Earth.”

Disappointingly enough, if you’re anywhere in South Africa then your antipode will land you in the sea. 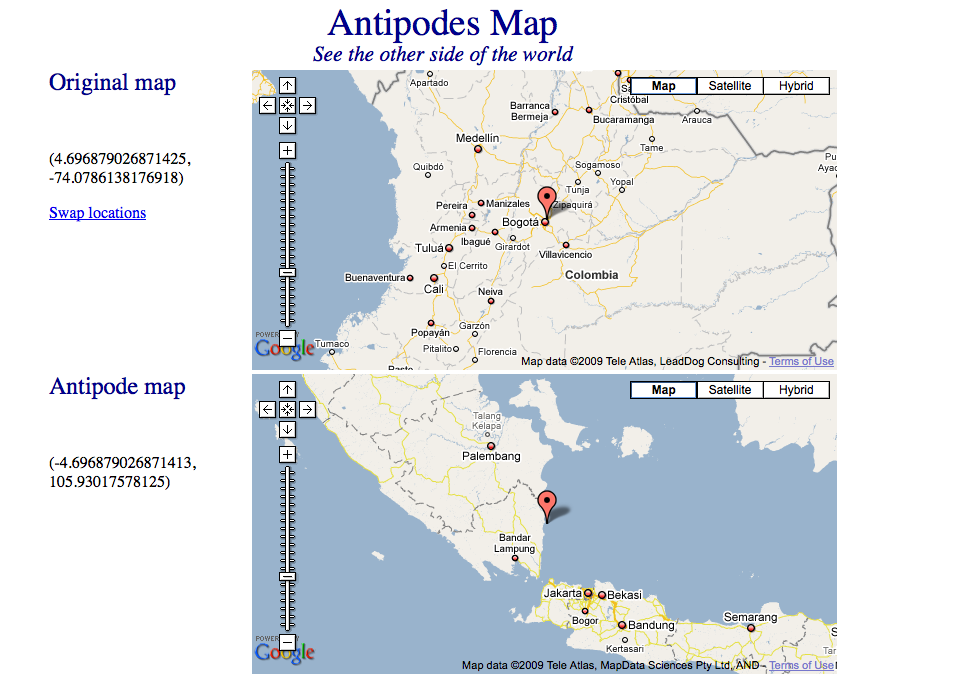 If you’re in Spain then your antipode is New Zealand! While this main seem trivial it gives you an idea of the long distance travel you undertake when you fly for example from the Australia’s to Europe.

So who does end up in China?

If you’re travelling around South America then your antipode will connect you with China. Parts of Chile, Argentina and Bolivia are all antipodes to the elusive People’s Republic of China.

Thanks to the folks at Google Maps you can now easily get to know your antipode online. Follow the link for a user friendly antipode map.

If we could somehow harness antipodes for travel it would certainly have an impact on the need to find cheap flight tickets everytime we travel somewhere. Perhaps one day we’ll have an antipodean transportation network. Ah I can see it now – You’ll be logging on to Travelstart to find the cheapest antipode cell… or maybe I’m just dreaming.