Everyone moans about sitting in a plane for hours, cramped in a small seat breathing the same air over and over. This got me thinking, what are the world’s longest and at the other end of the spectrum, shortest flights?

Longest commercial flight in the world

There are a number of contenders for this flight, most of which involve flights to and from the States, the top 3 are:

3> most remarkable to South Africans is the world’s third longest commercial flight – Delta’s OR Tambo to Atlanta flight, a painful 17 hours and 5 minutes.

1> Number one also belongs to Singapore Airlines – 15345km from Newark (New York) to Singapore in a staggering 18 hours and 50 minutes! And due to the curvature of the earth, this flight (like many in the Northern Hemisphere) takes the shortest route which goes over the arctic too! 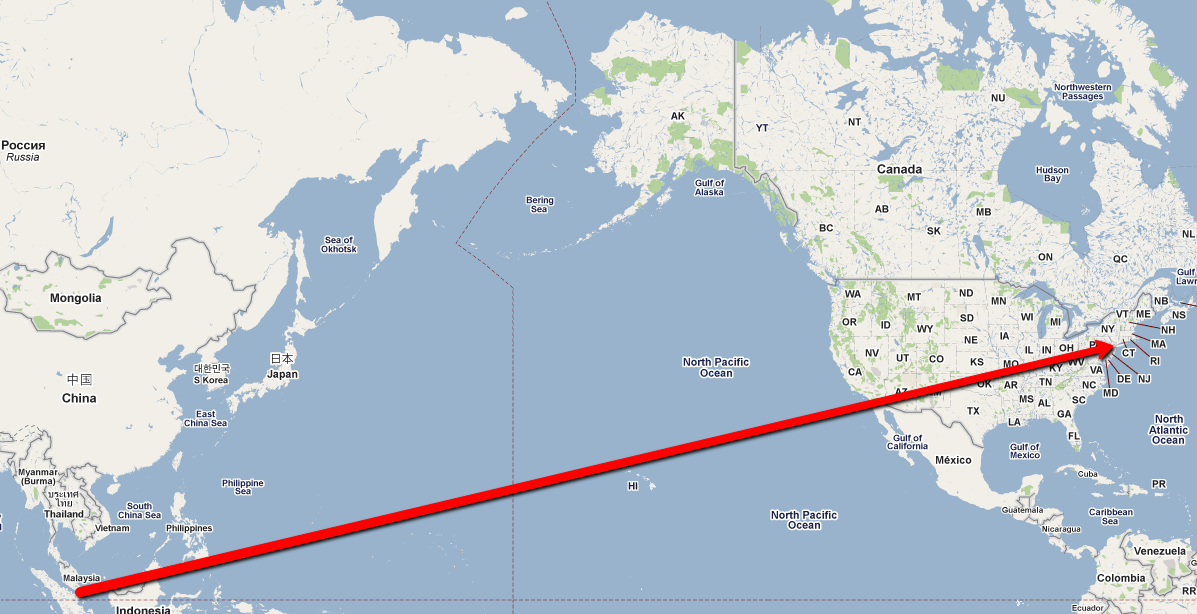 In the future we could see flights from London to Sydney direct covering a total of 17000km! Currently the route is known as the Kangaroo route because flights hop onto different destinations eg London – Singapore – Sydney or London – Hong Kong – Sydney.

Shortest commercial flight in the world

There are many contenders the world over for this record, usually between neighbouring islands or between an island and the mainland, most of these are around 10 – 20 minutes in length like Precision Air’s flight from Dar es Salaam to Zanzibar (15 minutes), or LIAT’s flight between the islands of St Kitt’s and Nevis in the Caribbean (5 minutes).

But the award for the world’s shortest flight goes to an airline called Loganair (they also are the only commercial airline to do a beach landing), this flight is between the islands of Westray and Papa Westray in Scotland’s Orkney Islands with takes less than two minutes from take-off to touch-down. It makes one wonder if it wouldn’t be easier to catch a ferry than fly between the two! Check out this obviously short video documenting the entire flight: