Want to escape the scorching SA sun (and the tourists!) and see somewhere new this summer? There’s always the tried and tested options; Thailand, Mauritius or the UK – but the Turkish city of Istanbul is something a little different. In fact, we’d go as far as to say that if you’re searching for a rand-friendly destination over South Africa’s summer, you absolutely have to visit Istanbul.

Turkish winter isn’t like German winter, or Russian winter. At least, not in Istanbul. You won’t find your boots slowly freezing to the pavement, nor will you realise when it’s already too late that you actually don’t want that cup of hot chocolate because that would mean taking your hands out of your pockets. In fact, Istanbul is positively balmy compared to much of Europe. In November for example, the average daily temperatures range between 10 and 15. Nice and fresh, but not so fresh that it’ll give you cardiac arrest the second you step foot out of the door.

What to see in Istanbul

As a destination, Istanbul is a fascinating city, a melting pot of cultures and influences which is only to be expected from a place which literally bridges Asia and Europe. Cross the Bosphorus river and you’re in a different continent. Cruise down it and you’re smack bang in between the two continents admiring Asia on one side and Europe on the other. Though Istanbul is a fairly affordable city year-round, if you visit during winter you’ll have your pick of hotels, restaurants and activities at ridiculously low prices.

On the European side is where you’ll find the most famous sites; The Blue Mosque, Hagia Sophia, The Grand Bazaar, Basilica Cistern and all the other iconic landmarks. Almost all of them are worth a visit but if you’re on limited time, you can’t skip the Grand Bazaar or Hagia Sophia. 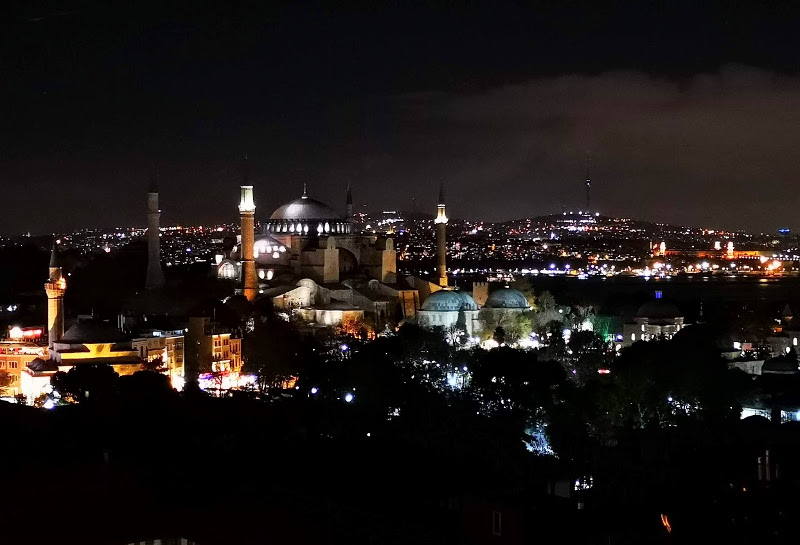 Tips For Buying At The Grand Bazaar

The Grand Bazaar is one of the oldest and largest covered markets in the world and sees an astonishingly large amount of people pass through its doors every day. No visit to Istanbul is complete without a stop here. There’s almost everything under the sun from spices to glassware to clothes and bath products, and it’s a great place to buy authentic Turkish products as well as souvenirs and gifts. Who needs a mall when you have the bazaar?

If you do decide to buy something at the Grand Bazaar – and with so much beautiful stuff, it’s hard not to – then leave your inhibitions at home and haggle the price. It’s not rude in Turkish culture. In fact, it’s expected. Generally, sellers start out with a price way higher than what they’ll actually accept, especially when they spot that you’re not local. You can generally expect to get the price down by anything from 30% to 60%. The best tip is not to buy at the first store you see.

The shops at the Grand Bazaar tend to be grouped into areas of similar products, so get a rough price from one or two stores before negotiating with the one you’re most interested in. The nearer to the main entrance the prices will be higher! Even here, you can pick up some amazing bargains. Pure silk scarves, cashmere shawls, ceramic kitchenware and authentic spices are all far cheaper than they would be in South Africa. 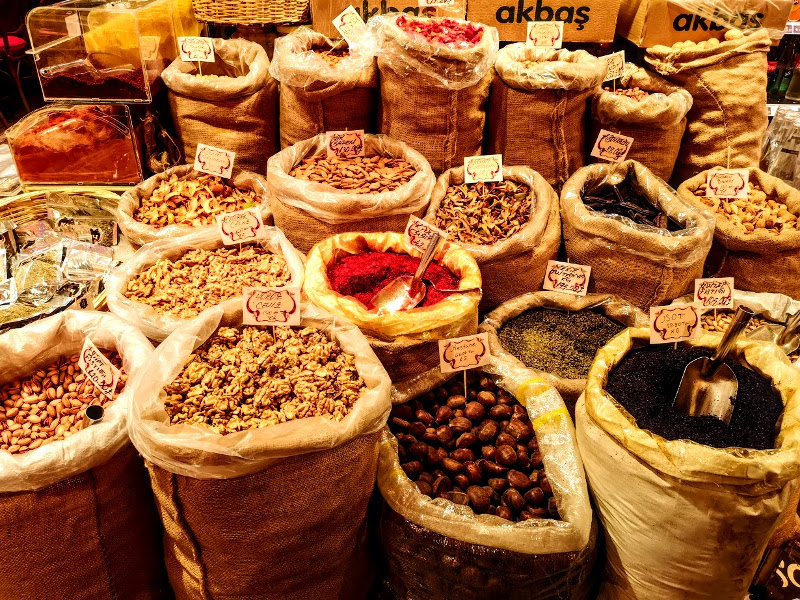 Visiting the Hagia Sophia is a humbling experience. Not only is it imposing in size, it’s also beautifully ornate and possesses huge cultural and historical significance. Initially built as a church in 537 during the Byzantine era, it was the largest building in the world for nearly a thousand years.

In 1453 when the Ottomans gained control of Istanbul, the famous Hagia Sophia was converted into a mosque in 1453. It’s a breathtakingly beautiful place to explore, with huge columns, stained glass windows, towering columns and the giant Quran verses suspended in the air and It has now been serving as a museum for over 80 years where it receives over three million visitors per year! The queues can be very long, so to avoid the queues either get there early, go with a tour guide, or invest in the Istanbul Museum Pass which allows you to skip the line and gives you access to the major attractions. 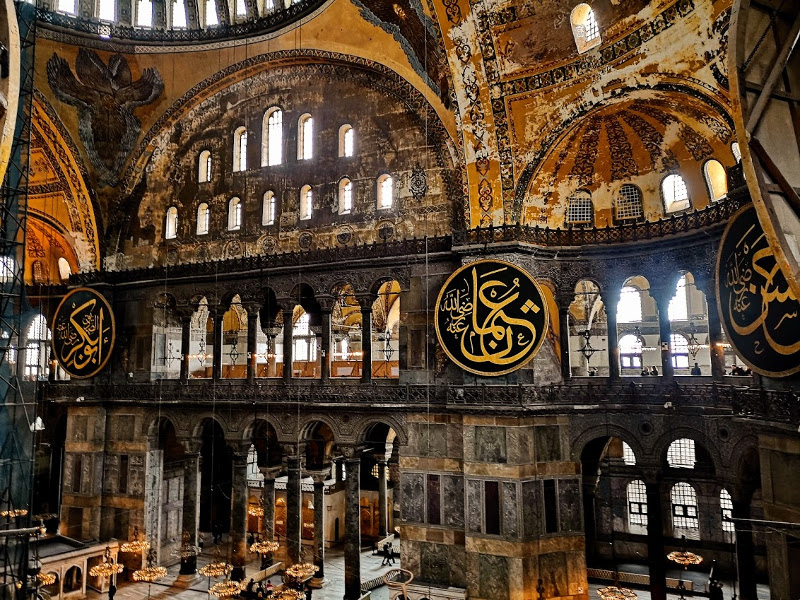 Istanbul certainly doesn’t lack hotels and accommodation, and it can be overwhelming sorting through so many accommodation options in so many different areas but for your first visit, you’re probably going to want to base yourself in the Old Town of Sultanahmet which is close to all of the main tourist sites.

Even with the prime real estate factor, you can still easily stay in a beautiful top-rated hotel for around R1000-1500 per night for two people, with breakfast included. A good option would be Hotel Amira which is located within walking distance of all the attractions and boasts a beautiful rooftop terrace where you can drink in the sights of Sultanahmet – or just drink in your cocktail! If for some reason you prefer to bypass local boutique hospitality and go with a bigger chain hotel, there’s plenty of choice in that department too from Marriott to Sofitel and more.

Indulge in the most delicious food of your life

It’s easy to see that Turkish food has gained popularity across the world, and for good reason; the things you’ve tried at home or on a night out in London really only scratch the surface of Turkish food.  When you visit Istanbul you’ll quickly realise that it is a foodie city of note, up there with Hong Kong, Berlin and Morocco.

It’s hard to walk any street in Istanbul without coming across a food vendor of some kind every few hundred metres; whether they’re selling the famous doner kebabs or enticing you with sahlep, a hot drink made from crushed orchid root.

If you wander the streets in the morning, you’ll see locals munching on simit, something resembling a pretzel. It’s a gorgeous breakfast on-the-go made from freshly baked dough dipped in black sesame and molasses. Bagels, eat your heart out!

Delicious lamb, beef or fish sandwiches can come as cheap as R15, with wraps, kebabs and all manner of pastries ranging from R10 to R40 for a very hearty meal. Everything is freshly prepared in front of you, and you’ll be salivating just at the smell. For dessert, you can feast on hot halva encased inside cold Turkish ice-cream served from a street vendor outside the spice bazaar, the perfect sweet treat for any season. 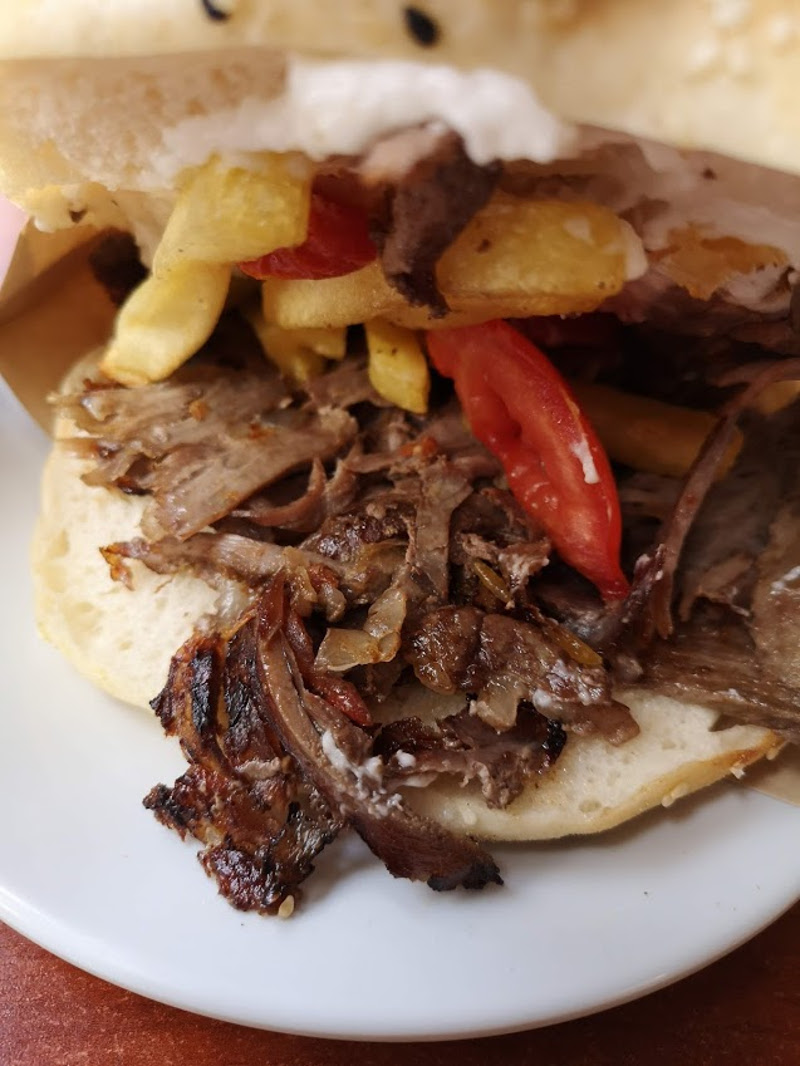 …and all the other food too

The street food is undeniably delicious, but even for the fine dining fans Istanbul doesn’t disappoint. In the recent World Restaurant Awards, the Istanbul-based Mikla came in at number 40. It’s by far the cheapest restaurant on the Top Fifty list, with the tasting menu starting from only R750. Not bad for one of the top fifty restaurants on the entire planet!

Another thing you absolutely cannot skip when in Turkey is, of course, Turkish delight. Visit Hafiz Mustafa for an elegant and reserved buying experience or brave the grand bazaar or spice bazaar for a more local one. It makes the perfect gift so do remember to pack a couple of boxes of the sweet treats to bring back home for those who weren’t lucky enough to make the trip with you.

The best thing about Turkish cuisine is that whether you want to eat off fine china and starched white linen or use your hands on a busy street corner, you’re guaranteed to be able to find something which is satisfying and delicious.

It’s true that money spent on travel is the only kind of spending that makes you richer; but a holiday in Istanbul is the best of both worlds. Culture, cuisine, and memories to last a lifetime without the big spending.

What are you waiting for? Book cheap flights to Istanbul now.