The best time to visit Madagascar depends on what you’re hoping to see and experience on this one-of-a-kind island. This rarely visited destination excites all the senses with its exotic nature, including troops of lemurs, baobab trees lined along arid roads, lush rainforests and white-sand beaches.

Madagascar is not an easily traversed destination but those who make the effort to explore it are well-rewarded with a memorable encounter! The island boasts an array of activities to do on this Indian Ocean destination and surreal landscapes to explore.

We’ve come up with a thorough guide on what you’ll need to know before visiting Madagascar, including the weather, daylight hours, sea temperatures, flight prices and annual events! 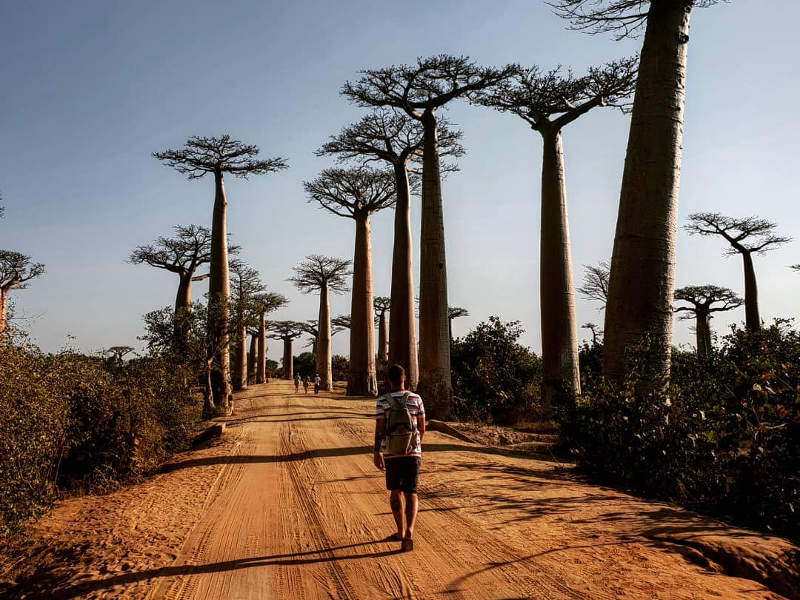 Madagascar has a tropical climate, with a hot and rainy season occurring between November and March (summer), and a cool dry season from May to October (winter). The altitude and geographical positions result in a vast difference in temperatures throughout the various regions. Madagascar’s north region is described as hot and humid, the east coast experiences much more rains than the west coast, while the far south and southwest is a semi-arid region which experiences extremely little rainfall throughout the year. Deciding when to go to Madagascar will largely depend on your itinerary and where in Madagascar you would like to go! 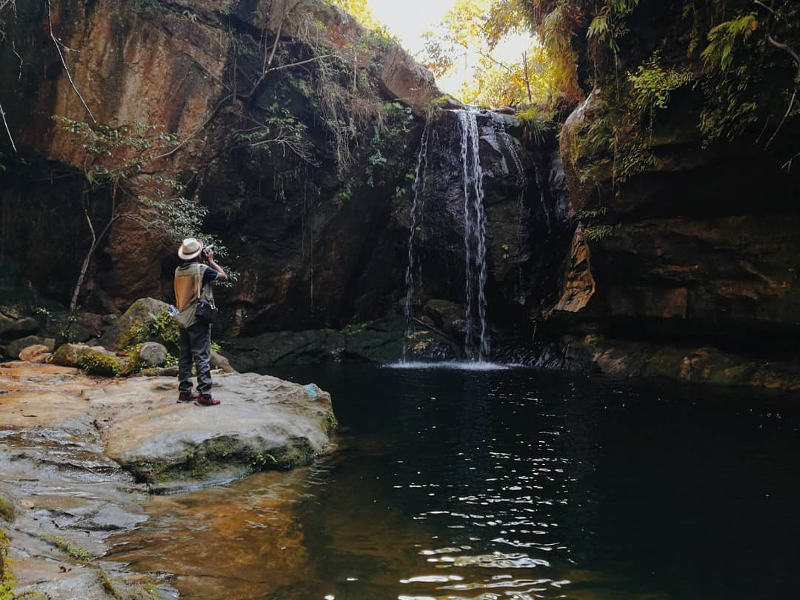 Madagascar’s summer (November – March) is considered the wet season. It rains throughout the island, although the arid west and southwest do not experience many rains. January to March witnesses heavy rain and most parts of the country are difficult to get to as roads are muddy and become impassable. February brings a high risk of fierce cyclones, particularly in the northeast of Madagascar, so plan your travel around this. During the cyclone season bridges are broken, roads and riverbanks are swept away, which is why this is not the best time to visit Madagascar’s east coast and highlands.

Highlights of the wet season:

Accommodation is cheaper and there are fewer tourists if that’s what you’re hoping for during your Madagascan holiday. This is the best time to visit Madagascar for spotting animals like chameleons, lizards and snakes. November is a great time to take beautiful photographs of the surrounding, bright and vibrant flora that’s endemic to Madagascar. Head to Andasibe National Park and hear the calls of the indri, the largest lemur, upon an early morning walk. 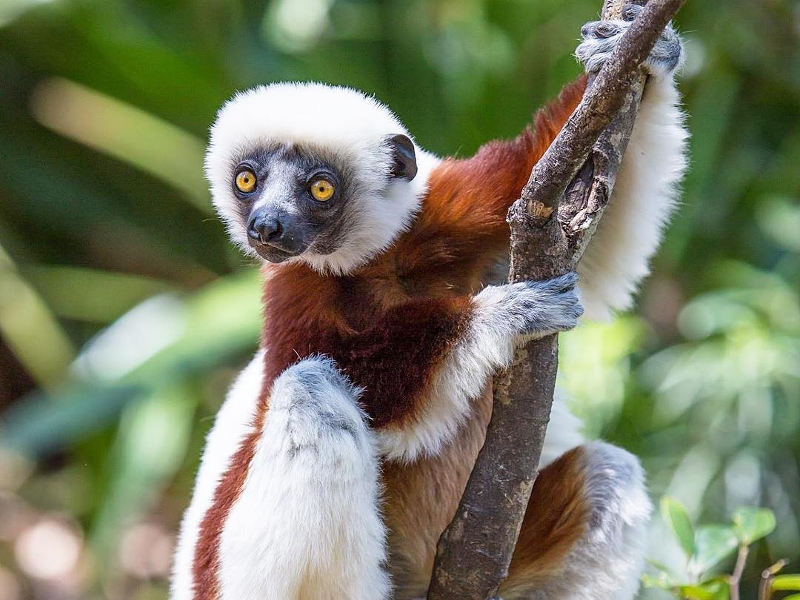 The dry season (May – October) is considered the best time to visit Madagascar. Madagascar’s dry season falls in the winter months, however, the island’s winter season is not to be mistaken for gloom and cold. Winter on the island signifies the end of the rainfall and humidity, and it welcomes cooler temperatures.

On the east coast, it rains all year round, but the sunniest period is in the winter months between May and August. Nosy Be offers maximum temperatures of 30°C.

Navigating from one part of the island to the next is easier during the dry season as roads aren’t muddied by constant showers. Expect light drizzles which help you to cool down. At night, the temperatures decrease dramatically often reaching as little as 10°C in Antananarivo. Do not forget to pack some warm clothes when visiting during the dry season.

In the south, temperatures average around 25°C from June to September. July to August is peak season in Madagascar and it is advised to book your accommodation and tours well in advance to avoid disappointment.

Highlights of the dry season

Spot humpback whales as they migrate from the Antarctic to the surrounding Île Sainte-Marie waters. The dry season welcomes migratory birds which can be spotted at Andasibe, Mantadia and Ranomafana National Parks. September to October is a great time for nature lovers to visit Madagascar as the island’s wildlife graze the lands freely. 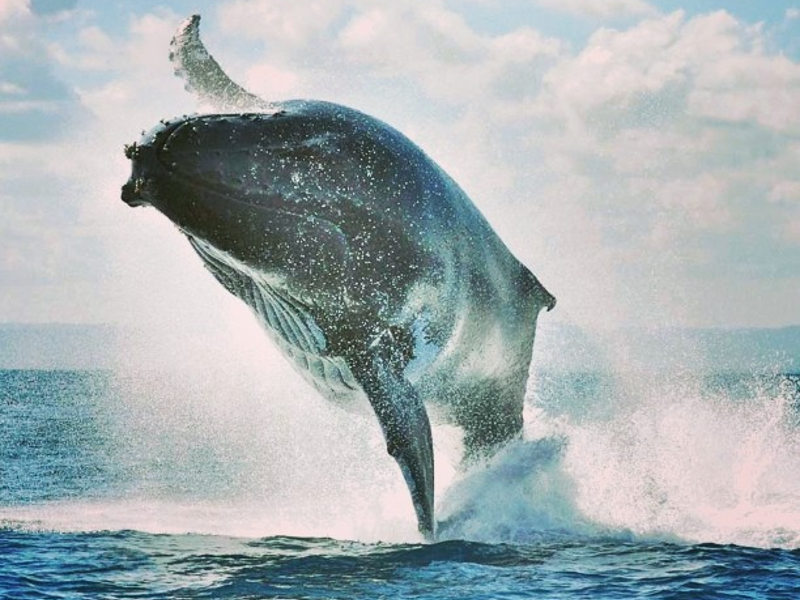 Madagascar’s daylight hours increase as the summer/rainy season approaches. During summer, you can expect up to 13 hours of daylight, while in the winter months (from April to September) you’ll be exposed to an average of 11 hours of daylight.

If you’re visiting Madagascar’s east coast, expect sea temperatures to fall slightly from 28°C to 24°C from July to October.

Madagascar’s diving season is year-round, but for the best sightings of marine life like whale sharks, manta rays and dolphins consider July to September to enjoy the island’s water at Nosy-Be, Île Sainte-Marie, Paroi des Merou and Pointe Alebrand. Water activities along with diving include snorkelling, deep sea fishing, windsurfing and kayaking.

How much are flights to Madagascar?

The peak season for travelling to Madagascar is in the winter months of July to August. This is no surprise as the weather is beautiful and pleasant with fewer chances of rain. You can expect to pay up to 20% more for flights.

The shoulder season is a great time to visit Madagascar as you experience the climate transition from wet and humid to dry and cooler temperatures. You can also save up to 23% on flights when you choose to fly during the shoulder months of April to June.

During the low season, you can save up to 28% on flights. Although, you should keep in mind the cyclone season in February.

Plan ahead, book your flights and accommodation in advance to get the best deals!

Celebrate the new year with the Malagasy people. Enjoy street parties on the island with a showcase of age-old traditions and tremendous enthusiasm.

The Santabary Festival (late April-early May)

During the Santabary Festival, the locals give thanks for the year’s first rice harvest. The Malagasy people celebrate with traditional music, dance and custom cuisine.

Held in Nosy Be, it is the largest music festival in the Indian Ocean region. The festival welcomes over 50,000 eager festival-goers, including fellow Nosybeans and visitors.  Experience this 4-7-day music and cultural festival, which seeks to celebrate the unity of the people living on the island.

This jazz festival in Madagascar has been running for over 25 years, and visitors are treated to many jazz artists and bands from around the world, sharing the stage with their local counterparts. Madagascar, along with South Africa and Cameroon is one of the first African countries to have a dynamic and lively jazz scene, so you don’t want to miss out. 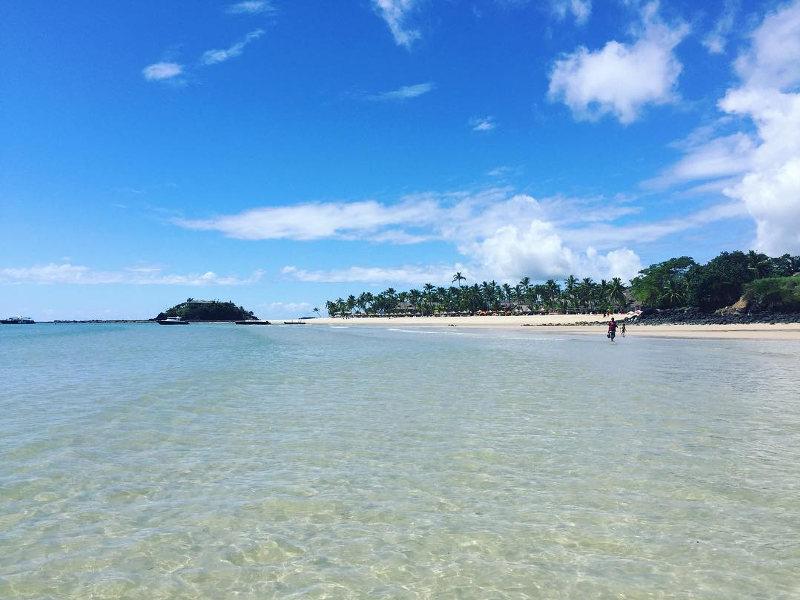 Scarcely traversed Madagascar surely does reward all who visit. The island, which is home to the Malagasy people, lemurs, chameleons, baobabs and emerald rainforests is a must-visit destination!

What is your idea of the best time to visit Madagascar to capture it in all its glory? Share your thoughts in the comments below.

Sign up to Travelstart’s newsletter for the latest flight specials to Madagascar and other exciting destinations.

Inspired to see this incredible island? Find cheap flights to Madagascar with Travelstart!