Drum roll please, the results are in, the people have had their say and due to popular demand the low-cost domestic carrier FlySafair has extended its routes to include the coastal cities East London and Durban.

The routes you’ve been waiting for are finally here with FlySafair.

FlySafair have put the public first by running a voting campaign to see which routes are preferred. In a poll which saw  more than 20 000 South Africans voting, East London to Cape Town proved to be the most popular choice with Durban to Johannesburg coming second, Durban to Cape Town third and East London to Johannesburg coming fourth but almost tied. 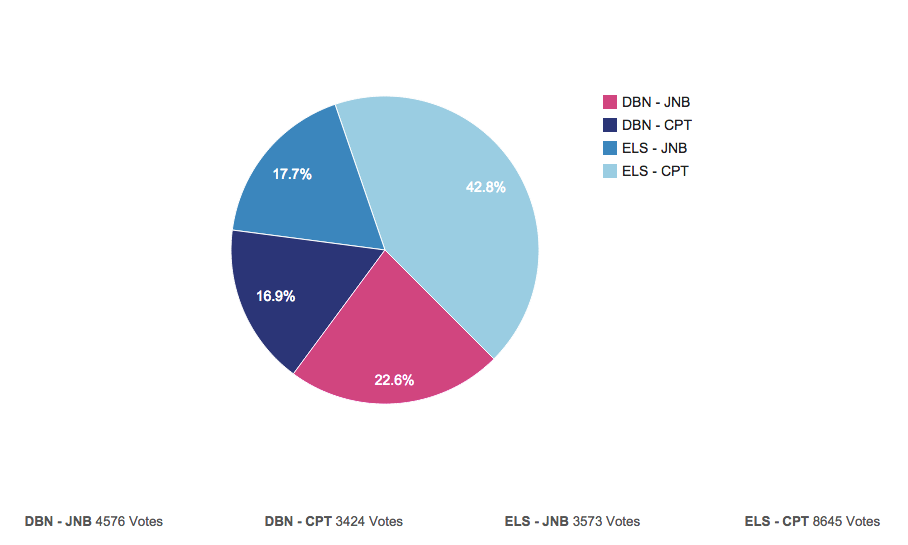 Hand luggage up to 7kg is included in the price of your ticket.

FlySafair have reduced fares by up to 39% on some routes they operate and have seen a corresponding increase in demand of up to 132% on some routes. And they’re bringing a refreshing competitive edge to previously unoperated routes.

How often will they fly?

In keeping with the spirit of a true low cost carrier, FlySafair do things a little different than what most of us are accustomed to. Although it is standard practice in Europe for low cost airlines to charge extra for pre-seating and checked baggage, FlySafair is the first South African airline following this model. The cost is R250 for one 20kg piece of checked luggage and R150 if you pre-order through Travelstart.

To date FlySafair have operated almost 4200 flights and transported more than 450 000 people. Their ACSA-measured on time performance is the best of all domestic airlines year to date at 95%. It’s encouraging to see FlySafair using their low cost carrier model to the customer’s advantage as well as for their own expansion. This introduces much-needed competition between low-cost carriers. The bottom line is customers get to fly more often for less.