Travelstart has you covered when it comes to getting there and enjoying the unmissable highlights on offer. Return flights to gateway cities such as Bangkok, Hong Kong and Jakarta are very reasonable, plus the rand is still strong in Southeast Asia, which keeps ancillary costs low. 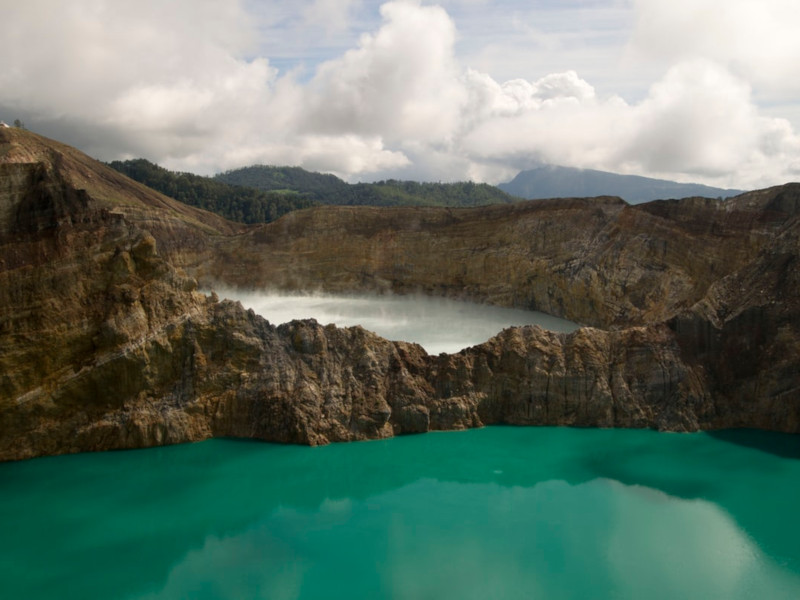 Visit the exotic jewel-coloured lakes on Flores island in Indonesia. The three lakes include ‘the enchanted lake’, ‘the lake of elders’ and ‘the lake of young men and maidens’. The outstanding bright colours are a result of oxygen. When oxygen is limited the lakes appear green, but at other times they can appear red or even black. Get there with cheap flights to Jakarta, the gateway to Indonesia. 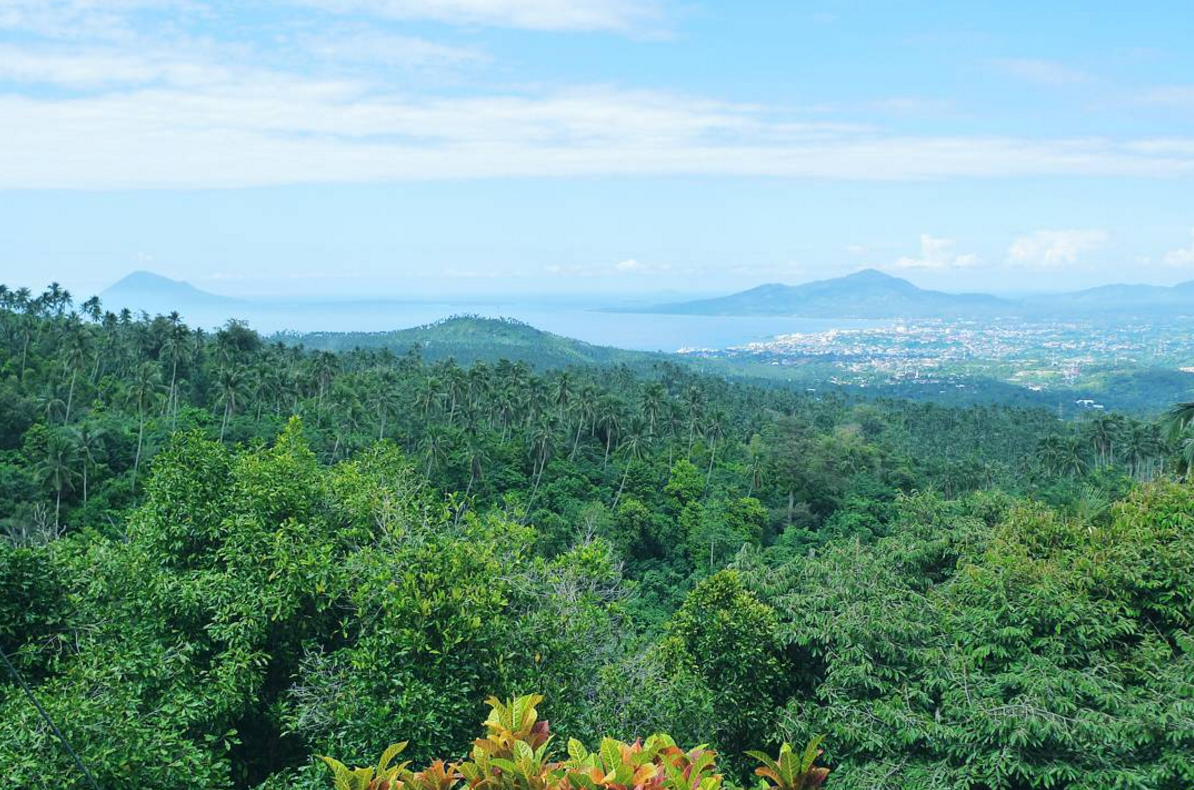 This is the ideal destination for snorkellers and divers. Visit the Bunaken Island National Marine Park for a world-class marine experience with coral reefs that teem with life, from seahorses and squid to nudibranchs. 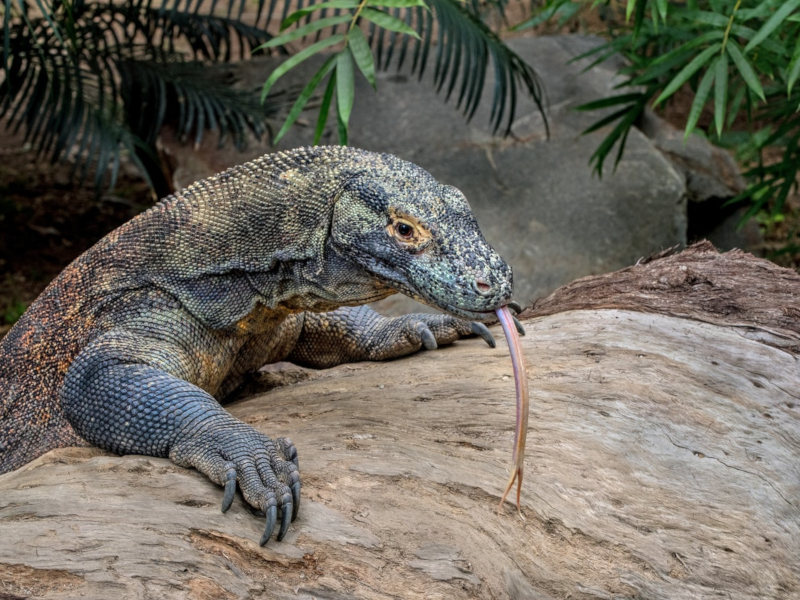 Situated in the Lesser Sunda Islands, come face to face with the world’s largest lizard – the mighty 3-metre long Komodo Dragon – at Komodo National Park! A UNESCO World Heritage Site, the national park has also been nominated as one of the New7Wonders of Nature. 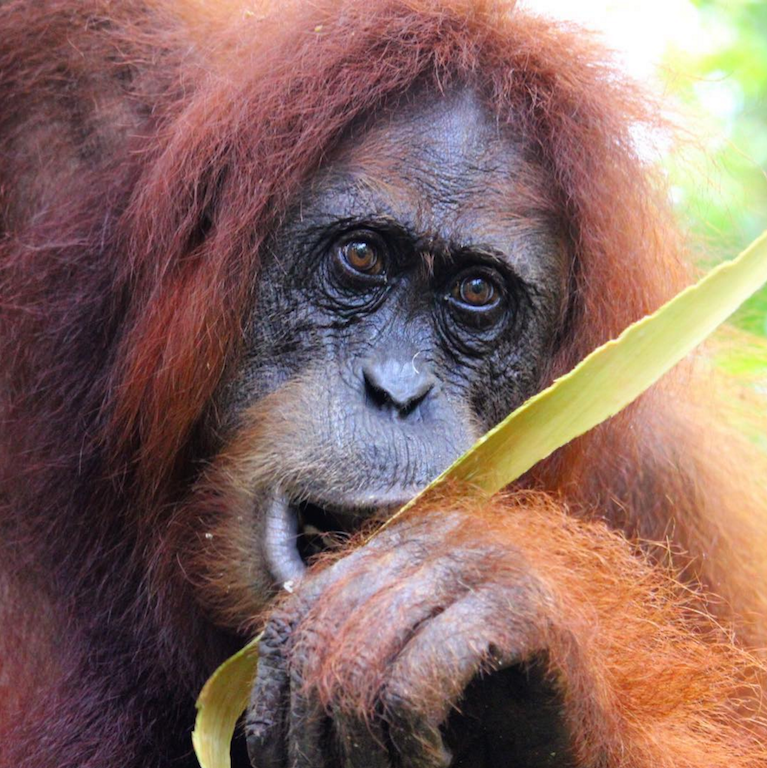 Travel to the Bohorok Orangutan Rehabilitation Centre in Bukit Lawang. Fringing the Gunung Leuser National Park, the centre’s rehabilitation programme is no longer operating but you can still view the orangutan feeding sessions behind the centre twice a day. You can also go trekking and tubing on the Bohorok river. 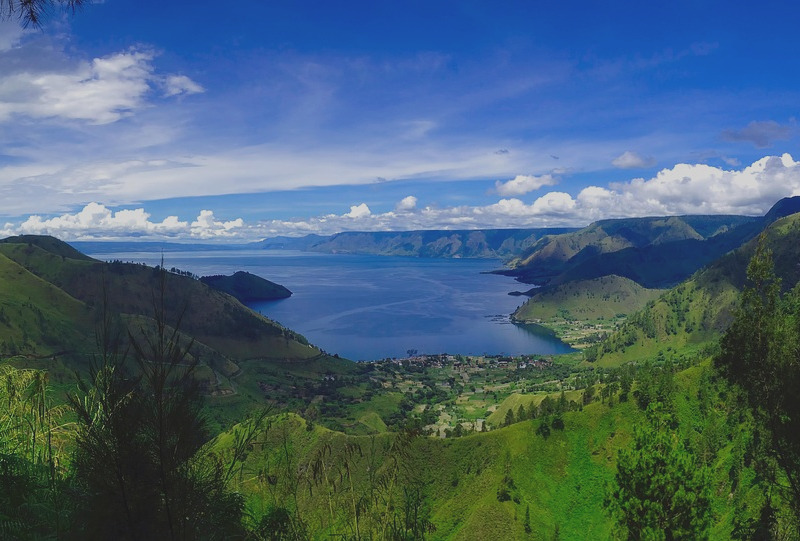 The largest and deepest volcanic lake in the world, Lake Toba is located on the island of Sumatra. Explore the surrounding hot springs, volcanic landscape or visit an ancient Batak village and enjoy traditional Batak song and dance. 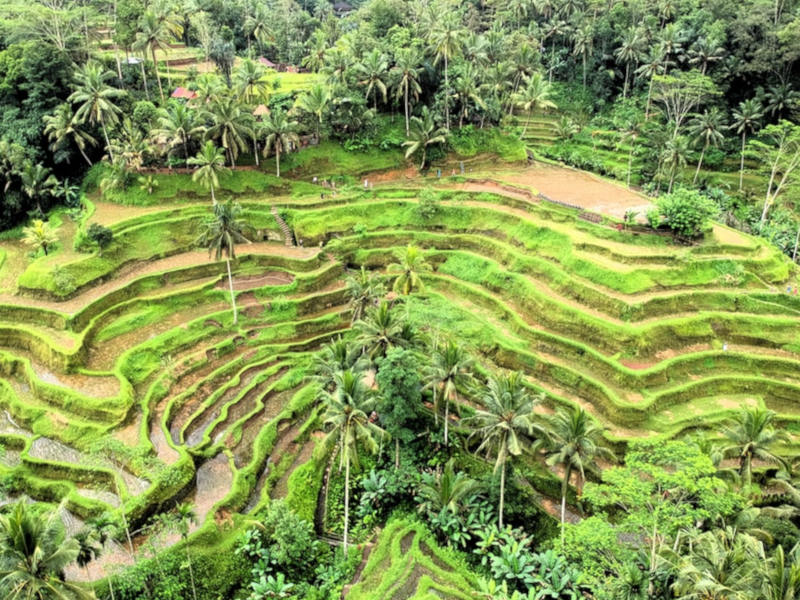 Experience traditional Balinese culture in Ubud. Sample the cuisine of Bali in all its glory, visit emerald-green rice fields and take in the art and architecture synonymous with this tropical paradise. 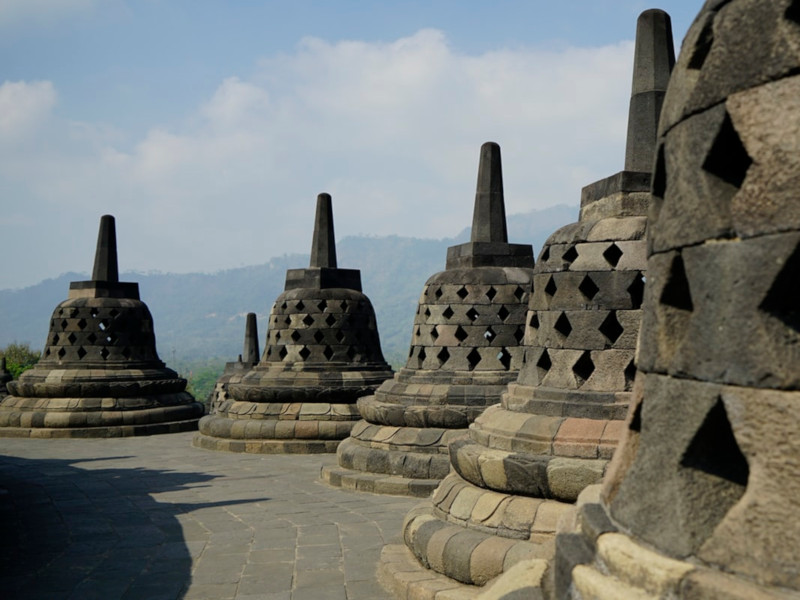 Dotted with gorgeous beaches and historic temples, Southern Java is home to the region of Yogyakarta. A visit to the mesmerizing Yogyakarta temples and geo-heritage sites is not to be missed. 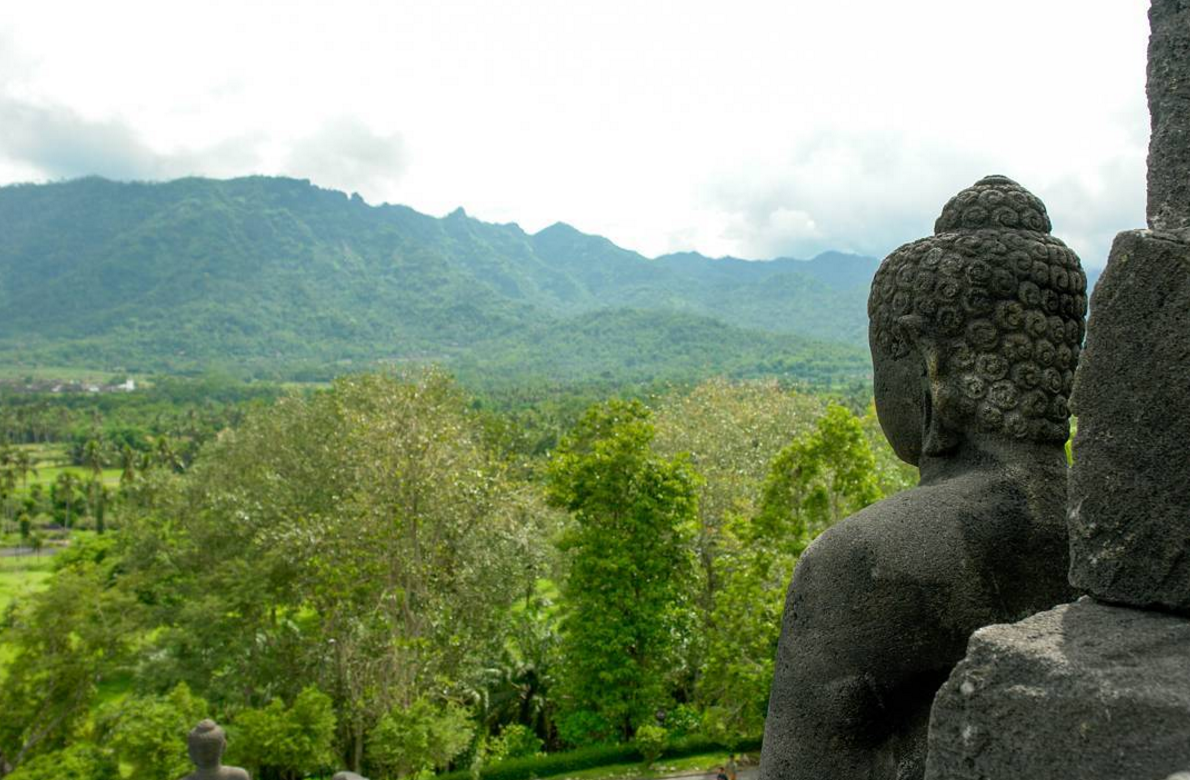 The famed Buddhist temple, Borobudur, is one of the greatest monuments in the world, possibly rivaling Angkor Wat and Machu Picchu. The temple dates back to the 8th century and is a stepped pyramid structure with terraces, platforms and a recognisable stupa. 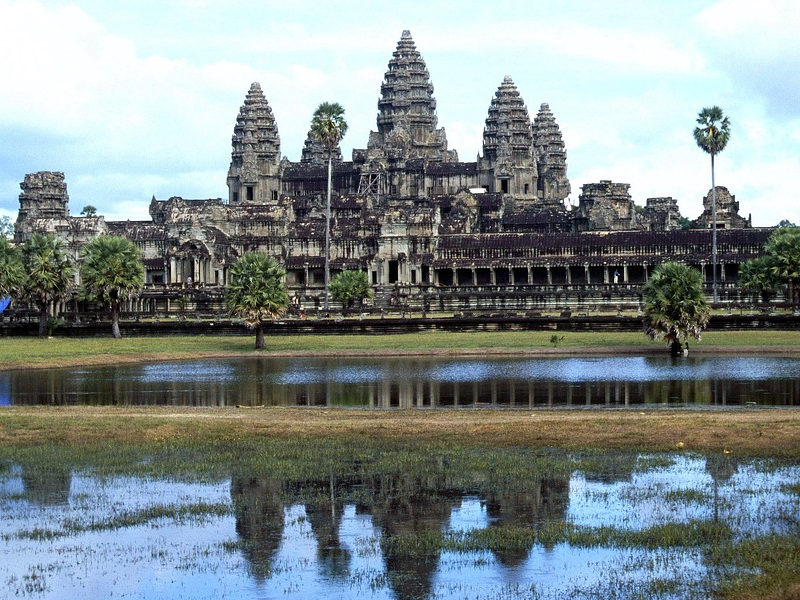 The largest temple complex in the world, Angkor Wat is nestled in the forests of the Siem Reap province, within the Angkor Archaeological Park. The intricate architectural remains are UNESCO protected. Get there with cheap flights to Siem Reap. 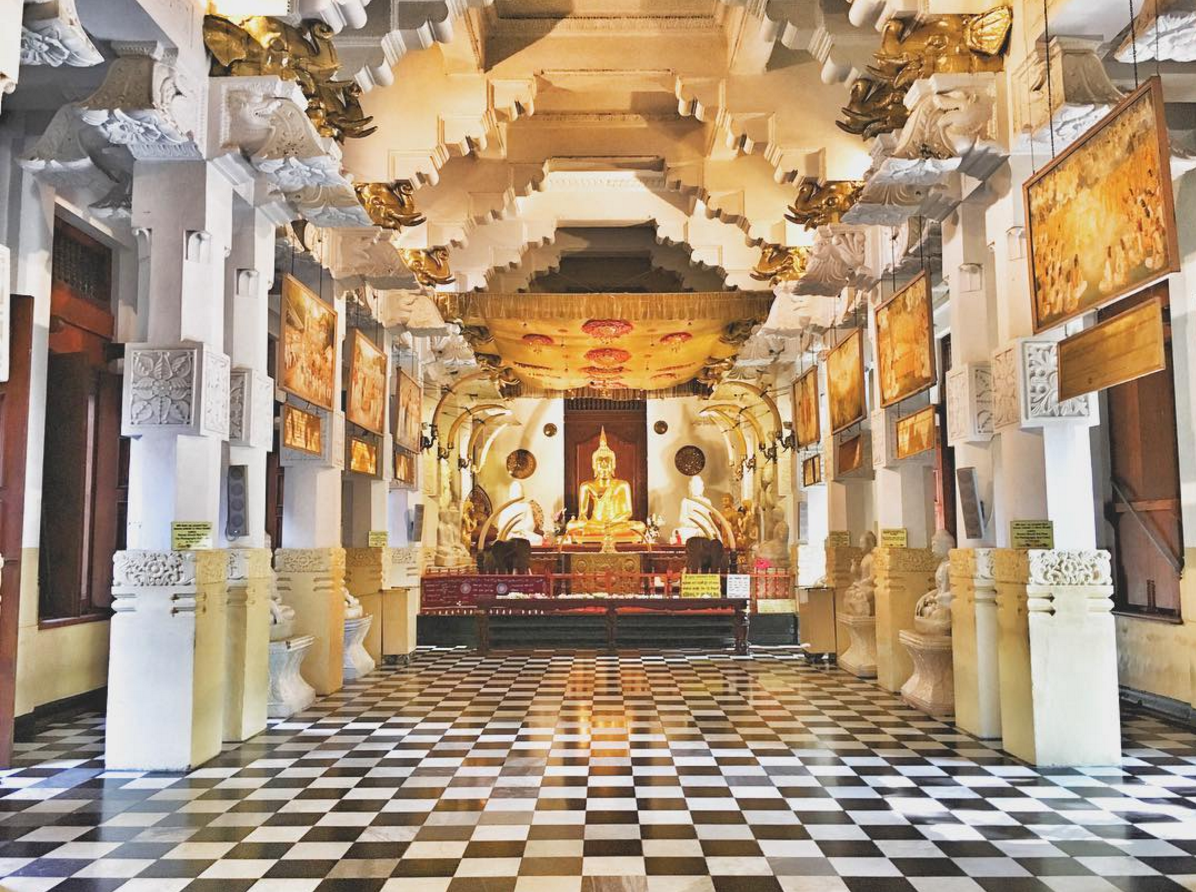 The temple of the tooth houses the relic of the tooth of Buddha and is found in the Royal palace complex of the former Kingdom of Kandy. The relic has played an important role in politics as it is believed that whoever holds the relic holds the governance of the country. Look out for the amazing mosaics. Get there with cheap flights to Colombo. 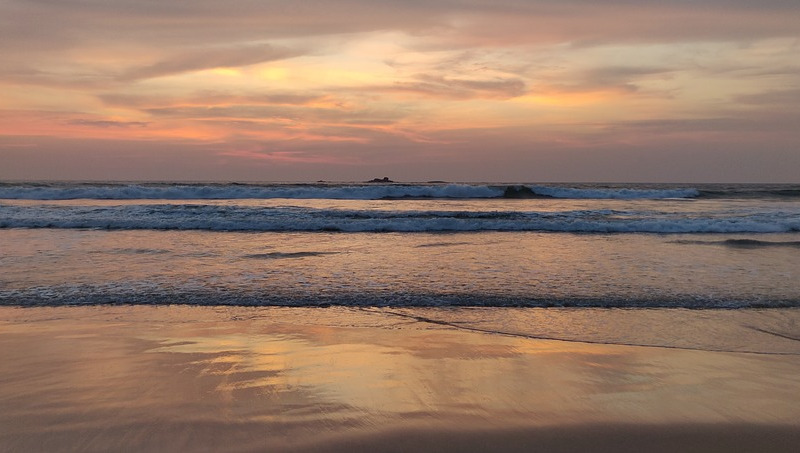 Aside from the unspoiled beaches, you can also scuba dive, snorkel, buy beautiful hand-loomed batiks, Sanni masks and make some time to see the traditional dancing. 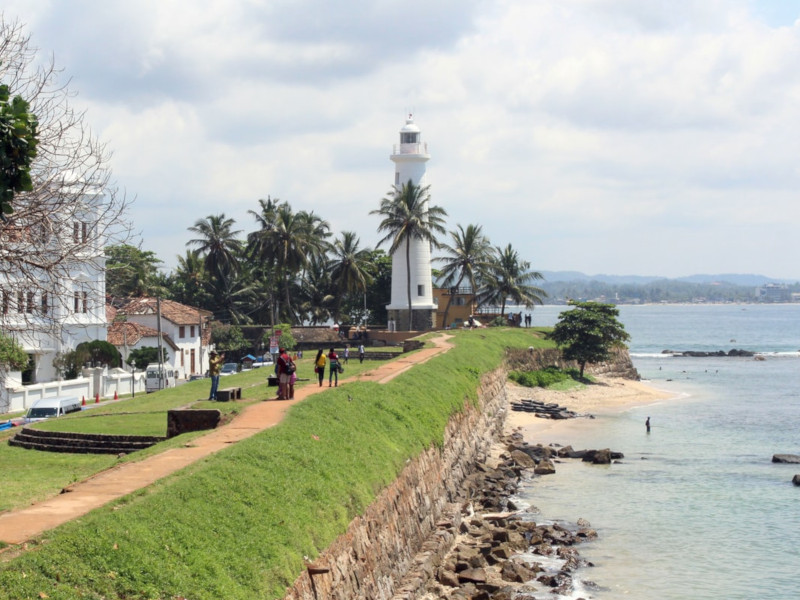 This coastal city is a feast for the eyes with well-preserved European architecture and beautiful beaches. Look out for the Dutch Fort and Unawatuna beach. 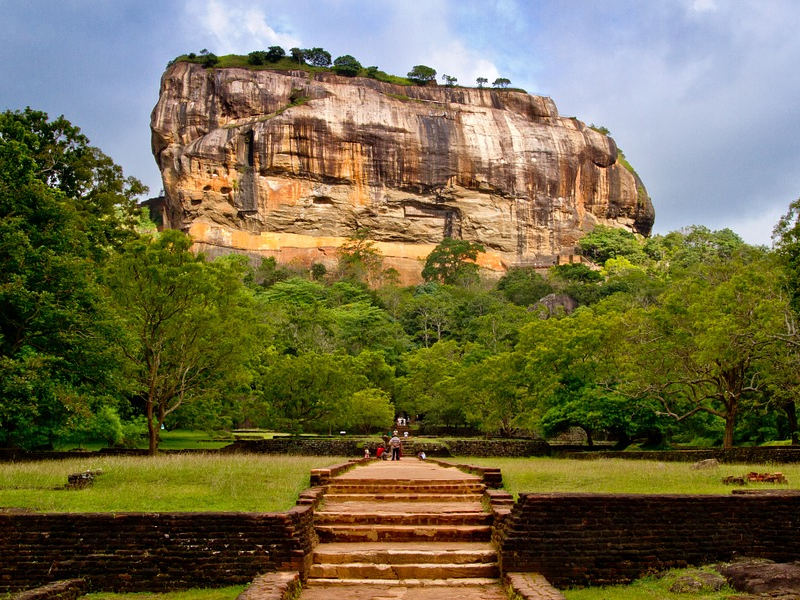 Also known as Lion Rock, the ancient rock fortress of Sigiriya is just 3 and a half hours from Colombo. The fortress is known as one of the 8th wonders of the world as declared by UNESCO. 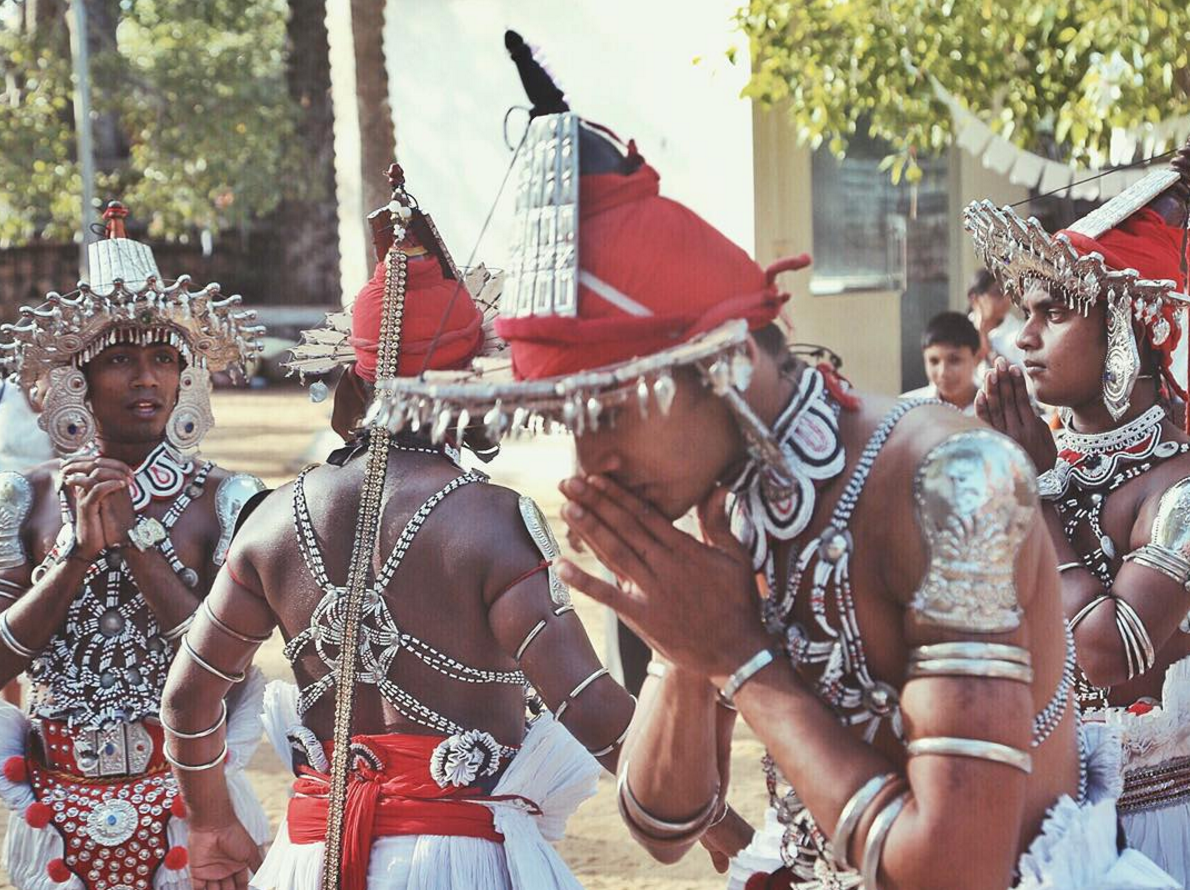 The royal capital of 113 kings is a UNESCO World Heritage Site and was hidden for centuries in thick jungle. Look out for grand palaces, monasteries, stupas and well-preserved monuments. 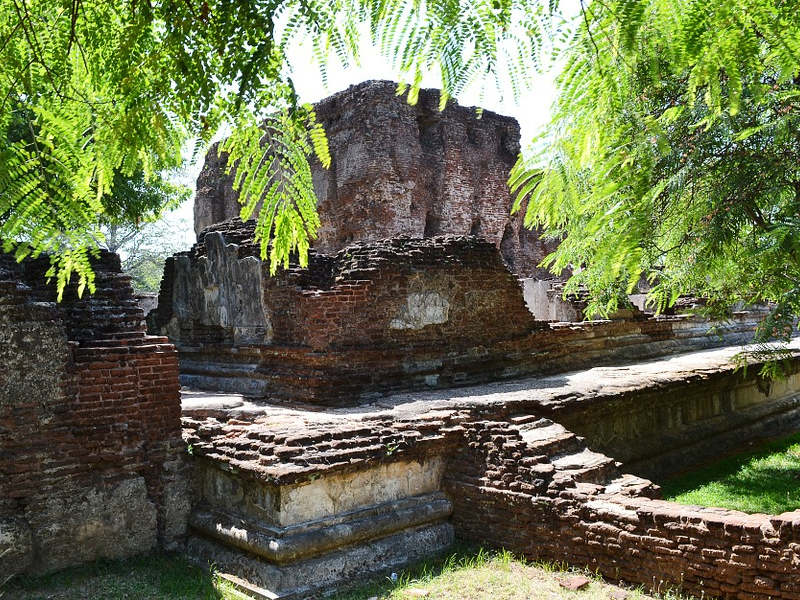 Impressive brahmanic monuments stud the ancient city of Polonnaruwa, in a lush garden-city setting. The ruins are another UNESCO World Heritage Site. 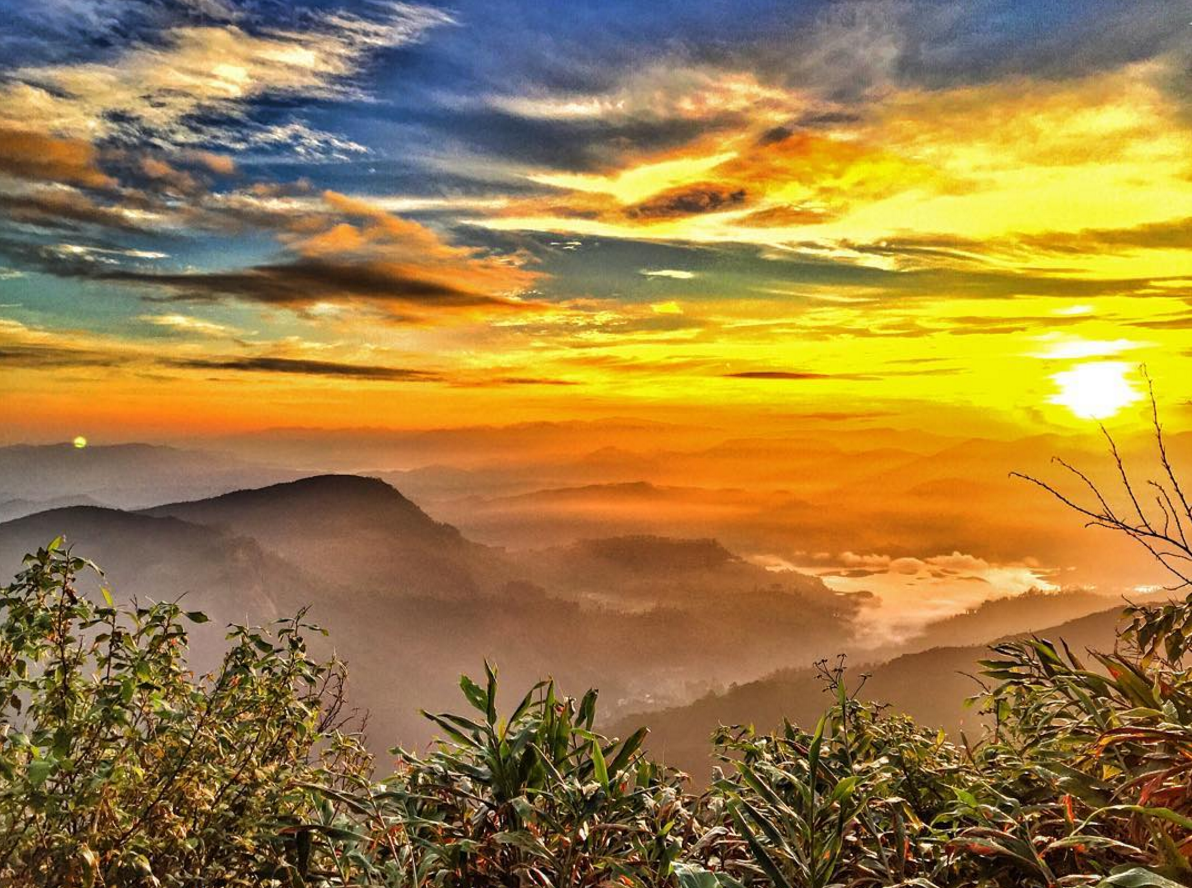 Climb the second highest peak in Sri Lanka along with other pilgrims seeking the location of Buddha’s footprint, which is believed to be situated on the peak. The sunrise is one of those once-in-a-lifetime moments. 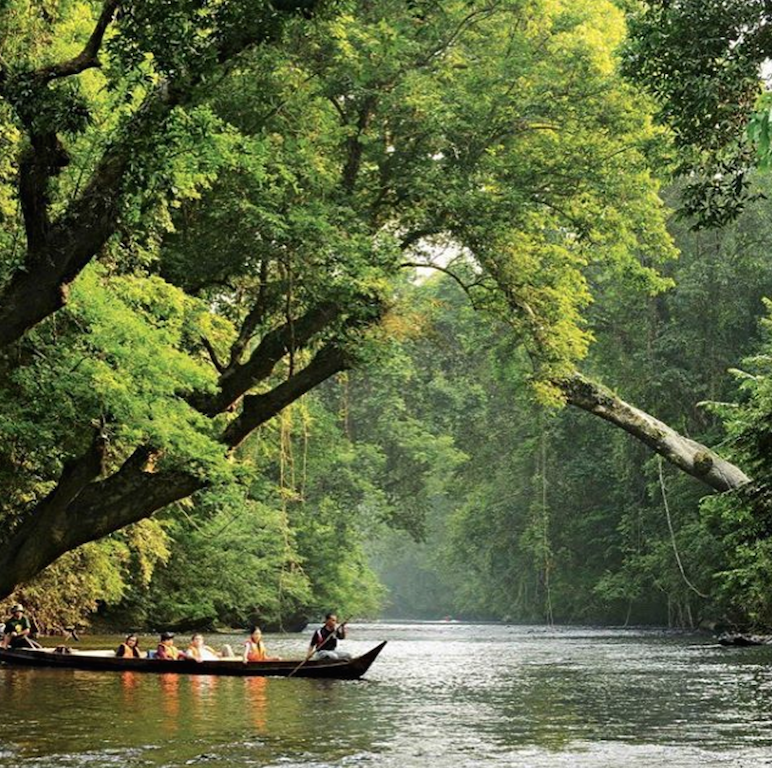 The last remaining tropical rainforest in Sri Lanka, if you’re lucky you may spot a rare Sri Lankan leopard or a purple-faced langur monkey. 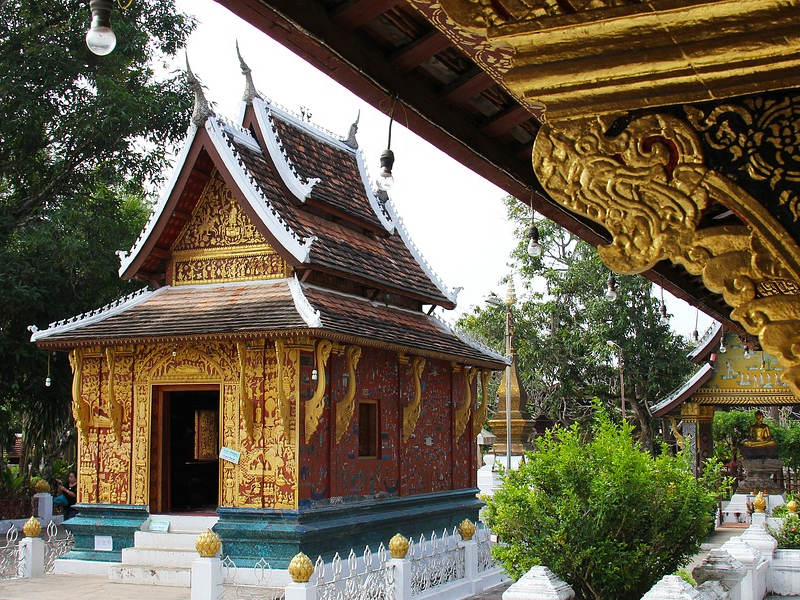 This charming city is tucked in a green valley with the Mekong river winding peacefully past. French architecture from Indo-Chine era meets ornate stupas and temples. The best way to visit Luang Prabang is by boat or a train from Bangkok to the capital Vientiane, then bus over the mountains. 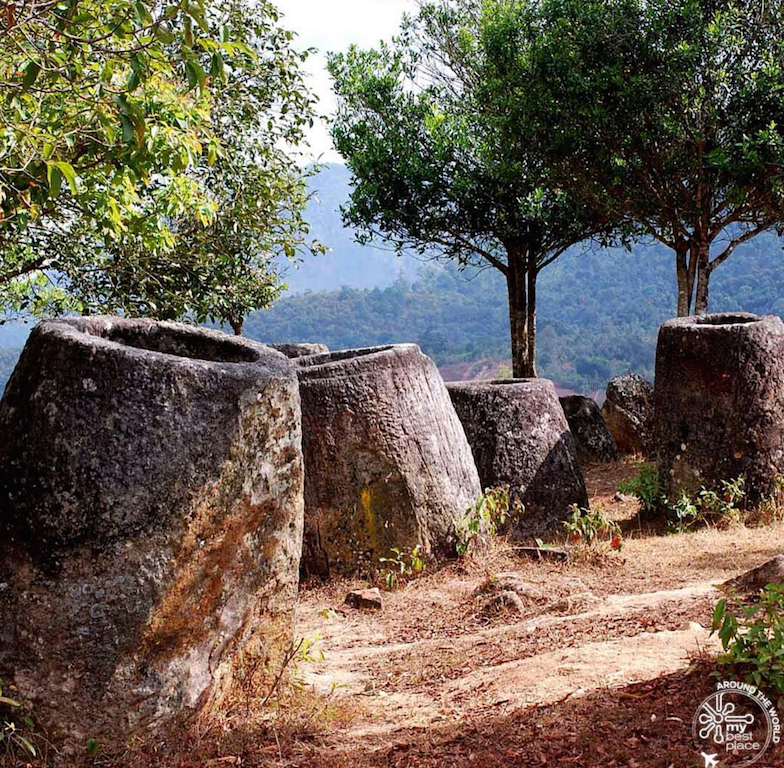 Some of these stone jars weigh up to 1 tonne and they remain one of the great mysteries of the ancient world. As a result of the Vietnam War, there are unexploded American bombs in the area, but large sections have been cleared for visitors. 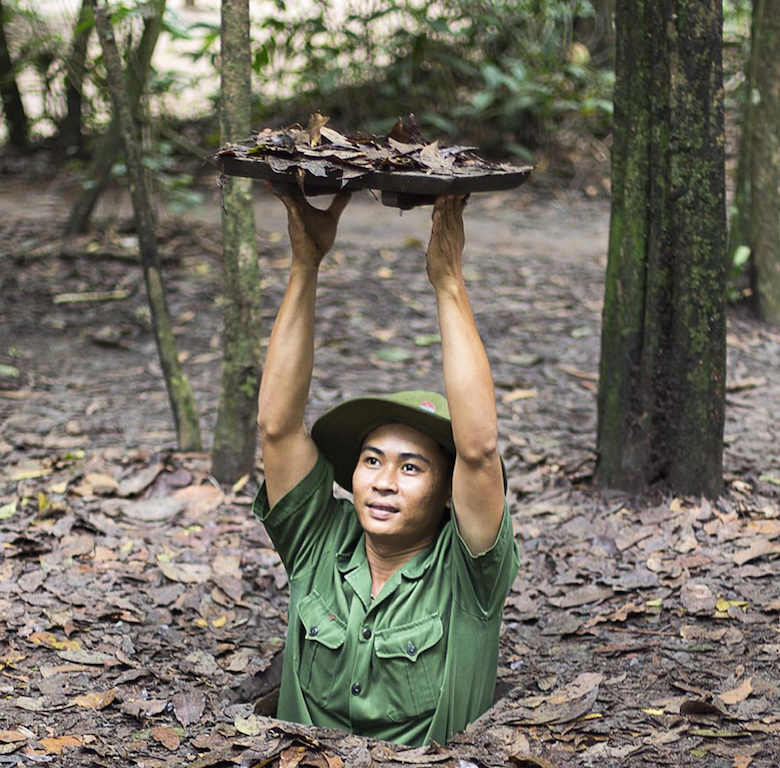 History buffs will enjoy this informative tour of the harrowing Củ Chi tunnels. Of course, there is the fabulous Vietnamese food, art and hectic pace of Ho Chi Minh to attract those more interested in the present. Get there with cheap flights to Ho Chi Minh City. 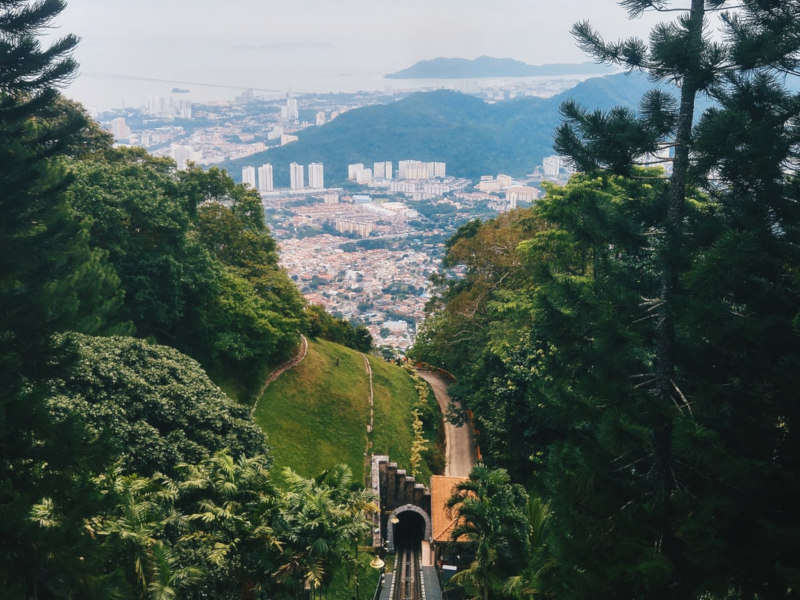 Take the Swiss-engineered funicular railway up the steep hill to an impressive view of bustling Georgetown. The food is as much of an attraction as the views so be sure to sample Malaysian cuisine from street stalls and markets. Get there with cheap flights to Penang. 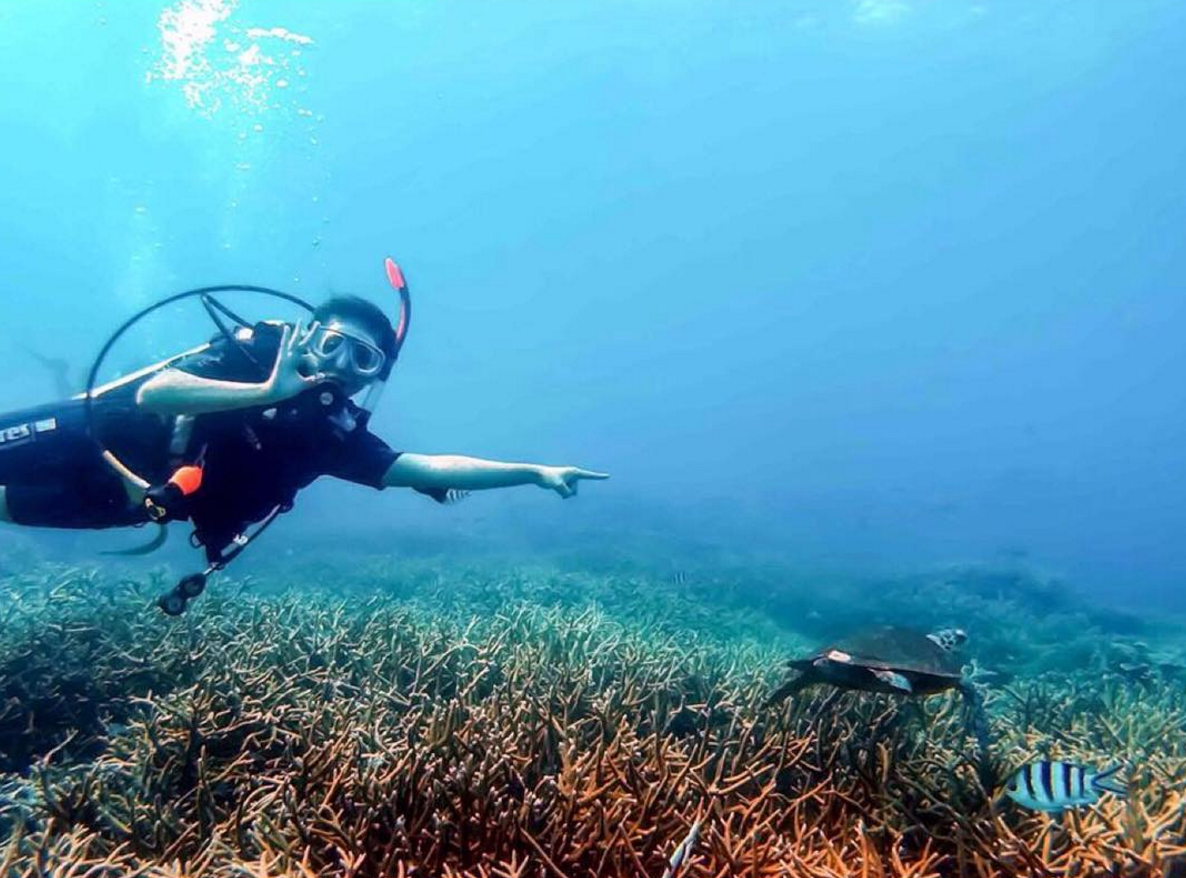 The largest island in an archipelago of 60 volcanic islands, Tioman is brilliant for diving. You can walk the island in a couple of hours through unspoilt forest. 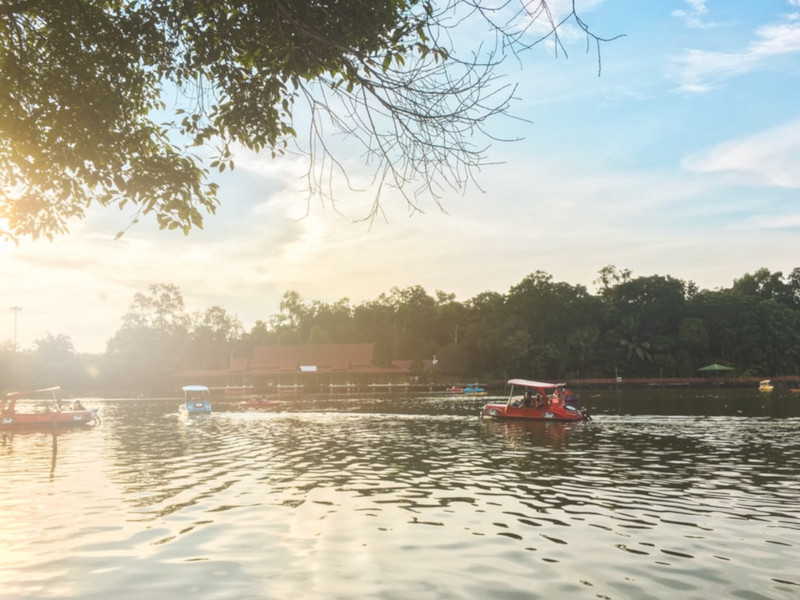 The world’s oldest rainforest – at 130 million years old – is also the largest in Malaysia. Visit Taman Negara National Park to experience what vegetation was like when dinosaurs roamed the planet.

How to get there: By road to Kuala Tembeling then by boat to Kuala Tahan. 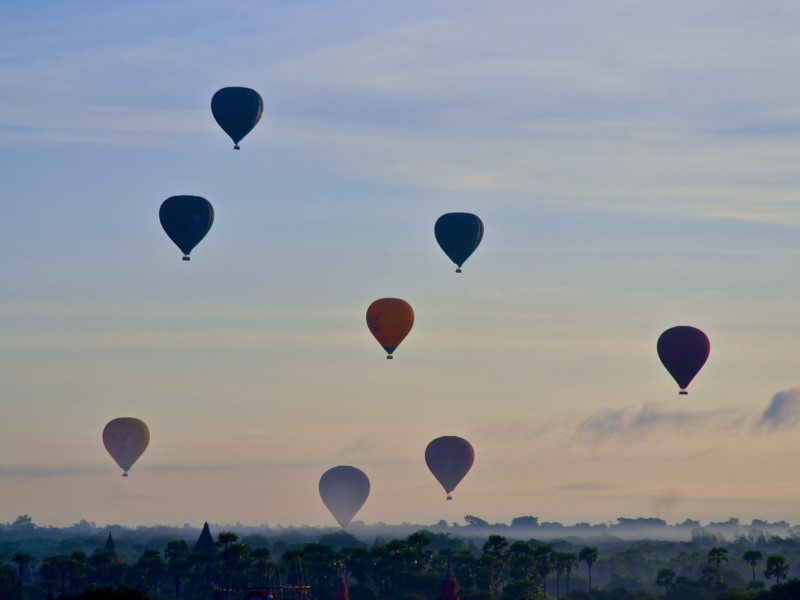 Rise at dawn to watch the temples of Bagan appear against the backdrop of a brilliant sunrise, by hot air balloon. Hot air balloon trips can cost in excess of 300 US dollars a trip, but are well worth the extra coin. Get there with cheap flights to Yangon. 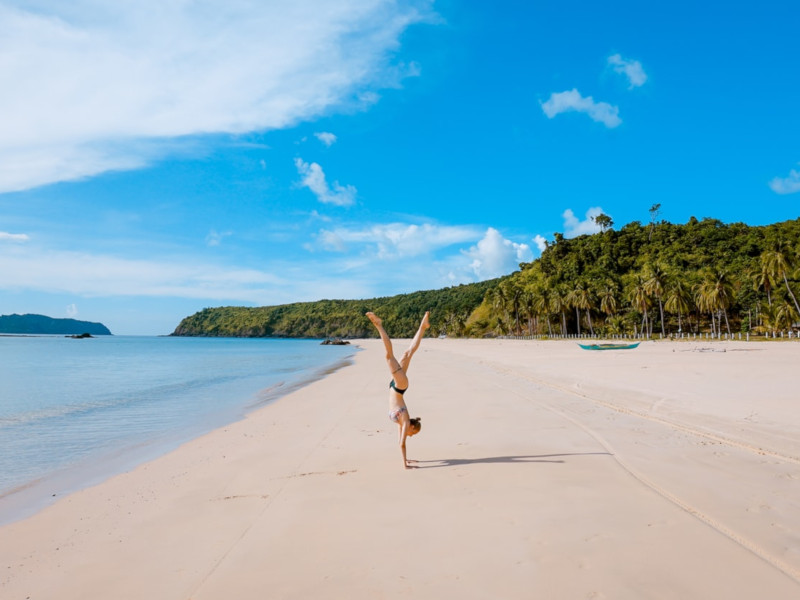 Palawan island is a true paradise with pristine beaches and tropical forests. The Japanese shipwrecks from WWII are of interest as is the Calauit Wildlife Sanctuary and the Subterranean National Park. Get there with cheap flights to Cebu. 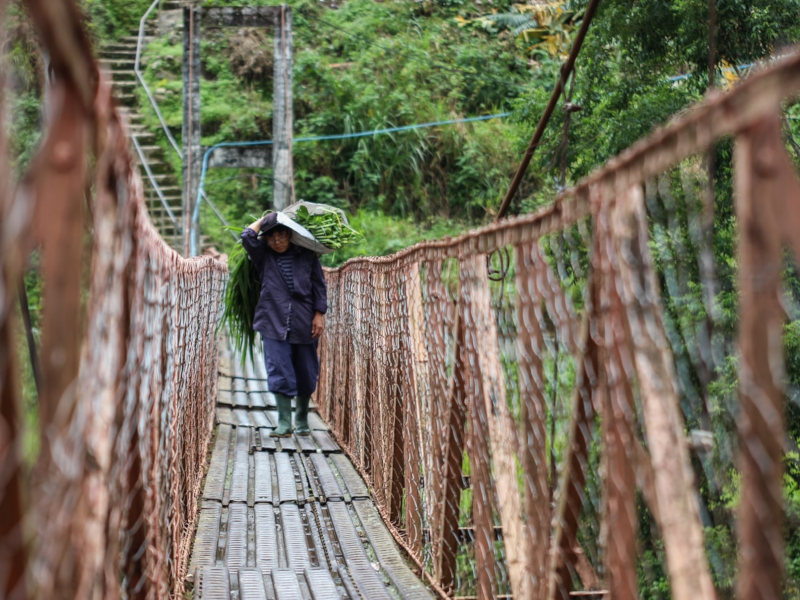 The people of Batad have carved the incredible Banaue Rice Terraces into the mountains over the past 2000 years. They are an amazing feat built by hand, stone by stone. Hiking is a popular activity for visitors. 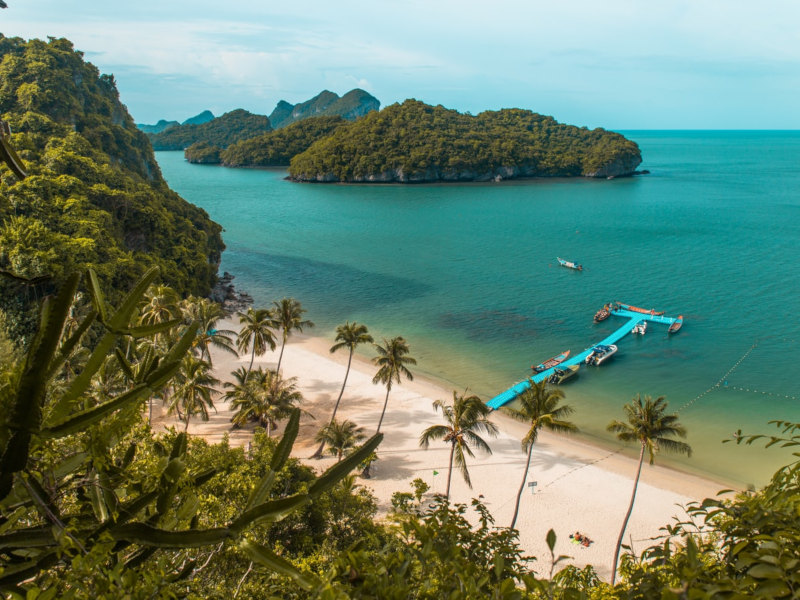 These three islands offer a less-touristy but equally beautiful alternative to the Andaman islands. Don’t miss the saltwater lake known as the “inner sea” on Ko Mae Koh. Get there with cheap flights to Bangkok. 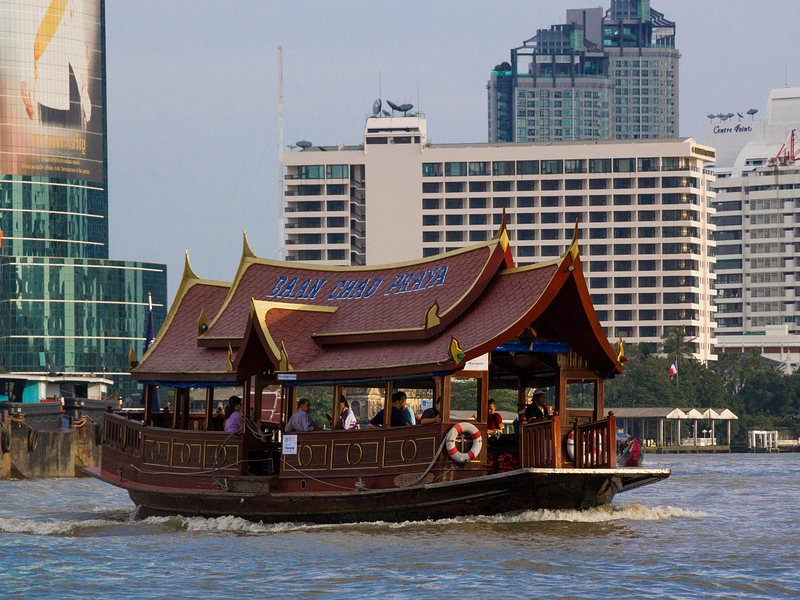 The best way to get to know Bangkok is on an inexpensive ferry ride along the Chao Phraya river, past fabulously glittering temples in the cool of the morning. 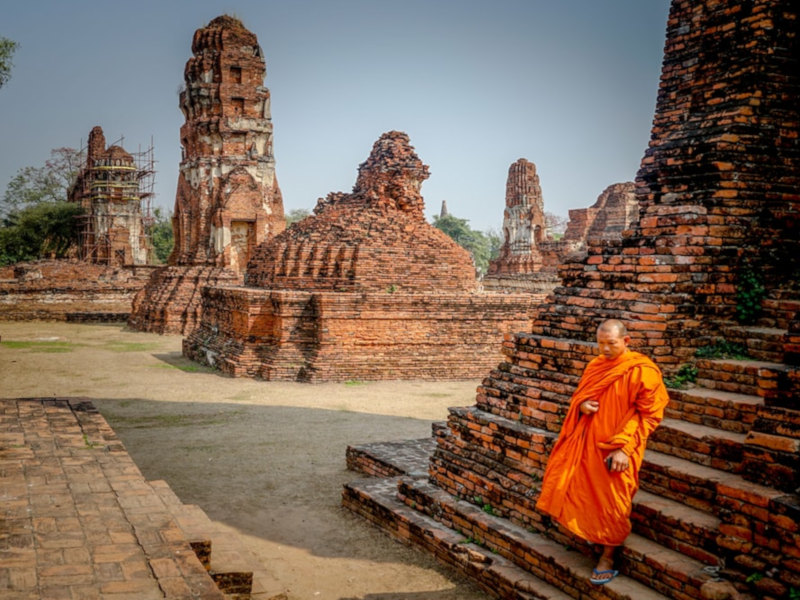 At one stage this temple city was the capital of Siam and has been the site of many a battle. The mixture of Thai, Portuguese, Japanese, French and Dutch influence is evident in the architecture. Hire a bike and wind your way through this picturesque town. 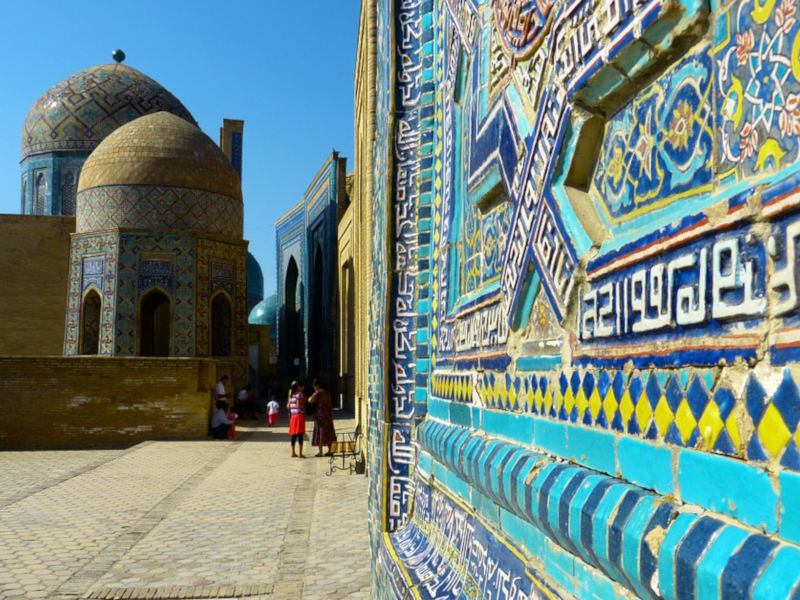 Known as the pearl of the Muslim World, this city is fast becoming a popular destination. The silk road brought rule from Alexander the Great and Genghis Khan. Today the sparkling turquoise madrasas are the main attraction. November to March are the best months to visit when the climate sits around 25 degrees Celsius.

Have you experienced any of these incredible places in Southeast and Central Asia? Share your hits, misses and highlights with us in the comments below.
While you’re at it, sign up to our newsletter now for a dose of travel deals and inspiration!

This post was updated November 2019. All information on this blog page was correct at the time of publishing and may change at any time without prior notice. Travelstart will not be held liable for loss or inconvenience resulting from the use of out-dated or incorrectly noted information.