Ever heard of the popular Swedish drinking game pen-in-bottle? Do you know what Jarping is? Or the reason why a bunch of people choose to hurl themselves down a steep hill in pursuit of a large wheel of cheese each year? In no particular order, Travelstart brings you 15 weird and wonderful traditions from around the world.

15. Make your way to the city of Oulu in Northern Finland for the annual Air Guitar World Championships 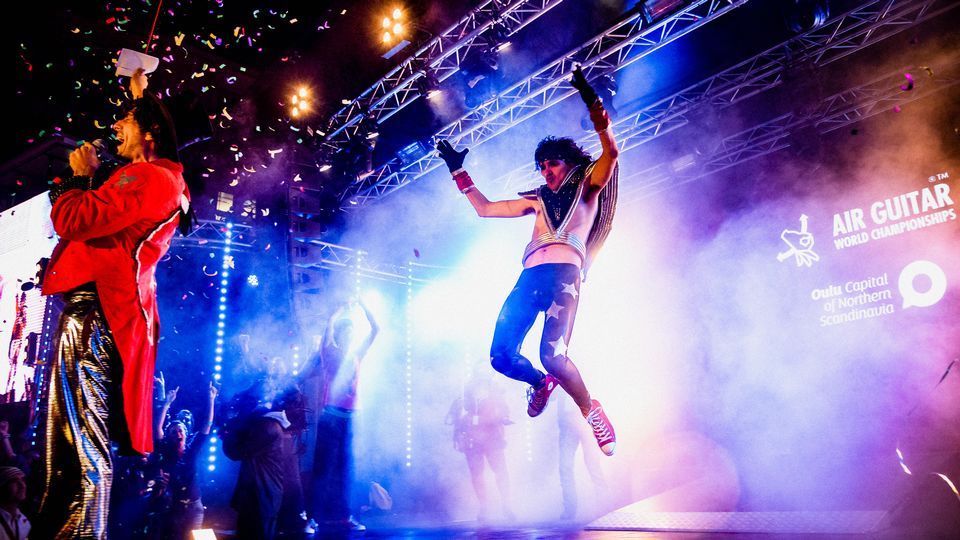 Rate your air guitar skills? There’s only one place to test them internationally and that’s at the annual Air Guitar World Championships each August in Finland. Each participant has to play air guitar on stage in two rounds, each lasting 1 minute. Their motto is, “Make air, not war”.

14. Take along your umbrella if you’re in Poland on Śmigus Dyngus 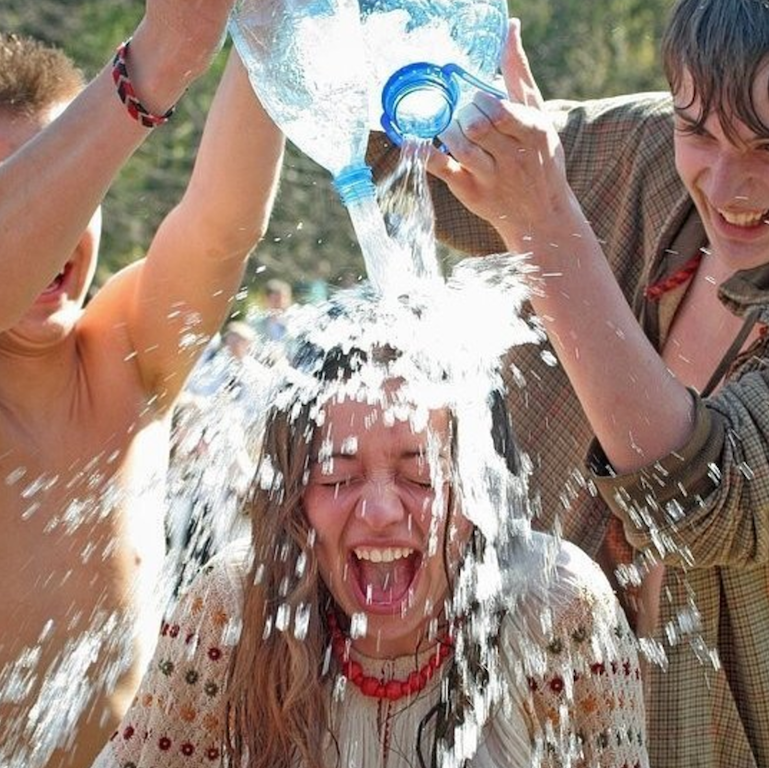 Aka wet Monday, Śmigus-dyngus is an opportunity to stage the ultimate water fight. Held each year on Easter Monday in Poland and Ukraine, participants blast each other with water to celebrate Easter. 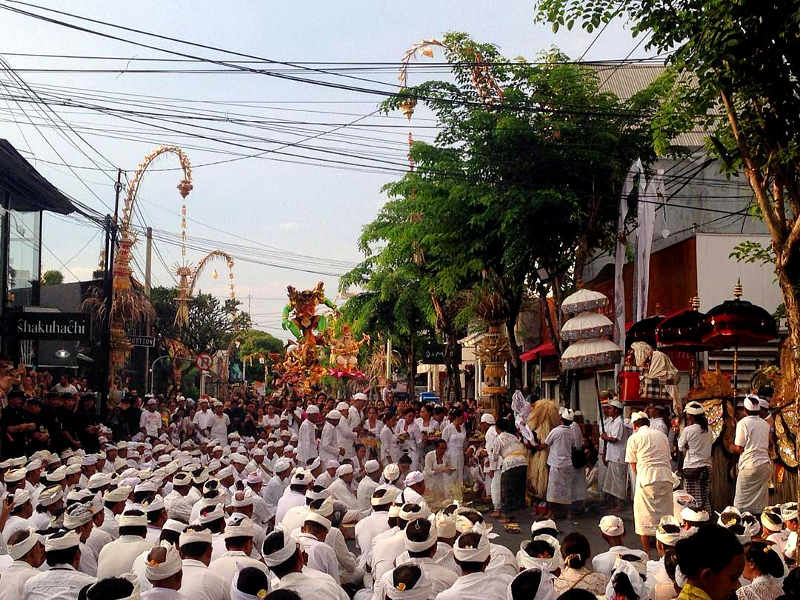 New Year is celebrated in Bali with a 24 hour period of silence and meditation known as “Nyepi”. No fires may be lit, minimal talking is allowed and no travel, work or leisure activities are permitted. The only people you’ll find outside the home are the Pecalang, the traditional security men checking to see the prohibitions are being followed. On this day the usually bustling island comes to a standstill with no flights in or out of Denpasar airport. The day following Nyepi is known as New Year’s day and is filled with socialising and celebrations.

12. Professional finger-pulling competitions in the Alps 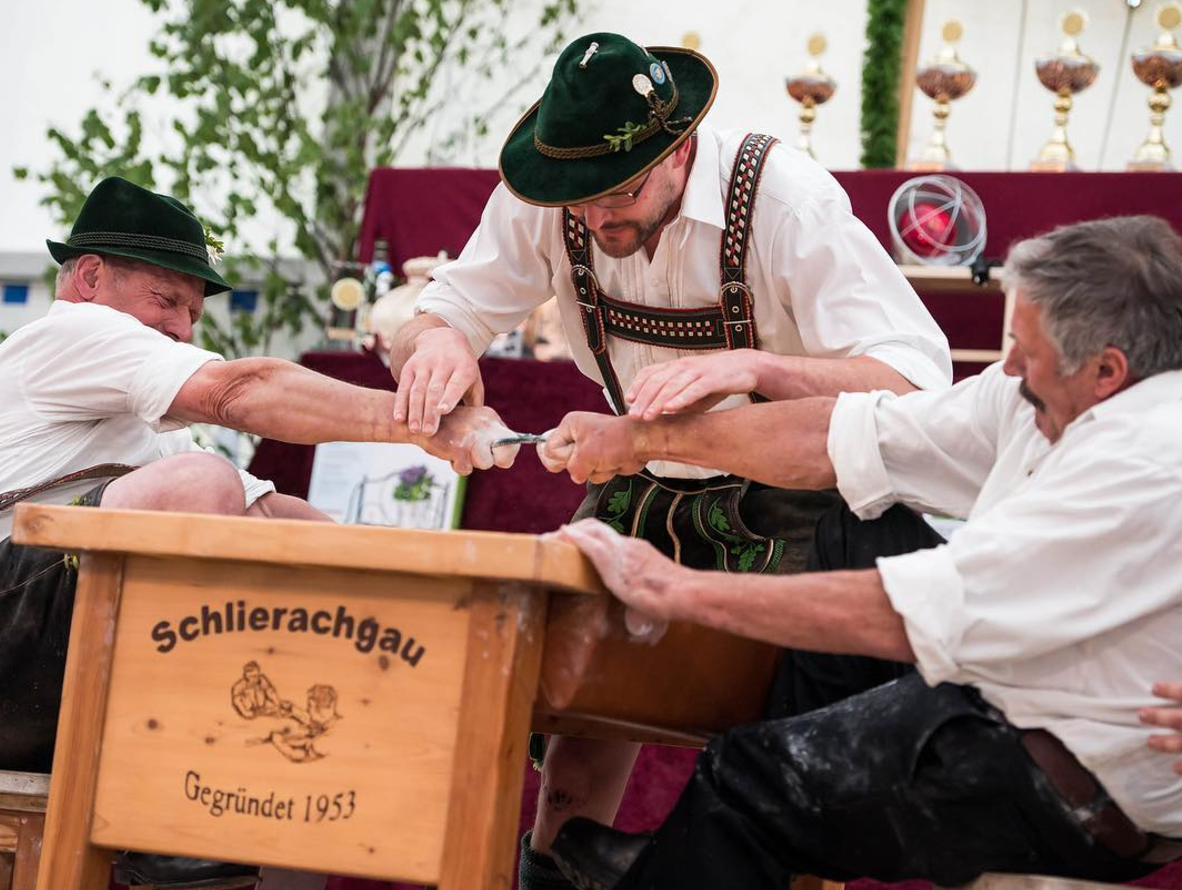 Finger-pulling is no laughing matter in the Alps. Finger wrestling was once used to settle disputes but is now a competition that is taken quite seriously by the contenders. The winner is the person who manages to pull the other contestant across the table, using only his or her finger! Contenders pick their digit carefully and subject it to rigorous training regimes involving crushing tennis balls and doing one finger pull-ups! 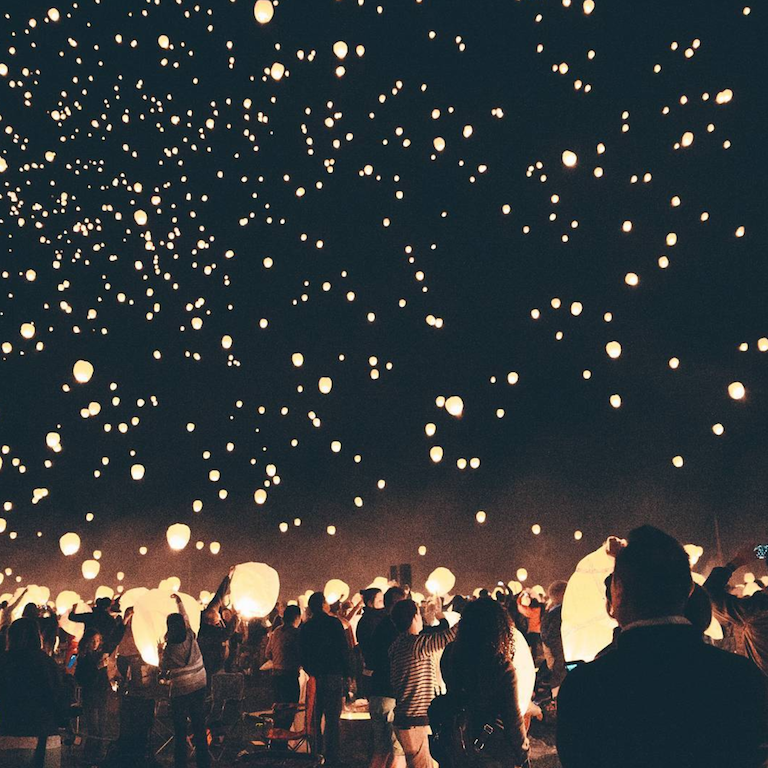 Watch thousands upon thousands of rice-paper lanterns take to the night sky on Yi Peng. One of the best places to watch this beautiful festival is in Chiang Mai. The festival takes place on the full moon of the 12th Thai month (usually November).

10. Join in the Cheese-chasing near Gloucester, England! 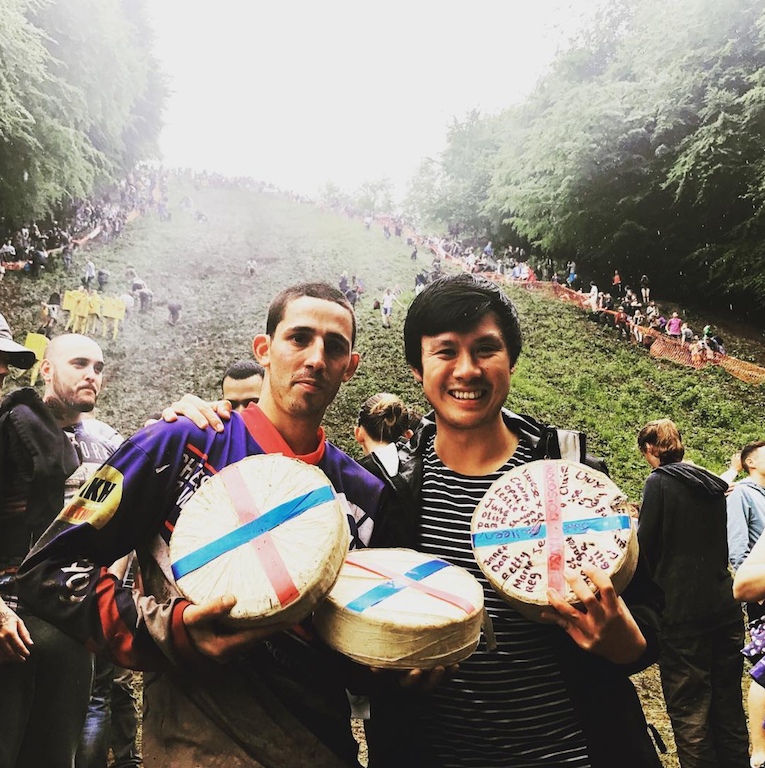 Every Spring Bank Holiday near Gloucester sees the annual Cooper’s Hill Cheese-Rolling and Wake take place. Participants line up in groups of about twenty to chase after a substantial wheel of cheese as it descends perilously down a steep incline. This “world-famous event” often results in injuries to onlookers, a great lump of cheese is quite a hazard when rolled down a hill at speed!

9. Play Ruzzola in Tuscany and Umbria 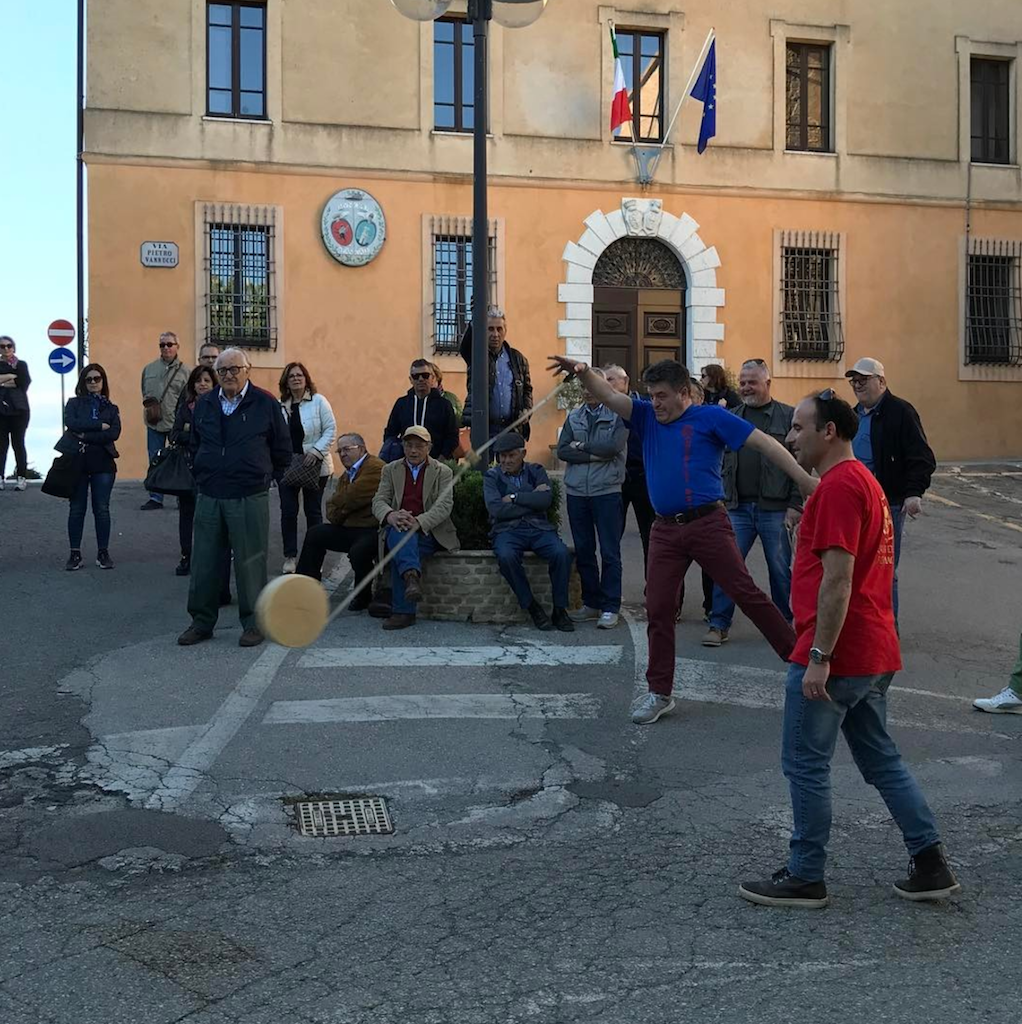 This popular game consists of throwing a wooden cylinder, roughly resembling a wheel of pecorino cheese, as far as one possibly can!

8. Jarping is a serious sport!

Jarping is a game where you try crack someone else’s boiled egg without cracking your own. This is very popular in North-East England and there’s even a World Jarping Championships in Peterlee, Durham, each Easter. 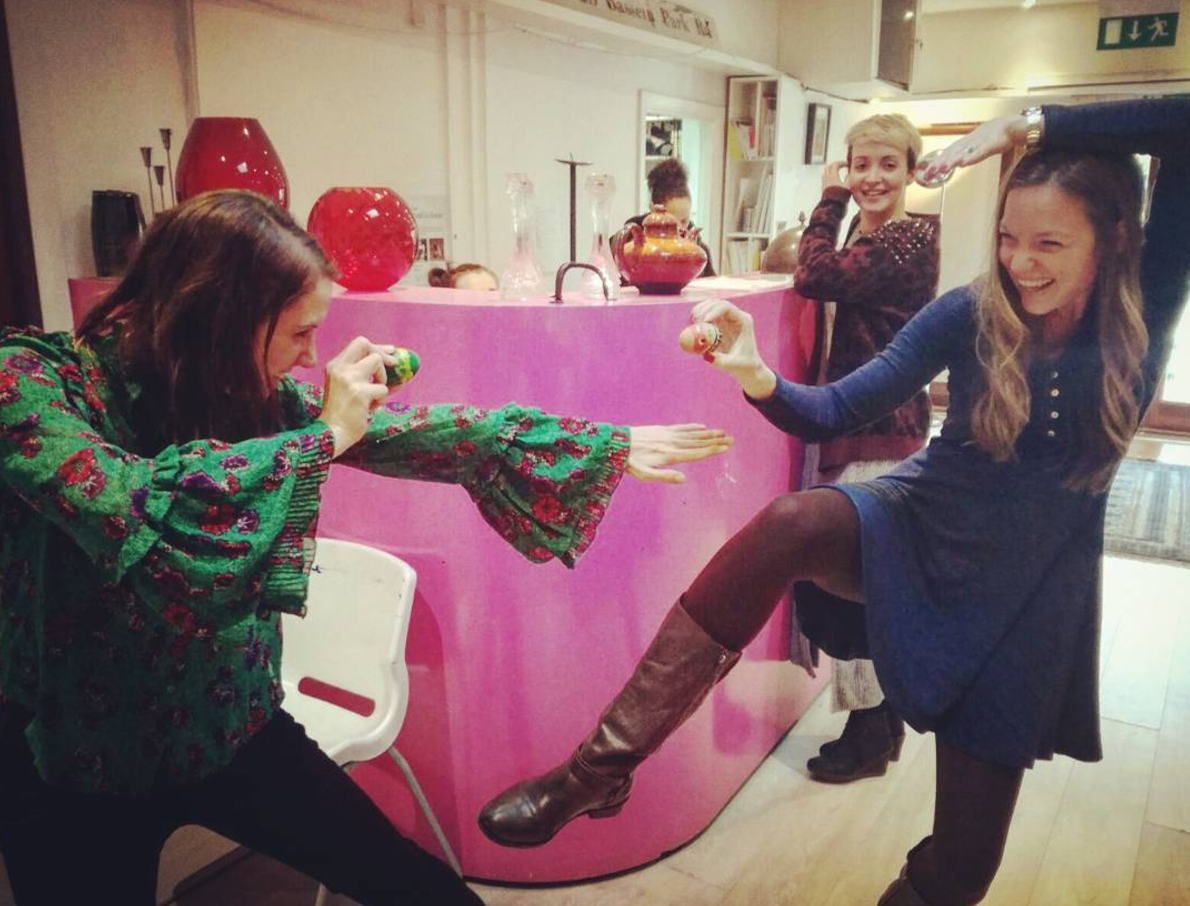 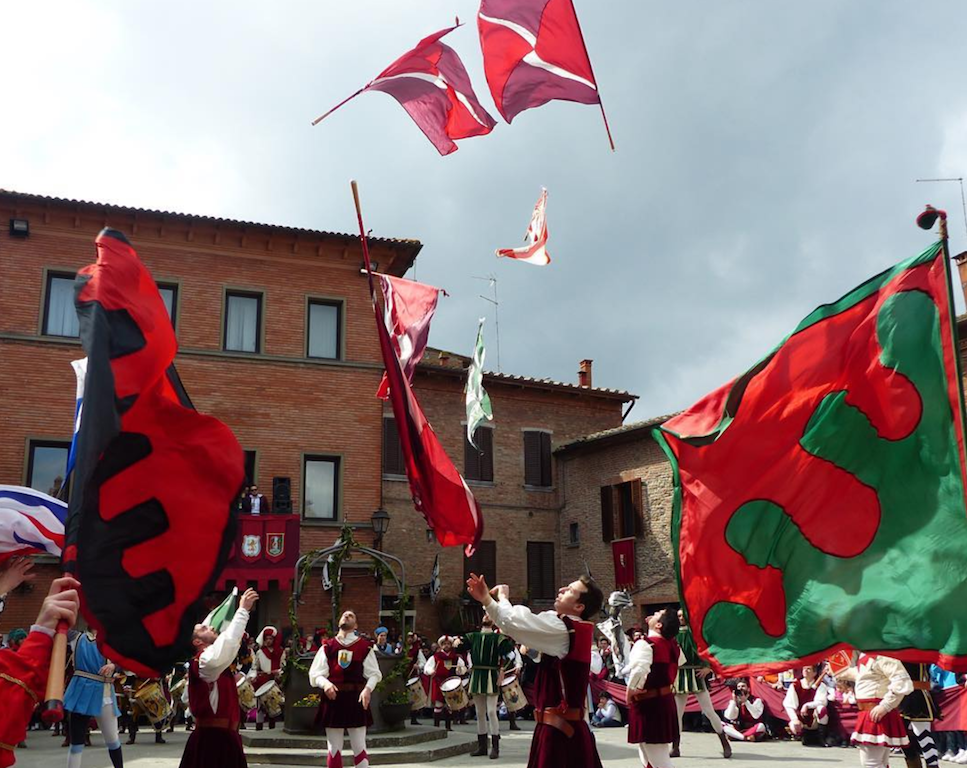 In Medieval times in Italy, a guild’s banner or flag was never allowed to touch the ground as it was considered a symbol of purity. The tradition of acrobatic and classical flag-throwing lives on with both boys and girls participating in this skillful sport.

And try out the food in Italy when you’re not tossing flags. See our Beginner’s Guide to the Best Food Spots in Italy! 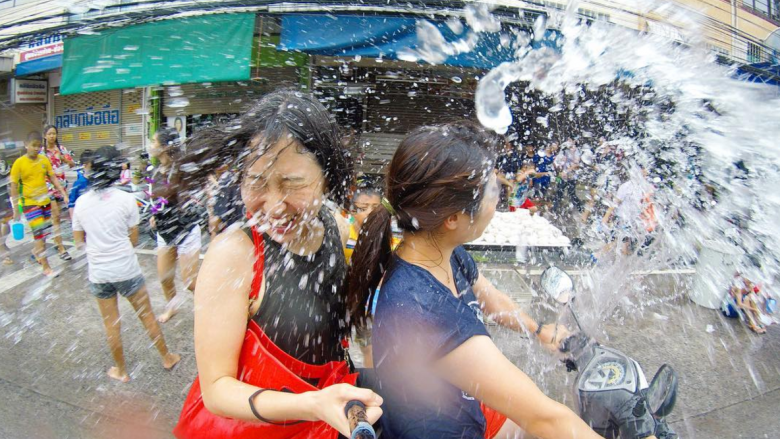 Songkran is the water festival which marks the beginning of the Thai New Year. Everyone takes to the streets on the 13 April with whatever water weapons they can muster. This has to be one of the most fun ways to welcome a new year! 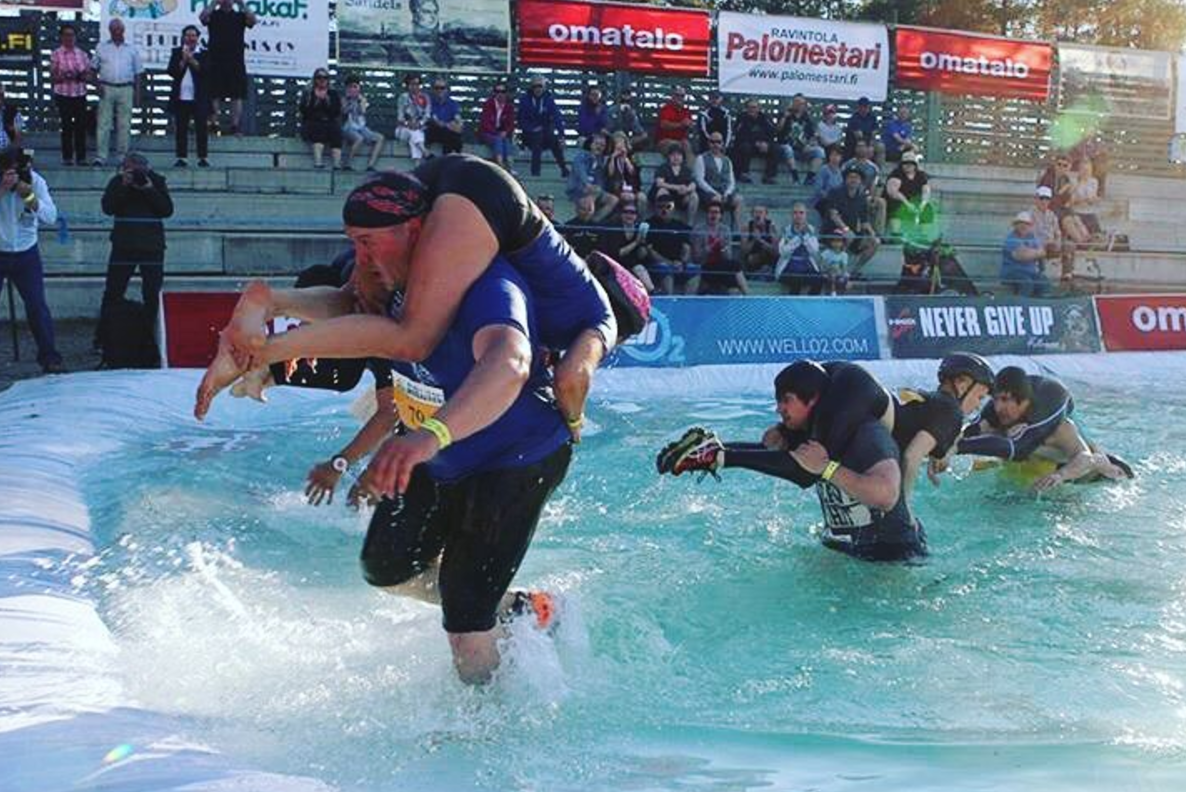 It may be a little outdated however the Wife-Carrying World Championships are held annually in Sonkajärvi, Finland with great fanfare and the prize is dependant on the wife’s weight in beer. Contestants have to carry their wives over a series of obstacles in the shortest amount of time. Different lift techniques are used ranging from piggy-back to fireman’s lift to the Estonian carry (seen in the above photograph).

This ridiculous but fun drinking game involves securing a pen on a length of string tied around one’s waist and then competing to be the first person to lower one’s pen into an empty bottle using one’s waist. 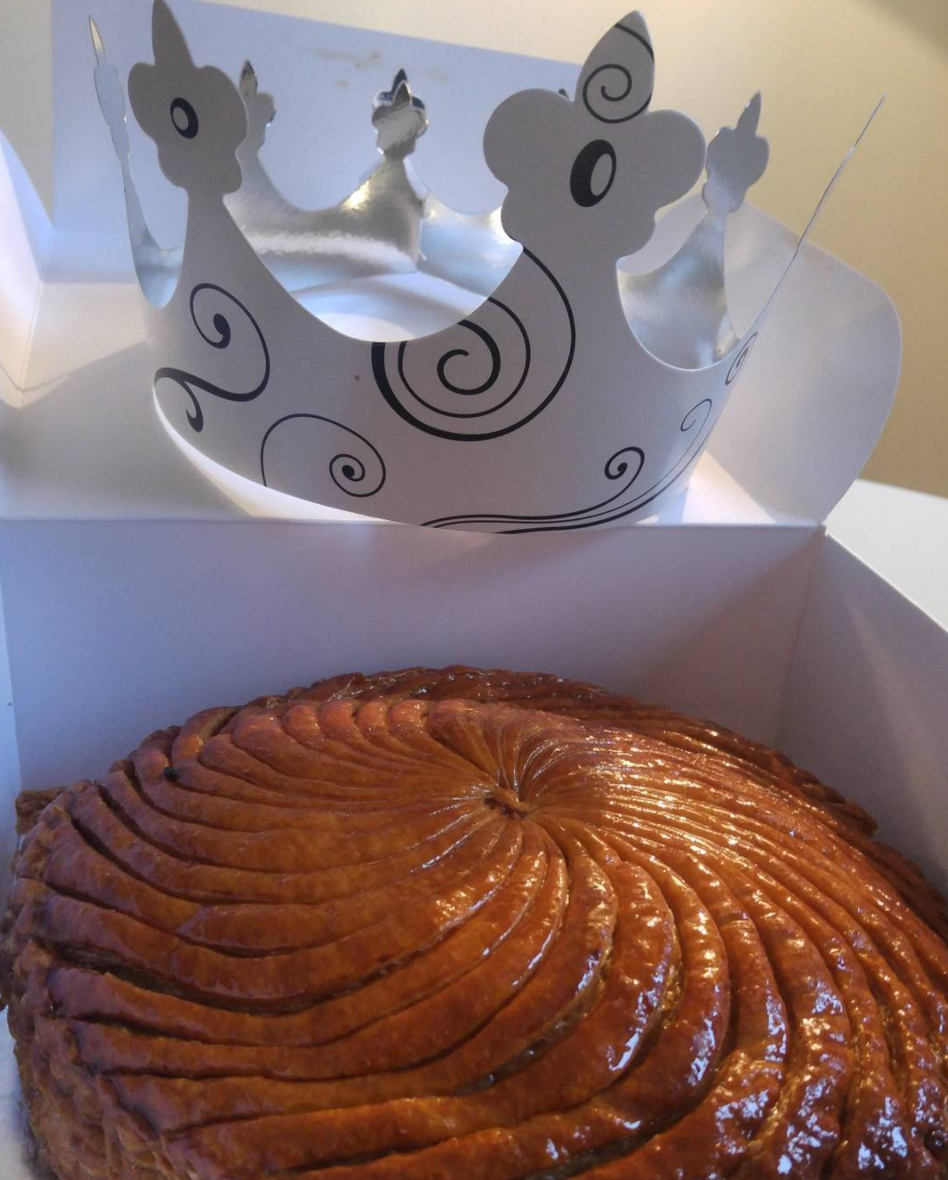 In France Epiphany is celebrated in January with a “King cake”. This cake is made with a pastry crust and a dense centre of sweet frangipani. The person who gets the piece of cake with a porcelain figurine inside gets to be the king for the day and wears the paper crown which accompanies the cake!

Keen on a trip to France? Find out how to get a Schengen Visa in 48 Hours!

2. Sitting down for a few minutes before leaving on a trip, Ukraine

In the Ukraine and Russia, it is traditional to sit down for a few minutes as a family before leaving on a trip. This is meant to grant you good luck on your journey (it’s also a good opportunity to remember anything you may have forgotten).

1. Jump over seven waves at New Year’s in Rio 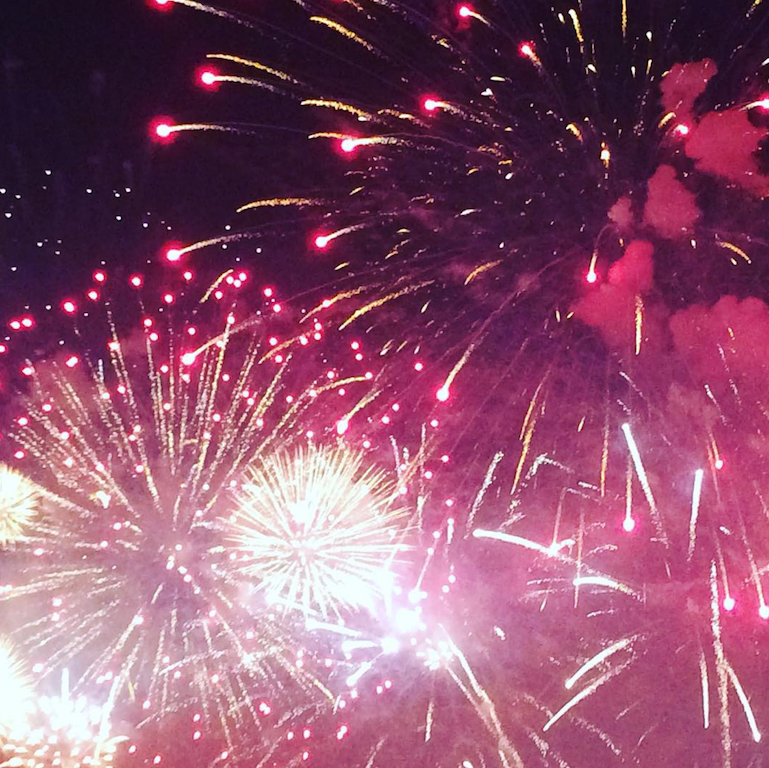 Celebrate New Year’s Eve on Copacabana beach in Rio de Janeiro with fireworks and a midnight swim in the sea for good luck. 2 million people descend on this beach for New Year’s all dressed in white and ready to party the night away. Part of the fun is the tradition of jumping over 7 waves while making 7 wishes for the new year.

Don’t have a passport, or need a new one? Check out our Guide to Your South African Passport Application and Renewal and start planning your trip!

Do you know of any cool or weird cultural traditions around the world? Have you attended any of these? We want to hear from you in the comments section below!

And sign up for our newsletter to get more great travel articles like this one sent straight to your inbox and exclusive access to the latest flight deals.